What can one of the most widely read works of the 1900s teach us about living and surviving amidst a global pandemic?

a conversation with Yasmina Mélaouah 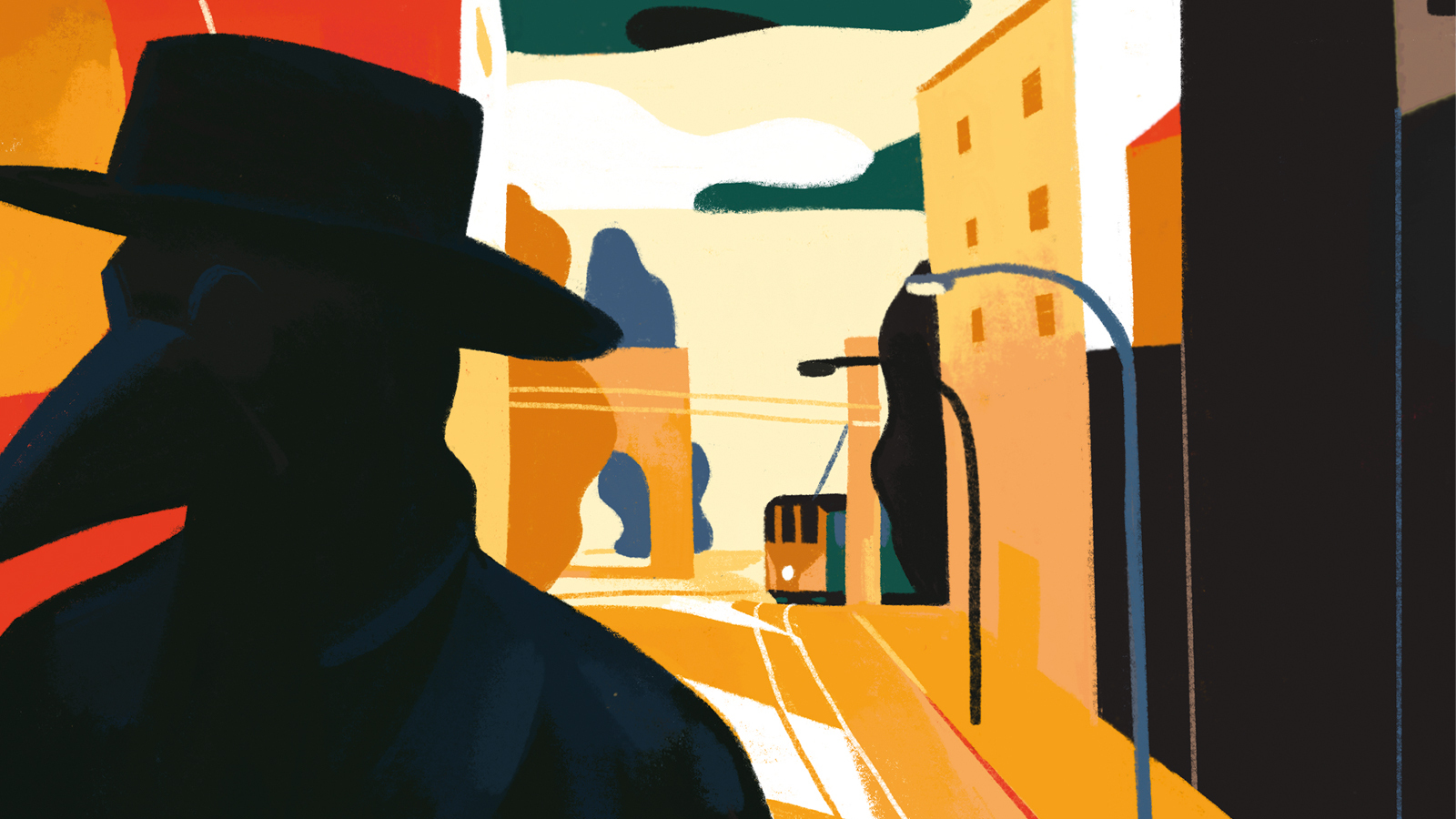 They say that literature foreshadows reality and that writers, the truly great ones, have the gift of precognition—one of those ‘superpowers’ which no one would ever choose to have and which some, starting with Cassandra, daughter of King Priam of Troy, would have gladly done without. Recently, however, a prophetic writer like Margaret Atwood, who is experiencing the male chauvinist theocratic apocalypse she predicted in her The Handmaid’s Tale more than 30 years ago, said something enlightening: “Writers do not predict anything. Their job is to talk to their readers to ask them if this is really the world they want to live in.” Meaning that we will always and, in any case, be in our own hands.

In Italy, during the initial days of the spread of what was to become the Covid-19 pandemic, Albert Camus’ The Plague (1947), José Saramago’s Blindness (1995), Giovanni Boccaccio’s Decameron (1353), and Alessandro Manzoni’s The Betrothed (1827), were among the most read works of fiction. Clearly, their appeal was due to the fact that they deal with a subject—frightening epidemics caused by more or less real or plausible viruses—which is tragically very timely and capable of rousing a fair dose of curiosity. And despite the books ending with scenarios that are in no way reassuring, and that are no less anguishing than those of horror or science fiction novels.

Camus—a son of humble pieds-noirs, French Algerians—published The Plague when he was already an esteemed intellectual with strong anti-fascist feelings. He had broken his ties with the French Communist Party and with his friend Sartre, had authored The Stranger, and was a fervent supporter of democracy in Arab countries and humanist ideals. As soon as it was published, his second novel was a huge success with both readers and critics. It is considered one of the most outstanding novels of the twentieth century, still a global long-selling book, and widely quoted and translated. The most recent Italian edition was brilliantly translated by Yasmina Mélaouah, who has given a voice to authors such as Colette, Genet, Pennac, Vargas, and de Saint-Exupéry, among others.

From Milan, where she lives, and where these days the mostly deserted streets resound with megaphones that order to stay at home, she recollects her first encounter with this classic: “I was 15, and our French teacher had made us read it during the year. When I had to re-read it, in order to translate it, the same details that had stuck in my mind at the time came back to me. First of all, the initial scene, when the doctor comes out into the dark corridor and runs into the first dead rat. That is actually a scene that has continued to play itself out in my mind my whole life […]. Then, the finale, when the quarantine ended, and the doctor crossed the celebrating town.”

The Plague, set in the coastal town of Oran—”an everyday place, merely a simple French prefecture on the Algerian coast”—starts off with a general sense of disbelief. Camus wrote: “Our fellow citizens had not the faintest reason to apprehend the incidents that took place in the spring of the year in question and were (as we subsequently realized) premonitory signs of the grave events we are to chronicle. To some, these events will seem quite natural; to others, all but incredible.”

It was April 16 in the second half of the ‘40s. Doctor Bernard Rieux had left his office like any other day, and, in the middle of the landing, stepped on a dead rat. An unusual event, for sure, but one that could have just ended there. However, one rat became ten, and then hundreds and thousands. One man and then another and another fell sick, all with the same illness: Fever, growths ripping open the skin, and pains in the neck, armpits, and groin. People were starting to die. “It was as if the earth on which our houses stood were being purged of its secreted humors; thrusting up to the surface the abscesses and pus-clots that had been forming in its entrails.”

This is how the contagion started; in silence, on a morning just like any other: Isolated, hungry, unable to stop the plague, the city became a stage where the good and bad of society, always on the borderline between disintegration and solidarity, could put on their show.

In Camus’s mind, however, that “plague” stood for something else. “In 1947, the world was recovering from another tragedy, that of Nazism, and the novel was also a metaphor for that supreme evil, in Camus’ intentions,” explains Mélaouah. “Actually, any virus, even today’s, could be a metaphor for something else. Camus intended to write an allegory of occupied France, and at the time, some criticized him for not being forthright and using an invisible enemy instead of one in the flesh. However, allegories are powerful rhetorical figures of speech that can be “superimposed” on many other circumstances. The Plague is a metaphor for a human community that discovers evil and needs to find ways to deal with it. I believe that all epidemics confront humankind with this.”

“After the contagion,” Camus writes, “fear began, and with it, serious reflection.” Over the coming months, we will live amid disorientation. Our future is uncertain, even for simple things like going to a restaurant or planning a vacation. We will all have to stop and come to grips with our fragility. So we need a clear head and, above all, competence. Since this emergency started, countless scientists, thinkers, philosophers, and artists have attempted to allay fear with reasoning, exploring the defense and reaction mechanisms of the human species. Mélaouah also tried to analyze the situation: “I strongly believe that the book’s key message is that humankind can only tackle evil when it becomes a community, a “we” rather than a “me.” The novel’s core message is that everyone must roll up their sleeves and work together. The sense of a community that we also feel strongly in today’s challenging times.”

The Covid-19 pandemic—the most significant healthcare emergency of our times — is forcing a veritable paradigm shift on humanity, making us focus on things that used to just pass, and remain unseen. We must now deal with idleness, a lack of social interaction, and the deafening silence that has returned to our cities, like an animal banished long ago. The Plague says “It is in the thick of calamity that one gets hardened to the truth—in other words, to silence.” Regarding this statement, Mélaouah comments: “Since I don’t like noise, I found the silence in the first few days to be wonderful. Now it has become a haunting shadow.”

When you come to think of it, silence is also the “noise,” or the backdrop, of reading: “And of concentration. Looking to the bright side, this situation is helping us realize what really counts for each of us, the core of essentials among the many things we think are important. This forced pause will help us to do a bit of clean-up, and throw overboard what’s unnecessary, on all fronts.”

When Camus decided to examine the tragedy of the plague through the eyes of a doctor, he certainly wasn’t dealing with the thousands of healthcare professionals we have today, people who in this period are risking their lives and those of their families to look after Covid-19 patients. “I feel that he wanted the point of view of someone who, more than anyone else, had to get their hands dirty. He didn’t want a philosopher aspiring to be a saint, like Tarrou, or someone like the journalist Rambert, overwhelmed by emotions, and even less the viewpoint of the writer, Grand, someone who spends his time filing away at the same sentence. He wanted someone who would stick his hands, concretely, inside evil, lancing the abscesses, curing the bodies of the plague victims because evil demands concrete actions, and only later it can be reported.”

Who would Mélaouah choose to narrate the story on Covid-19 in a hypothetical novel of the future? “Probably a checkout clerk from a supermarket chain. […] I would like it to be told like that, from below. After all, the part of the novel that struck me the most was when Tarrou said that his moral is “understanding.” Meaning that we must also feel understanding with regard to people who, overwhelmed by panic, have raided the supermarkets.”

After the November 2015 terrorist attacks in Paris, many people re-read Hemingway’s A Moveable Feast. After Notre Dame burned in April 2019, sales of Hugo’s Notre-Dame de Paris skyrocketed. So many people reading the same books when disaster strikes is perhaps a little like huddling around a vital message broadcast on all channels, or listening to the daily Civil Protection conference: someone speaking for the good of all. “The point is that as members of humankind, we all react the same way,” says Mélaouah. “We seek comfort, a reflection of what we are experiencing, answers, and even distraction. Then there is also the slightly higher comfort in reading, as it talks about the same situation you are in, but at the same time links it with that of everyone else and pulls you out of it. It is like when you go to watch a horror film to exorcise certain fears, like the catharsis of theater.”

So what else could help us out at a time like this? “A good place to be in hard times is Charles Dickens, any of his novels. With him, you laugh, you cry, you get carried away. He takes you everywhere, from tragedies to comical situations. Dickens wasn’t afraid of sticking his hands into humanity.” We can only wait for the Manzonian rain to free us from all this.