The dictatorship of the clock

Neuropsychologist Marc Wittmann tries to solve the riddle of felt time, where neither too much or too little is ideal. 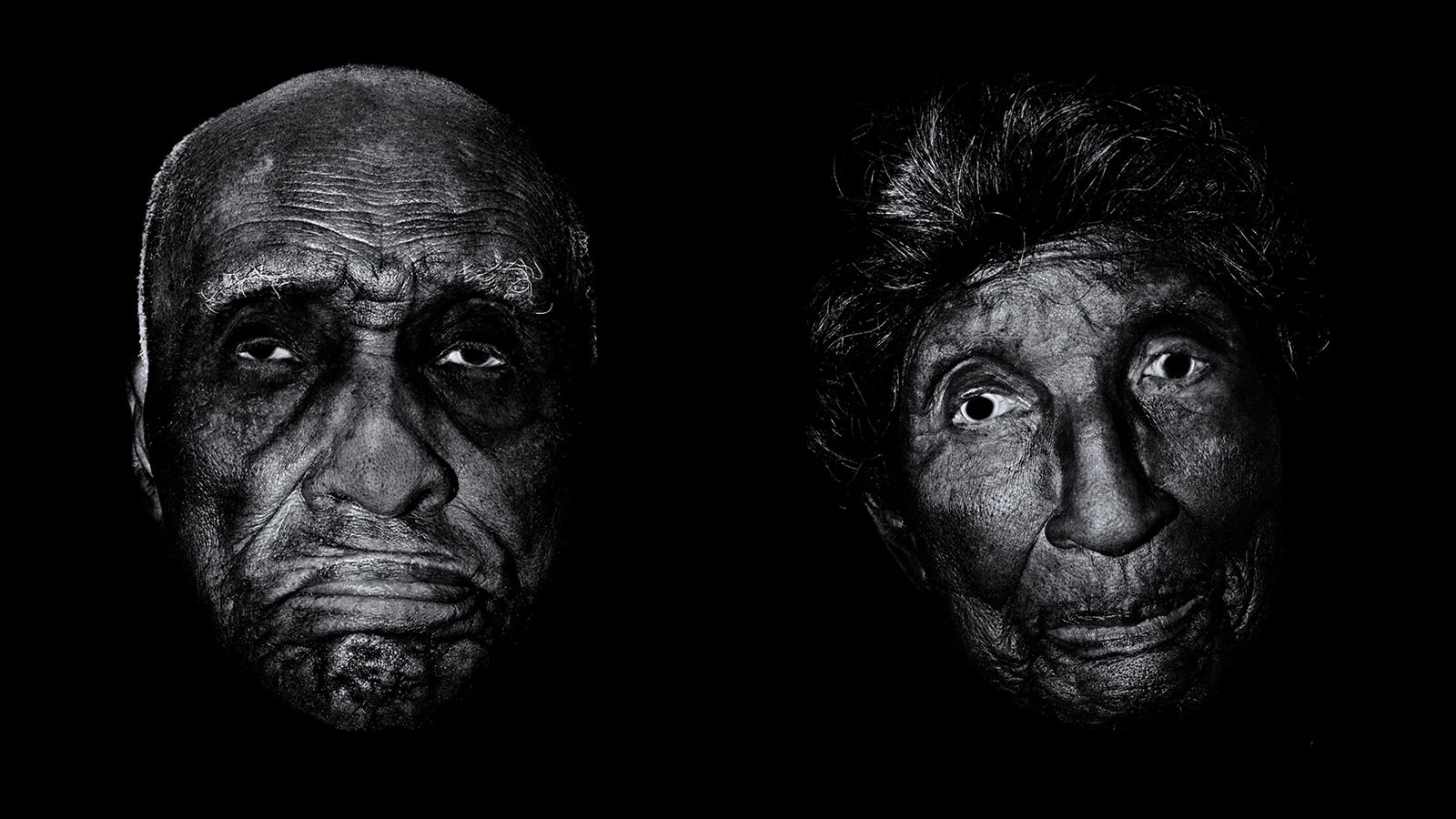 There’s no way to escape the dictatorship of time. The hands of the clock rule every instant of our lives, and keeping an eye on the hours and minutes has become, in our society, the norm. Is it inevitable that the passage of time has such an important role? “Everything is organized in time. Our own perception and our behaviors are organized in time. Our whole life basically evolves over time,” explained Marc Wittmann, a neuropsychologist at the Institute for Frontier Areas of Psychology and Mental Health in Freiburg and author of the MIT Press book, Felt Time. “Next to space, time is the second big organizational principle of the world and of our perception of it. Why is this? Because in the world as we perceive it—if you don’t go into experimental or quantum physics theories—time looks like an arrow that goes from the past to the present, and then to the future. We have to adapt to these timing properties of the world, also for biological survival.”

In different civilizations, even if they are contemporaries, there are varying concepts and perceptions of time: how is that possible?

There’s not just one perception of time; we have several time domains. In the most basic time domain—which is the immediate perception of the passage of time and duration—I would say that in many respects we are all very similar. If we are in industrialized cities like Berlin or Milan we perceive the passage of time in seconds, but this is not just about us. In cities we have to avoid cars, and people in the jungle have to avoid snakes, but the sensory and motor timing is similar. Then, there are different levels of time perception, which depend on cultural influences.

You could take extreme examples from indigenous people who don’t have a tradition of recording time. They only have the memory of people with whom they have lived, back to grandfathers or great-grandfathers. But maybe the most prominent feature is the difference in time perception that the late Robert Levine made. In A Geography of Time, he explores different perceptions of time in the world, using the empirical assessments of his international students. Levine argues in the book that our goal should be to try to live in a “multitemporal” society in which we learn to move back and forth among nature time, event time, and clock time, charting our own geography of time. In general, we could say that in industrialized nations there are differences between cities and rural areas. Levine distinguishes people who are time oriented—they are always checking the clock to be on time—from people who are event oriented, because they first have to finish an activity before they start the next one, and they are not directed by their clocks. In Brazil, for example, in São Paulo people are more clock-time oriented, while in the countryside people are more event-time oriented.

In our western society, in general, we are addicted to time: we can’t help but look at the clock, even if we have nothing to do. Why is that?

That happened because of our work socialization, where we have to be at work at 8:00 a.m., at 12 we have lunch, at 3:45 pm we have a meeting, and so on. We have all of these events that we have to synchronize. We also could say that the success of industrialized nations depends on people referring to clock time and synchronizing with it. People, therefore, are able to work together efficiently. And that’s how the economic success of our societies happened. But we are doing this all the time. Even if it’s the weekend or when we are on vacation, we can’t switch off this mode. We are like hamsters on the wheel: if suddenly the wheel stops, we still have this inclination to run and run. It’s very difficult to switch off this future-oriented mode based on clock time, calendar time, and appointment time.

Where does our sense of time come from: is there a specific area of the brain that deals with the passage of time?

On an elementary level—as you feel time, for example, waiting for a train for seconds or minutes—we don’t have a little ticking clock in our heads. But I would say that it is related to our body perception, our sense of bodily self. Let’s say you are waiting for the train without doing anything: you feel time very clearly. But if you are distracted away from time, because you’re having a great conversation, then time passes quickly—because you don’t attend to it. Why is that? Because you don’t feel yourself.

This is also corroborated by my research on the insular cortex, a region of the brain’s cerebral cortex which is related to processing body sensations. If you feel cold, warm, pain, hunger, or thirst, the insula is activated. But this region is also triggered when you judge duration in seconds. This adds to the intuitive notion that our bodily self is related to subjective time.

What kind of role do smartphones play? Has their pervasiveness in our lives somehow changed our relationship with time?

Maybe we could say that we are not used to waiting because we are always on our smartphones so any waiting time can easily be killed. But if our phone battery runs out while we are waiting for the train, then suddenly we panic, because we have to face empty time with ourselves. And that’s interesting because it means that we are bored when we are with ourselves and that we are always looking for entertainment, for some activity that allows us not to be alone. We could argue that, because of smartphones, we are less and less capable of spending time alone. Waiting 20 minutes for a train while doing nothing is already unbearable, while it was normal 20 years ago.

Is it important to spend time with ourselves, for our mental health, for example?

What you could say is that we need free time to be creative. Maybe you have to go through a phase of boredom to get some sort of inspiring ideas, of what to do, what to change about your behavior. Even if you’re puzzled about a problem—about life, or work, if you have constant inputs then your mind won’t process these problems, because your brain won’t have time to digest them. When you are bored, and you don’t know what to do, then suddenly you might have a spark of an idea, that comes from nothing. But this can only happen if our mind has time to produce this spark, without constant inputs.

You claim that time could also be an error signal, what does that mean?

It’s an everyday experience. Normally, we don’t constantly think about time: we do what we need to do, we drink coffee, we chat with friends. “Error signal” means that suddenly we realize that something happened too fast or too slow. Slowness refers to the classic waiting situation, but also when our flow is interrupted. Maybe you are on the motorway: driving, listening to music and whistling. You don’t feel the passage of time. And then you’re suddenly in a traffic jam and you’re out of your flow state and you start to feel time. That’s the error signal.

But it could also be in the other direction, when something happens too fast. For example, you’re in a restaurant with your girlfriend or boyfriend, you order your dinner and you have just started to chat and the first course is presented. It was too fast, right? Because you wanted to drink wine and chat… Again, that’s the error signal: because according to what you were expecting and what you are used to, it was too fast.

This distinction between slowness and speed and the different ways that we perceive time are also crucial to the relationship between the perception of time and mental disorders. Could you please explain this relationship?

One of the key symptoms of depression, anxiety, drug dependency, schizophrenia, and many other pathological disorders, are that time consciousness and self-consciousness are mutually disturbed. For example, patients with depression or anxiety feel that they are stuck in time, that there’s no future, and they also report that time passes slowly. Moreover, these patients have a hyper-awareness of themselves. Again we see the relationship between the self and time. Because depressed patients are hyper-aware of themselves they feel stuck in the present moment.

You said that when we are doing something that we like, or when we are busy, it seems like time is running, but when we do nothing, time stands still. Does this perception conflict with our perception of time accelerating as we grow older? Elderly people have said that for them, time never passes, even if they have little or nothing to do.

There are two different time perspectives. If you ask an elderly person what is happening in the moment, if they have nothing to do they might say that time is passing slowly. But this is only one perspective. The other is in retrospect: if you have nothing to do for days or weeks, then you won’t accumulate memories and when you look back, time will have passed quickly.

There are close relationships among increasing age and increasing subjective passage of time. The older we get, the faster time passes. This is related to memory, because over time we have more routine in our lives. When we were young and had our first kiss, first beer, first summer vacation without our parents, we had firsts for everything. When we leave home and go to college everything is new. This is recorded in memory and then, when you look back, time expands. But if someone is 50 years old, they might have spent 30 years in the same city, doing the same job, going to the same places, and when these routines set in, they don’t memorize them because the memories are all the same. And so it might seem like time flies. Because, in retrospect, routine kills time.