Death to the jackals

Climate profiteers might seem to all belong to the same category of entrepreneurs, but not all are helping the green revolution. 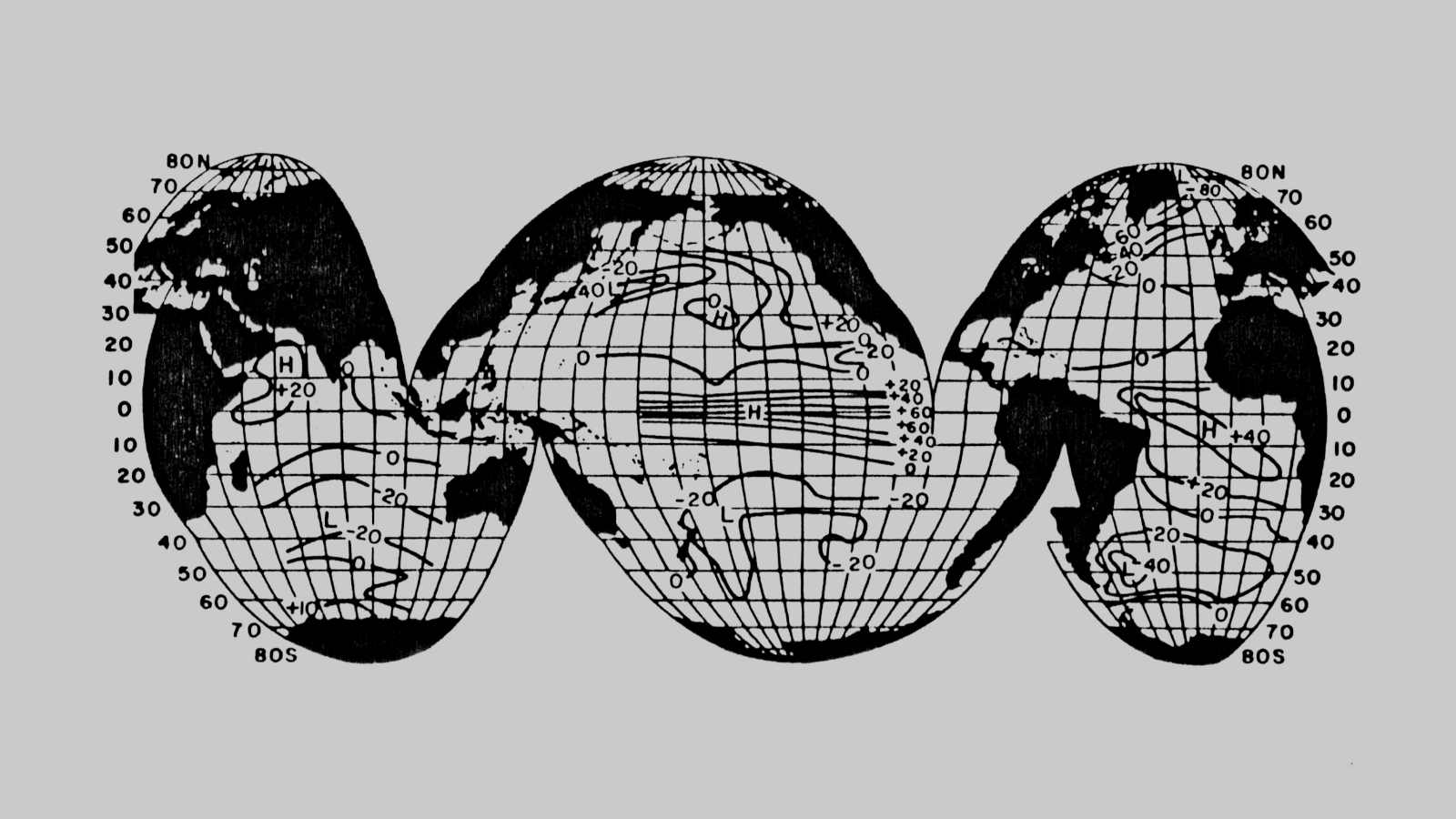 They say that, in Chinese, the word “crisis” contains a character meaning “opportunity”: this doesn’t apply to the Mandarin language, but it does to the finance sector. It’s pretty rare for a crisis to produce complete destruction of wealth – most of the time, this simply shifts from the losers to the winners. The incumbent climate change catastrophe is no exception: even if the most apocalyptic scenarios actually happen, there could still be room for investment or enrichment. Actually, those who have identified such opportunities have already placed their bets. This is climate profiteering.

At first sight, climate profiteers might seem to all belong to the same category of entrepreneurs. However, there is a fundamental distinction: that between those who aim at making money by exploiting the green revolution and those who foresee good business in the aftermath and do not have any interest in preventing it from happening. Both fronts are very actively supporting their own cause. For example, on the eve of December 2018’s Katowice Climate Change Conference, the international community sent the heads of governments a letter asking for a quick and concrete answer to prevent the worst outcome of all. Those writing it were the representatives of 415 investment funds, owning a total of $32 trillion in assets.

Their equally determined opponents know that, in the event of a devastated world, control over key resources such as water will guarantee an invaluable economic (and therefore political) power. If salinity levels in the sea grew, rainfall diminishes and famine and drought became more frequent, access to water would be a pivotal factor. In 2008, Dow Chemical Company’s CEO Andrew Liveris told the Economist that “water is the oil of 21st century.”

All banking and financial industry’s giants, from Goldman Sachs to UBS, from Blackstone to JP Morgan, have been buying acres. Michael Burry, founder and strategist of Scion Capital, was among the first to think so and act accordingly: he was the first hedge fund manager to forecast the subprimes mortgage crisis. Burry was so sure of his analysis that he bet 1.3 billion dollars against what was thought to be the safest market in the world. After collecting the winning, he stepped back for a few months but went back to the game in 2013 with a new investment strategy focused on water and farmland.

Summit Global Management, de facto the first water-focused hedge fund, founded by CIA former analyst John Dickerson, is betting on the blue gold, too: his company buys billions of liters of water and bet on the hydric crisis in the Colorado and Murray lagoons, Australia. He’s among those mentioned in Windfall, a book authored by McKenzie Funk which in 2014 brought to the fore the climate profiteering and the commoditization of raw materials. In a world that won’t have managed to limit global warming to 1.5 degrees, water will be both a vital source and a problem. Thousands of billions of people now live by the coast: the sea level rise caused by ice melting is a direct threat that turns them into potential customers. Companies specialized in building flood barriers could then become highly interesting to investors looking for safe profits. There would be plenty of work for them, and quite profitable, too. According to Michael Cembalest, JP Morgan Asset Manager, building a defensive barrier to protect New York and part of New Jersey is worth 2,7 million dollars per meter.

Climate profiteers, though, are not just evil entrepreneurs, but also simple citizens hoping for a new gold rush. That is the case for the Greenlandic population, who is sitting on an invaluable mining treasure which could make them independent from Denmark. Companies such as American industrial corporation Alcoa, who planned huge investments in the extraction and processing of bauxite to be transformed into aluminum, already know this quite well. But under the Arctic ice also lies 25% of the world’s gas and oil reserves. Global warming is a blessing for oil giants such as Royal Dutch Shell, British Petroleum, Exxon Mobil Corp or Rosneft, too. Among those cheering for a polar cap melting there also are shipping companies: in a world with no ice, they could connect Asia and Western Europe without having to cross the Indian Ocean and the Suez Canal, saving up to $500 thousand each trip.

But Planet Earth is useful even if it doesn’t hide mining treasures or hydrocarbon deposits. In an overpopulated world dealing with desertification, the remaining arable lands will acquire enormous value. That’s why, over the last year, the practice of land grabbing, once limited to Africa, is now expanding to South America and Europe. Large plots of land have been sold in Ukraine and Poland, but the real promised land is Canada. The first to have such an intuition was Eric Sprott, a Toronto hedge fund manager who in 2005 wrote one of the first papers on climate investing.

In the paper, Sprott claimed water would become pivotal in the near future. But he also pointed out its weaknesses: it’s difficult to transport it from the areas where it is collected to those where there is a lack of it, and the water utilities sector has strict regulations. What to do, then? Sprott suggested buying a vast plot in Canada, a country where the climate would become mild and suitable for agriculture, a sector that could attract huge amounts of investments. This analysis is supported by the Canadian Department of agriculture, according to which the cultivable land should increase from 26% to 40% of the territory by 2040.

If Canada is too far away, one can still hope in the technologies enabling indoor agriculture and aquaculture, which are what many investment companies such as American Cambridge Associates are betting on. Nephila Capital is another company that deals in insurance and reinsurance specialized in weather risks. When it comes to climate change profiteering, imagination is the limit. Companies such as Key Point Capital have discovered that demand even for the short-term housing market, perfect for natural disasters (tornados, storms, floods, hurricanes) evacuees.

And this is the best-case scenario, because many people will be displaced for longer periods, even forever. According to the World Bank’s estimates, by 2050 there will be 143 million climate refugees across Sub-Saharan Africa, South America, and South Asia. Most of them will travel without documents, being de facto unidentifiable, thus posing huge challenges for its management but also a threat to the host country’s security.

They will find Big Tech to welcome them with open arms. Today, each one of us has a digital ID and leaves a trail of traces, of pics, passwords, emails, messages, geographic positions, etc. In brief, data, which are the new oil, just like Big Tech is the new oil tycoon. Developing countries are of special interest to companies like Mastercard or Microsoft, to name a few, as is shown by massive identification programs like Aadhaar in India and similar experiments being done in Kenya and Nigeria. In most cases, these biometric ID documents are also used as payment cards. Billions of unbanked people are being given a bank account. The purpose is that of generating a more inclusive economy. The serious risk is that of imprisoning billions of low-income people in the trap of debt. Big Bank is happy and Big Tech too, since it is interested in a broad and meticulous profiling.

But even without following these Black Mirror-esque thoughts, Wall Street can profit from climate change refugees in other ways. It’s interesting, in this regard, to read some news given to Bloomberg by David Vogel, founder and CEO of Voloridge Investment Management, a quant fund focusing on sectors such as agriculture, insurance and healthcare, in view of a large-scale emergency. Vogel didn’t go into detail, but he admitted buying vast plots of land at the border between North Carolina and Tennessee, convinced that the population migrating from coastal areas will inflate inland land prices. For its part, Monsanto/Bayer is already working on a new generation of extreme-temperature resistant seed, but also has many interests in anti-malaria products, an illness which due to increasing temperatures might sprout in the hottest areas of the US. Cool Futures Group, instead, is a case to itself. This archipelago of companies based in the Cayman Islands is betting on a reverse climate disaster: the threat according to them is not an increase, but a decrease in temperatures. An unexpected outcome that would render one of the most important geopolitical phenomena of the last decades vain: the scramble for the Arctic, which involves the main world powers, from the US to China, from Russia to Japan and the United Kingdom. A quick gaze into this new edition of The Great Game makes us understand that the outcome of the climate change challenge has probably been decided already.