One of the main obstacles for industries adapting to change is often their own legacies, and the automaker business is no different. 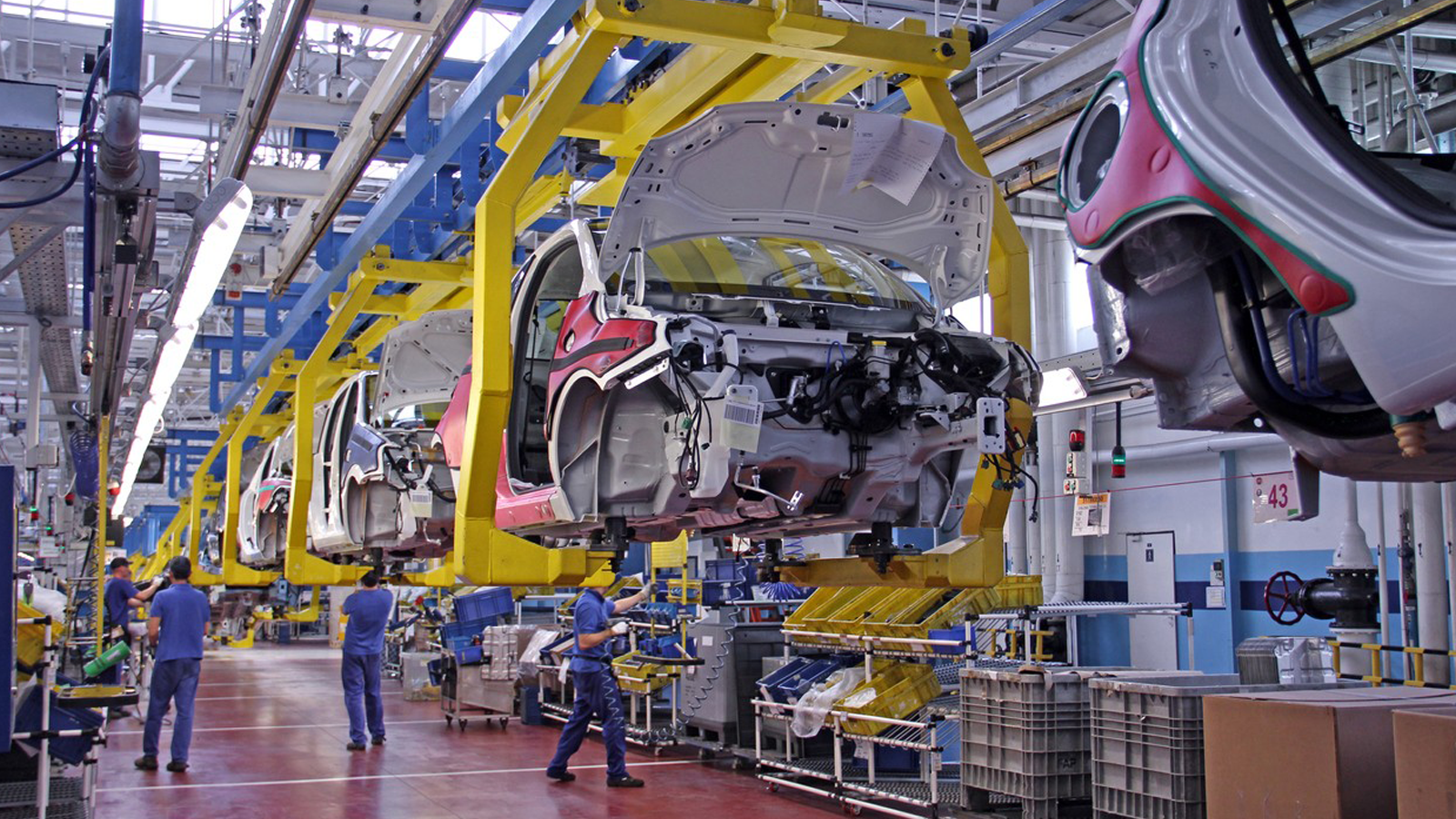 Some companies have been able to survive the technology transitions, with others even having emerged stronger as the industry was consolidated. However many players that were thriving in the past are gone today, and every one of these technology transitions sees new players emerge – players who were able to embrace the new technology without having to conserve legacy architectures, maintain current systems or protect existing business models.

Remember when the iPhone came to the market with its iOS operating system? iOS was built from the ground up for a new paradigm of touch interfaces and purpose-built apps. And it was architected to eventually empower a huge ecosystem of app developers. After being in denial for a while, Microsoft rewrote their mobile platform twice after trying to innovate on their existing platform. They even ended up buying Nokia. Today they are irrelevant in smartphone operating systems and the Nokia acquisition is written off. Market leaders like Blackberry, Nokia, and Motorola were wiped off the market and no longer play a role. Today the iPhone business alone is bigger than all of Microsoft.

A similar shift happened with Cloud Computing and “Software as a Service” (SaaS). I remember the struggles at SAP, Microsoft, and Infor to try to re-architect technologies and applications for the cloud and for a world of SaaS.

The incumbents ignored the shift as long as they could. They tried to protect their existing business models and technology investments. Much like in the car industry today, the software that was written for the world of on-premise systems did not fit the new world of cloud computing. Today players such as Salesforce.com and Amazon dominate the cloud.

It is difficult to embrace a new paradigm with legacy technology. More so than ever, technology becomes critical in delivering new business models. When I look at the Automotive industry today, I see a lot of parallels. The industry is facing disruptive change on multiple fronts: from connectivity to driverless cars, electric drivetrains and Mobility as a Service (MaaS). The more I learn about existing vehicle architectures and the ECU mess in today’s vehicles, the more I am convinced that we cannot build the future of mobility on yesterday’s technology.

Maybe the most transformational change will come with autonomous vehicles. The race towards robotic cars is on. Today, the industry is making rapid progress towards a future of automated and ultimately full autonomous cars. I think most of the folks who work on robotic cars daily would agree that despite the progress, there are still a lot of potholes that need to be avoided. At the same time, the race is intensifying. Disruptors like UBER desperately need robotic vehicles to make their business models work and to justify their high valuation.

Some of the leading OEMs are pushing hard to make autonomous cars a reality, and are undergoing a transformation into Mobility Services providers. They realize that future business models will be different from today. The engineering teams at these OEMs are under increasing pressure to deliver faster and faster. But existing legacy architectures are an impediment to achieving agility – like coming with that proverbial knife to a gun fight. You cannot compete at the speed of digital on a legacy architecture.

In the old world OEMs have relied on their strategic Tier 1 partners for innovation. But in the process, they have become too dependent on these suppliers, who themselves struggle in this new world. Existing players seek to extend the life of their existing platforms. Like we have seen with Microsoft, it is very hard to face reality and discard the legacy to start from scratch.

Legacy platforms have not been built for a world of connected vehicles. Tesla’s “Over the Air” updates have already proven to be disruptive to incumbents. As we move into a world of autonomous fleets, shared mobility and highly personalized connected vehicle services, data will be at the core of emerging business models. Using technology to turn data into services that can be monetized profitably is the name of the game.

But data is not only valuable. It can also be a liability. Connected vehicles will present a major cybersecurity and brand risk. You cannot duct tape a fragmented infrastructure and make it secure. Acquiring cybersecurity startups will not fix a broken architecture. You need to design with security in mind from the starting line.

When you talk to innovation leaders in Automotive, you can sense something and clearly hear the frustration. The passion of these people to innovate clashes with the corporate culture, existing processes and also the legacy technology that keeps engineering teams from innovating faster.

The systems that are being tested on the road today are still ways away from being production ready. We need platforms that are ready for series production. We can’t fill an entire trunk of a car with hardware. We need to make it cost-effective, and energy efficiency and of course fully Automotive compliant.

New Mobility introduces a new paradigm. Connected car platforms will be the brains of these vehicles. Microsoft did not lose its position because a competitor was able to do better than what they were doing. Companies such as Google and Apple, Facebook, Amazon fundamentally changed the way that the game is played. I am quite certain nobody will be better at building cars at the same scale, in consistent quality and low cost than today’s car companies.

Some of the big OEMs that have the financial means to do so are taking more development in-house. Most of the OEMs who can afford to do it bring a lot of the engineering of software and hardware systems back in-house in order to achieve the level of control and agility that they need. But the OEMs of today are not tech companies. They need platforms that help them focus on delivering solutions. Make their developers more productive to compete on the scale of tech giants. All whilst making them ship products faster and faster. And help them build for the best possible security.

Even if OEMs will be able to master these software and hardware engineering problems, the real challenge will be around business model innovation. Just like Microsoft, automakers will struggle with the fact that the products that helped them create global empires are now merely platforms for new mobility services.

The further we get on this journey towards autonomous vehicles, the more apparent the deficiencies of legacy architectures will become. Just like in the world of mobile computing or the shift to the cloud, those who try to take their legacy into the future will fall further and further behind. OEMs need to take control of technology platforms from Tiers 1 and stay independent of the tech giants. They cannot afford to lose control over the customer experience.

I think there is an opportunity for new players to build a next-generation connected vehicle platform that empowers OEMs in their battle with the tech giants and the new emerging players. That said, creating a new platform from scratch is a challenging. Software is one thing. Hardware is a harder. Building a platform that is truly strategic in the future of mobility, and at the same time meets the regulatory and compliance requirements in Automotive is a real challenge. Can it succeed? Will a new player emerge or will the incumbent be able to protect their turf? We shall see. 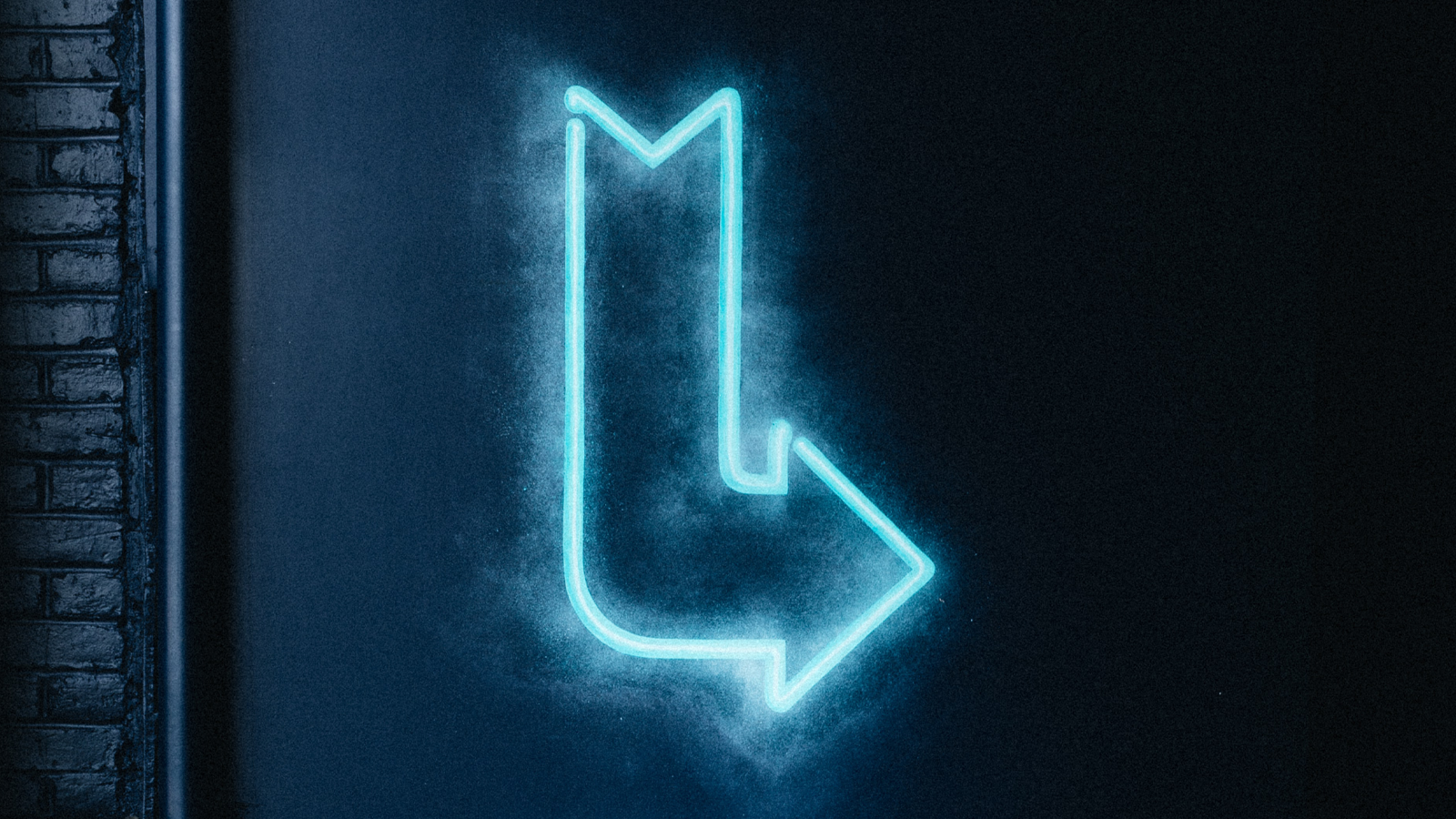 Mobility is not a one way street

In the car industry, cross-pollination of ideas between all parties is paramount to their mutual success. 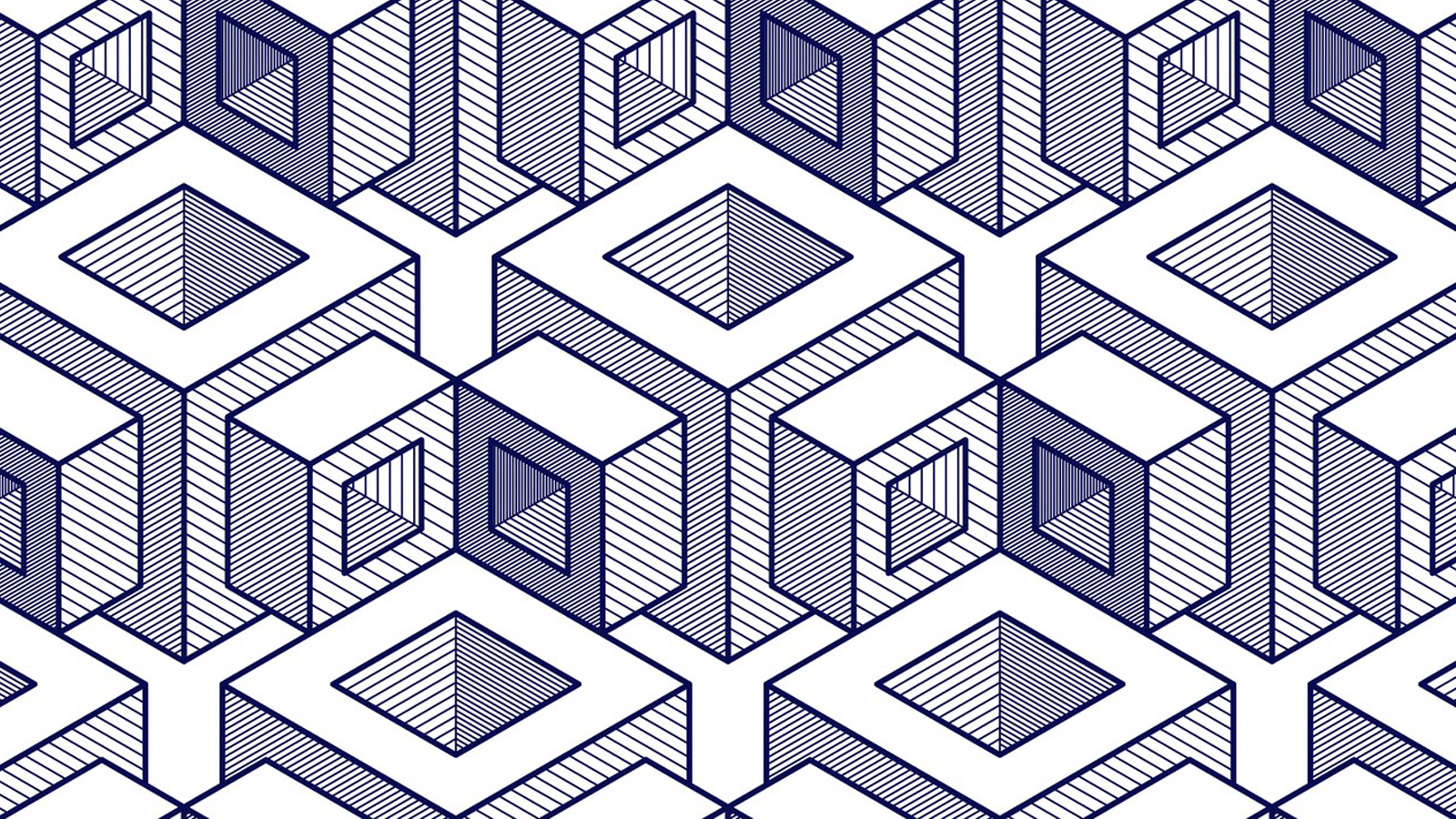 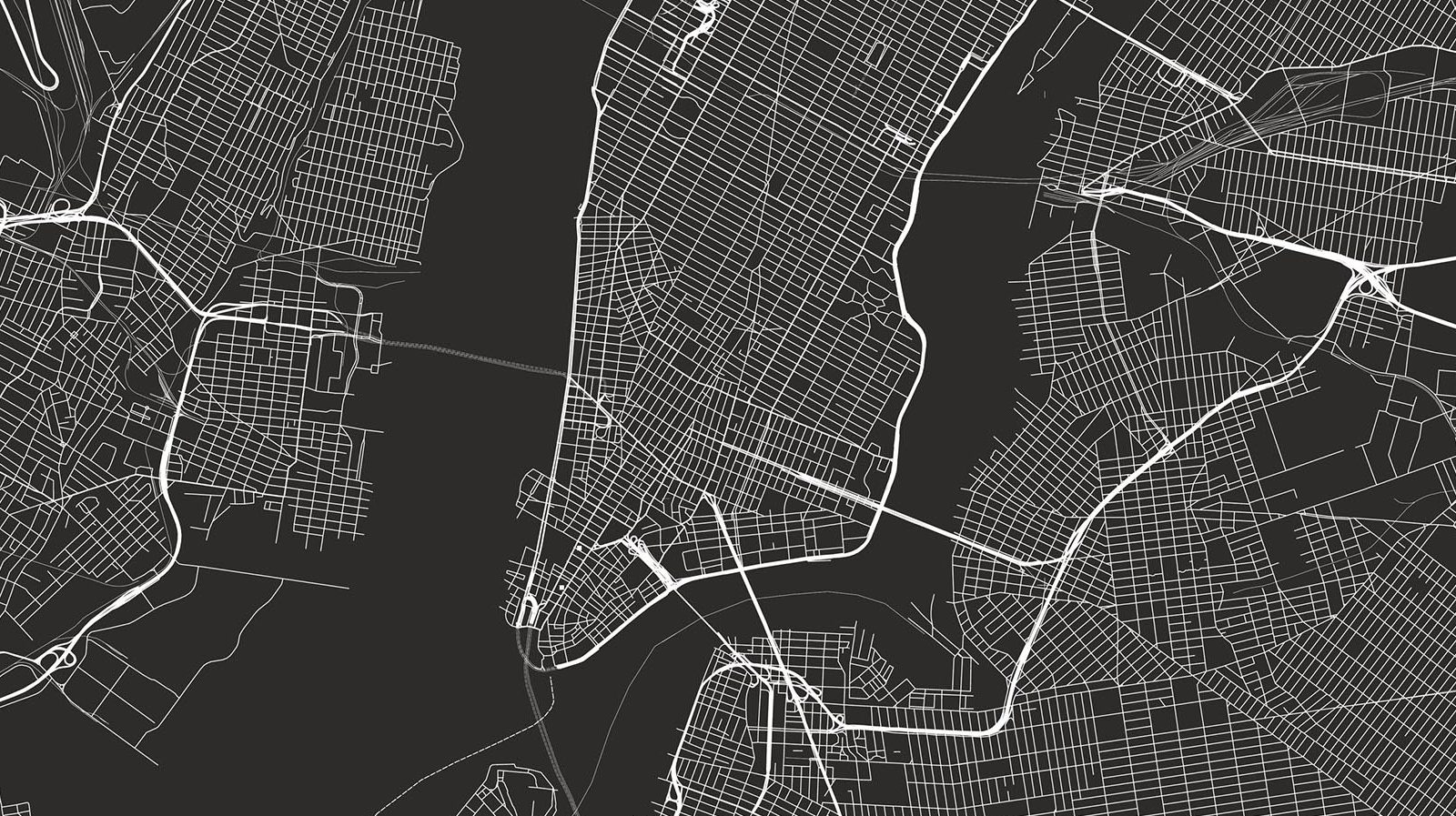 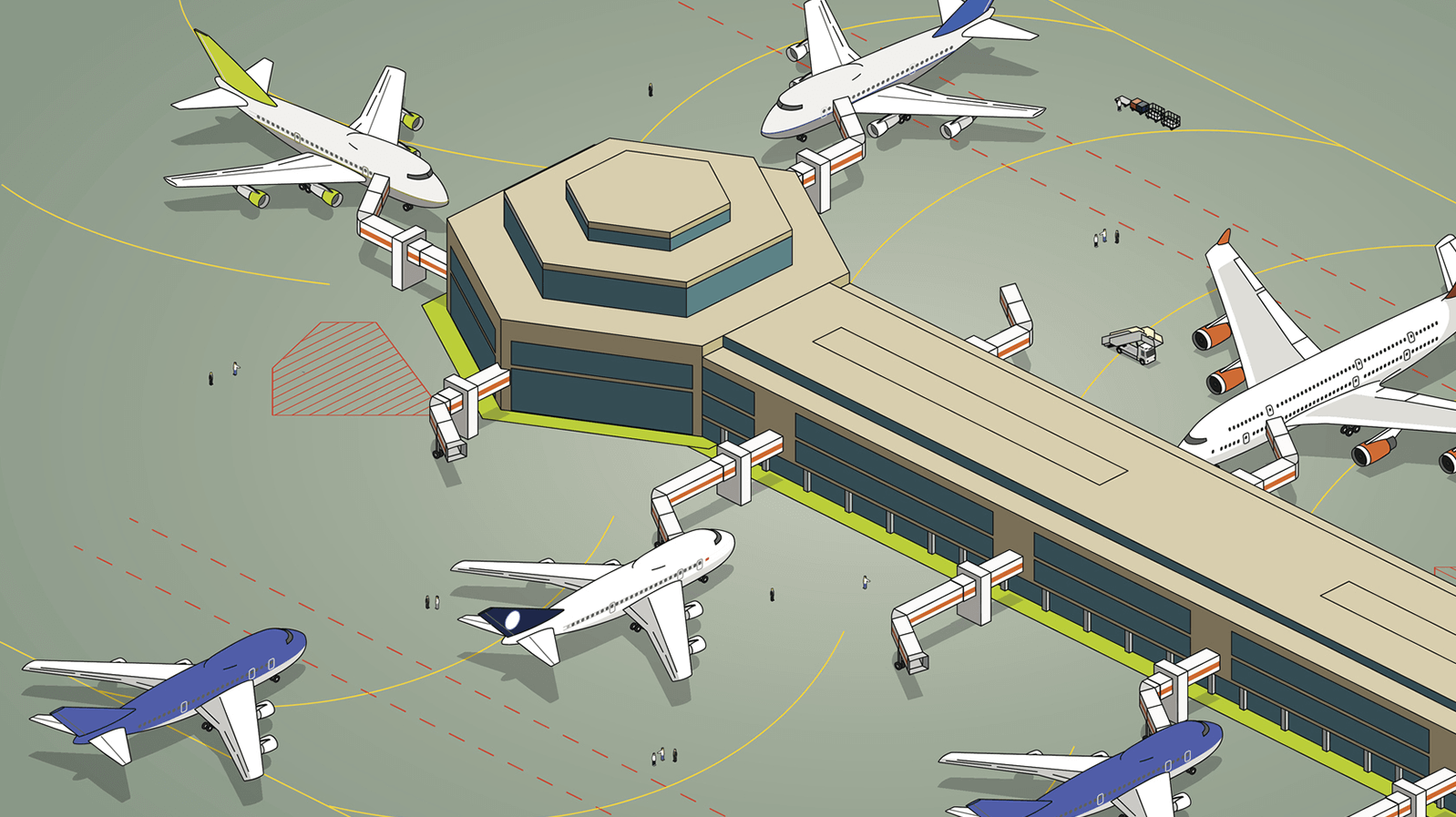