Perform at any cost the mission you have been given.

a conversation with Johann Chapoutot 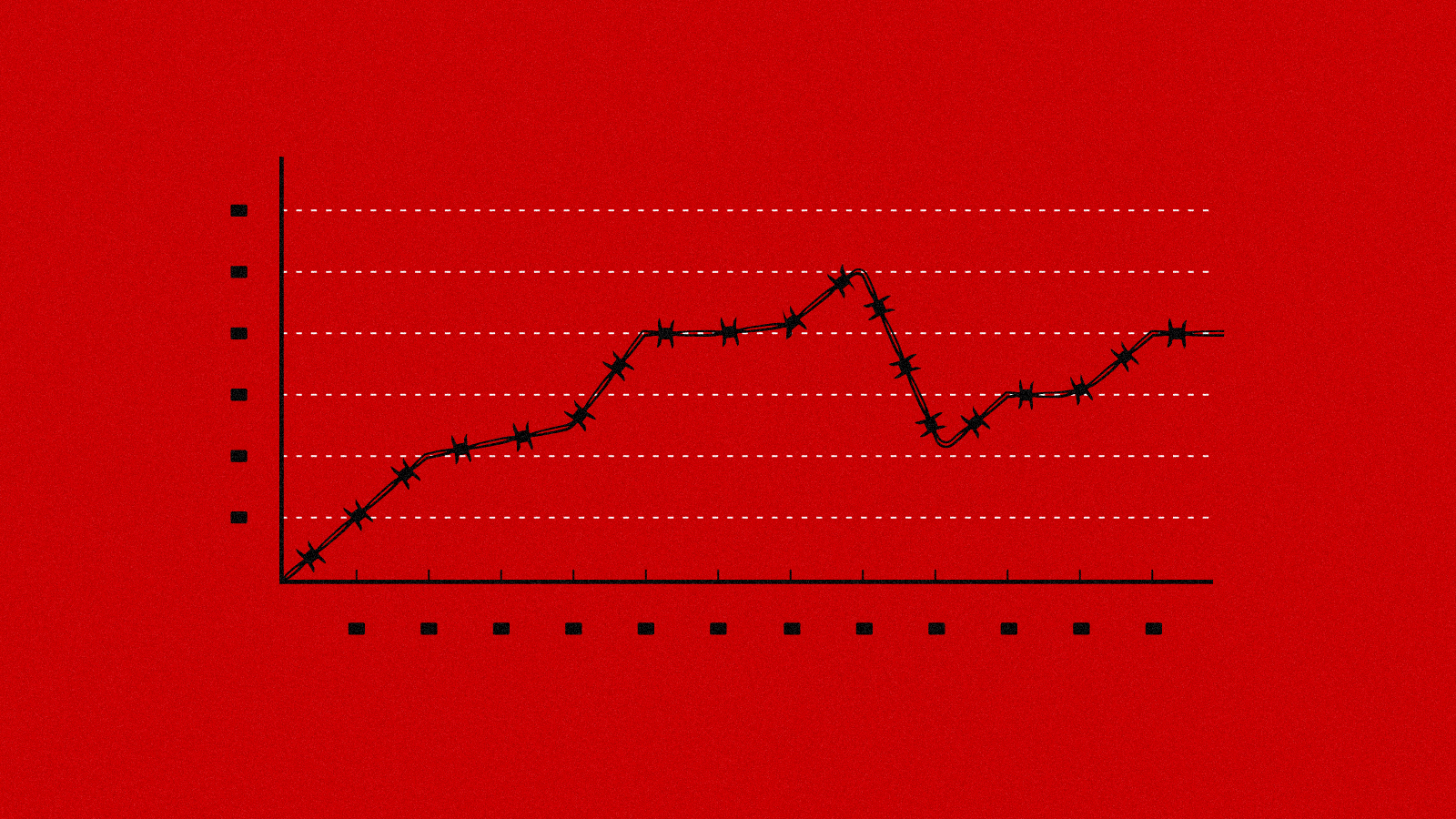 Upon hearing this title, one is likely to either get excited or become suspicious. Some may rush to get their hands on the book. In contrast, others may immediately bring up, almost as a good luck charm, Goldwin’s Law, the web theory according to which, in any online conversation that lasts too long, at some point, someone is bound to draw a comparison with Nazism. The fact is that Free to Obey: Management, from Nazism to Today, an essay written by historian Johann Chapoutot, is anything but a forced comparison or a maximalist link between eras and disciplines. Quite the contrary. The research conducted by Chapoutot, a professor of contemporary history at the Sorbonne in Paris, explores and reveals little-known aspects of the organization of the Reich, upsetting its scholastic image and forging bridges with the contemporary world that are firmly rooted in concepts and experiences that have flowed seamlessly from Nazism to our time. Starting with the need to work towards set goals, dictating tasks and the timeframes to achieve them as quickly as possible, at the lowest possible cost. “The notion of efficiency, performance, of ‘Leistung,’ and of productivity, are structures that belong to the Western world, which Nazism did nothing but express radically,” Chapoutot tells maize: “productivism and imperialism are not exclusively Nazi goals, of course; but Nazism acted upon them with extreme radicality, inheriting a Western culture in a context that we could call panic, where time seemed to force a violent reaction to the present.

Therefore, for example, reading the work, one (re)discovers that the political thinking of the Nazis (who preferred to call themselves a “movement” rather than a “party”) was strongly anti-state. The hierarchical structure of the Reich was actually based on an internal administrative organization that placed a great deal of responsibility on the lateral centers, on individual officials, and leaders, each committed to founding their own ministry or institute or police force, and to competing for the approval of Hitler and the people. The book beautifully recounts the confusion of attributions and hierarchies that this decentralized accountability—under a single Führer, however—continued to generate, with tons of internal correspondence aimed at resolving issues of competence or precedence. “Official letters and private conversations reveal a universe of continuous indecision and indeterminacy of roles and tasks, which led to endless problems and ambiguities,” Chapoutot chronicles: “But also, in fact, to a world of incredibly intense internal competition, a sort of administrative Darwinism, in which the quickest, most violent and radical solution ultimately prevailed because it impressed the boss the most: the Führer came across as a sort of detached referee whose only role was to validate or choose among the options presented.”

Administrative Darwinism, competition between sectors and manager-generals pushing hard in internal and external rivalries that lead to exceptional gestures to make an impact—the night of the long knives, the final solutions. Evil. On the side, running parallel, the need to feed the Great Free Germanic People certainty and gratitude. The key word is “Freude,” joy. It is necessary to make people work with joy, to motivate them to produce and not to force them. And here, in Chapoutot’s book, there is the story of volumes written by Reich officials on ergonomics and office furnishings, the psycho-physical well-being of workers, and after-work programs, borrowed from Fascism, or the public account books for the leisure time paid by national companies to working-class families: organized trips, colonies, cruises.
“We have this notion of a vertical, authoritarian world. In the book, I show how actually the organization of labor was liberal-inspired; the Reich leadership soon realizes that they can’t accomplish much by violence or population control; indeed, they accuse their enemies of using these methods. To grow, they need the enthusiasm of the citizens; and the emphasis is on the “Freude,” the joy of working because it is a fundamental concept for Nazism,” says the historian. It is a motif that runs through both the world of work and the military; they knew that the order must lead people with them into battle, not push them or force them. [“Amener” au combat, not “pousser,” in French]. This model—that strives to “lead men” through collective enthusiasm, and not to force them with fear—is presented by the Nazis as an example of the freedom of the German people and of the Reich in contrast with the violent authoritarianism with which regimes such as the communist ones were portrayed”.

These are, of course, conditions granted to Germans only and not to the 15 million foreign workers in Germany in 1939 who were treated as slaves. “Distinguishing between the free Germanic man and the slaves was essential to Nazism. The Germanic man could not be forced. To gain his enthusiasm, one had to make work safe, meritocratic, pleasant. After-work, travel, leisure—are not introduced out of philanthropy, but so that the workers are happy and, as a result, produce more. Throughout the 1960s in France, organized travel remained exactly that.”

The profile of Reinhard Höhn, a jurist and intellectual Nazi technocrat, stands out as a linchpin among the other figures in the book, “a sort of Josef Mengele of law,” writes Chapoutot. After joining the SS in July 1933, he went on to direct a service for the “living spaces” of the German people, then became a professor at the University of Berlin and director of the Institute for State Research, in charge of reforming the state machinery of the Great Reich. He ended the war with the title of General of the SS. After 1945, Höhn did not escape but instead stayed in Germany, just taking just a few precautions about his name and opening a naturopathy and oriental cures practice. Soon thereafter he returned to his passion, taking over the management of the newly founded Akademie für Führungskräfte der Wirtschaft (“Academy for Business Executives”) in Bad Harzburg, a workshop of thought and managerial training that produced 600,000 executives in the following thirty years.

The doctrine and practice of workforce management developed at Bad Harzburg apply the Nazi efficiency model directly to productivist capitalism. “Just recently, but it is beginning to be studied,” explains the French researcher: “there was a dissertation on Höhn’s biography in August 2020 and there has been a research project on Bad Harzburg for 15 years, in addition to the great work on the continuity of German elites after 1945 carried out by Norbert Frei in Jena.” Continuity. In 2012, Chapoutot reported in the book, that an executive of the large retail chain “Aldi” published a book about his horrific experience as an executive at one of the company’s distribution centers, in a climate of constant control and harassment. The Aldi company, Chapoutot notes, in its handbook for executives, “proudly identifies itself with the Bad Harzburg management method.” When one reads in the book the analogies with Nazi concepts such as organization by objectives, management by delegation, and “mental work techniques” to restore serenity in the office, it is difficult not to shudder when one thinks of the similarities with today’s multinationals.

“But if we want to criticize contemporary management, we certainly don’t need analogies or genealogies with Nazism; there are authoritative fellow sociologists and psychologists who are showing the consequences of the productivist approach without the need for me,” Chapoutot clearly reiterates to maize: “it would be stupid to draw comparisons, so that’s not the focus of my work at all. At the same time, I am a researcher and a historian, of course, but I live in 2021, and I read the newspapers. And if I read about the France Telecom trial, with the recognition of the inhumane practices enforced by the company’s top managers, of course, I see connections. But I also see connections because the world we inhabit is twentieth-century Europe and Nazism was part of this world, we cannot continue to consider it an alien experience. So it is inevitable to identify common tendencies, which the Nazis expressed in a particularly radical way.” Considering Nazism as a part of modernity, and not a historical moment split by time, is one of the first operations that the book pursues, taking the torch from other contemporary philosophers and historians who have sanctioned the urgency of this reversal.

After many years spent on the internal writings of Nazi hierarchies, Chapoutot is expanding his studies. “In 2014, my daughter was born, and I felt that I wanted to be able to tell her even more than just the Nazi horrors. I was exhausted at the time. So I’ve been studying Western modernity for a few years now in that paroxysmal, earth-shaking moment around 1914, which was a very strong period of industrialization and violent urbanization, where the right-wing anti-modern movements arose after the left-wing modernity of the late nineteenth century. But I’m continuing with this history of Nazi management, I’m working on a re-edition, as well as other historical essays.” However, his plan for the future is to examine the contradictions of the world of labor even more closely. “I would like to thoroughly investigate the notion of the labor contract, I think it is a kind of blind spot in the sociology of labor. Something we should look at in greater depth. Because it is in fact about selling one’s strength to someone to dispose of.” However, it has also been the regulatory arena where so many achievements and certainties for workers have been able to become law. “Sure, but it’s been 40 years since the protective achievements that began in the late nineteenth century were taken apart piece by piece, tying into the evolution of contemporary capitalism and neoliberalism. I don’t know; I feel there’s something about that subordination that needs to be explored.” 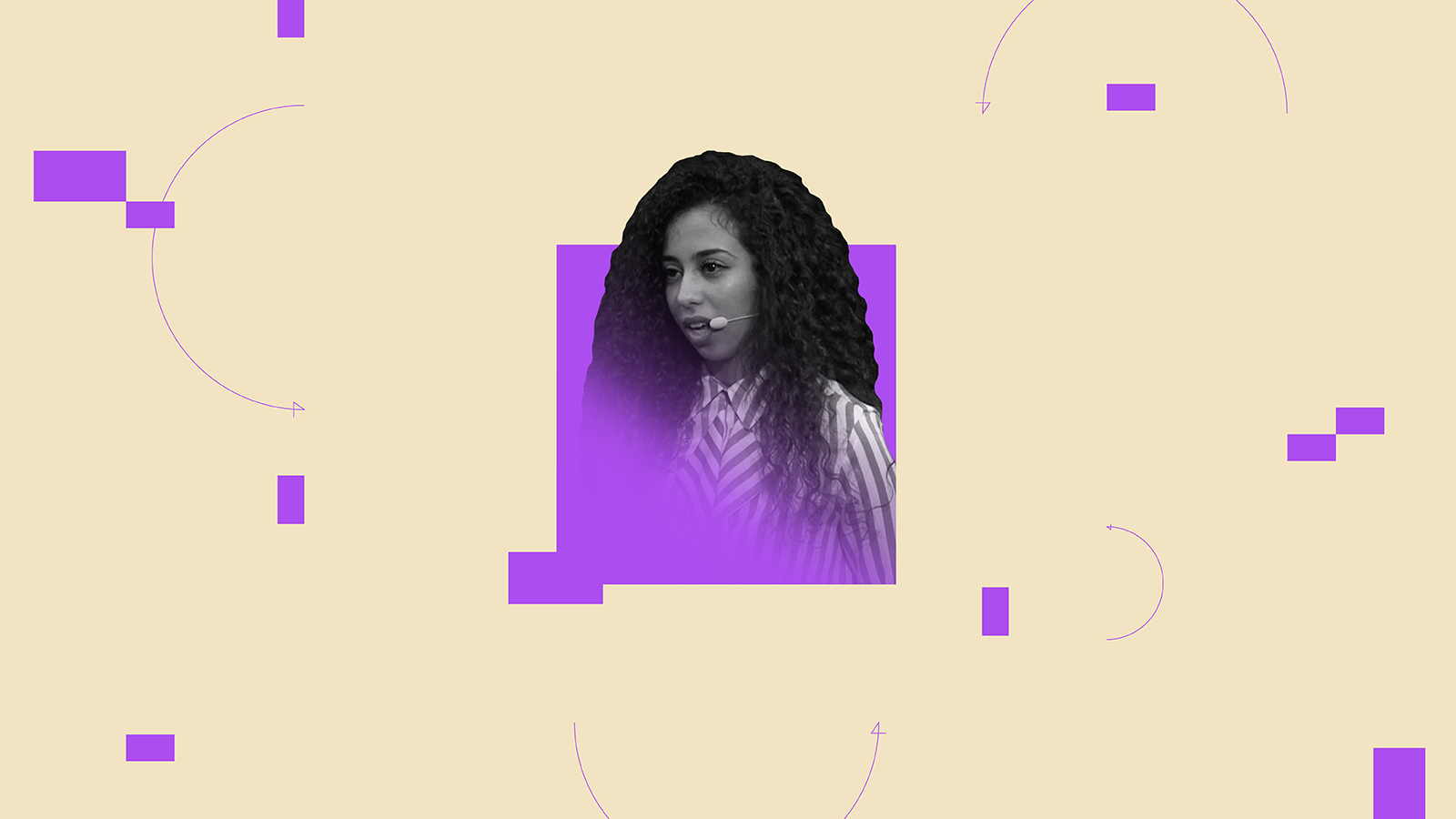 a conversation with Sana Afouaiz 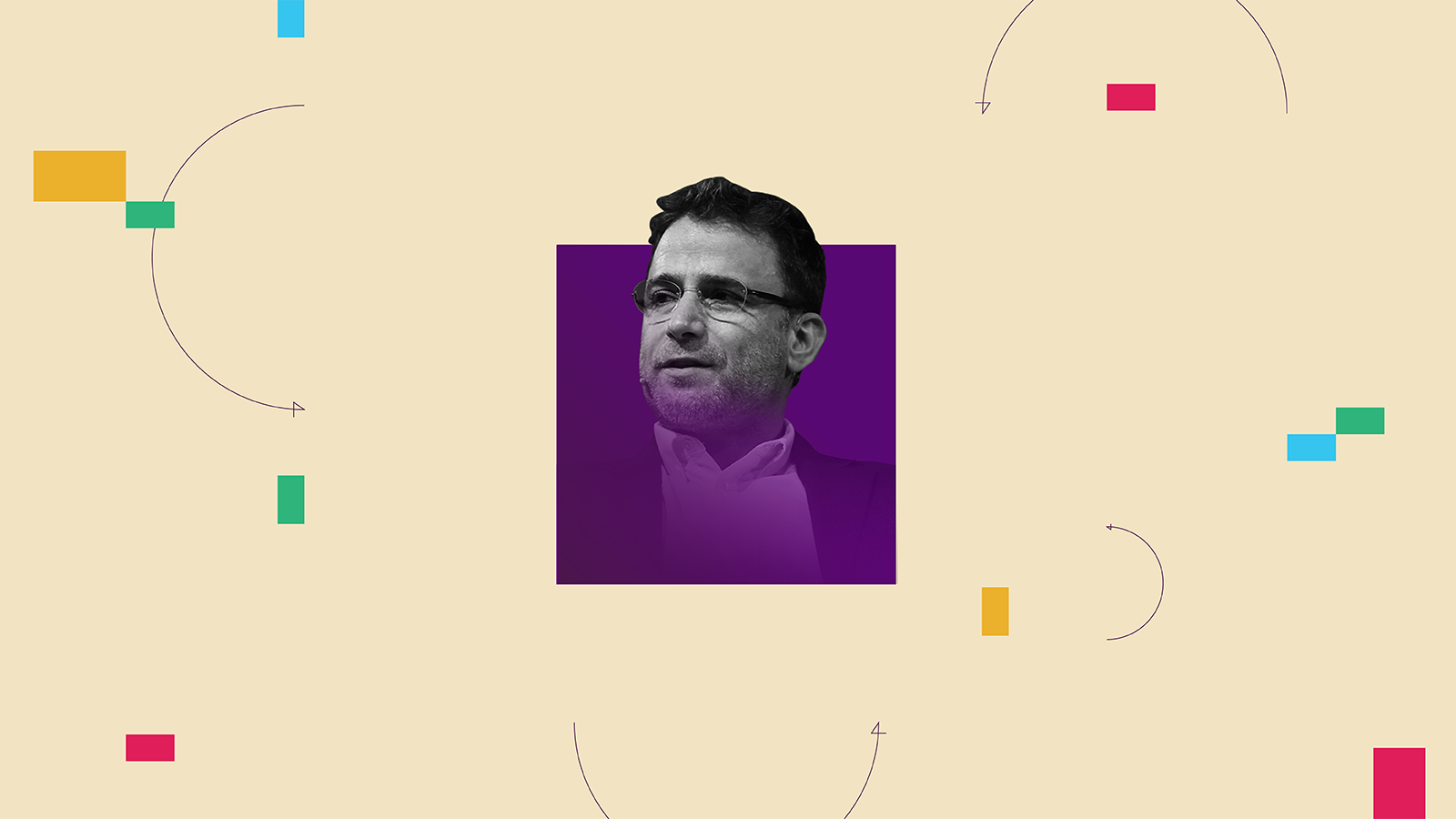 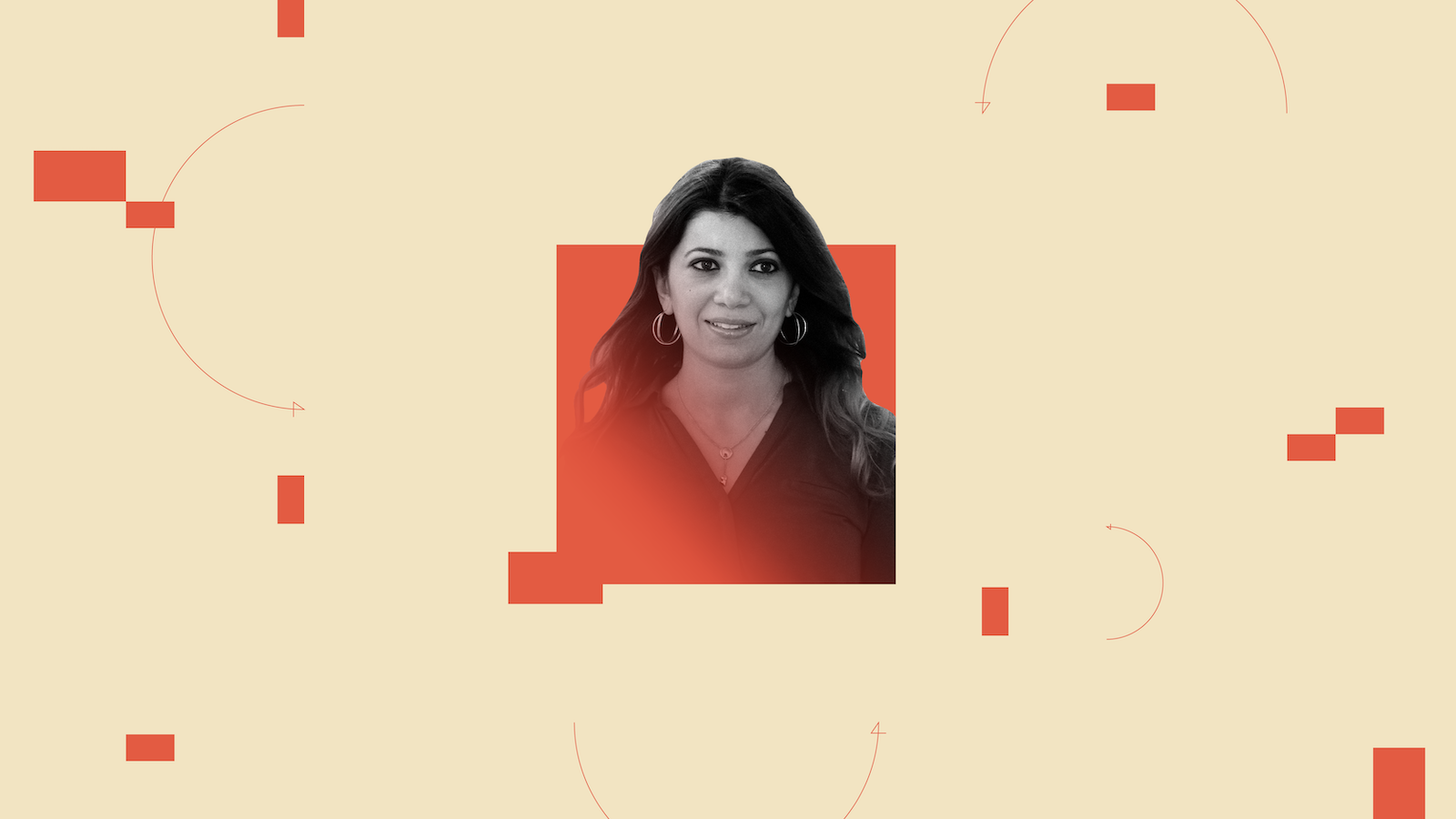 a conversation with Mona Itani