The rise of digitalism is unstoppable. However, as citizens, we still stand a chance to build a just society, which supports human needs. 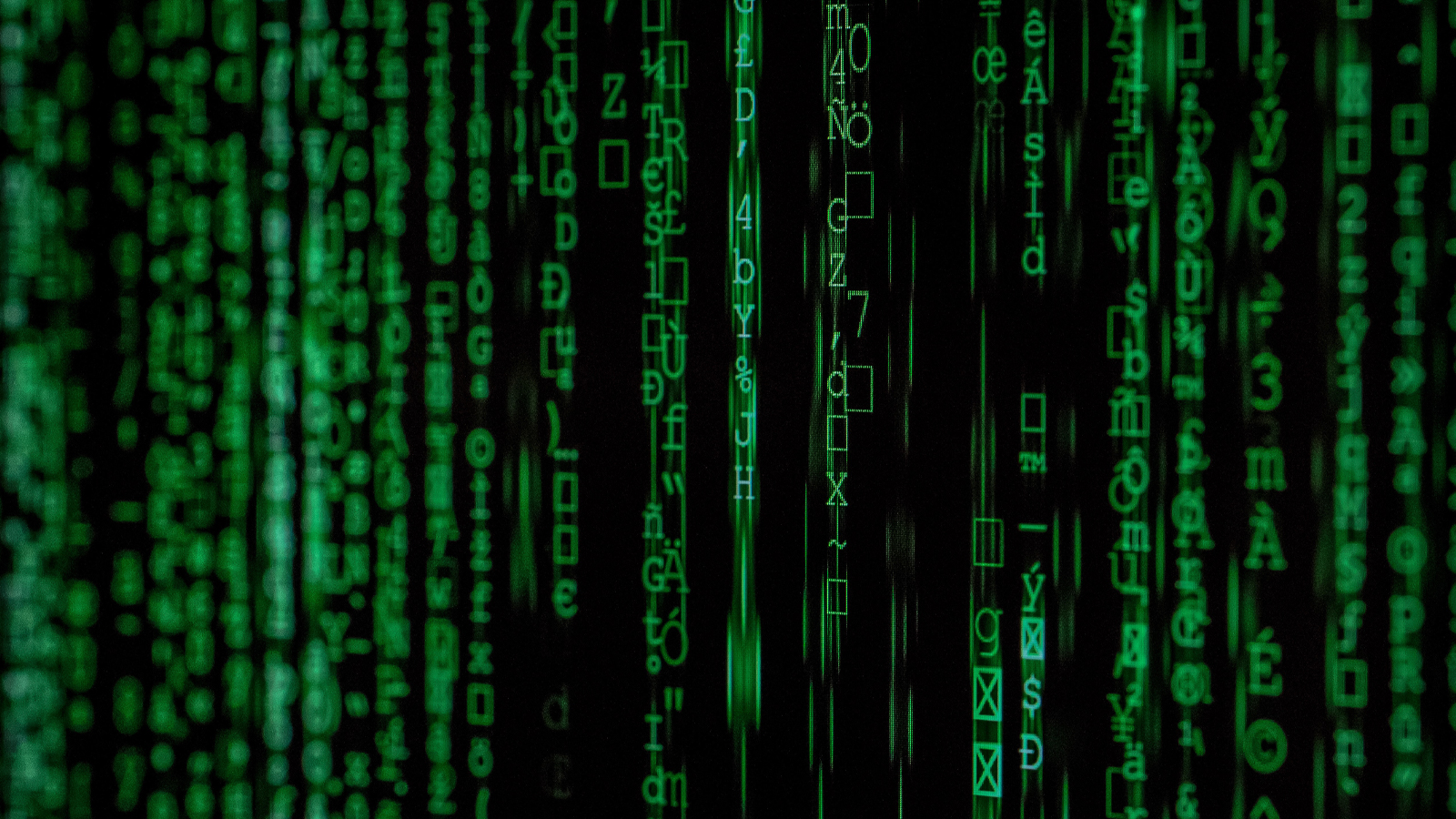 After nationalism, communism, and liberalism, digitalism is becoming the leading, global system of social organization. Whether we like it or not. The Covid-19 crisis was a catalyst for this rise of digitalism as governments around the world used it to make changes which could outlast the crisis.

Digitalism will become the first truly globally adopted political doctrine, encouraged and accepted by all governments and all companies. Digitalism envisions a world where data is the most important resource in society. It thrives on capitalism, and depending on the role of the government, either enables mass surveillance (whether state or company surveillance), or aims to empower its citizens.

In the past hundred years, we have seen various forms of social organizations and political philosophies come and go. First collapsed (extreme) nationalism after WWII. Then communism in the Western world with the fall of the iron curtain. In China, however, communism survived and even thrived by welcoming capitalism into the system. In the Western, democratic, world, liberalism became the accepted political and moral philosophy.

Although liberalism has thrived in the past decades, it seems that this global story of social organization is reaching its expiry date. As Yuval Noah Harari has written, the rise of big data and artificial intelligence could mark the end of liberalism and liberal democracy. According to Harari, the international, rule-based system is failing, and we need a new post-liberal order. I believe this new order is upon us, driven by emerging technologies that will change our lives drastically in the coming decades.

Liberalism is based on free competition and a self-regulating market. Unfortunately, many of these core principles are disappearing. Organizations are becoming so powerful, due to an ever-increasing hunger for data, that governments are failing to break the power of those companies which deliberately and consistently breach consumers’ trust, privacy, and freedom. Emerging technologies such as big data analytics and artificial intelligence, combined with constant data harvesting from the Internet of Things and social media, have created a surveillance society managed either by private companies or by the state. For example, during Covid-19, moving around in China and entering your house or workplace required citizens to scan a QR code, to give their name, ID number and temperature, which enabled the government to see their exact movements. This is way beyond George Orwell’s 1984.

As a result, individuals’ privacy and safety are rapidly diminishing. Although there are still exceptions such as the investigation by the New York Attorney General into Zoom’s privacy problems, companies such as Google or Facebook can continue their processes without any problem. The list of data breaches is endless, and businesses are expected to lose up to $5 trillion by 2024 due to cybercrime, directly impacting consumers’ privacy.

To make matters worse, recommendation algorithms are rapidly limiting an individual’s freedom, although many might not perceive it that way. Recommendation engines already run the world. These algorithms are based on recommendations on data collected and often only match your profile, resulting in a feedback loop which limits your freedom. They do not serve the individual, but the company that created them with the objective to sell more or have you stay around for longer. Recommendation engines are toxic, but they are everywhere. Unfortunately governments increasingly lean on such algorithms to make decisions.

What we will see in the coming decades is a division across the world in three streams of digitalism depending on how governments allow organizations to deal with the data at hand and how citizens will respond to it:

State digitalism will result in state surveillance at an unprecedented level. We already can see the first signs of this in China, especially in the Xinjiang province, where an AI-powered panopticon limits Uyghurs (a minority ethnic group) in their movements. Any misstep in this kind of state could be immediately known and have direct consequences.

Neo digitalism will result in company surveillance far beyond the surveillance Google and Facebook show today. Neo digitalism will be characterized by an extreme free-market, unlimited data harvesting and raging capitalism. Within such a society, the likes of which we see slowly unfolding in the USA, there is limited accountability online. The state will have less to say about people’s digital lives than behemoth companies. Even more, the state will not be capable of controlling corporations. Neo digitalism will cause a great divide within society. Driven by libertarians, it will result in companies that can decide and do whatever they want, resulting in extreme data harvesting. There will be a small elite who will gain wealth at unprecedented levels resulting in extreme inequality.

Modern digitalism combines the advantages of digital tools with strict privacy and security regulations. Citizen empowerment will give them control over their data. It is in this scenario that a self-sovereign identity and decentralized network stands the most chance to succeed. It will allow citizens to store and control all the data they create while interacting online. Online accountability will become normal, but citizens’ privacy will be secured (such as the anonymous accountability created by Mavin). Modern digitalism likely stands the best chance to succeed in Europe (although we are already facing the harvesting of our telecom data to monitor the spread of Covid-19). Fortunately, the EU is already working on ethical AI guidelines, and the GDPR (general data protection regulation, implemented May 2018) offers at least some protection for EU citizens.

What will digitalism create?

Autonomous artificial hackers will result in machine to machine fights operating at unbelievable speed and agility trying to steal and protect the data of consumers and organizations. Digitalism will also put the traditional hacker out of a job and affect consumers’ privacy even more.

Artificially created fake news, bad bots, and armies of online trolls will influence the online (political) discourse. The objective of these digital agents will be to sustain the state or company surveillance that is in place. Citizens will find it increasingly difficult to know what and who they can trust online.

Companies and governments will outsource their processes to AI, thereby taking over blue- and white-collar jobs. It will make organizations much more effective and efficient, but it will also come with significant challenges. AI is created by biased humans and is often trained with biased data, which can make AI a black box. Thanks to digitalism, how we run our society will become opaque and only known to the elite owning the data and AI.

Free will could disappear. Due to the unconstrained data harvesting, AI will know what you want better than you do. Organizations will thus have an economic incentive to constantly improve their recommendation engines, turning humans into machines who simply follow AI’s suggestions.

These scenarios might scare you, and so they should. A society based on digitalism will result in a tiny elite who will control digital tools while the vast majority will be subservient to them. Nevertheless, although many citizens will experience the benefits of these digital tools, they will also feel increasingly irrelevant. How irrelevant they will become depends on if digitalism will be controlled.

The rise of Digitalism is unstoppable. However, as citizens, we still stand a chance to build a society that is there for us and not for corporations or dictatorial leaders. Companies such as IBM and Microsoft backing the Pope’s pledge for ethical AI is a good step in the right direction. It will require hard work and involve all stakeholders, but anything is better than becoming enslaved to technology and losing our freedom and free will. Digitization has tremendous opportunities that can help us create a better world. In the end, just like any technology, digital technologies are neutral. You, as a user, you as a citizen, can be in control of your data. If we follow that path of modern digitalism, then we can truly be empowered. Digitalism doesn’t have to be a bad thing, it all depends on how we deal with it. Why should I be able to use your data free of charge? I don’t use the other things that you own for free. And that’s a mentality shift, a Gestalt shift, which we need to embrace.

This article is an edited version of the original: The Rise of Digitalism. 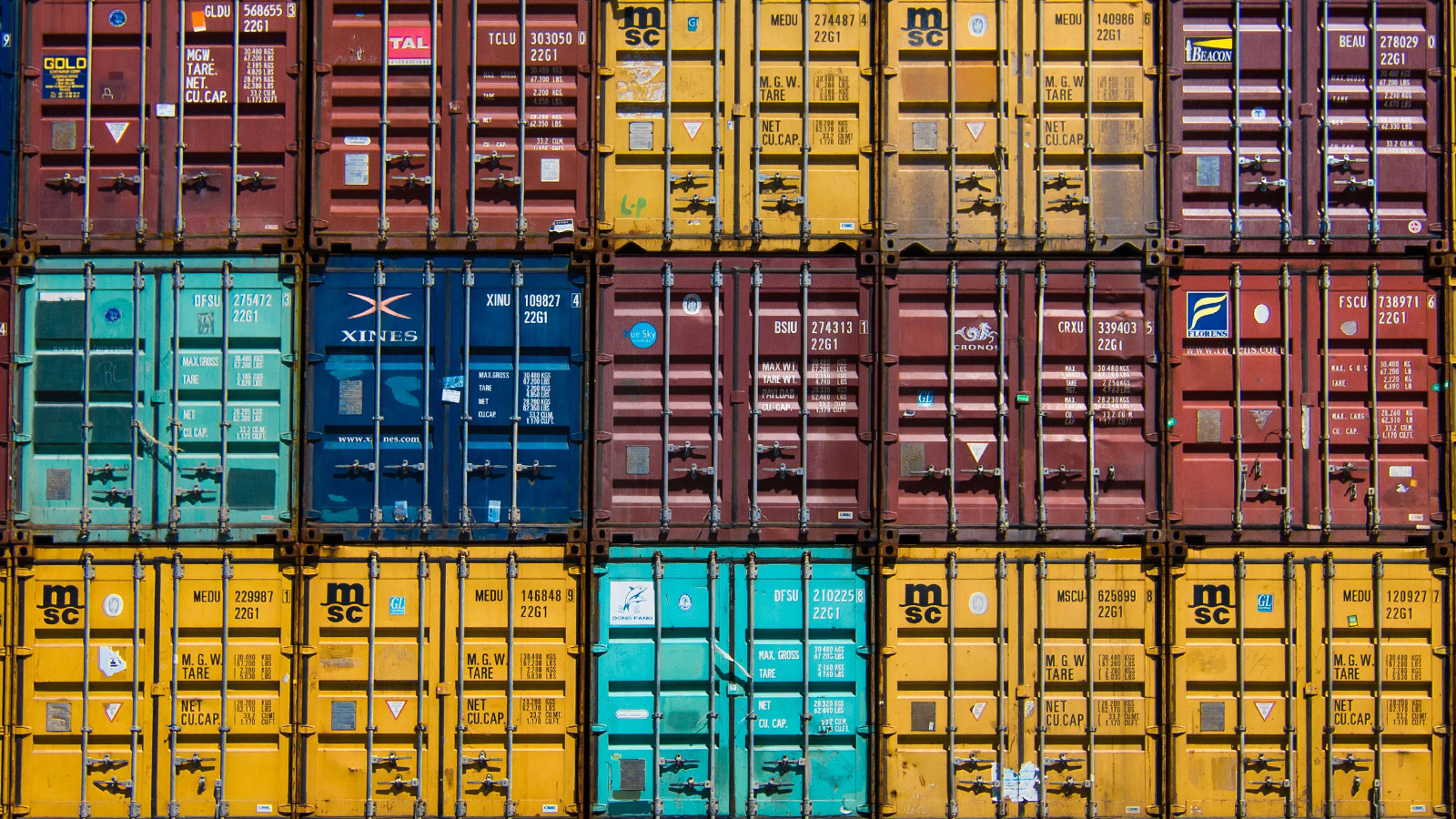 From content creation to climate change, this technology can reshape the way we will work and live in the near future. 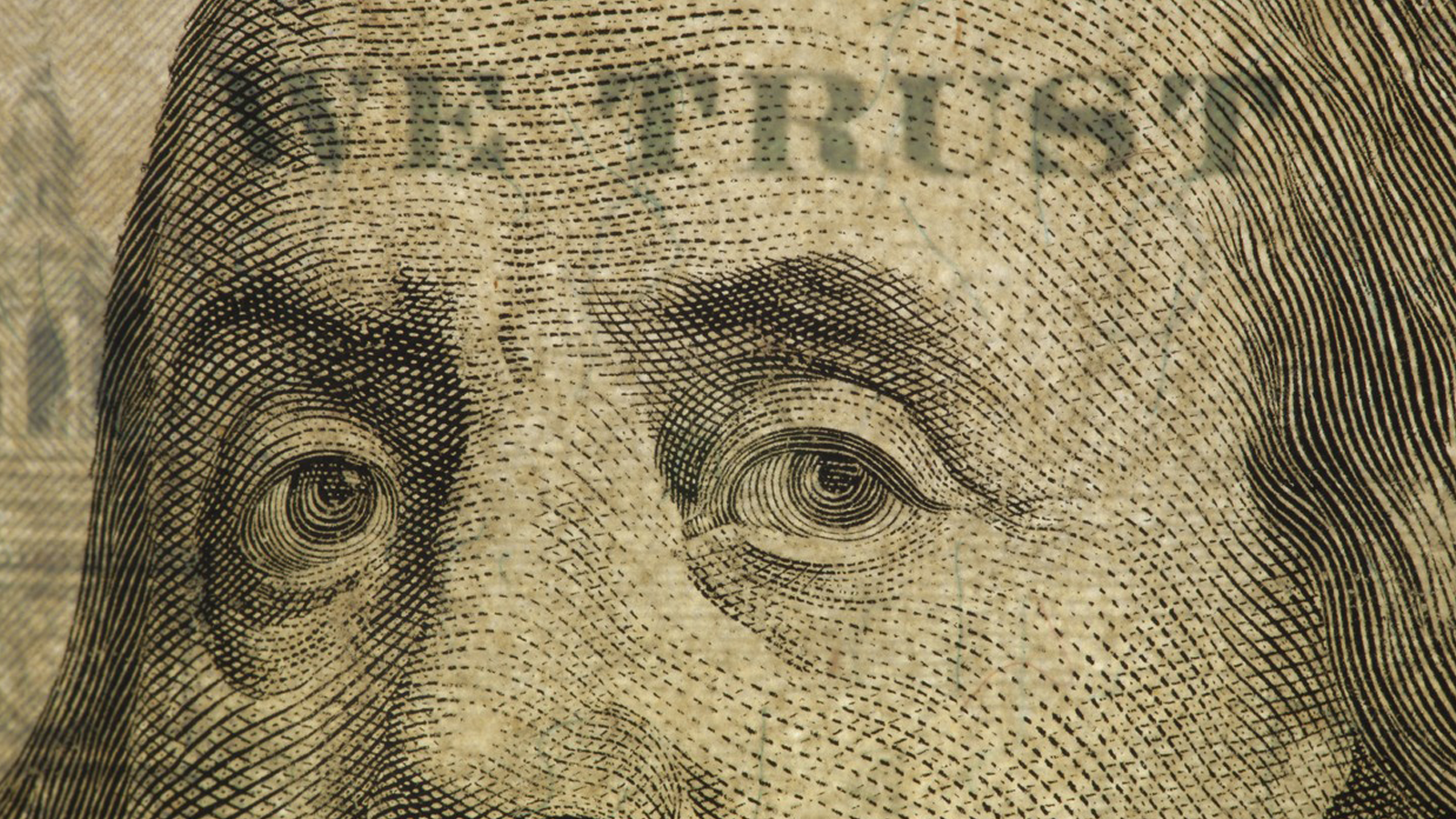 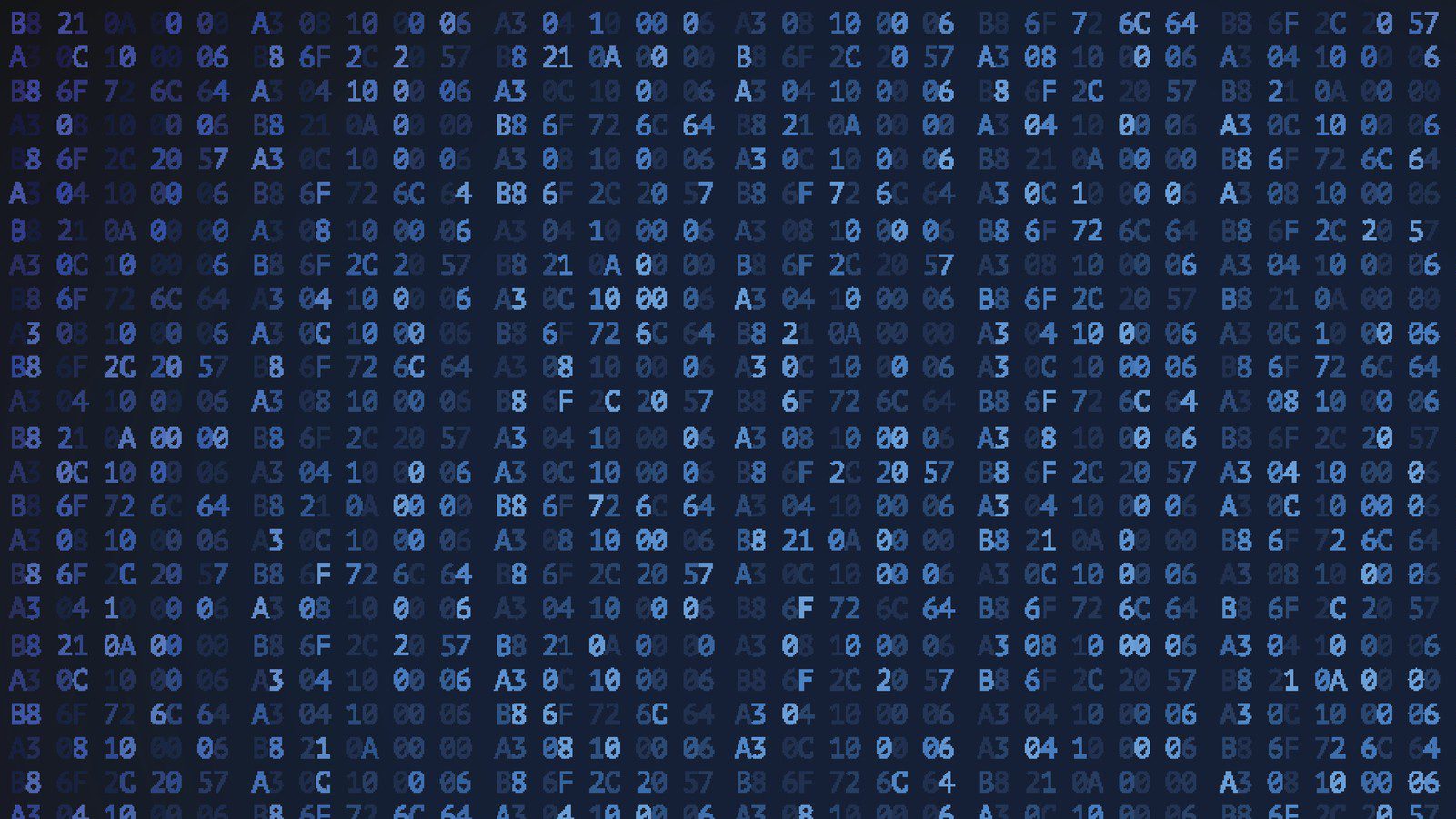