Olkiluoto Island is a tiny sliver of land on the Finnish coast, 220 km west of Helsinki. Sand on its surface, granite deep below, conifers, seawater, a growing nuclear power plant, and Onkalo, a geological repository designed to store radioactive waste.

In Finnish, Onkalo means “cavity, a place to hide things.” In fact, it is a massive network of tunnels, dozens of kilometers long, hewn deep into the bedrock, designed to store toxic nuclear waste. This unprecedented engineering feat has now reached its fourth and final phase: Onkalo will be used to safely store 250,000 tons of spent nuclear fuel for the next 100,000 years. Until 102,021 AD.

What will happen in the next 100,000 years on Olkiluoto island? The scientists who planned the facility took into account a possible ice age and then a probable melting of the ice, for example. Onkalo is made to withstand all sorts of long-lasting natural phenomena. But it should also be able to withstand the greatest risk, the intrusion, and curiosity of future humans. What will humans look like in 100,000 years? To put it in perspective, it’s the same amount of time that separates us—going back in time—from the Neanderthals. How much have we changed since then? In 100,000 years, humanity may be extinct or have regressed to the Bronze Age. Presumably, it may have more advanced technology than we do today. Or, stepping beyond the flawed assumption that humankind is an essential factor on this planet, it may well have been replaced by another dominant species, terrestrial or extraterrestrial.

One of the issues Onkalo’s designers are trying to solve is what message to leave outside the repository to warn our descendants—or whoever will have taken their place—of the dangerous waste below. If, of course, we should even leave a message. And if we do, what language should it be in? Will the skull and crossbones symbol we use nowadays as a warning symbol of death still mean the same thing? Here is the dilemma: how and what to say to the Others, especially since the Others do not even exist yet? 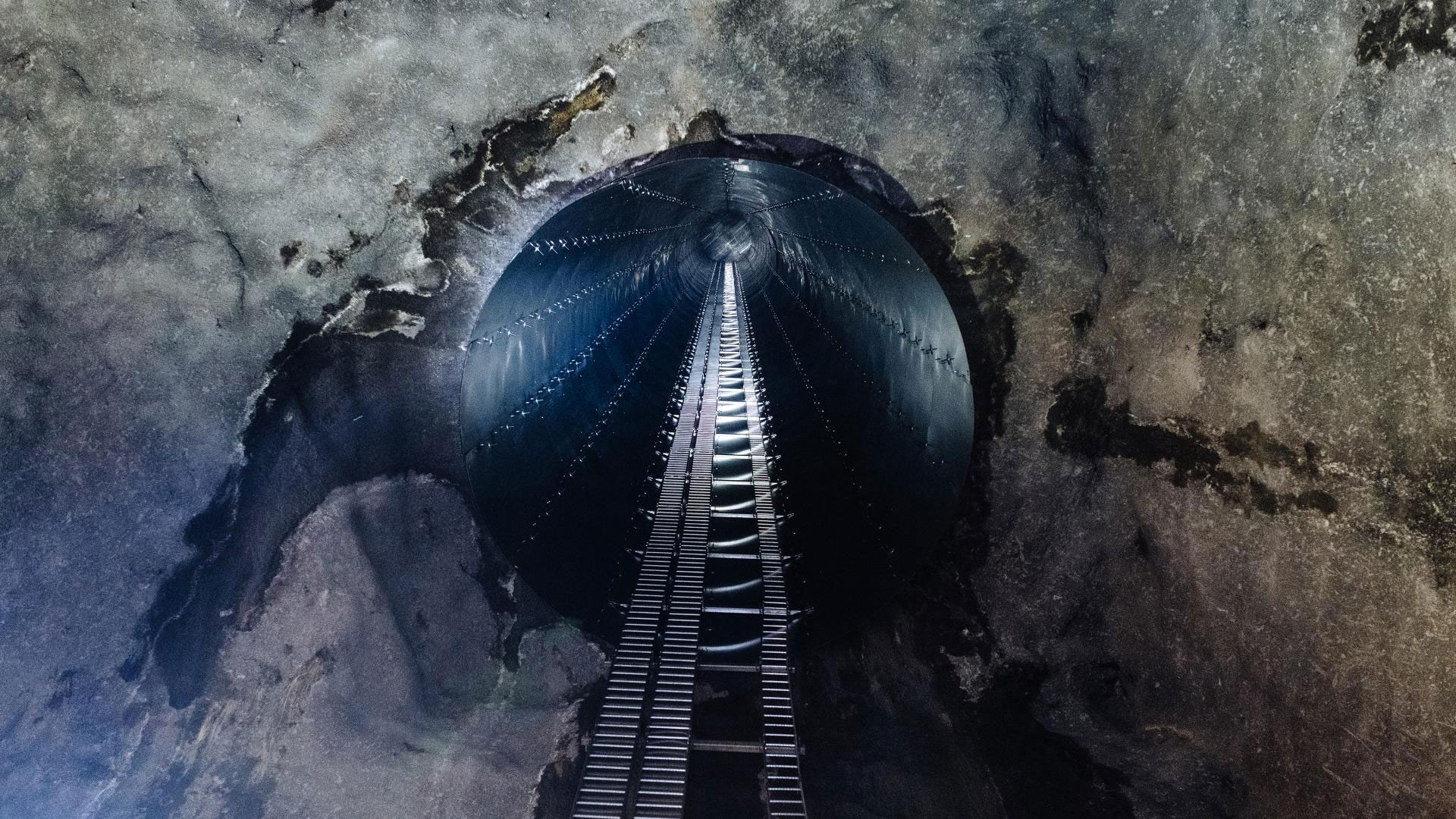 Into Eternity is a documentary film on Onkalo by Danish film director Michael Madsen. It explores this mysterious and profound place of dilemmas that technology and inventions set before us. When our inventions span such an extended period—longer than the pyramids of Egypt and decidedly not as harmless as they are—do we bear the responsibility of explaining what they are and how they should be treated to those who come after us?

A practical principle of historical relativism might suggest that this is unnecessary, that the underlying philosophical argument is merely theoretical, and that we should just pass on our decision to our next generation and focus on the good of a couple of generations after ours at most. In other words, we should do our best for what we can control and let the evolving cultural and moral context shape its own decisions. Yet this does not satisfy us, and the absoluteness of the dilemma stirs us, putting us in touch with the mission of being able to say something eternally valid. We are creatures who haunt the world of ideas.

The favorite exercise of ethical philosophy is to address complex dilemmas and, increasingly, our technological advances raise similar concerns: thus, sitting at the table of Onkalo’s designers are not only engineers and nuclear physicists but also philosophers, architects, linguists, and anthropologists. After the Waste Isolation Pilot Plant located in New Mexico—designed to last 10 thousand years—Onkalo is the world’s second permanent nuclear waste repository. It will contain only a small portion of the nuclear waste produced to produce energy. Its magnitude can only make us think about how we behave and how our fellow humans will interpret it in the future.

Do we make impulsive or forward-looking decisions? Are we selfish, or are we altruistic? Are we “good,” or are we “bad”? As to the last issue, Richard Wrangham—a famous primatologist from Harvard University— would say that we are both because we are the result of the intersection of two evolutionary roots, that of bonobos that privilege the collective good and know how to control their aggressiveness, and that of chimpanzees that instead compete, prevaricate, and are violent. Here we are, once again split in two, hopelessly two-faced, dilemmas ourselves if we define a dilemma as an “(unresolved, Ed.) need to choose between two solutions.”

Plants age and rejuvenate, a trunk can live for centuries, a branch might last weeks. This rhythm gives plants a sense of time.