How on earth did we get here?

Explorers and adventurers can bridge the gap between nature and our understanding of it. 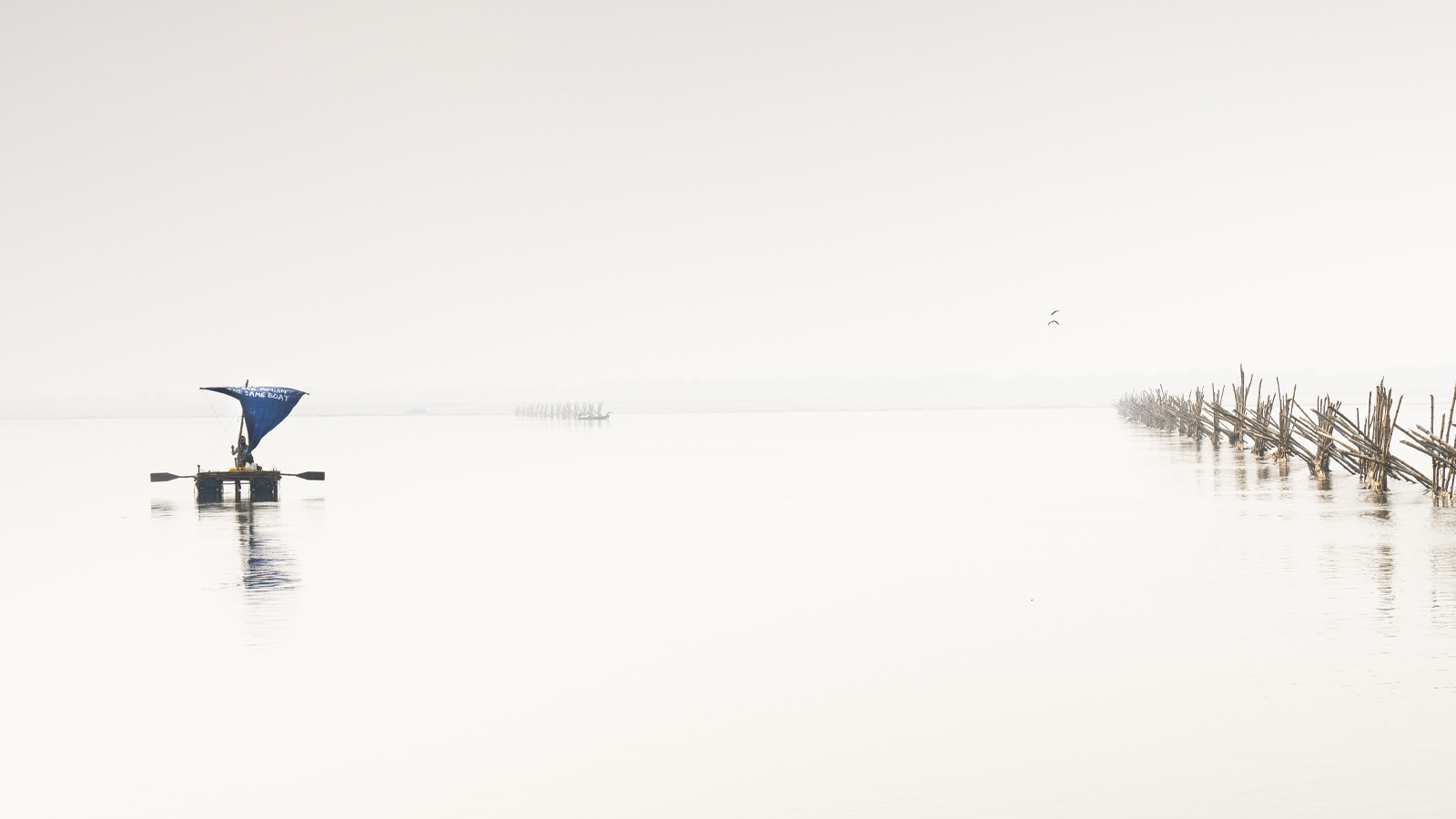 Plastic is everywhere, and it’s here to stay: 2000 years from now if a geologist were to provide proof of the Anthropocene, and of the remains of our civilization, it would be made of plastic: a “technofossil,” the defining trait of this epoch. I realized how much plastic was around in 2008 when I first rowed solo across the Pacific Ocean: to drink, I had to collect and desalinate the ocean water and I noticed that I continuously collected plastic as well. At that time, I was not much interested in climate change; I was trying to answer questions about myself, who I was, and what was my direction in life. Then, I understood that to answer the question I would have to ask myself where the society I live in is going, too. And we can’t answer this question without considering our relationship with nature: because all the issues we are facing are related to that very compromised relationship.

My family comes from a small village of the Valtellina Valley, in the north of Italy. I grew up surrounded by nature, and since the early days of my life, I developed a strong passion for the mountains. As a young adult, practicing sports such as ski mountaineering kept me close to nature. But life went on, and at the age of twenty, I began studying Banking. This is what I like to call “the beginning of the end”: although I had all the tools I needed to build a satisfactory future, I felt something was missing. And that something grew into a tension I could not stomach anymore: two years later after enrolling in university, I participated in a long-distance running race in Morocco, and finally found myself where I wanted to be: in the middle of nature, with people like me, adventurers. And I wondered: how can I replicate this? This is how I became an explorer: out of fear of becoming a stockbroker. Since then, I haven’t done anything else, and my adventures became so challenging that I had to dedicate all my strength to them.

My journey is a spontaneous reaction: the more you are exposed to nature, the more you acknowledge its features, extreme conditions, hostility, and vulnerability, the more you realize its regenerative power. The global warming crisis is the result of an unbalanced relationship between humans and nature: as a natural outcome, therefore, those who live it the most are becoming its ambassadors and spokespersons: explorers and travelers are exposed to nature for work, and in doing so they understand it, and thus know how to take care of it. If you are not exposed to nature, you cannot understand it. If you don’t understand it, you cannot take care of it. It might seem like an obvious statement, but it’s at the core of our broken relationship with nature. 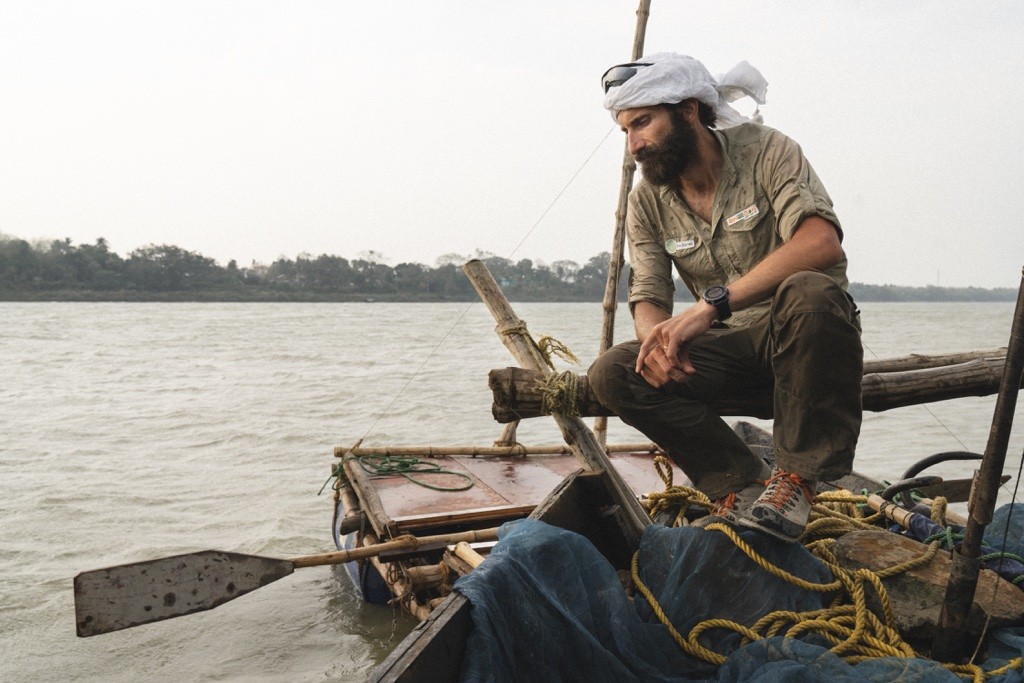 The exploration I’m currently in, the 10 Rivers 1 Ocean project, is a way for me to be in nature, have the chance of experiencing and knowing it even more, but also to raise awareness, by narrowing the gap between science and people as I mentioned before – in order to shift the perspective about the sense of responsibility. Everybody talks about the plastic in our oceans and that eventually ends up in the fish we eat, but nobody is looking for a solution, and this is because the open ocean doesn’t belong to anyone. Incidentally, 80% of the ocean plastic comes from 10 rivers: my goal is to show that we can find the culprit, we can find a solution to this, we can raise the sense of responsibility.

I’m not claiming that exploring these rivers will set us free from plastic, I explore to discover, know, comprehend the reasons why we haven’t found a solution to plastic pollution yet, or to climate change, in the hope that we can peacefully cohabit with what we can’t undo. I don’t really believe in a top-down solution, in waiting for something, whether it’s global policy or a disruptive technology, to save us. We have to save ourselves, and in order to do so we have to make everyone care. How can this be done? The most powerful tool is storytelling: sharing our personal stories with nature, sharing our knowledge of nature, sharing our legacy with nature and restoring our broken relationship with it. Perhaps “broken” is not the best term to use, the truth is that it is probably more accurate to say that it is “nonexistent”: something we lost out of our love for technology. We’re so good at creating and building and doing, that we have replaced nature with technology, thinking that it would be enough. When we realized that, in fact, it is not, we turned back to nature, but since we are homo fabers we try to create artificial natures. We have the competence and abilities to artificially recreate some sort of nature, while in real life we are so far from it. 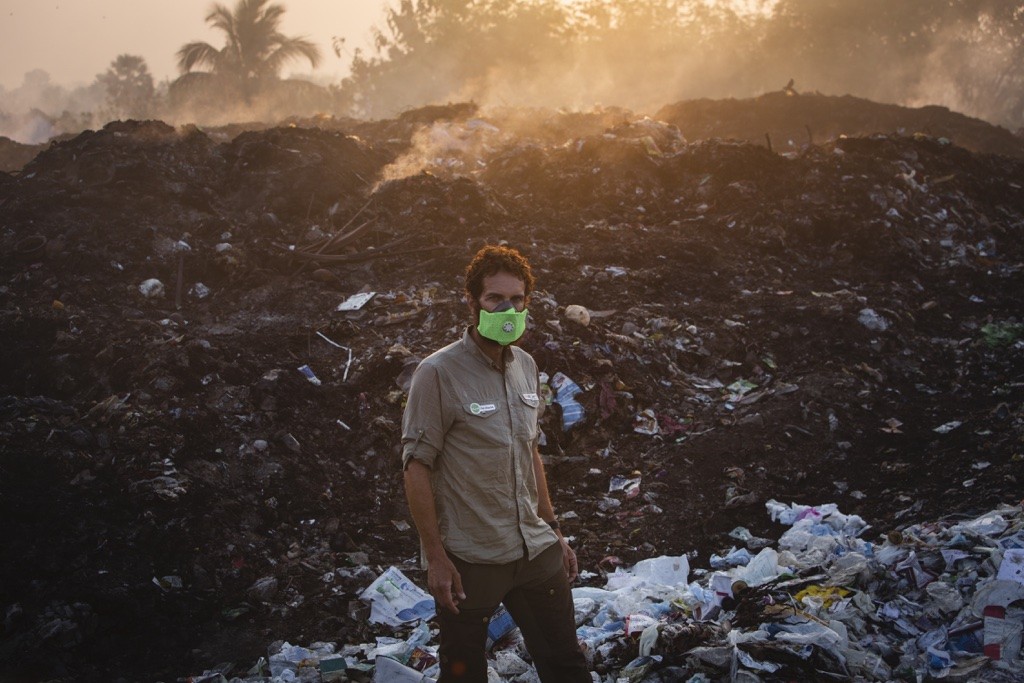 At the end of the day, we’re a very plain and simple species: the actions we plan are designed for short-term satisfaction, a maximization of the hic et nunc. Being so distant from the future, we can’t imagine which practices to put in place, also ecologically speaking, to meet both our survival and the wellbeing of the human species — something everyone can experience in their real life. Anthropocene may be a recently-coined word, but the concept is nothing new. Its cultural inception dates back to the Bible: the Genesis reads “Let us make mankind in our image, in our likeness, so that they may rule over the fish in the sea and the birds in the sky, over the livestock and all the wild animals, and over all the creatures that move along the ground”. This, human’s self-entitled right to dominate nature is the emblem of mankind’s unwillingness to understand nature, and is what slowly led to climate change.

It dates back to 2000 years ago, not only culturally, but also technically and technologically: the inception of Anthropocene lies in the invention of agriculture. Part of the reason why climate change is not being tackled lies in the very nature of climate change: on one side, it’s something we have a very limited experience of, as its logic and features go well beyond the lifespan of our species, but also because there is no identifiable culprit: and this makes people uninterested when it comes to thinking about how to solve the issue. Something which is not the case when it comes to plastics: plastics became the symbol of climate change, not only because it’s an emblem of the technological acceleration, but also because it does have a very identifiable culprit: us.