In praise of sci-fi determinism

Is the future so utterly scary just because we can’t imagine a better one? 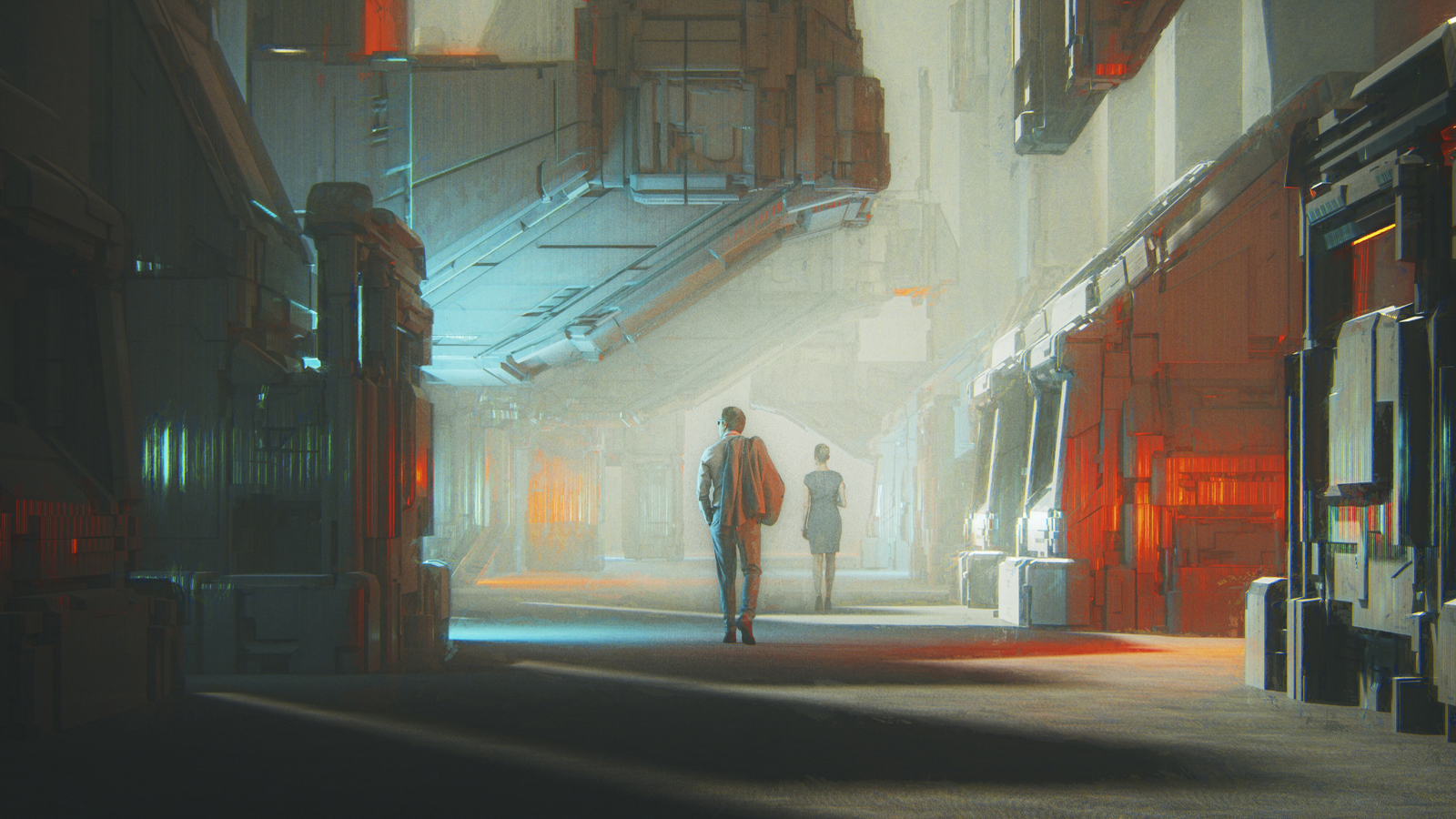 In 1983, science fiction writer Isaac Asimov was asked by Canadian newspaper The Toronto Star to predict what 2019 would look like, as part of a homage to the namesake year of George Orwell’s acclaimed book, 1984. Asimov was asked to foresee the next 45 years, the same time that separated Orwell from 1984 when he wrote his book. Of course, Asimov didn’t guess everything correctly, but reading through most of his predictions, one can’t help but get goosebumps.

Asimov’s brilliant mind predicted technological devices becoming part of our lives (“an essential side product, the mobile computerized object, or robot, is already flooding into industry and will, in the course of the next generation, penetrate the home”); how computerization would disrupt the job market (“the immediate effect of intensifying computerization will be, of course, to change our work habits”) and the consequent urge to update the education system (“a vast change in the nature of education must take place, entire populations must be made “computer-literate” and must be taught to deal with a ‘high-tech’ world”). What’s most fascinating, however, is how he predicted climate change too — in a time where climate warming had only been theorized and the word ‘Anthropocene’ had been timidly pronounced by a few select scientists. In his article, in fact, he stated that by 2019 “the consequences of human irresponsibility in terms of waste and pollution will become more apparent and unbearable with time” and “hoped” that technology would be advanced enough to “help accelerate the process whereby the deterioration of the environment will be reversed.”

Asimov was no conventional mind, and was one of the most brilliant thinkers of the last century. His predictions give us a good sense of how, when it comes to imagining our future, science fiction has always been a strong driver of innovation. Most of the time, this genre has been as pivotal as science in shaping our tomorrows, contributing by inventing technologies, shaping the imagination and thought that, sooner or later, we would see unfolding as time went on. “Science fiction doesn’t have to deal with real life and its limitations. It’s a space where imagination has no opponents: Sci-fi writers take reality and ‘edit it’ without constraints to prove their point. It’s a genre that helps humans imagine the future. It’s Francesco Verso talking, an Italian Sci-fi writer with a degree in environmental economics: “Sci-fi’s goal is to educate the population on new technologies and prepare it for future scenarios.” In such a framework, Asimov’s prediction being so close to reality almost seems natural.

When it comes to this genre, what has changed since Orwell’s and Asimov’s times is its catchment area: in 1949, as in 1983, Sci-fi literature had a very niche audience, while in 2019 it’s one of the most trending genres which has broken out of its literary, printed roots, and onto the screens of our laptops. According to Sci-fi writer Eliot Peper, such popularity is due to the need of our times to develop a new mythology: “Up until a few decades ago, life had worked approximately the same way for many generations. In this static context, literature was a tool made of stable stories that helped people make sense of the world. Now that technology is changing our world at an unprecedented pace, science fiction is building the mythology of the 21st century — a mythology shaped by technology and climate change.”

Climate change, de facto, is becoming one of the main topics in science fiction, to such an extent that there is now a sub-genre of novels which are set in a natural disaster scenario: it’s the so-called climate fiction, which is trying to imagine a climate-changed world ravaged in the near future. Most of these imagined futures are, as one could guess, dystopian. Eliot Peper’s trilogy is set in the near future and explores the geopolitics of climate change: “the ubiquitous digital feed shapes our lives and politics. So does climate change. How do we, then, deal with the technology disruption and the declining of nation-states in a climate disaster scenario? How do we invent new human institutions for such a changing context, in a present in which traditional institutions seem not to be doing much, while hedge funds are already working to profit from climate change?”

A declining nation overlaid with a climate change scenario is also the backdrop of journalist and novelist Omar El Akkad’s “American War,” which depicts a civil war over the leftovers of fossil fuels erupting in a United States that has been devastated by natural disasters. According to El Akkad, science fiction’s aim is not that of trying to predict the future, but to redistribute the present. “William Gibson stated in what’s now a worldwide famous quotation, that ‘the future is already here, it’s just not very evenly distributed.’ This is mirrored in something else which is also already here, but not very evenly distributed: climate change.” What science fiction does in general, and climate fiction in particular, then, is redistributing the present: “I write about climate change ravaging the United States in some kind of future, but what I’m really doing is redistributing what’s actually happening right now, in this very present in which the Gulf of Mexico is losing, as a result of climate change, an area the size of a football field.” Once again, it’s not about the notion of trying to predict the future, something science is devoted to, but a matter of deciding where to shine the spotlight. “Wanna see dystopia in action? Go to Venezuela,” claims Peper.

So is this anthropogenic ‘present’ (for some, but ‘future’ for others) so utterly scary that we’ve lost all of our imaginative power — which, by the way, we have always considered to be exclusively human? Is our inability to imagine a different future under such premises the reason why dystopian Sci-Fi books and movies are so popular right now? “Sci-Fi, in all its forms,” says Francesco Verso, “always shies away from reality. Now that reality has become a dystopia, speculative fiction is slowly going back to doing utopias and building new scenarios to overcome the complex issues we will face.” This is something that Solarpunk, a very recent wave in science fiction, does. Whereas in Cyberpunk there is a hero fighting to survive against an evil corporation, Solarpunk implies the salvation of community. “It’s ‘solar,’” Verso adds, “because the future it imagines is ecological, it features open-source solutions and renewable energies in a society that is finally finding a new way to socially live together in harmony with the planet.” Demanding constructive stories that question the current state of the art, this genre aims at finding feasible solutions to problems rather than indulging in pessimistic dystopias that offer no path forward.

It is not that the future happened this way because Asimov said it would. Of course, speculative fiction has never been, and never will be, enough to shape the future: but any self-respecting transformation is nothing without imagination. Our human ability to imagine something better, something greater and something that views the Anthropocene as a part of our present but not necessarily our future, is key to ensuring that the mistakes of the past are not repeated moving forward. In this sense, Sci-fi is more fact than fiction.

Main image artwork by David Revoy for the preproduction of the fourth open movie of the Blender Foundation ‘Tears of Steel’ (project Mango).