Notes on humanism and tech to jumpstart Italy

Generation Z and Generation Alpha will be different from us. We have to give them opportunities to learn and invest in their ideas. 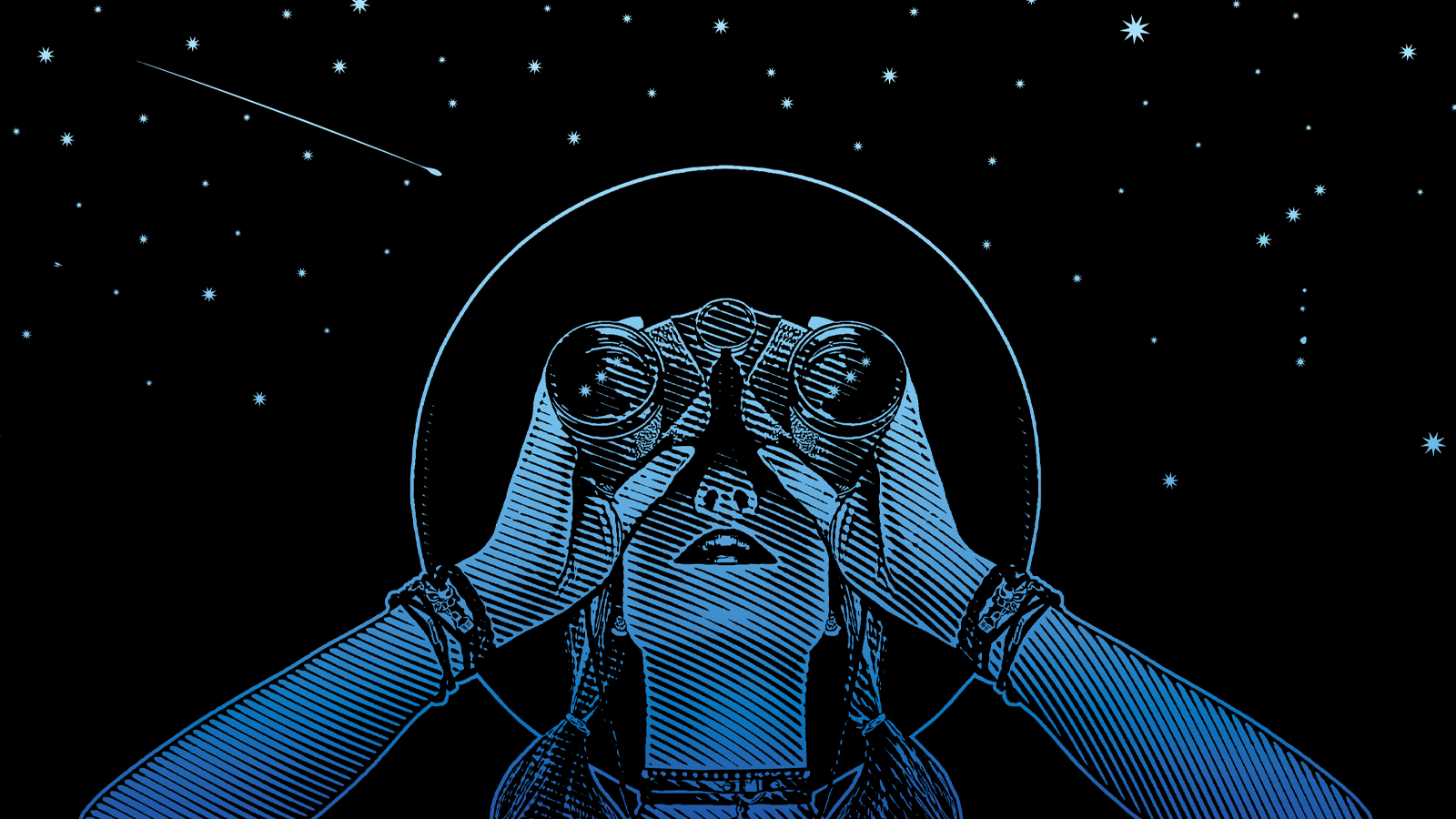 In less than four months, we will be in 2020. That is something incredible for my generation to think about. We from Generation X (1960 – 1980) grew up with many expectations about the new millennium. Growing up in a world that was full of inequalities, trivialities, and yet free of most ethical dilemmas, we anticipated the future with intensity, romanticism, and maybe a little anxiety. Technology was making its way from labs to our desks, and films helped us dream of exploring galaxies, time travel, and cars invented by people in white coats.

“Blade Runner” paints a horrific picture of a 2019 and Planet Earth that has become unlivable and completely shrouded in fog due to pollution and overcrowding. Reality is, thankfully, a bit better. Our planet is still here but we have to pay serious consequences for our actions — and we will count on the genius of the next generation to save us. Our children and our grandchildren will have to somehow erase the damage that we have done. It’s a huge responsibility for the next generation, as Peter Parker’s Uncle Ben said in “Spiderman”: With great power comes great responsibility. Our country will reach 2020 with very little awareness of what’s coming next, thanks to a state and commercial television that is stuck in the 1980s. Immersed in discussions, we struggle to understand how we have gone from analog to digital. And while on the one hand, like most of Europe, we have abandoned our cultural leadership, on the other hand we are guilty of not only polluting the world but also of not investing in our children’s future to save it.

Investing in the next generation means two things — shaping their minds and investing in their ideas. Although Italy has given the world the educational models of Montessori and the lesser-known, Reggio Children Model, these are not enough. Especially in recent years, with some exceptions, our educational system has survived thanks to the many gifted teachers who, for their own sake and passion for what they do, have kept pace with students who think profoundly differently than students of 20 years ago — extremely differently, as least from what I understand of the European and American educational systems. Suffice it to say that in 2020, the children of the Millennials — Generation Z (1997 – 2010) will begin to graduate, while the Alpha or iGenerations (born after 2010) will be in elementary school.

Z and Alpha represent two generations which are our bridge to the future — generations that never knew analog: they are completely digital and faster than us, reasoning with a global and nuanced perception of borders and the world. The last generation, the Alphas, will probably not consider it necessary, interesting, or even useful to follow the milestones and behaviors of previous generations. They might not buy a house or car. They will see waste as a crime against humanity and they will likely have less of a hunger for success, wealth, and luxury.

Luxury will take on a new meaning. Luxury might mean living in harmony with nature, becoming spiritual, and worrying more about sharing than owning everything. But more than their ethics, the next generation’s sensitivity to environmental issues will make us look like we were living in the 19th century — Like Greta, who has decided that she won’t go to school unless we listen to what she has to say about the environment. The other way we are doing too little, too late, is by not believing in and investing in their ideas. Instead of investing money, we need to believe in their ideas. We need to stop saying that in our country certain things cannot be done. We have to forget about concepts that have no place in the contemporary world, we need to instead promote models of success that can reassure and motivate them.

Ours is the best country in the world for innovation. Our language gives us infinite possibilities to create meaning — subject, verb, and object in English and German can have at most two or three meanings, but in Italian, they are unlimited, which gives us a unique mental openness. We live in a wonderful and varied landscape, we exude humanism, our quality of life is among the best in the world, and our varied culinary traditions are unmatched. These attributes might seem irrelevant to doing business, but this is not the case. Over the years, I have discovered that innovation only comes from merging technology with humanity. Innovation, as Steve Jobs used to say, was born at a crossroads of technological arts and humanities — I would add Human, and our symbolic H to that, because more than ever, everything must rotate around our sustainability, needs, quality, and ethics. Innovation means improving something and adding a benefit to the community.

Man is always at the center, because man is the end user, and the “journey” of progress always responds to a human need. If you add culture, beauty, art, and ethics, that changes innovation’s depth and impact. And behind any of these, there is always an enabling technology, be it fire, the wheel, electric current, automobiles, the telephone, or the internet. But humanism is the key that gives meaning to everything. And education is a crucial theme. And in Italy there is a lot to do, because we are living in a different world. Family is the main role model in our country, which at best succeeds in compensating for the weakness of our school system, which tends to repress creativity for various reasons.

Someone who has an innate need to create has to find their own way to present their work. But we also need to look at the work of previous generations, at their experiments and limitations and where they fell short. It’s impossible to contain a young person’s desire for progress, at some point it will have to come to the surface, especially with innovative tools that have no limits. New generations are more reactive, they relate to people in different ways and it’s impossible to think that what worked for us will work for them, or to think that the education that we had will work for them. If we think this way we will delay their progress. We have to open ourselves up to new educational models and this education must be immersed in innovation, to match the needs of today’s jobs. This is why we created a campus, where we can have a cohesive ecosystem that shatters the typical ideas of time and roles.

Italy, which this year celebrates the 500th anniversary of the death of the world’s greatest genius — Leonardo da Vinci — has a great advantage in this game of innovation. It is a safe country focused on people while still being rooted in a rich history as you can see from conversations in homes, piazzas, at bars, and in our historical centers. If we give children the opportunity to activate their minds and to let their imaginations run wild they might even look to positive role models from the past. It’s all possible. We can do it. We have already done it many times. As Gene Wilder said in “Young Frankenstein” movie. We can do it every day. But we have to believe that we can do it.

But we are not believing it, or worse, we are not worrying about those who have resigned themselves to having children who will study abroad, already anticipating a brain. Most don’t care. Somehow we still find our way to access information but clearer guidelines are needed. Our country needs to support these models by sharing them and raising the bar. Italian thinkers are contributing to the world’s knowledge economy, like U.C., Berkeley Economics professor, Enrico Moretti, in his book “The New Geography of Jobs.” Moretti examines the 21st century as largely driven by human capital and its output of innovation and knowledge and says the future of the economy is built around talent. The book was even on Barack Obama’s list of must reads for 2018.

Our future success will be based on our capacity to focus our talent around a vision. We have already seen how difficult it is to attract the best talent to Italian companies, and if these companies collapse, our system will collapse. And the frustrating thing is that we are the country that has all of the aces in hand to win the game, because we can invest in our children and also their children. But the problem is that we are always looking outside and we believe others are always better and do not appreciate what we have. We are trying, thanks to the support of people who share this vision, and many others who are trying, but they are small victories, and another problem is raising awareness because otherwise these ideas will run out of steam. Milan, in recent years, has kept pace with the rest of the world, by joining the excellence of its fashion, design, and finance districts and its world class universities. But Milan alone cannot carry Italy, or even try to surpass France in terms of food and culture (however we do have them beat with our number of cheeses: 487 vs 247). Milan, however, is guilty of being unaware of the rest of Italy and the numbers show that it is lagging behind the rest of the most innovative cities in Europe. Milan certainly has more talent than anywhere else in Italy, but invests in ideas 20 times less than London, and does not even rank among the top 10 European tech hubs, coming in at 11th, after Dublin, Copenhagen, and Munich.

That’s not great, especially in a Europe that is slowly changing its character, as industries that have traditionally driven the economy have suffered a decline over the last 10 years as a new economy is taking over, with the tech sector growing five times faster than any other industry. In 2018 the number of workers in the tech sector increased by 4 percent, and the number of computer developers in Europe surpassed that of the United States: 5.7 million vs. 4.4 million. Predictions show that this could increase even more, with the hope that the Z and Alpha generations can give Europe the cultural leadership that is needed to drive global evolution.

So we must believe, support, and invest in the ideas of our young people. We must also attract, train, and collect the best talent possible by creating the most optimal conditions in the world for a new innovation economy that is not necessarily digital but might also integrate manufacturing technology. A perfect example is when Mr. Facebook, Mark Zuckerberg, visited Luxottica recently. An incredible achievement of our country is that we have the courage and extraordinary vision to guarantee that we will have a place in the field of innovation, even if we must start from scratch, relying on the talents of our young people.