Jeffrey Schnapp’s face fluctuates through pixels over Milan’s overloaded internet connection. From Woodstock, Vermont, where he has retreated as the coronavirus pandemic spreads through the United States, he looks into the frame of the video-call: “What we are living through right now will redefine how we interact with others over the longer term,” he says. “The virtualization of labor, communication, forms of entertainment; the substitution of physical proximity with on-screen intimacy. They are tendencies that have existed for some time now but are now accelerating so much that they may make our recent past unrecognizable. Even after the pandemic subsides, they are destined to become part of a new normal.”

Resistant to the idea that technology is ‘external’ to culture or the uncontested dominion of technicians and developers instilling their characteristics into the software, apps, and social networks we feed on everyday, Schnapp has approached the development of digital culture with an original approach, and during the last 20 years has contributed to the flourishing of a new field of study: digital humanities—the human sciences deeply enmeshed in the never-neutral spaces of technology. The Digital Humanities Manifesto came into being in 2008, while Schnapp was commuting between San Francisco and Los Angeles. It started as a provocation (that would later be collaboratively expanded and reauthored) that sought to examine the limits of the academic disciplines and the ‘orthodoxies’ of university departments competing amongst themselves. It tried to imagine alternative institutional containers like “humanities laboratories” inspired by the laboratories of the avant-garde but also, in part, by such structures as medieval scriptoria, thought laboratories like that founded by Benedetto da Norcia at the Montecassino monastery. “Special spaces,” Schnapp explains, “because they were capable of combining research, study, and contemplation, as well as functions that we associate today with artistic study: hackerspaces, chemistry laboratories, and farms, rather than publishing houses. They were places to meet, of learning, and collaborative manufacture.” The medieval reference shouldn’t be surprising: Schnapp was trained as a romance philologist and is the author of a significant corpus of writings on the Middle Ages, even if his circle of collaborators today tends more towards technologists, designers, artists, and architects.

“In 1999, Stanford invited me to develop a visionary initiative in the arts and humanities,” he says. “The challenge was to build bridges between the arts and humanities and the technological revolution unfolding both on the Stanford campus and in the surrounding Silicon Valley. They were intrigued by the fact that back in 1984 I had directed the first database project funded by the National Endowment for the Humanities: The Dartmouth Dante Project, a database making it possible to explore, verse by verse, seven centuries of commentary on the Divine Comedy, from the words of Jacopo Alighieri (Dante’s son [1321]) to those of Anna Maria Chiavacci Leonardi (1997).” 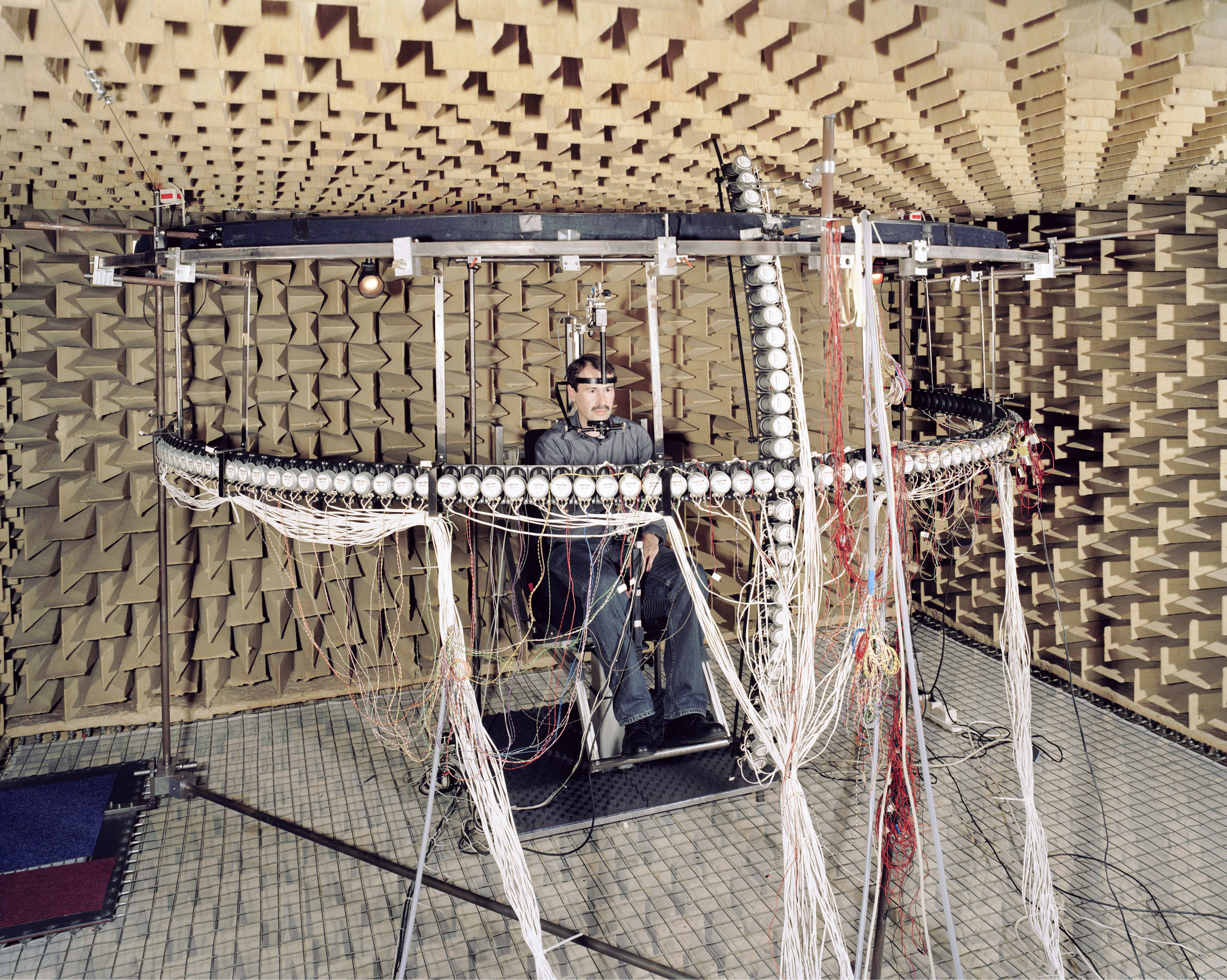 Daniel Stier's project, which became a book, Ways of Knowing, began accidentally, when he photographed a research laboratory and "felt like he was visiting an artist's studio." He notes that both follow the same level of obsession and specialization and "try to work out where the order in chaos lies." Stier presents the machines and workspaces of small-scale scientific research facilities out of context, asking: is it art or science? Through his lens, these workspaces become artworks in and of themsleves.

The result was the Stanford Humanities Lab (1999-2009), which brought together models of humanistic inquiry and technology innovation through a portfolio of projects that encompassed everything from performance-based pedagogies for the teaching of ancient philosophy to the design of museum interactives to experiments with knowledge production in virtual worlds. In 2009, Schnapp left Stanford and two years later became the founder and faculty director of metaLAB at Harvard, which he guides to this day.

“metaLAB is an experimental platform committed to the creation of new forms for cultural communication, critical practice, and production of scientific knowledge,” Schnapp explains. “One of our main lines of interest is that of re-imagining libraries, archives, and museums for the 21st century. Also among our fields of exploration are the critical and creative use of artificial intelligence in the cultural field, database design and storytelling, data visualization, forms of pedagogy connecting mind to hand, as well as experimental publishing (which includes both print and digital publishing). Given that metaLAB is part of Harvard’s Berkman Klein Center for Internet and Society, we tend to think of ourselves not just as catalysts for change within the academy but as agents of change beyond the university’s walls. I sometimes refer to our work as ‘knowledge design’ in order to suggest the existence of a greater horizon of ambitions than that usually implied by ‘digital humanities’ or ‘civic humanities.’”

In addition to his influential corpus of print-based cultural historical work in various fields medieval to modern, Schnapp is also engaged in various forms of experimental scholarship. “Instead of concentrating on a single text or a single author or marshalling such tried-and-true humanities methodologies as close reading or observation, I have experimented with an inverted approach and asked myself: ‘How can one analyze an entire digital corpus or collection, even one made up of hundreds of thousands of objects? What can be extracted from the entire archive of an author or group of authors or generation?’” he explains. “Such corpora represent vastly expanded universes, universes in which the data can prove either disappointing or illuminating, the analytical tools either dense or revelatory, depending upon the research questions that one poses, the analytical tools that are employed, and the architecture and quality of the data itself. Data analytical tools are usually at their best when it comes to identifying patterns and constants, but, of course, the real interest of a collection may lie in the anomalies which are far harder to capture. Digital methodologies offer no guarantees in and of themselves; they need to be applied with rigor and a nuanced understanding of both their powers and limitations. They can help make a route clear, or the opposite. This is something that I have learned through practice and by making (and, especially, learning from) mistakes.”

He continues: “As might well be expected, I haven’t always been on target with my predictions as regards viable technologies or digital media for purposes of reimagining humanistic research. At the beginning of the 2000s, for example, at the Stanford Humanities Lab, we invested a great deal in 3D virtual worlds as sites for building extensions of exhibitions, staging events, and documenting research in progress. It was the heyday of Second Life, there was a lot of attention being paid to this sector. We built some brilliant and innovative content in Second Life, even hosting the world’s first live film premiere in a virtual world: a documentary by the artist Lynn Hershman Leeson simultaneously shown at Sundance and on our island within the reconstruction of one of Hershman’s site-specific artworks from the early 1970s (Dante Hotel). This proved a big success. But there would be failures as well. This happens. You have to take risks. The academic world tends to be averse to risk but at the Stanford Humanities Lab or, for that matter, at metaLAB we are anything but risk averse.” Failures provide a basis for future successes.

From this transdisciplinary background, Schnapp is now looking at the cultural and social challenges that the pandemic has accelerated. Above all, the necessity to radically rethink another facet of our everyday experience: The one stuck in the screens that are separating (and connecting) us from/to one another, as we aim to contain the virus. “metaLAB is a collection of projects-in-progress; we always work in more than one area at the same time, often exploring the relationships between the real and the virtual,” Schnapp says. “Our research typically involves the creative intermingling of the physical and digital domains, which is to say that we assume a critical posture with respect to the normativity of ‘screen culture.’ Our aim is to reset the foundations of the way we use screens; to emphasize the multisensory aspects of cultural experience and communication even as we work with digital tools and screen-based devices.”

“If the pandemic has reinforced humanity’s reliance upon networks and screens, it has done so in the wake of a long prior history of virtualizations of the social. First with letters transmitted via postal systems, then telegraphs and telephones, then radios (whether one- or two-way), then with televisions, humanity has gradually equipped itself with infrastructures that allow people to connect without making direct physical contact. With the intensified importance recently assumed by videoconferencing platforms like Zoom, Meet, Teams, and Jitsi, we have reached a new plateau that is sure to have an impact on people and institutions as well as enduring well after the pandemic has run its course.”

“This change doesn’t only concern relationships fractured due to social distancing, but also didactics and teaching, a sector that, as a professor, particularly interests me. Most of the content offered today via online and video conference platforms is still very conventional. We must ask ourselves how to enhance online lessons, how to make them more medium-specific in character. Here too, we are only at the beginning, although there are already interesting trends to observe. I am thinking, for instance, about the renewed role of rhetoric on-line and on-screen.”

“For well over a century, the ‘gold standard’ for measuring the labor of scholars in humanistic fields has been the publication of monographs and specialized essays: print artifacts accompanied by a dense apparatus of notes that acknowledge and refer to previous arguments,” Schnapp explains. “If someone had told a nineteenth century luminary that this would become the defining proof of his or her intellectual value, he or she would have been surprised. In prior eras, the recognition of intellectual and scholarly value came just as much through lecturing, the ability to address a public (expert and not) and drawing this public in, and the brilliance and even wit employed in debating in front of fellow scholars and students. Ferdinand de Saussure, for instance, never wrote up his Course in General Linguistics even if he taught it for multiple generations; the surviving text is little more than the aggregate of his students’ lecture notes. And, even the mere act of capturing learned oratorical performances on YouTube can give rise to unusual success stories like that of Alessandro Barbero. I have seen thousands of people sharing his lessons from 10 years ago at the Festival della Mente in Sarzana. In this way, his lessons live on in the mind of an audience that is highly unlikely to ever pick up one of his specialized publications.”

But the future will not only be housed within the world of screens. “Paradoxically, the bombardment of screen-based experiences that we are experiencing today, will have the effect of making us miss physical presence even more,” Schnapp concludes. “The ubiquity and normativity of screen culture, on the one side, and the counter-pressure of all those movements asking us to switch off our phones to reconnect with the here-and-now, on the other, will enter into an even stronger dialectical struggle. As much as I don’t like the term, I think “glocalization” will be the territory of the future: That is, a strong tendency toward being in contact with what we have around us locally, even hyperlocally, while at the very same time we are absorbed ever deeper into the web of global networks and information, a web that is 100% agnostic with respect to physical location. What may perhaps disappear is what lies in the middle.” 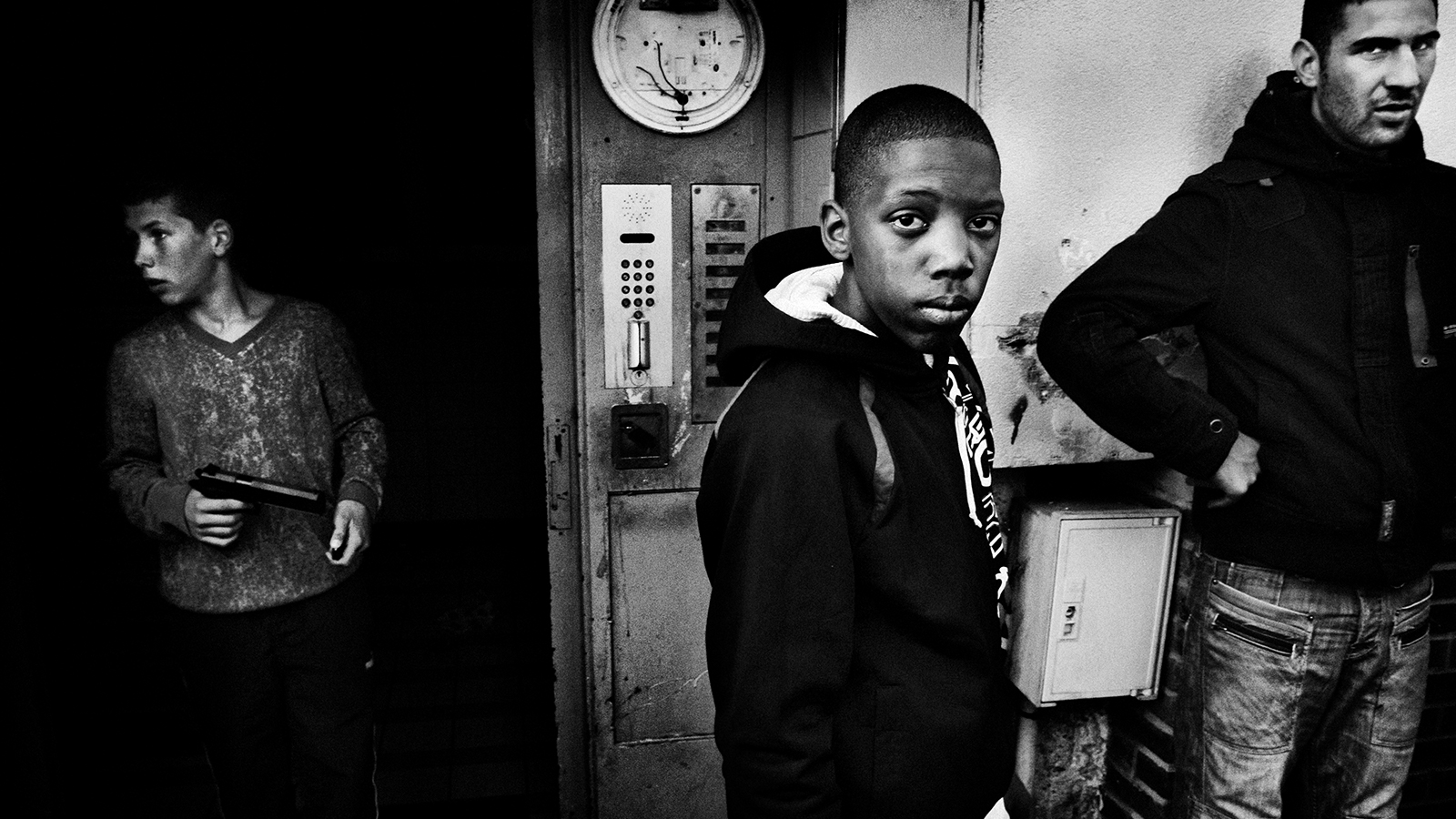