How does a person’s job, or the way they spend their days, define their sense of time and give meaning and purpose to their days? 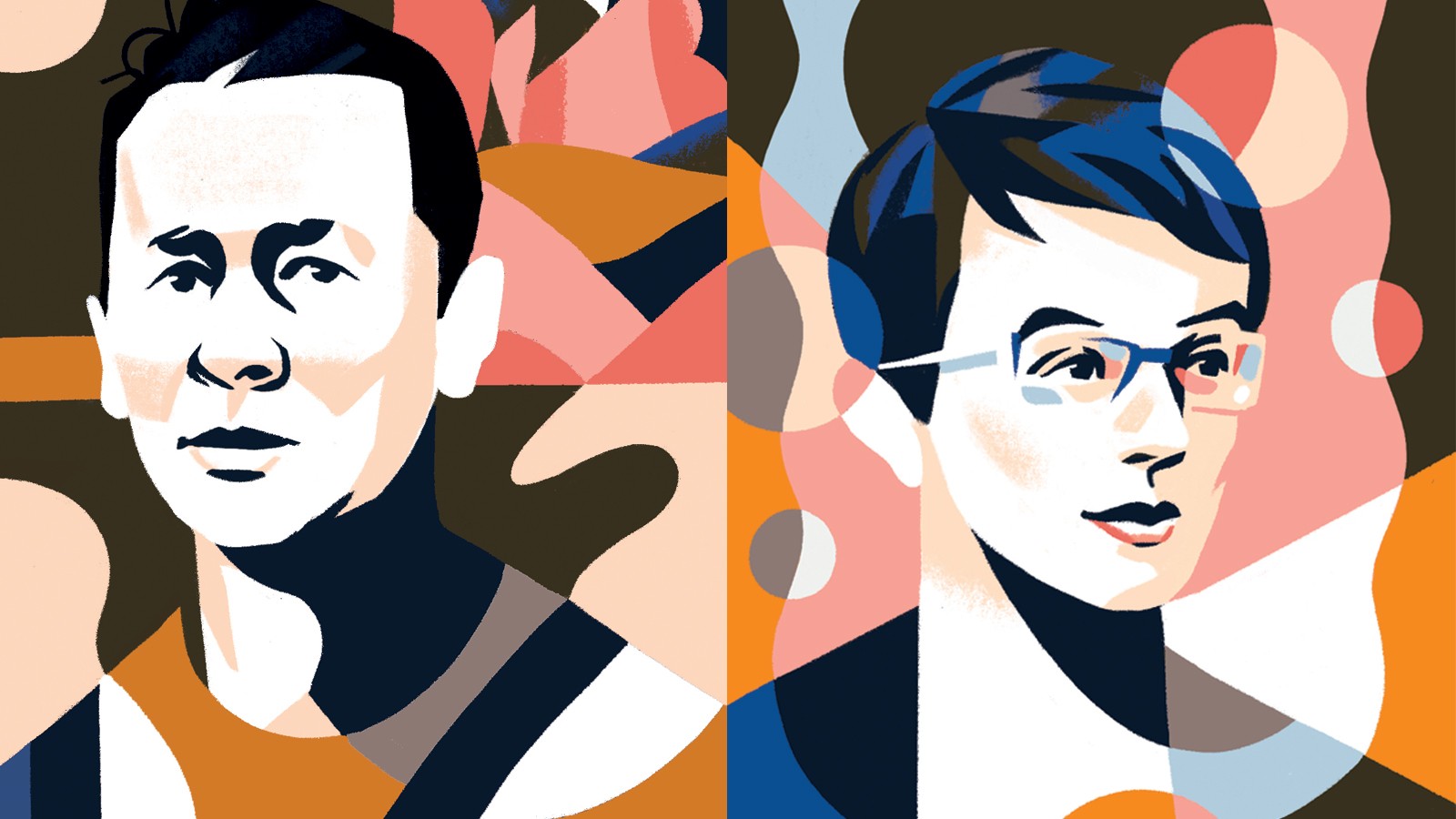 A nun, a street sweeper, a clockmaker, and a scientist from Switzerland  — the country of time and precision — share their perspective on the precious 24 hours that we are given each day. The talks were part of the podcast La 4e by Laure Gabus, produced by Reportage in partnership with Radio Vostok.

“I take time for myself in this simple work: arms busy, head free,” says Michel Simonet, a roadmender in Fribourg. Every day, from 5 a.m. to 3 p.m., he sweeps the same streets, repeats the same gestures, and empties the same garbage cans. After graduating in Theology and working briefly as an accountant, he chose to become a sweeper for the love of the job that gives him time to contemplate, observe, and be a public servant.

Every morning, by ritual and for poetry, he hangs a rose in his sweeping bin. A married father of seven children, Simonet pictures his life as “quasi monastic.” His present, past, and future are all linked in a cyclical linearity.

“My life repeats itself, but things are moving forward: it always has something different, we grow, we evolve,” he says. Simonet, his rose, and his broom offer something reassuring for passersby: “I am a kind of beacon, a fixed point. Until the day it will stop.” His job is also a way to get away from the constraints of time, society, or family: “I enjoy having no professional worries. When I get home, I can let go of my broom.” On the other hand, while sweeping, his head is free. He uses it to repeat songs or think about columns that he writes for a local paper. In 2015, he published Une rose et un balai. Petit traité de sagesse d’un balayeur de rue (A Rose and a Broom. Small treatise of wisdom of a street sweeper). His book was reissued in France, translated into German, and sales exceeded 30,000 copies. “Writing comes from a desire for transmission — Simonet says — The past must lead us to something, not just a feeling of nostalgia or memories for oneself. It must contain philosophy, not just facts.”

Gaëlle Boudoul works with particles that move beyond the speed of light. She supervises the CMS experiment — one of the four CERN particle accelerator labs, 100 meters underground, somewhere between the Swiss-French border. She says: “Time is complicated in science. From the infinitely large to the infinitely small, the universe is governed by universal laws. Whereas time is relative. It expands and distorts, according to the person who measures it. And that’s what makes the concept of time kind of crazy.”

To explain time in particles science, she talks about Einstein, the distortion of times and muons, large electrons created by high-energy collisions of star dust as it enters the atmosphere. “Muons have a lifetime of just a few microseconds, which shouldn’t be long enough to penetrate the earth, and certainly not 100 meters underground and be observed by the CERN detectors as it is the case,” says Boudoul. Einstein has established that speed is calculated by distance over time and time would then be the 4th dimension after length, width, and height. The universe has not been made for us. On our human scale, it is impossible to imagine this 4th dimension, and its relativity. Mainly because we are not going fast enough. To experience it, one would have to go beyond the speed of light. Einstein explained that muons have been created by such a powerful energy shock that their speed is close to that of light. In these conditions, time and distance expand. So that even if the muon lives a few microseconds, we watch it live two to three times longer. “Time is rare and finite. It is one of the most expensive resources the earth offers us. Therefore, in an epoch where everything accelerates sometimes to the nanosecond, I advocate for the preservation of a proper human time in our societies. My recipe? Maximize the present, do not regret the past and project into the future as little as possible.” 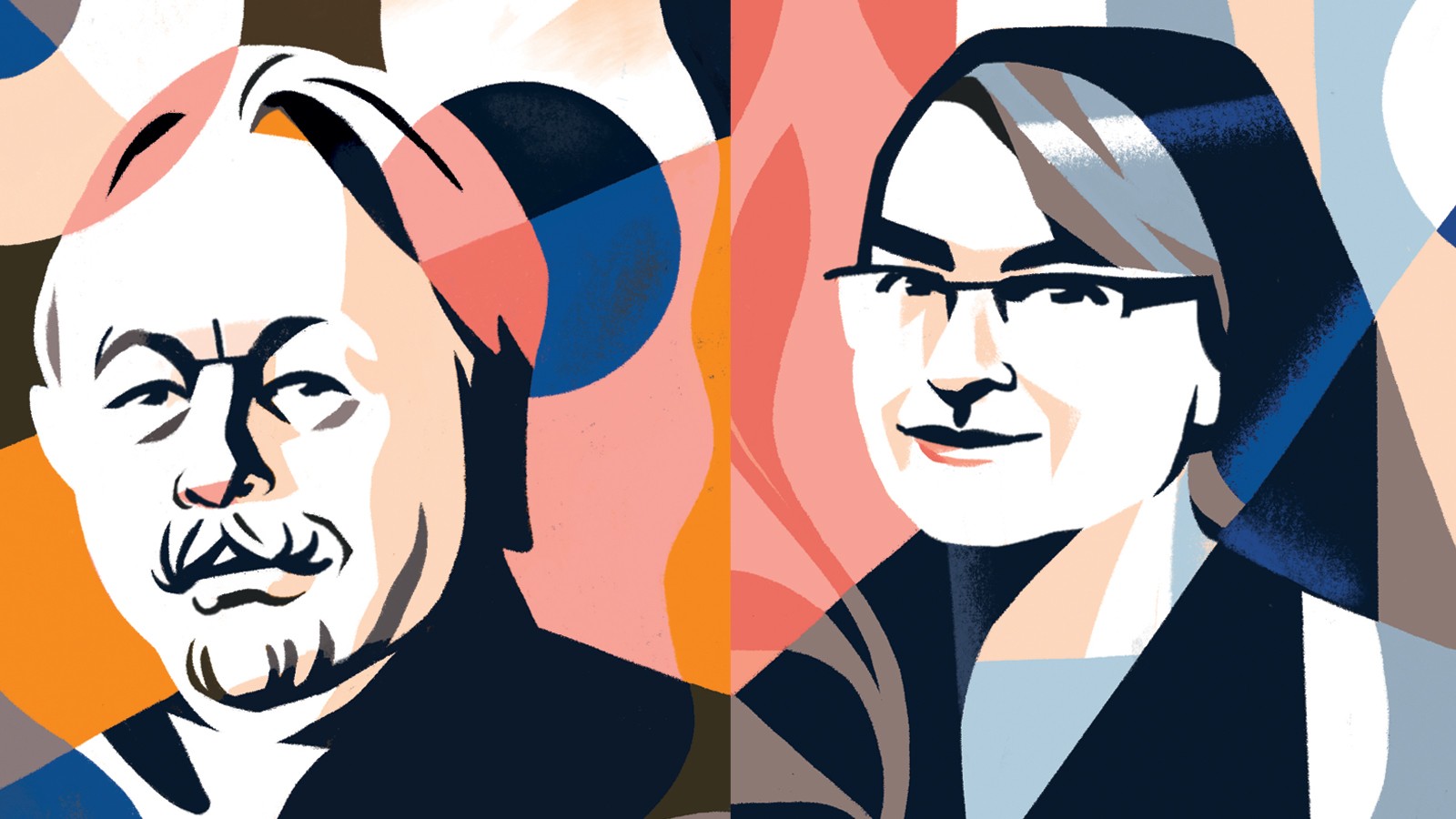 Time passes differently for Philippe Dufour than for the watches that he makes: His work is immortal, but he is not. The legendary Swiss watchmaker is dealing with one of the greatest dramas that craftspeople or artists could face — years have passed without him finding a successor. Dufour’s workshop in the Vallée de Joux is filled with tools, some of which have been handed down to him from his grandfather. “I can make you whatever watch you want. A watch that goes twice as fast or goes upside down, but time will not change,” he says. “Watches tell the hour, not the time.”

So what is time? Dufour points to the sky and marks the path of the sun, from east to west, from sunrise to dusk: “Sun is the real time.” For many, Dufour is one of the greatest watchmakers of the 21st century. At a time where brands produce nearly 800,000 timepieces a year, he has manufactured some 200 throughout his career. His models, including Simplicity, released in 2000, are now snapped at auctions. His best sale has exceeded one million euros on a private website. The recipe for his success is a simple mix of “time and passion.” Time spent making the watch is as important as the person who spent that time making it, he says. Dufour underlines the importance of traceability (the origin of the person who created it) in watchmaking and the need for brands to restore the human touch: “People want to know who made their watch and how,” he says.

The master observes his success humbly. And success seems to go hand in hand with the acceleration of time. Dufour works alone, unable to answer all the orders that he receives. Time has taught him to say no. No to travels or to invitations, without giving in to the temptation to speed up. He continues his work, piece after piece, day after day.

There are places where time can not be lost or won. Sister Gesine lives in Grandchamp, a monastery in a hamlet on the shore of Neuchâtel’s lake. “We do not live out of the world, nor out of time,” she says. The sister’s Protestant community is global. Here, there is a time for everything: community life, prayer, welcoming visitors, and rest. “We do work for the community, but work does not define us. I am and after I do,” she says. Monastic days are the same but not alike, she adds. “We’re not going somewhere. We repeat, and each time, it’s different.”

At age 34, Sister Gesine left Cologne, Germany, and her job as a social worker to join the Grandchamp community, where she found here space and time to accept herself and to take things as they come, with the confidence that everything is right. Leaving behind her past also allows her to feel freer, even if she does not always succeed, she admits. “Finding happiness is difficult if I constantly think that something is missing out. Everything that matters is here and now.”

Sister Gesine perceives two different times — each one as important as the other: Everyday time — of toil and life in community — and eternal time, “a rare moment where we are bound to everything, a time that is no longer something but is someone — God.” Now, her life consists of finding the right balance between what she pictures as “the time of God and that of Jesus, his son made human.”