The end of handwriting

In the digital age we have moved away from everything analog, including handwriting. Could this catapult us into another Middle Ages? 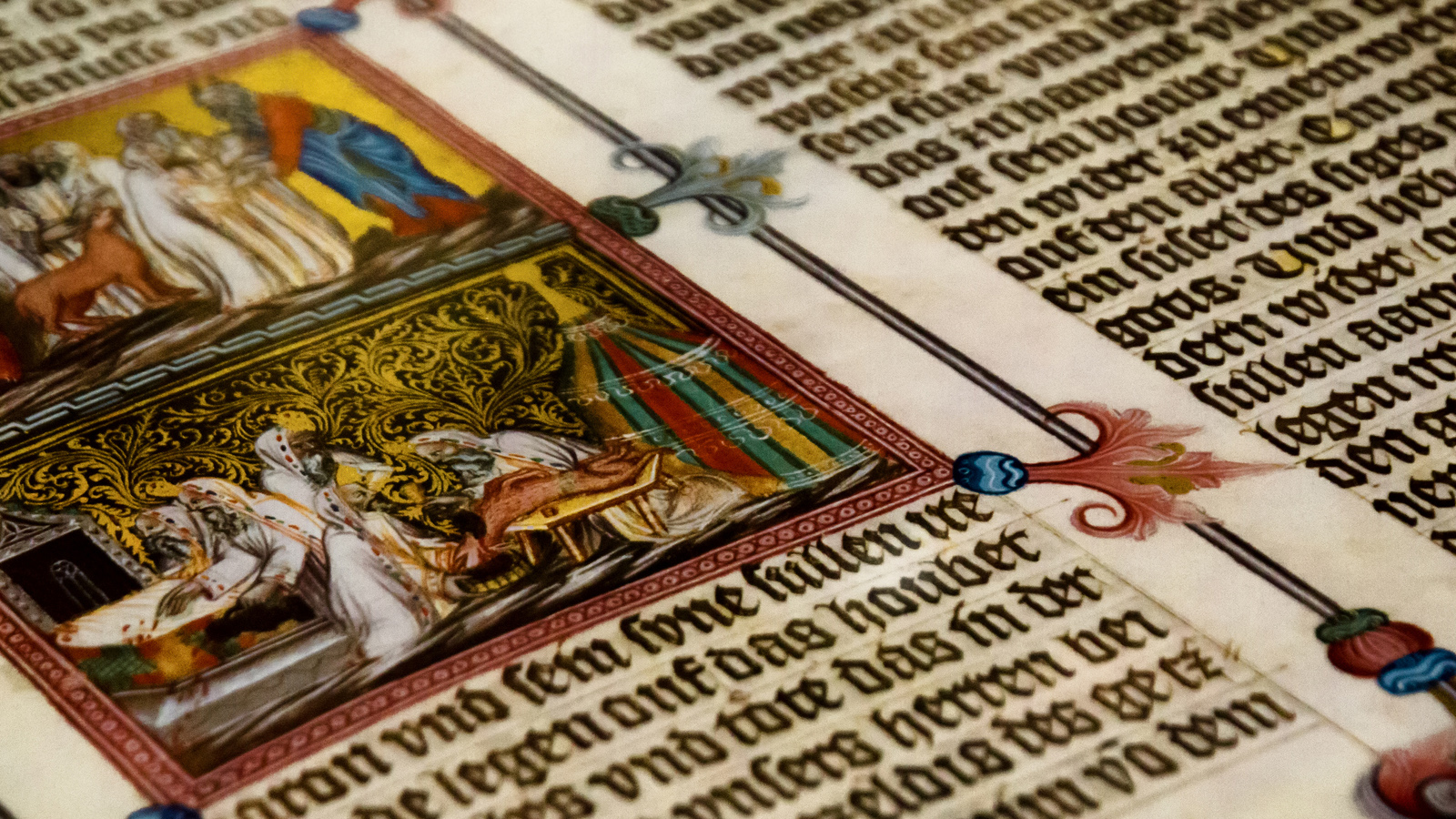 Vienna, Austria - May 20, 2017: An ancient tome with miniature illustration, open inside a display case of the Austrian National Library, famous historic library of Vienna, on may 20, 2017
Education

Today, much less is written by hand than was 20 years ago. As a result of digital progress, we are increasingly turning to conventional technologies that surround us 24/7, instead of using pencil and paper. And why should we? We prefer to send texts with the help of numerous apps that can even be used by children.

This simplification and the use of computer fonts also leads to a loss in personal forms of expression, and identities. Prefabricated fonts and symbols — such as emoticons — convey content but say little about oneself. The death of handwriting sadly seems inevitable, although writing by hand has been proven to promote the formation of synapses in the brain and makes it easier for us to remember information.

However, fluent handwriting requires a lot of practice, concentration, and patience.

And it is precisely this patience that we no longer think we are capable of today. The constant perfectionism of the digital world also deprives us of the possibility of failure. What actually happens when we no longer make mistakes from which we can learn?

Our thoughts and knowledge are increasingly stored electronically. But rapid technological development also means that digital data can no longer be read on media platforms that are 20-years-old. This data is already lost forever. Paper, on the other hand, is age-resistant and can still be read without tools even after hundreds of years of existence. What if all this digital data is lost in a blackout? Could the death of handwriting catapult future generations into another Middle Ages? These are the things that we must think about today.

“First of all, for clarification, says Martin Tiefenthaler, a typographer, graphic artist and co-founder of the Typographic Society Austria, handwriting means that I extract something that I have read in a personal way. Handwriting means to arrange thoughts or circumstances/conditions, to make the contents of the world my own. This ranges from a shopping list — which anticipates the walk through the shelves of the shop — to the taking down of a lecture, to the arrangement of arguments on a topic.”

We asked Tiefenthaler if he thinks that writing by hand on paper means having easy access to an ordering medium.

He said: “When writing down my own thoughts, I think analog writing and digital typing may be equally useful for different people. Quick ideas can be noted down with one hand on the other, on the margin of a magazine or a book, on a notepad, just as well as in note functions of smartphones, laptops, or e-readers. For larger amounts of text, there is also suitable software, such as TextEdit for the OS system, or IA-writers. Word is the most common, but definitely not the most usable program for me, because it always tries to simulate inadmissible design. Handwriting is a symptom of concentration. If you only learn to swipe and/or type, instead of using handwriting, I see critical consequences.”

The Canadian neuropsychologist Donald Hebb’s statement ‘Neurons that fire together wire together’ indicates that complex physical activities can possibly lead to complex cognitive results. Writing is a complex process that is extremely demanding in terms of motor skills. The word articulation comes from the Latin “articulatio,” the joint. It may well be that a flexible “articulated” body is also able to think more ‘articulately.’

A digitally-available font must be perfectly crafted, optimally prepared (in terms of running width and kerning), and well programmed.

Tiefenthaler says the much-used Helvetica, for example, is a typeface from 1956 that is no longer as good as younger contemporary typefaces. We’ve gotten used to Helvetica, but if you’re only a little familiar with font design, you know that we don’t have to rely on Helvetica anymore for legibility. Furthermore, in too many cases the font is chosen incorrectly, and in even more cases a possibly correctly chosen font is subsequently handled incorrectly.

Handwriting is never the end product. This is an interesting circumstance, which can perhaps also explain why calligraphy — which claims to be a final product — is capable of attracting so much attention at first glance, but soon loses its effect when viewed too long or too frequently, and consequently generates disinterest, boredom, and even disgruntlement. This is also due to the compelling lack of content of calligraphed works, which is caused by their brevity since long hand-written content is being read only very reluctantly. The only exception may be letters.

A hard disk is surely even less durable than papyrus. The fact is, that every type of testimony disappears and we cannot even estimate what has already been lost, precisely because it has disappeared. About 1600 years ago, we suffered the greatest loss of books humanity has ever experienced: In a conflict between Christianity and other religions, they burned each other’s libraries. For some essential ancient works we only know that they existed— we are lucky that the diary of Anne Frank has been preserved, but who knows what else was lost.

But as long as people are still expressing themselves — whether through analog or digital writing — does it really matter that kids aren’t learning to write stories on paper anymore? If both can be lost, then maybe we shouldn’t be so worried about the end of analog writing.