It was 6 October 2020, a few hours before the inauguration of our first DIG Festival in Modena—the first one we had really organized together after five editions held in Riccione. Amid general and personal turmoil, a thousand things yet to wrap up, the grotesque attempts to shut us down by legal means, our exhaustion, and his fucking illness, just before midnight, after a restrained yet scathing and legitimate outburst on WhatsApp, Matteo Scanni concluded, “And the fact that Eddie Van Halen, a chunk of my musical childhood, died tonight doesn’t help a bit.”

When I was invited to fill this small and very precious space—his space, in his magazine—to write about our Matteo Scanni—a teacher, journalist, documentary filmmaker, as well as the director and co-founder of DIG and maize—my mind began to swirl among the memories, images, and feelings linked to such a complex and culturally intricate individual. Sure, Eddie Van Halen: no one disputes the monstrous talent of the Flemish guitarist who had moved to California and blossomed there, but Matteo’s grief on 6 October two years ago was the straightforward and sincere vent of a 50-year-old Eddie and Van Halen fan. And it would be unthinkable to compare Matteo’s composed elegance to the icon of the ’80s heavy rock (especially to the band’s second version, led by Sammy Hagar, a frivolous screamer of Reaganistic hedonism).

One memorable Saturday at the end of last November, I visited Matteo in Milan, for the first time in his new apartment in Porta Venezia. He had furnished and designed it with his usual precision. Perhaps it was because we had finally met in person, but after lunch we chatted and devoured the hours with teenage passion while the turntable devoured three of Tom Waits LPs. In fact, concerning music, we had decided to play it easy, but already at the first record change, with some delight, I noticed three Van Halen record covers, one of which was quite worn. My back was turned to Matteo, so he couldn’t see the smile that filled my face, the same smile his words had given me a year before.

The real point is that the metaphor of Matteo’s multifaceted musical passion—sometimes seemingly contradictory but ultimately endorsable and intelligible—applies to his entire existence, to his way of life and inhabiting this world. He has always acted, unfortunately for too short a period, consistently donning his multiple identities with a formidable dose of curiosity. Nothing to do with a dissociative disorder; quite the contrary, Matthew’s multi-identity seems more like a gift.

Matteo liked to keep his lives and his multiple identities neatly separate from each other. Like watertight compartments.

He coordinated the School of Journalism at Milan’s Università Cattolica, training hundreds of colleagues year after year. True or not, he liked to say, “I’m the only atheist teacher at Cattolica,” showing how much he loved to tease. Everywhere.

He co-founded and chaired the DIG association and every year organized Europe’s most independent and important festival specializing in investigative journalism. “Stay gold”, he used to encourage the big festival family, “Don’t get bought.” With DIG he unleashed his most radical and anarchic soul. Punk, he preferred to call it.

He worked for H-FARM, Italy’s most dynamic innovation platform, the banner of digital capitalism, inventing and directing the wonderful magazine you are now reading. “I don’t know what the fuck I’m doing here with you,” he would thunder in the editorial office at those who lived off consulting for big companies. He never considered leaving, though, and we would never have let him.

We talked a lot more than usual that Saturday in late November. To be quite clear, Matteo was not a talkative guy. Actually, in my personal categorization of human types, I had mostly ranked him among the “accumulators,” those who express themselves very little and only under certain conditions, and prefer to hold it all inside, with all the risks that this entails (on the dialogical level, the “accumulators” might even end up among the “repressed,” which, however, is a quite different category on its own, with its own infernal circle). On the other hand, he always put words above everything else and loved to flaunt classical expressions that harked back to a certain identity which he often accurately fouled by deeply sabotaging his soul, almost as if he wanted to also signal his estrangement from the quite self-referential Catholic and Milanese bourgeoisie, of which he bore only the scars because he had laboriously shaken away from it. 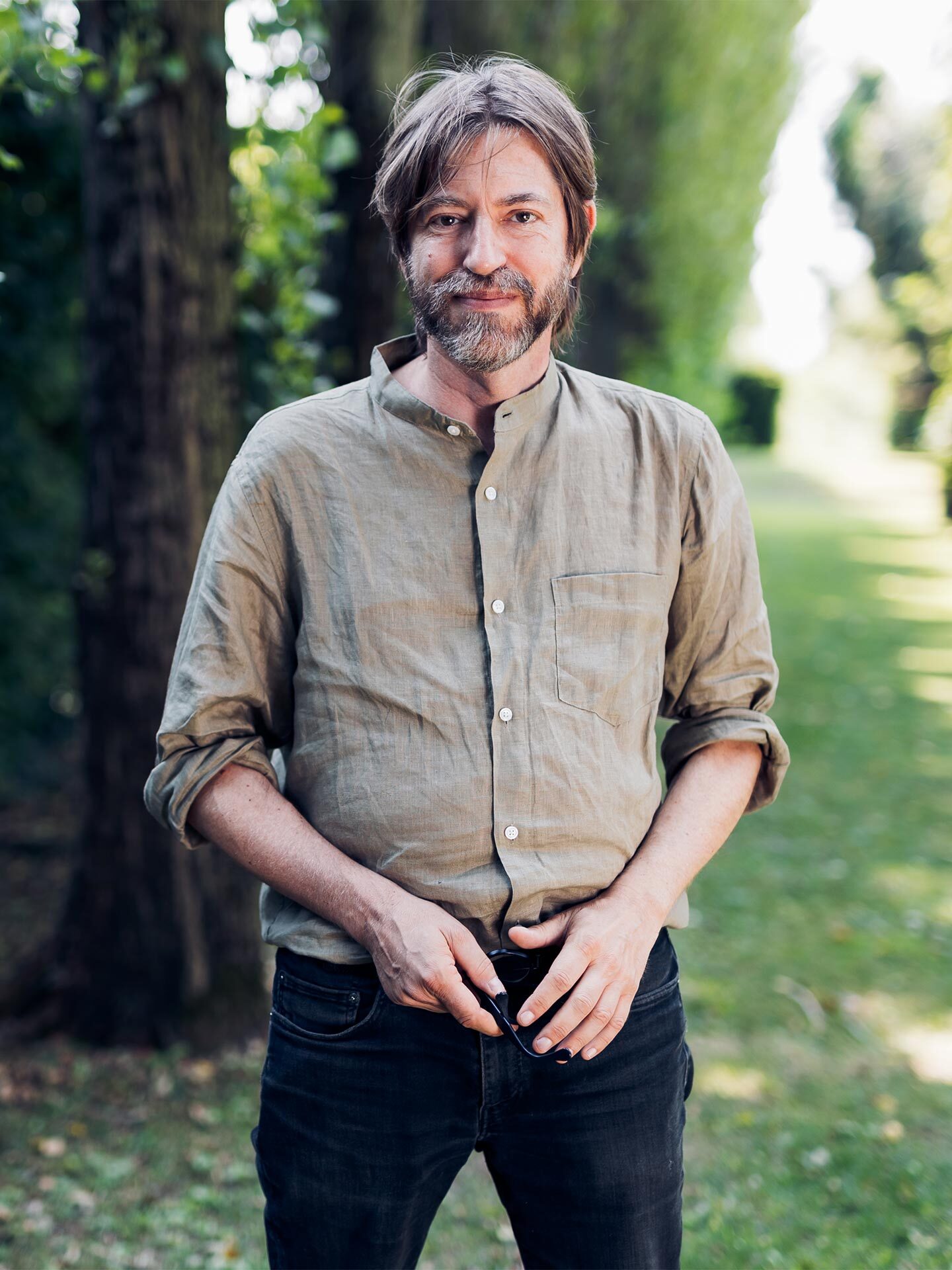 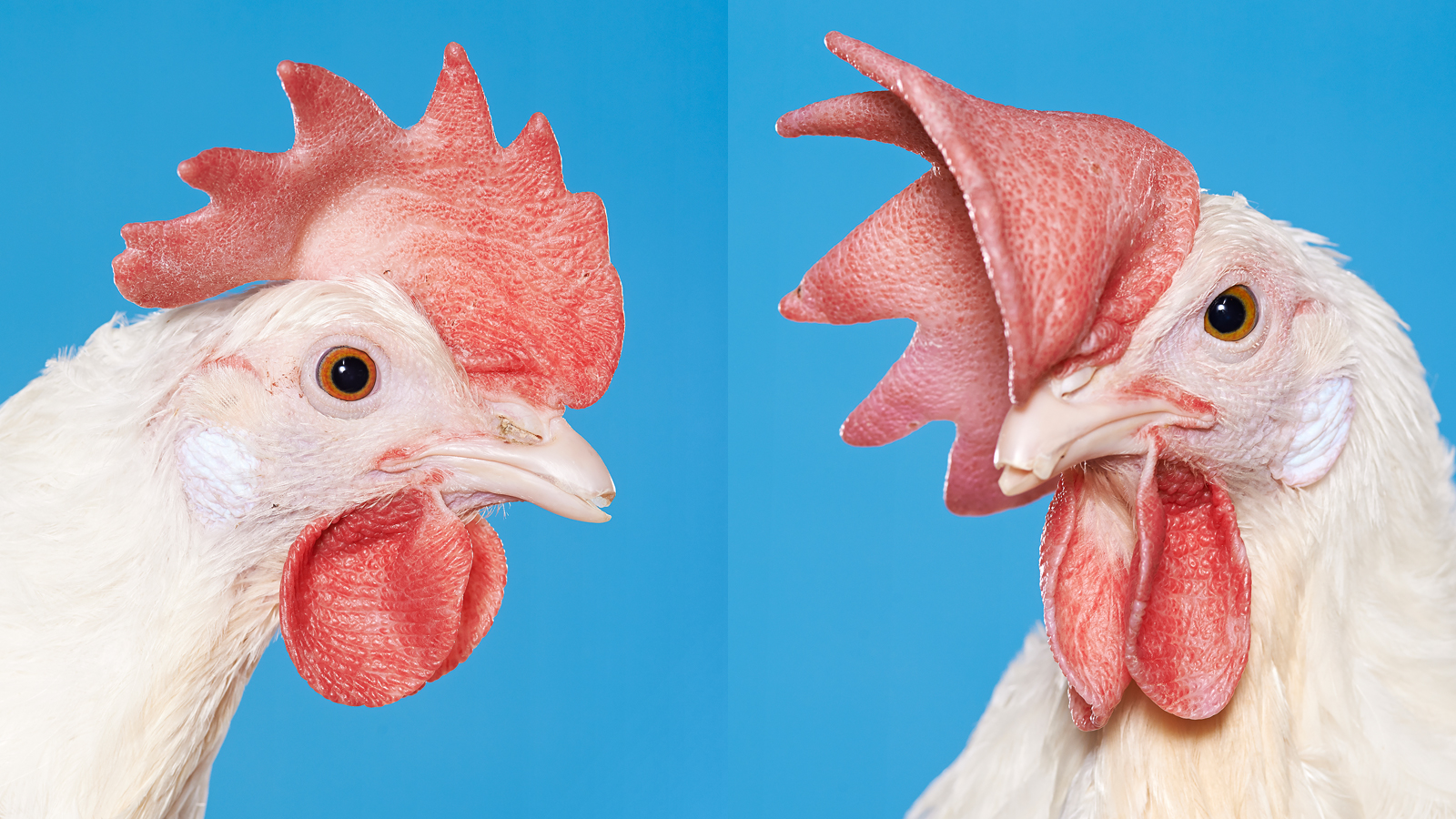 So, on that wonderful and painful Saturday afternoon, we talked a little about his illness and a lot about plans and prospects for the coming year. His most recent medical appointments had been dismal; they had stopped his treatment, and he was wheelchair-bound, but the goal of getting back on his feet soon and in every sense was a given. This, too, must have had something to do with the whole identity thing: the most ancient fear, that of dying, would have overriden everything, but Matteo didn’t budge an inch. He didn’t let fear become his space; instead, he overpowered it, aware—I believe—that there is nothing more destructive than identity.

We pondered and discussed the next edition of our festival, but for once, he also told me about maize. For example, about the interview with Paolo Pellegrin he treasured so much and needed to finalize. But didn’t I say he preferred watertight compartments? This was the unexpected breach that allowed two worlds to mingle and two identities to overlap and share the stage. And that helped me definitively understand his love for the people and work of H-FARM.

Indeed, our crossroads have always been musical, literary, and political, mostly related to journalism. We are both uncompromising and can’t stand the dominant journalism that, for small change, relinquishes itself, and its identity (yes, it does!). Instead, Matteo kept his life at H-FARM outside, beyond the fence. Perhaps also convinced by my skepticism, somewhat the result of my usual “de omnibus dubitandum”—a guiding principle for both of us—and absolute contempt for communication, which is the exact opposite of information and has been unleashing its “ruinous effects in all social spheres,” as Perniola put it, for the past few decades. In short, I recognized and somewhat supported the Matteo who ranted in Chatwin style and tried to offend his colleagues on the fabulous H-FARM campus, shrouded in cornfields, and he knew it. However, since he has been gone, I have gotten to know him better and have discovered some of the projects he has spawned and implemented over the past six years thanks to his fellow H-FARM teammates: they were always very solid editorial and creative feats in which it is just as easy to recognize Matteo, his consistency, his vision. First and foremost, this multifaceted magazine, which is undoubtedly the creature of a fiercely inquisitive and brilliant man.

This is the first issue Matteo is not giving the OK to print for. However, it is completely his own: more than a year ago he had planned a three-stage journey/publication that was planned to end here, precisely dealing with “Identity.” So this is a special issue, just as Matteo was a very special being, the magazine’s editor with multiple identities, all of which are marvelous. Enjoy reading it. 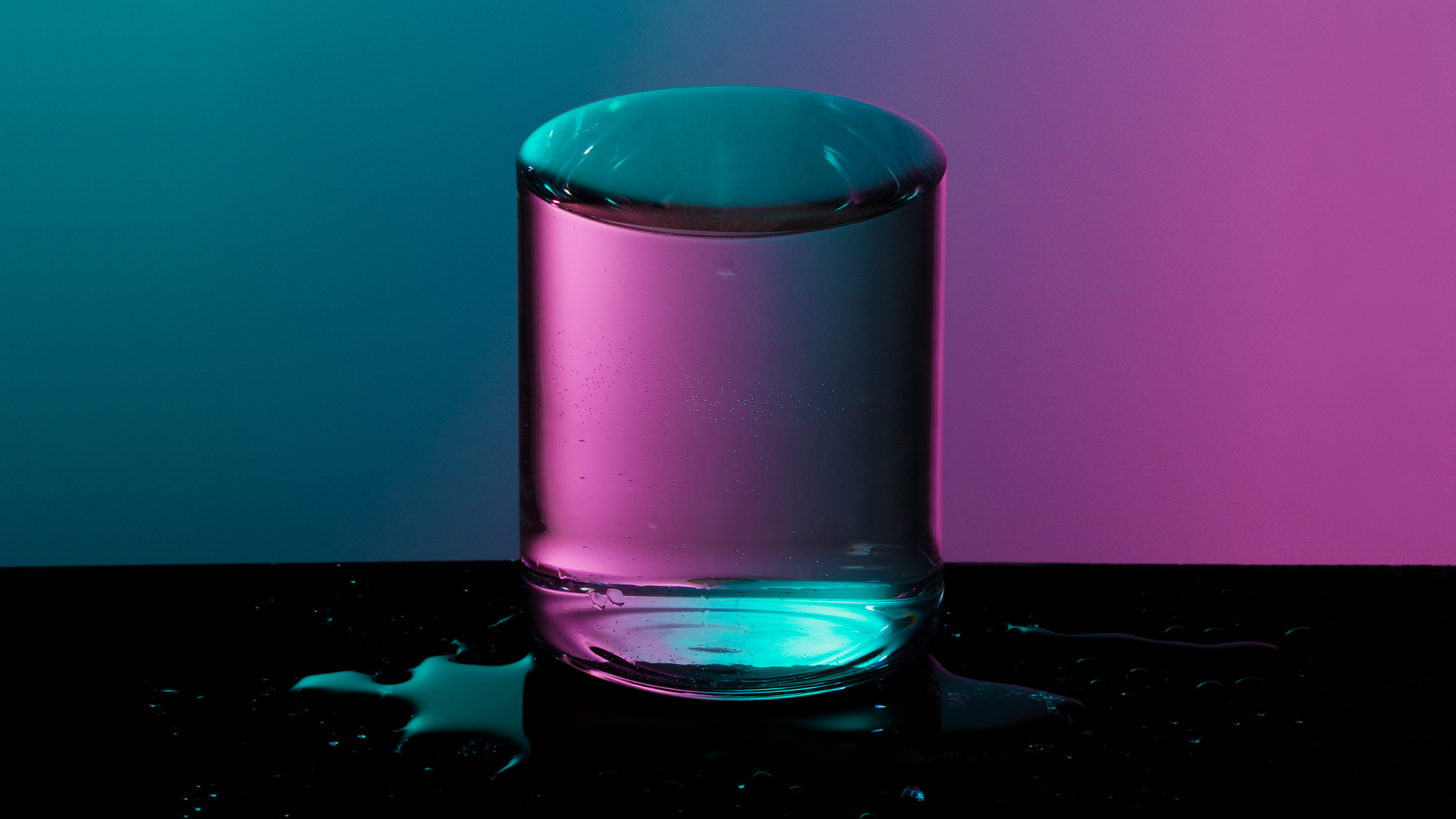 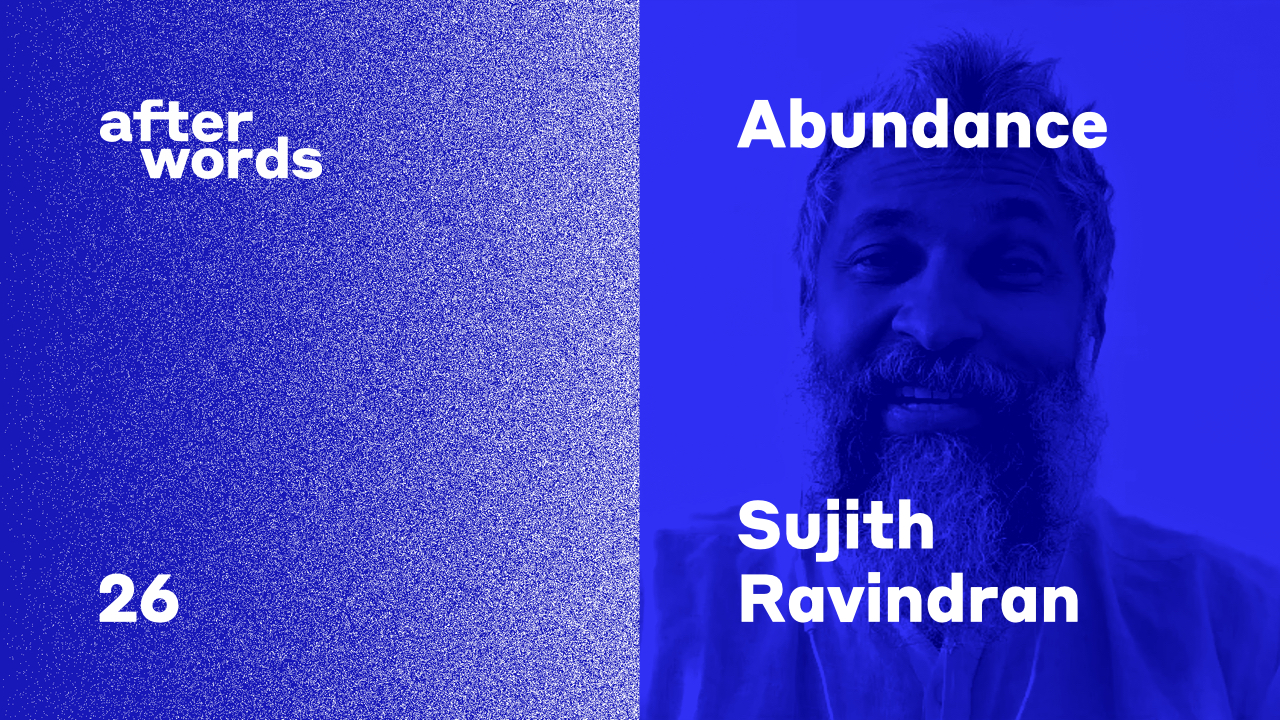 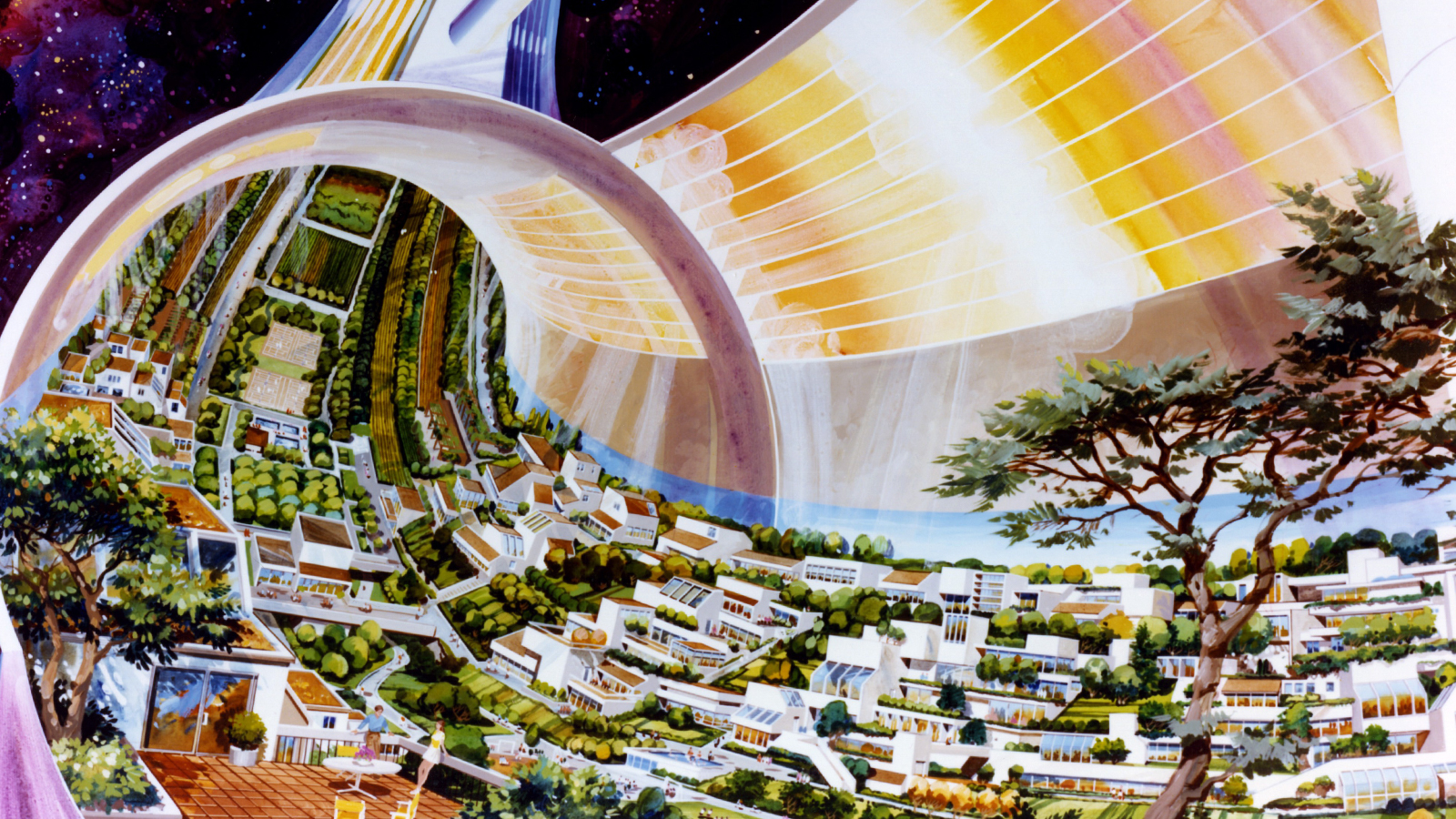