Before the internet, with its emails, SMS, and social media, the evolution of languages had an unexpected and profound change—in the beginning, was the Word. Soon after, in Babel, where a united human race speaking a single language agreed to build a tower tall enough to reach heaven, these words became many, and then too many. The various languages proliferated, and they were not mutually understandable. Then, thousands of years later, in the beginning of the 21st century, when the fear of the impossibility of understanding each other had been weakened for several hundred years, and the Utopia of the language of Esperanto, “the international language” had faded away, another fear started to spread, especially in Europe: The gradual loss of lingual diversity, squashed by a progressive diffusion of an impoverished international English language, which is devoid of complexity and refinement.

But fortunately, the evolution of languages ​​follows more eccentric paths than that. Globalized humanity did not succumb to the alleged attacks of a monolinguistic and English-speaking God, just as we have never been lost in an inextricable tangle of idioms, although our movements between different points on the planet have greatly increased.

Multilingualism—the ability to communicate in three or more languages—does not often take root in cosmopolitan cities. In New York, London (or Milan) many languages are spoken, but apart from some exceptions, in everyday life each person tends to only speak English (or Italian) and their mother tongue, if this is different from English (or Italian). In the Val d’Aran in Spain, however—a valley wedged between the Pyrenees mountains, with a population of little over 10,000—children study in four languages in elementary school: Aranés, the local and officially recognized variant of Occitan; Catalan, for their region Catalonia; Castilian, because Catalonia is part of Spain; and English, like many children worldwide.

The same situation exists in Val Müstair, Switzerland. There, in the course of everyday life, people speak Jauer (a local variant of Romansh), study and write in Vallader (a Romansh variant from the Lower Engadine valley, which, unlike Jauer, has a solid written tradition), read official documents in Rumantsch Grischun (a ‘unified Romansh’ created in the 1980s), speak to visitors in Swiss German (the most spoken language in Graubünden, the canton of Val Müstair), and study Hochdeutsch (standard German). Traveling a few hundred meters east to the Italian border, you’ll reach the area of Val Müstair that belongs to the province of South Tyrol, where people speak Bavarian German (which is different from standard German and Swiss German). However, during tourist season, locals speak English or Italian with visitors.

In these hidden valleys, like in various unknown recesses in some African states, languages overlap and multiply, without jeopardizing people’s ability to understand each other. Moreover, in many parts of the United States, there are some geographic areas, and many neighborhoods, where only Spanish is spoken—erasing any hypothesis that claims the overwhelming global power of English. The Yiddish maxim “A shprakh iz a dialekt mit an armey un flot / A language is a dialect with an army and a navy”—made famous in the 1940s by linguist Max Weinreich—is not an infallible rule.

“It’s 70 years since the Dutch left Indonesia,” writes linguist Gaston Dorren, in Babel: Around the World in 20 Languages, “the island of Java dominates the country in many ways: politically, demographically, economically, culturally—but not linguistically. Even though Javanese is easily the country’s most widely spoken mother tongue, the independence movement at an early stage chose Malay, restyled as Indonesian (bahasa Indonesia), as the national language.” Javanese has a different linguistic register for every shade of formality, a characteristic that associates it with many other Asian languages. In this case though the layering of linguistic registers is so extreme that Javanese is unmanageable, even for those who have spoken it from birth, and Weinreich’s maxim is proved inexact, despite Javanese having strength on its side.

Where in Indonesia the maxim is inexact, in the same way there are many minor languages that, despite being in a subaltern position ‘militarily,’ have managed to gain support thanks to democratic practice, and have secured space in relation to a dominant language. Basque, for example, despite being devoid of both army and navy (even though the armed leftist nationalist and separatist organization, ETA, tried to provide a horrible surrogate), has managed to reconquest geographical areas which were entirely Castilianized for centuries, through large injections of economic resources by the regional government and a strenuous commitment from a significant part of the population. In the meantime, the Basque language developed a literary and cultural cohesion that it has never had before in its long history.

The cases of Javanese and Basque, in addition to undermining the theory of the inexorable prevalence of ‘armed languages’ and the bitter fate reserved for ‘unarmed languages’, demonstrate how the evolution of languages—which when left to chance often shows itself to be unpredictable—can also be, at least partially, ‘guided’ by human actions.

This is what, for example, Icelanders are trying to do. Because they are incredibly protective of their language—which hasn’t changed much from their Saga literature from medieval times—they translate every foreign word with great deference to their linguistic roots. Telephone is simi, meaning, more or less, long string; Computer is tölva, a term coined by mixing tala (number) with völva (prophetess). Human action also influenced Modern Hebrew, the language spoken in Israel. Today, millions of people use it to express themselves, following  journalist Itamar Ben-Avi, who is considered the first native speaker of the language, beginning in the late 1800s. This was due to the strong convictions of his father, lexicographer Eliezer Ben-Yehuda, who wanted to make the neo-language that he had contributed to systematizing, which until then was only found in books, a truly living language.

In most cases, however, the evolution of a language follows more or less an autonomous path, which is outside of our abilities to plan and predict. Also, as in many fields, our internet era has been a game changer regarding languages and the ways in which we use them. We have never written so much since the invention of the alphabet and its related systems and symbols, thanks to which we have freed the word from its ephemeral nature of flatus vocis—the breath of the voice. This is the first time that most people have such a frequent rapport with writing and that use so many informal expressions in written form.

To better understand the phenomena of language, the mountains of Switzerland can again assist us as an impressive laboratory. More than 60% of Swiss people speak German as their first language, but most Swiss people don’t speak German in their day-to-day existence. Whether in private or public, they almost exclusively use Swiss-German dialect, which is almost incomprehensible to people from Hamburg or Berlin. This is true diglossia, as the writer Friedrich Dürrenmatt explained: “I speak Berndeutsch, the German dialect from Bern, and I write in German. I wouldn’t be able to live in Germany, because people there speak the language that I write. I don’t live in German Switzerland, because the people there speak the language that I speak. I live in French Switzerland, because there, the people don’t speak either the language I write, nor the one that I speak.”

Apart from a few pages of an almanac, a few poems, and occasional literary experiments, German-Swiss has always been an oral language. However, about a dozen years ago, things began to change. First in emails and SMS, and then through social networks, many people began to write in Swiss-German, suddenly making a written language out of one that had been spoken for centuries, thereby inventing unstandardized spellings. Indeed, the Swiss-German dialect which in standard German is written Schweizerdeutsch, in Swiss-German itself has many versions, for example: Schwizerdütsch, Schwizertütsch, Schwyzerdütsch, Schwyzertütsch, and Schwyzertüütsch.

However, where in many countries dialects have for the first time acquired widespread use as written languages, both in public and in private, the truly determining change also involves ‘official’ standardized languages and has much to do with the spread of the use of written informal linguistic registers in text and messaging. It is an interesting phenomenon to see language being enriched with many shades through the use of deliberate distortions of spellings to imitate a particular pronunciation, emojis to make the tone of a conversation clearer, and single words or sentences in capitals to suggest a louder voice, and so on.

As the Canadian linguist Gretchen McCulloch says in Because Internet: Understanding the New Rules of Language: “The first writing systems were deeply aware of their limitations. They wrote only words. (…) Gradually, over the centuries, we began adding punctuation and other typographical enhancements. Just as crucially, we began expecting more subtlety from written text. (…) The Internet was the final key in this process. (…) It made us all writers as well as readers. We no longer accept that writing must be lifeless, that it can only convey our tone of voice roughly and imprecisely, or that nuanced writing is the exclusive domain of professionals. We are creating new rules for typographical tone of voice. Not the kind of rules that are imposed from high, but the kind of rules that emerge from the collective practice of a couple billion social monkeys.”

While dozens of more fragile languages, spoken by only a few hundred people in the thick forest of the Amazon or in the more inaccessible areas of Papua New Guinea, keep weakening and vanishing, on the internet, languages that were reserved for a close-knit family circle, or not much more, flowered and re-flowered. Though it is true that all the apps on our devices favor simplified linguistic forms, it is also true that these simplifications are balanced by the type of writing that we practice using the same devices—this practice might seem hurried, but it is in fact extraordinarily complex. By writing in messaging apps and posting online we enrich even the most rigid languages with veins of vernacular, ultra-local expressions, and linguistic complicity, which, impossible for a machine to decode, can also put the most competent flesh and blood translators and expert interpreters to the test.

However, this new language frontier is not another Babel. It is a balance among simplicity and complexity, within the natural evolution of languages, which we can only analyze ex–post. That’s why we don’t know how people will be speaking and writing in 100 years, nor, for that matter, in 10: But we do know we will always find a way to understand one another and we will never all speak the same language. 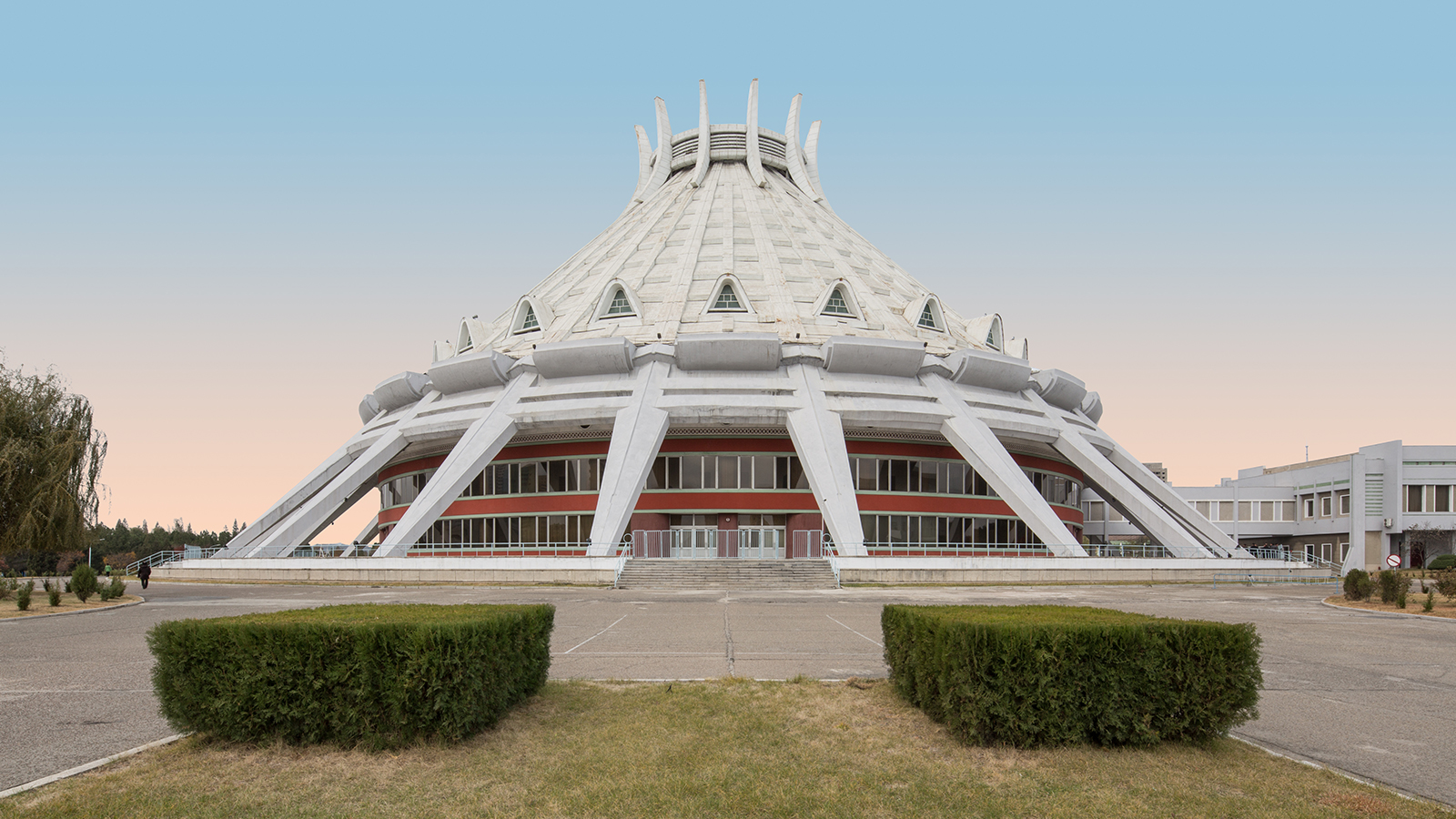