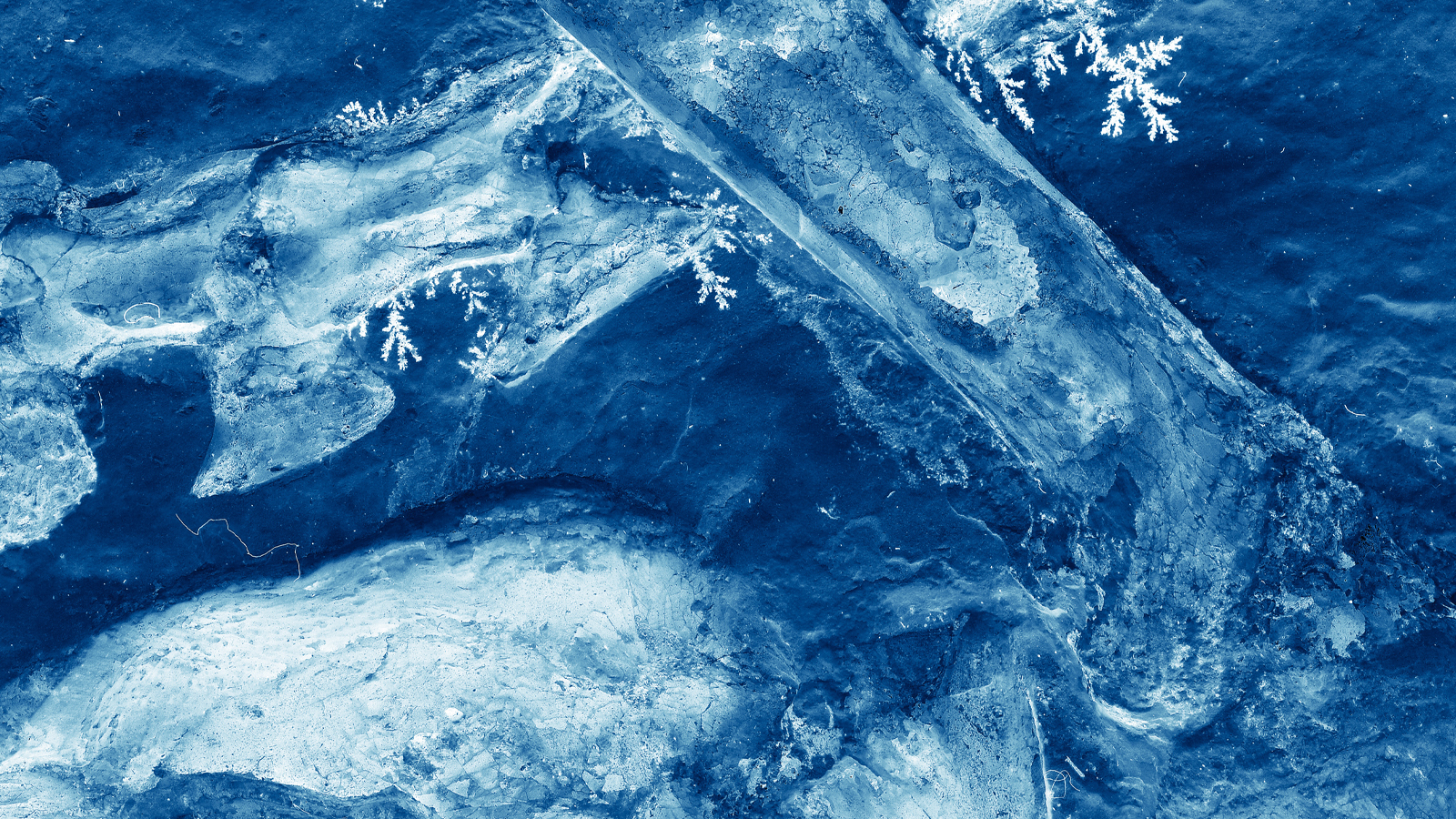 Missing Link is a photographic project about curiosity, inquisitiveness, and the quest for answers. It is about the determination to dig deeper and uncover layer by layer. The centerpiece of this body of work is the “primal bird“ Archaeopteryx, the initially missing evolutionary connecting link between dinosaurs and birds. Simon Sola Holischka used multiimaging techniques, like stitching and focus stacking, to photograph its fossil remnants with the accuracy and detail of several hundred photographs per image. The artistic process itself is determined by deconstruction and reconstruction. Missing Link is an obsessive search for the point where the separate is connected. In a fragmented world, with a fragmented mind, we see fossils of an extinct creature from a petrified past that will never be again. Yet, there is evolution, there are feathers, there is flight. https://holischka.de/
Science

Not many nuclear physicists are actively engaged in studying human evolution. Claudio Tuniz, a scientist who works at the Multidisciplinary Laboratory of the Abdus Salam International Centre for Theoretical Physics in Trieste (Italy), is one of them. He advocates applying advanced physics methods in palaeoanthropology and archaeology. Over the last six years, he has coordinated the SAPIENS project (an Italian acronym for “sciences for archaeology and anthropology to interpret our deep history”), supported by the Enrico Fermi Centre for Studies and Research (Rome). His research relies on geochronometers (radiocarbon and other natural radionuclides used for dating the past) and imaging techniques based on X-rays and neutrons. Clearly, these are not the classical tools of archaeologists or paleontologists, who are usually more familiar with brushes and chisels. Or, at least, that’s what laypeople think.

Indeed, Tuniz’s passion for exploring human evolution began with those tools. “I graduated in nuclear physics in Trieste—he says—and spent the ’70s researching fundamental physics at the Legnaro National Laboratories of the National Institute of Nuclear Physics. There I began to envision a more cross-cutting use of nuclear physics. In particular, I was looking for non-invasive techniques to date ancient objects. Radioactive decay, for example, requires many grams to date an artifact, a practice capable of damaging it. I found the solution in 1981 when I was offered a postdoctoral position at Rutgers University in New Jersey, where I learned to count atoms with a particle accelerator. Only a few milligrams of a substance was enough to yield an accurate date. However, at the time, I was involved with the history of the solar system. While playing around with various particle accelerators, my research soon took an interesting turn. Starting with samples of meteorites from NASA, I ended up dating ancient human remains. The step to palaeoanthropology was a natural consequence of this.”

He continues: ”In the ’90s, when I was leading the radionuclide dating center at the Australian Nuclear Science and Technology Organisation near Sydney, I explored various fields of research. I applied the atom counting technique to archaeological applications, but also to study the paleoclimate in Antarctic ice cores and, in collaboration with the International Atomic Energy Agency, to identify illicit nuclear activities from environmental analysis of rare uranium radioisotopes. Today, people seek my expertise in nuclear chronometers and microscopes, but I am more interested in the big picture of human evolution.”

While employed at the Australian laboratory, Tuniz also worked on radiocarbon dating of Aboriginal cave art in the Kimberley, with paintings dating back nearly 20,000 years. A process of progressive immersion into the human deep past took place. In 1788, when Captain James Cook first set foot in Australia, he discovered populations that—in his opinion—were living in the “Stone Age.” The idea that indigenous people were still living in the past has been used to support the expansions of the European colonizers, justifying  genocide, land occupation and forced religious conversion. Tuniz worked with the most eminent Australian archaeologists (also in cooperation with Aboriginal elders) and began to develop interest not only in the “technical” aspect of his work but also in developing the theoretical side of some of the issues he came across. In particular, concerning human evolution, he is now interested in gaining a better understanding of the circular processes that involve the connection of brain, body and instruments—the extended mind hypothesis—and the emergence of the first stratified societies as a result of the development of symbolic thought and human self-domestication.

It is in this latter aspect, in particular, that Tuniz reached some surprising and troubling conclusions. “We have always been told that the first complex human societies appeared with the agricultural revolution of the Neolithic, roughly 12,000 years ago—he points out—but this is not so. Social stratification already existed in the Upper Palaeolithic, tens of thousands of years before. Many factors confirm it, such as the early presence of privileged classes in sites where the dead were buried with ivory jewelry and beads, together with other precious ornaments. For example, the Sungir site, in present-day Russia.” Tuniz emphasizes the importance of economies based on mammoth hunting to make such a case. Indeed, people extracted most of their resources from such an activity: for example, excess food, shelter, artifacts, and clothing, among other things. “Those who managed to prosper thanks to these enormous animals acquired great wealth at the time. It was something they had to distribute, regulate, and defend. This led to the division of labor into specific roles and tasks, forming hierarchies, enabling the organization of larger and more complex societies. When the Neolithic came, everything was already set up. At that point, the population increase could take off as a result of the agricultural revolution and the end of nomadism.”

Why is it so essential to determine when the first human society was established? Probably because by studying the past, we can find new clues to interpret the present and possibly the future.

“Modern pre-historic research tends to put ‘palaeo’ in front of everything,” Tuniz jokes. “We are becoming aware that much of the knowledge we need to understand our present-day world also applies to the past. Therefore, we speak of palaeoecology, palaeoeconomy, palaeoneurology. Palaeodentistry, for example, offers us interesting insight stored in the enamel and tartar of our ancestors’ teeth, such as what they ate or whether they experienced traumas during their growth. These are hyper-specialist studies but can provide an all-round view of many aspects of an individual’s life in the deep past.”

Initially, Tuniz applied his knowledge to ‘hard sciences’ like nuclear physics or chemistry. In his latest works, he has shifted to social sciences, which he jokingly calls ‘soft sciences.’ “As larger human societies developed, evolution selected the less aggressive individuals, those who respected authority, and who were willing to play and share. At the same time, the first distinctive signs emerged, enabling individuals to recognize their own group and to distinguish ‘us’ from ‘them’: particular elements of clothing and ornaments, body painting and tattoos were well suited to the purpose. Eventually, by sharing the same appearance, the number of individuals willing to collaborate and be supervised became very large indeed. “They just had to invent something to share and identify with it. Along this path, thanks to symbolic thinking and immagination, the idea of sharing a homeland has brought millions of people together; and religion has united billions.” This is why looking into the past is relevant to understand our present.

Another puzzling event, emerging from our deep past, is the shrinking of our brain. After millions of years of growth, this trend has reversed over the last 50.000 years. To explain this phenomenon, Tuniz uses the concept of cyborgs. “This term is a contraction of ‘cybernetic organism,’ and was coined by scientist Manfred Clynes  in the 1960s when the idea of augmenting the Homo sapiens for space exploration began to gather momentum. This new composite creature was envisioned as having integrated artificial prostheses as parts of its body.” The process of body extension initiated when we started to use the first stone tools. Since then, we have been delegating a broad range of tasks and functions to external objects, which have become our automatic prostheses in their own right. Indeed, Tuniz’s latest book, published by Springer in 2020 and co-authored with Patrizia Vipraio Tiberi Vipraio, is entitled: From Apes to Cyborgs: New Perspectives on Human Evolution.

“We first delegated our ability to hunt (and make war) to stone tools, then metal knives, and then firearms or other lethal weapons. Likewise, we initially entrusted our memories to cave paintings, then writing, and ultimately to the address books of our smartphones. Our sense of direction is now rooted in maps and GPS devices. We can thus delegate complex problem solving to artificial intelligence,” says Tuniz. “Our species is increasingly capable of completing awesome tasks. As individuals, however, we are less and less ‘capable’ because we have delegated most actions and information to something or someone else. Humans have been doing this for at least 2 million years. As Homo sapiens, our destiny as cyborgs was probably already written in the Palaeolithic.”

It is precisely by studying skulls from the deep past that we learned that the brain of Homo sapiens, after having grown and developed its globular shape, has slightly decreased in volume since the first complex societies were founded. Strikingly, the same phenomenon affects dogs and other domesticated animals. As adults, they still feature the physical and behavioral traits of younger individuals. In practice, according to Tuniz, to be social, modern humans have had to tame themselves: and look and act as if they are forever young. The direction of this great collective game is now increasingly entrusted to digital agents, and this is a cause for concern if intelligent algorithms keep increasing their learning capacity at the current rate.

Blending nuclear physics with palaeoanthropology spans multiple fields of action. “Our X-ray laboratories at ICTP and at the Elettra synchrotron have generated virtual brains and teeth of many ancient hominids,” says Tuniz. “Our interdisciplinary team, which also includes an archaeologist engaged with physics—Federico Bernardini—continues to carry out advanced analyses to study human evolution. We keep hoping that, by studying humans remains from the remote past, we will be able to gain a better understanding not only of what our ancestors were like—which is already a great accomplishment—but also what ‘we are like’ in the present, and perhaps how we will be in the future: New hybrids are already appearing, made of physical bodies, digital devices and enhanced organic materials, all connected by an intelligent system of people and machines. This new enhanced humanity would certainly have a common destiny. And whether that will be for the best or the worst, it is still up to us to decide. Maybe.” 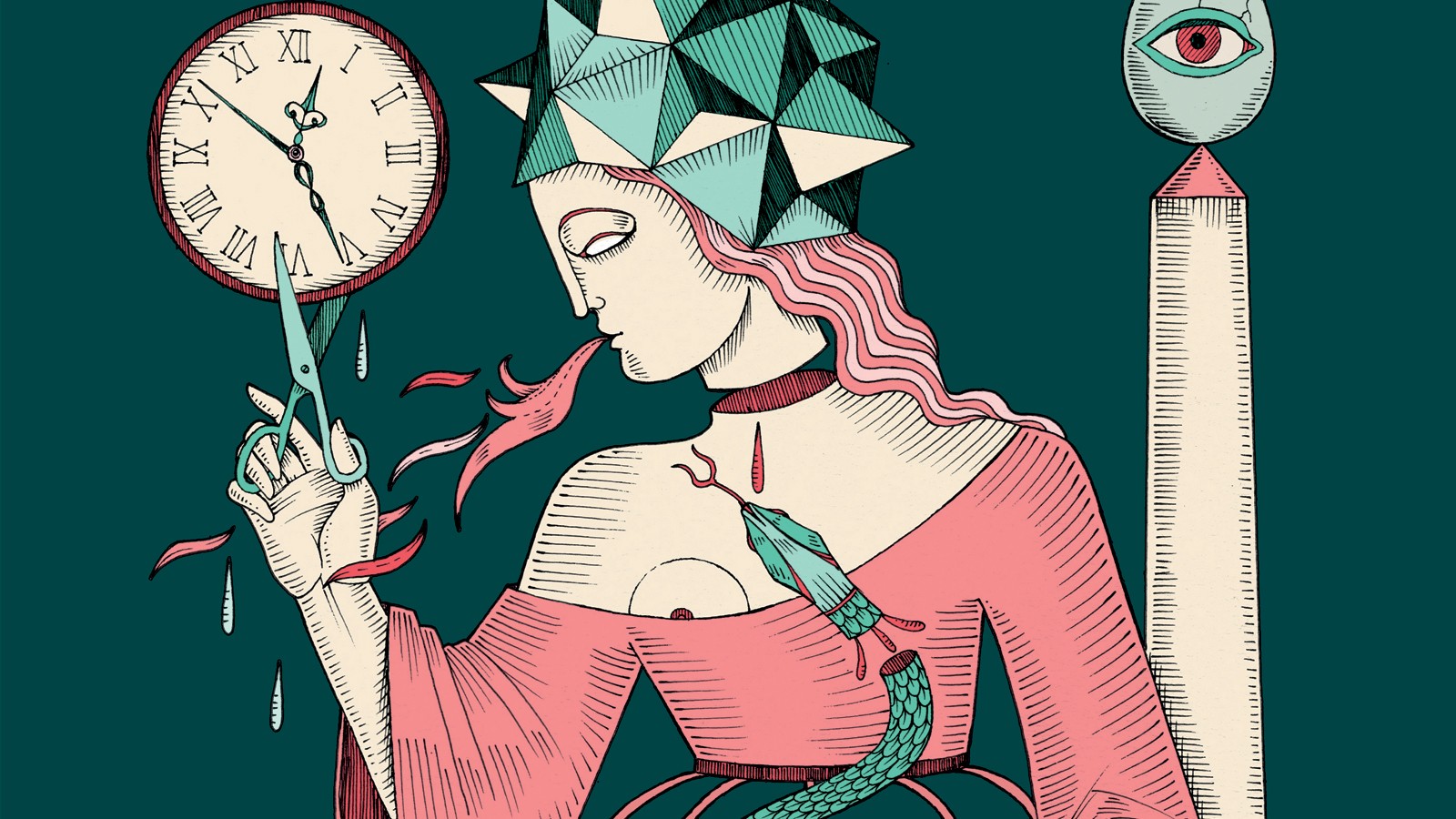 On the psychoanalyst’s couch, the unconscious follows its own timeline, which has nothing to do with the duration of the present. ... 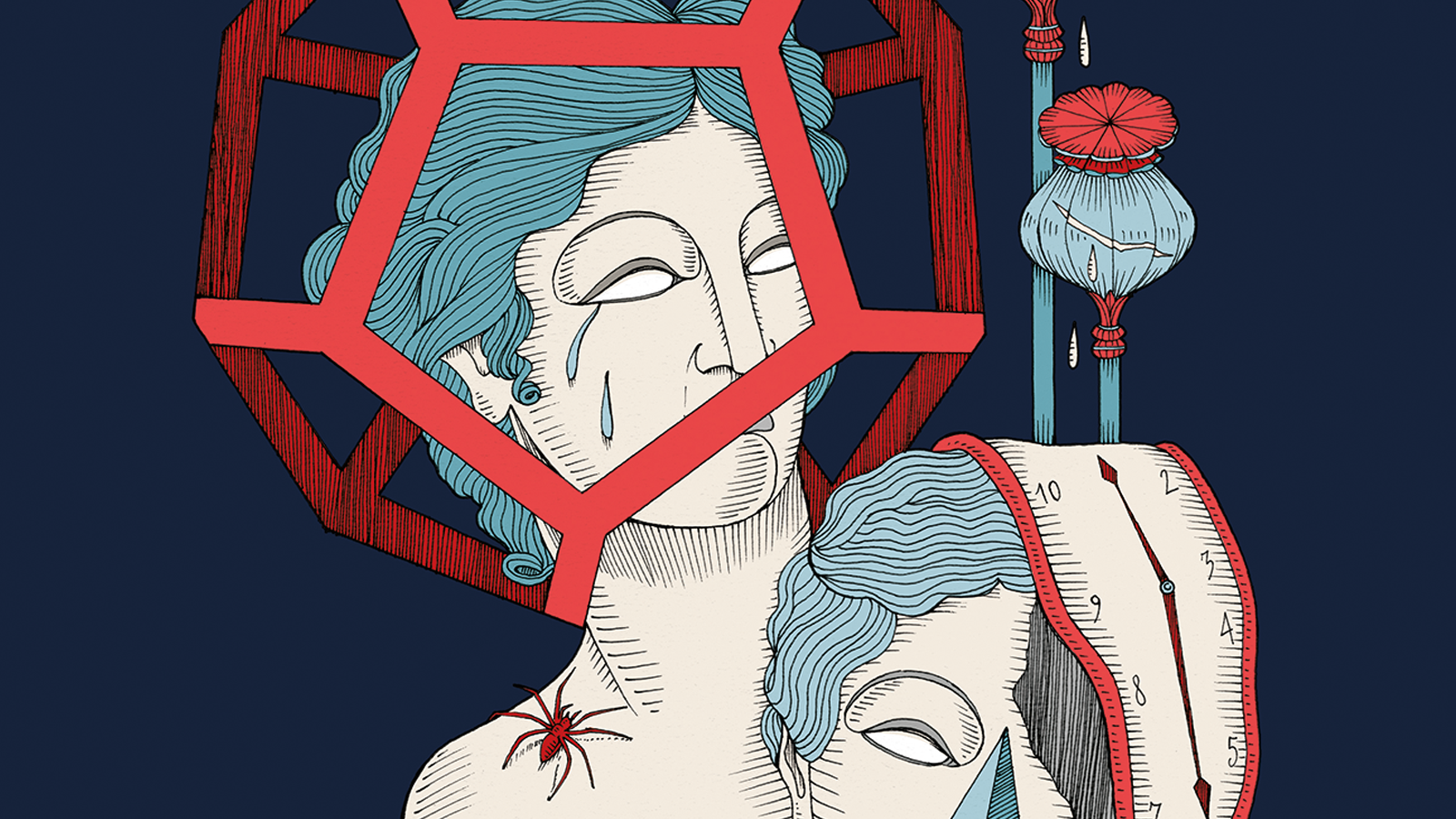 The brain is ticking

A neuroscientist explores our various neural systems that allow for time keeping, and for our brains to make sense of time. ... 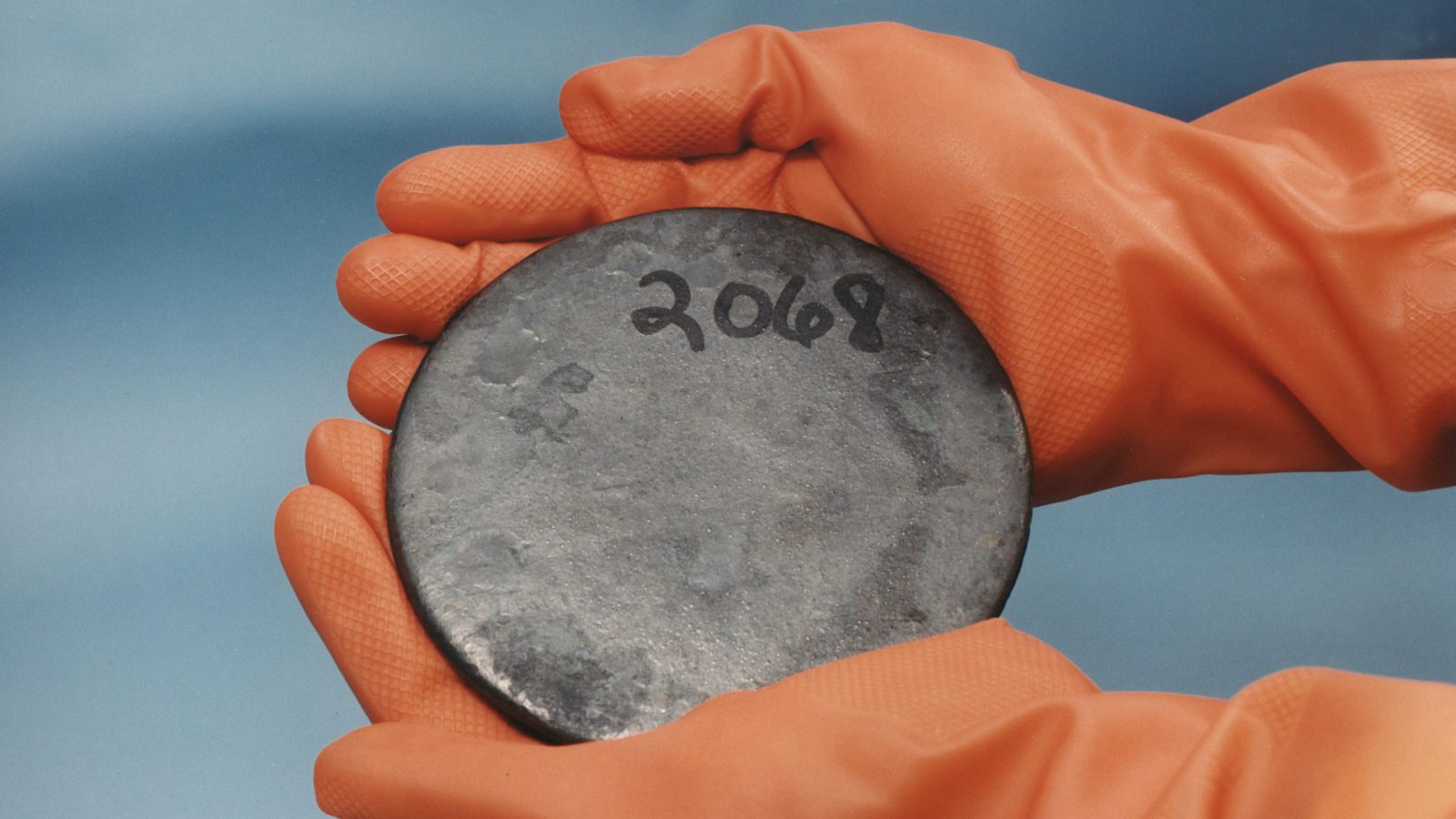 Mostly developed over the last two decades, it was meant to produce cheap and clean energy. ...