The aesthetics of catastrophe

Reshaping what we depict, and how, through the Anthropocene. 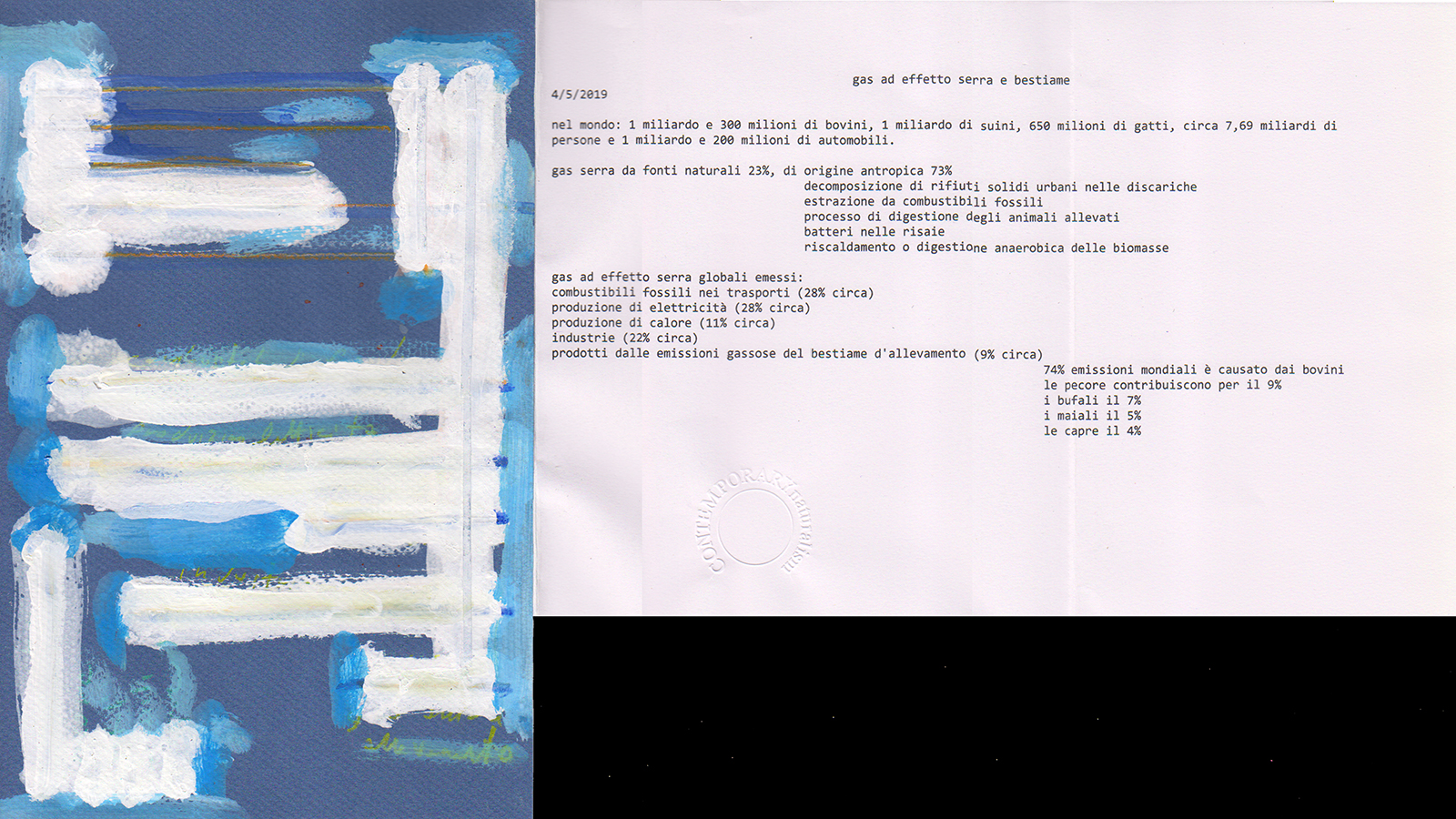 I don’t think it’s possible to talk about “Anthropocene art”: it would imply defining its main features and aesthetics, something which is not doable at the moment. Art is a reflection in a drop of water, a land of unlimited shades of expression, and as such, can generate any sort of thing – there is just one, single certainty: that it is a mirror of the historical period it is produced in. All original forms of creativity are imbued by the spirit of their own time, and, paradoxically enough, the very term “Anthropocene,” coined by chemist Paul Crutzen, is so far the most representative work of art of this century. The human-nature relationship has decentralized any classical and modern remains of anthropocentrism.

When it comes to dealing with topics such as biosphere corruption, some artists explore marginal spaces, which are hard to investigate without the right expressive tools. As occurs in chemical reactions, contemporary art “oxidizes” – it takes a snapshot of the relation between beings and the space where such relations take place, that is, the blue planet we live in.

The threat of a natural disaster affects our decision of what to depict. What I’m trying to explore in my path is inference: over a single image, I favor a set of images; over performance, the materialization of an open, non-conclusive, research process, over work, poetics, over isolated information, generative matrices.

The study of nature teaches us several things. Observing the “vital” processes (from the Big Bang to the Paleolithic, up until present times) is the framework that should guide us in our most crucial decisions. Post-alphabetic culture – which, unlike oral and alphabetical cultures, represents reality with pictures instead of characters – has broken the traditional harmony between beings and nature, therefore causing a rift between an action and its direct consequence: why do we call any Rough Collie “Lassie”? Why is the redundancy of digital images depicting humans not triggering a reflection on our population growth rate as a pivotal element for the wellness of our planet? Two thousand years into the study of nature, layering scientific paradigms of common use with the eyes of poets could help update the models and cultural devices with which we look at the life-forms of the biosphere.

An interesting topic in a historical period facing the threat of a natural disaster is memory retention. For years, I’ve been practicing alienation from the things I own: memory “pressure” is a limit, and such a practice helps me focus on creativity and thought. Clearly, I am not indifferent to scientific progress, but I don’t want to be guided solely by technological constructs. I find it interesting to collect data and then force its interpretation with an artistic approach.

Design is a crucial restoration tool in this era of transition: it partakes in the foundation of our civilizations and its artifacts, and at the same time, it shapes human behavior. Like a child experimenting with his abilities, industrial design has produced many aesthetically conventional products with a strong consumer appeal, but this is changing, and a whole new generation of designers attentive to the bio-social function of objects is arising. It’s bio-mimesis: the conscious study of nature’s biological and biomechanical processes as a source of inspiration to improve human and technological activities. The theme here is to design sustainable devices or systems of objects that can generate virtuous behaviors.