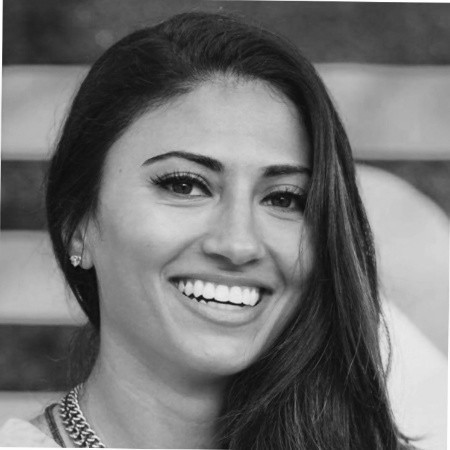 Tia is a multi award-winning entrepreneur. She is co-founder of Kansara Hackney Ltd - the first ISO-certified sustainable lifestyle consultancy, for which she is the youngest awardee of the RIBA honorary fellowship. She's the CEO of Replenish Earth Ltd, a cause and a collective action to protect the global commons.

She was invited to advise the UNCTAD, BioTrade Initiative on sustainability between 2009-12. She has advised the UN-Habitat in Hue, Vietnam with the Building and Social Housing Foundation. In 2010, she wrote the brief and appointed the architects Foster+Partners for the Saudi American Bank‘s multi-million dollar headquarters as the first female to judge a LEED platinum building in Riyadh. KH were personally appointed by late Arch. Oscar Niemeyer for the Tripoli Fair. Her Ph.D. at UCL, Energy Institute was on the design of future cities - she worked alongside MIT and the Urban Planning Council, the Executive Affairs Authority, Department of Municipal Affairs, Abu Dhabi Water and Electricity Authority, Regulation and Supervision Bureau to create the first energy baseline and comprehensive energy evaluation in the Gulf. An executive committee member of London Business School’s Global Energy Summit, and also Co-director of the international CleanTechChallenge. In association with the Club of Rome and the United Nations General Assembly she has advised the Royal family of Bhutan and Prime Minister Jigme Thinley on the creation of an international commission on sustainable, economic growth. She lead Sandbox for three years, a community of 1000 leading change-makers; was UCL Bartlett Ambassador for the Gulf region between 2012-15. She is an accomplished linguist (Gujarati, Japanese, Hindi, Urdu, Sanskrit, French, Arabic), a pilot (fixed wing; an advanced diver (Open water, Advanced and Nitrox), a PTI (British Territorial Army); and classical Hindi vocalist.

Being in the Present in Order to Protect the Future

Dr. Tia Kansara talks us through the potential paths humanity may take moving forward, and how a strong education will lead to informed consent in deciding which we should journey down.