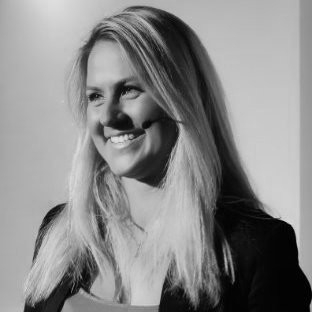 Therese Gedda is the Founder and CEO of 30minMBA In addition to running the award-winning company, Therese is a seasoned international Keynote Speaker on topics including Future of Work, business culture, workplace engagement, entrepreneurship, design thinking, and the entrepreneurial mindset. For over 15 years, she has inspired tens of thousands of people all over the world including London, Paris, Venice, Lisbon, Toronto, Stockholm, Barcelona, Boston, Amsterdam, Helsinki, Dublin and New York.

At the age of 17, Therese started her first company within management consulting and over the last 15 years; she has supported thousands of founders, management teams and executives. From the age of 21, she became a guest lecturer at Stockholm School of Economics and The Royal Institute of Technology. Therese holds a Master of Science in Business and Economics degree from Stockholm School of Economics and has been awarded Sweden’s largest prize for innovators in memory of Alfred Nobel.

At the end of 2016, Therese was included in the Nordic 100 list, recognized as one of the most influential and impactful individuals in the tech and startup communities in the Nordics. In May 2018, Therese founded Be Brilliant Academy with actionable on-demand courses tailored for high achievers. When she is not on stage, connecting people or running startups, she is passionate about training and motivating others as a fitness instructor.

Can Culture be Designed?

With employee engagement at an all-time low – action is necessary. Shape your company's core to ensure the best for your business.