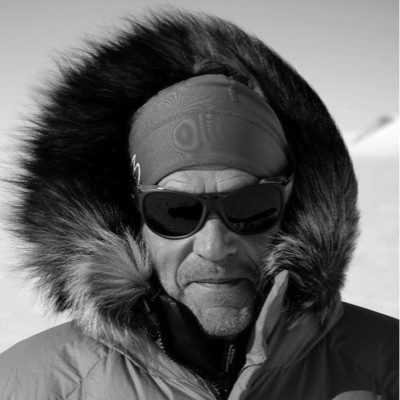 Robert Swan, OBE is the world’s first person to walk to both the North and South Poles. He earned his place alongside the greatest explorers in history by accomplishing this feat by age 33. His 900 mile journey to the South Pole, ‘In the Footsteps of Scott,’ stands as the longest unassisted walk ever made on earth. These experiences helped shape Swan’s life goal: to ensure the preservation of Antarctica, the Earth’s last great wilderness. He founded the 2041 Foundation, an organization dedicated to this goal.

Key initiatives include partnership since the early 1990's with the United Nations World Summit for Sustainable Development, and a wide range of global and local environmental missions which have inspired youth around the world to become sustainable leaders and promote the use of renewable energy.From his TED Talk to NASA’s Summer Series, Swan’s unique insights and lessons have enabled him to educate and inspire young people and business leaders all around the world. He compares his icy experiences to boardroom maneuvers and his inspirational addresses on leadership and teamwork have received acclaim from discerning audiences worldwide.

RESILIENCE // Robert Swan, OBE, is the first person to have walked to the South and North Poles. He leads non-profit 2041.org which seeks to protect the polar ice caps. He explains how resilience saved his life during near-death experiences.