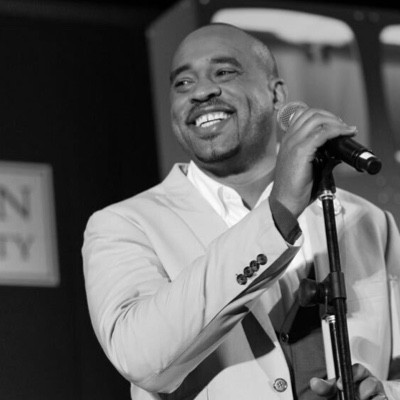 Lead Vocalist of Sons of Serendip

Micah Christian, a native of Randolph, Massachusetts, became interested in music at an early age. However, it wasn’t until his senior year of high school, when he earned a solo in the Massachusetts Southeastern District Senior Choir, that he realized his potential as a musician. As a freshman at Stonehill College, he decided to follow his passion for music. For the next five years, he spent his summers performing with the Cape Cod-based a cappella group, Hyannis Sound, and his love for music deepened. Alongside Micah's passion for music is his desire to help build a better world. He has volunteered for a year in Honduras, and a month in Calcutta, India with Mother Teresa’s Missionaries of Charity. Also, in 2013, after graduating from Boston University with a Master of Divinity, he and his wife volunteered in a rural community in northern Peru for another year. As a member of Sons of Serendip, Micah hopes to inspire others to use their gifts to spread love and build a better world.

STILLNESS // Micah Christian is the lead vocalist at Sons of Serendip. Micah reflects on the opportunity that has been given to us to revisit our life, work, and relationships. He speaks about the importance of being still and the power of collective hope.