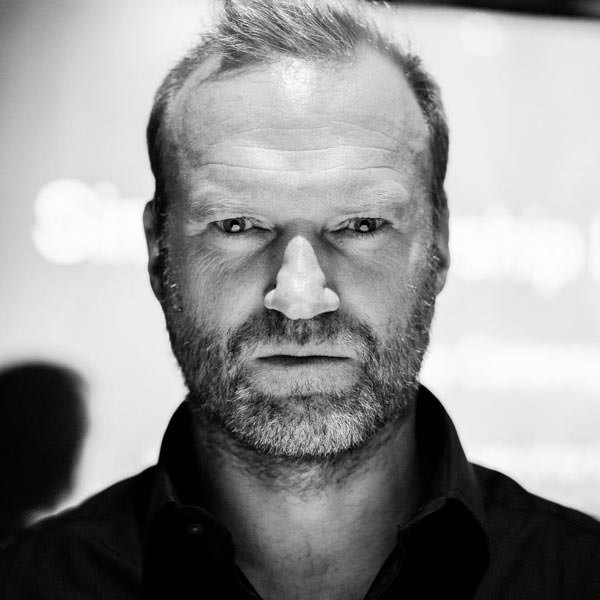 Maks Giordano is a digital strategist and creative with a 25+ year track record in innovative digital projects. Maks started his career in the digital stone age at ID Media AG in the mid-nineties and was involved in numerous internationally awarded digital projects, like Volkswagen's digital launch campaign for the New Beetle, launch of Wallpaper magazine online, Sony-Europe, and Swatch . He played a vital role establishing “Cycosmos,” the leading social network in the UK and Germany at the time. In 2000, Maks joined MetaDesign AG’s management board and was in charge of the digital unit. At MetaDesign he was involved in Europe’s first mobile projects for clients like NTT DoCoMo’s iMode and Telefonica. Yes, there were mobile projects in 2001, and Maks became an evangelist for mobile services, many moons before the iPhone was launched. His early passion for mobile led him to becoming a co-founder and managing partner of Iconmobile in 2003, which was one of the first mobile centric agencies worldwide. Maks helped to grow the company from four founders to more than 150 employees with offices in Berlin, Tokyo, Sydney, London, and New York. As a product lead, Maks was responsible for one of the first mobile ad servers in 2004, and developed mobile marketing and advertising formats for the likes of MSN, o2, and Yahoo. He consulted pretty much all European mobile carriers, like Vodafone, o2, Orange, and T-Mobile and helped several brands in their first mobile projects. After leaving the company to join WPP in 2007, the world ́s largest agency network, Maks was invited to join ProSiebenSat.1Digital as a member of the management board. He was in charge of the mobile, games, and innovation activities at one of Europe’s leading media companies. He successfully launched the first iOS apps for the group, created new advertising formats, pioneered UGC campaigns for the network and launched a highly profitable Data-Access-Product. Ever since his ProSieben days, corporate innovation remains one of his major passions. In 2009, Maks joined San Francisco based Kyte — an innovative live-streaming platform with funding from Disney, NTT DoCoMo, and many others — as a managing director for the European market and developed digital video strategies for mobile, social, and online for the likes of MTV, Universal Music, and others. Kyte worked with iconic artists like Lady Gaga and 50 Cent on their video offerings and fan engagement. Starting his consultancy in 2011, Maks helped organizations with their digital transformation. Companies like LEGO, Lufthansa, Volkswagen, Daimler, UEFA, Red Bull, Deutsche Telekom, and eBay — just to name a few — all trust his advice.

Maks helped to bring the Mobile Monday to Berlin and also launched "Wearable Wednesdays" in Germany. He is an active business angel and mentor to startups, serves on various boards as an advisor, was heading the "Founder Institute" accelerator in Berlin, mentoring startups at Axel Springer PlugNPlay, Telekom hub:raum, Pioneers Festival, hack.fwd, and others.

Maks earned an MBA in Media and Communication with distinction from the University of St. Gallen and is teaching entrepreneurship and innovation Management e.g. at Zeppelin University Friedrichshafen, HTW Berlin and FHV Dornbirn. He published the first German book on usability (Springer) and the first German book on mobile business (Gabler). He is a judge both to the Webbys and Lovies Awards, named the 'Oscars of the Internet,' has a very weird taste in music, loves to travel, and practice yoga.

At the age of 45, he discovered his exquisite cooking skills.

Working from home puts a spotlight on what isn't working, while creating space for innovative forms of communication and collaboration.