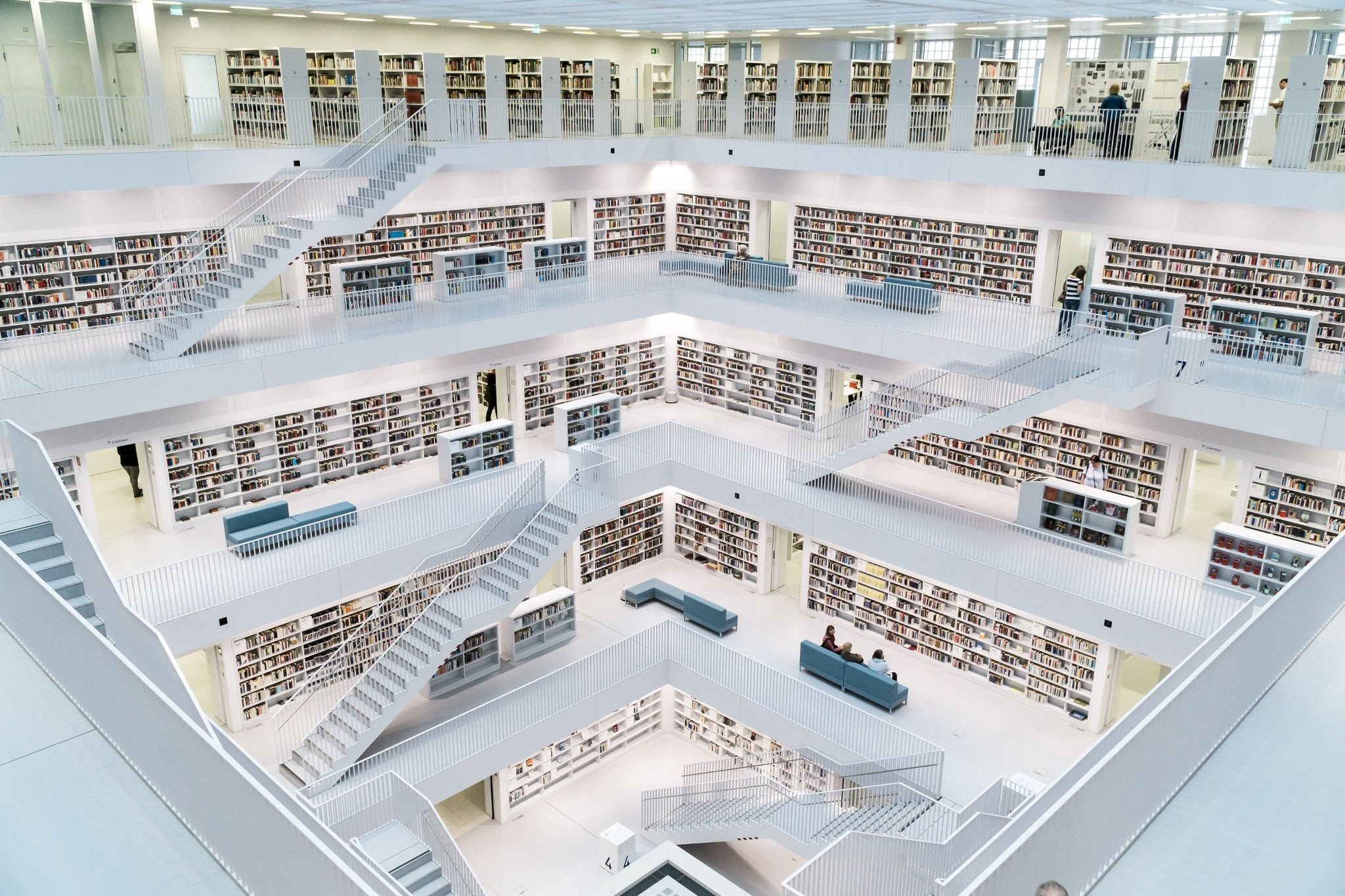 — In Western societies today, the perceived dichotomy between the humanistic disciplines and STEM subjects is often seen as a natural thing: in school, we study them as though they reside in separate realms, and when the time comes to choose which career to pursue, we are given the choice of either path A or path B.

This traditional distinction between STEM and the humanistic disciplines seems common sense to many, but it is much more recent than we think. The Greeks, the Romans, and even nineteenth-century reformers like Wilhelm von Humboldt knew that a good education is comprised of both left-brained and right-brained activities and knowledge; they did not make the same distinction we do today. Now that the digital transformation is reaching its peak, disrupting the labor market in ways we can barely forecast, it is time to get rid of this artificial separation, both at school and in the workplace, and consciously include the lessons the humanities teach us in today’s digital world.

The compartmentalized separation I’ve described affects both our educational system and the workplace. There seems to be little or perhaps even no space for cross-fertilization between the two: scientists will be scientists, locked in their labs, and humanists will be humanists, hunched over in their dusty libraries. It was only fairly recently, however, in the year 1959, that British scientist and novelist C. P. Snow announced that the intellectual culture of our society had split into “two cultures.”

Snow’s famous statement diagnosed the state of society at the time, which unfortunately often holds true even today: many consider the humanities a path with very little connection to the real world, which usually leads to a not-so-brilliant career – if to any career at all. The sciences hold much more promise and prestige, especially when it comes to the labor market. No matter what the relationship of human sciences with STEM has been in the past, however, the digital turmoil that we are experiencing clearly forces us to completely rethink these stereotypes, as well as the dichotomy itself. In fact, in a world where technology is evolving so fast that schools are educating kids for jobs that do not even exist yet, the humanities gain crucial importance as an excellent school for critical democratic and ethical thinking. This is because the humanities deal with core questions that shape what will probably be the core challenge of our future: the relationship between humans and machines as well as all the attached ethical and identity issues that this tension propagates, and the nature of the human experience in a digital era dominated by machine learning.

What the humanities teach is something that might not feel as immediately tangible and practically useful as the knowledge conveyed by STEM subjects: the so-called “soft skills”, even though they are anything but soft. These are skills a humanities education builds and ones which are developed over time: critical thinking (i.e. the ability to think for yourself and evaluate information you are exposed to, and also to identify what you need to learn to get to the next level with some crucial research skills), empathy (the ability to put yourself in another person’s shoes and see things through their eyes), agility of thought, creativity and imagination.

All of these skills are of great importance in instilling in the students a sense of responsible and ethical citizenship, which we need in the digital era perhaps more than ever. The way we behave offline and online often still differs, meaning that people often do not follow the social contract as ethically online as they do when dealing with people face to face (think of anonymous trolling and bullying online, doxxing, illicit data collection, etc.). The critical tools and essential democratic skills that the humanities provide can help students be more conscious, educated, responsible digital citizens, and they can help them develop the digital literacy they need in order to understand the difference between, say, fake and real news, or ideal and not-so-ideal modes of behavior on social media. A great humanities education that addresses the problems of our digital world can also help us tackle the great challenge society already faces when it comes to all the complicated ethical questions contained in our rapidly evolving relationship with (and dependency on) machines. Digital citizenship questions on social media are only one drop in a vast ocean; while many social rules remain relevant, philosophy and ethics will have to be, if not rewritten, widely reimagined for the new machine age, the digital world we now live in.

But the humanities can’t do this job alone and are in danger of becoming more isolated if we keep on teaching them only in traditional ways: in a face-to-face, seminar-style classroom setting. In academia, we have the field of “Digital Humanities” (DH), which is over 30 years old at this point, and refers to digital ways of analyzing and interpreting texts (such as the quantitative analysis of novels through text mining and data mining approaches, counting and comparing word frequencies or groups of concepts and drawing conclusions from them; or mapping geographical or interpersonal relationships in historical documents, for instance). The Digital Humanities are useful and can yield exciting results, but they are mostly confined to academic researchers, and don’t touch the general ways in which books and history are being taught in most school and university classrooms today. For that reason, I am personally more interested in Digital Pedagogy, the purposeful integration of digital media in the traditional humanities classroom (beyond simply lecturing with a projector and a PowerPoint). Teaching students traditional literature or history lessons with the help of social media, apps, VR devices, podcast projects or other digital technologies might sound counterintuitive, but it does provide great benefits. Just to give you a couple of examples: over the last few years, along with teaching the books in my literature seminars at Stanford, I engaged my students and the general public in live role-plays based on traditional novels such as Oscar Wilde’s The Picture of Dorian Gray and Mary Shelley’s Frankenstein. By adding gamification methods, widely available tools and a format that students regularly use out of the classroom, we were able to mash up the students’ learning in ways that deepened and added to their engagement with these ‘old’ texts, and it connected our class to hundreds of other readers from many different countries who played with us on Twitter – illustrating for students the power of a worldwide community of readers of traditional literature.

Digital Pedagogy is only one step in a series of steps that take us closer to bridging the gap between the humanities and technology and having students connect with real-world scenarios early on. Eventually, this will entail a bigger rethinking of the structure of our educational system and its effects beyond school walls – all the way down to the reconsideration of the physical classroom itself. This could even be something as simple as getting rid of current furniture and turning them into open spaces with movable furniture as this already makes a big difference in how students learn, by enhancing collaboration, for instance. It also means reconsidering the very concept of having different subjects being taught in separate lessons rather than in complex project-based scenarios in which both soft and hard skills and knowledge are needed and developed by students working together on a task over time. In this scenario, the students learn by doing and become both more independent and collaborative by design, by working on projects where they can learn different skills from multiple disciplines at the same time in a natural way as prompted by their project, rather than studying each of these subjects in an artificially-separated timetable fashion (Math from 9-10, English from 10-11, Art from 11-12, etc., as our schools currently still do).

Such a reorientation of the way students learn would, in turn, provide them with much more holistic, real-world knowledge. This is something they could greatly benefit from in the labor markets of the future – the complexity of which will require all of us to be more flexible than ever. Having, say, engineers with soft skills, and philosophers with a knowledge of coding, will give us the most well-rounded people and citizens, who are jointly able to face the existential challenges that increasingly complex technology raises both today and tomorrow.

In the end, both our hardware devices and our soft skills are simply tools that help us master the world. If you ask me, I think that the more tools we have, the better the outcomes will be: because, at the end of the day, there is no way we can teach humanities to an algorithm. That’s always going to be on us. 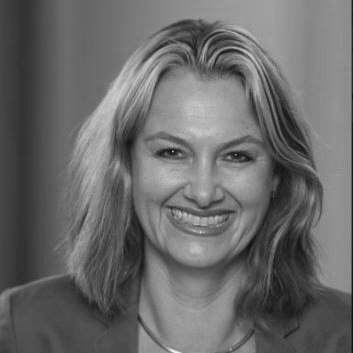