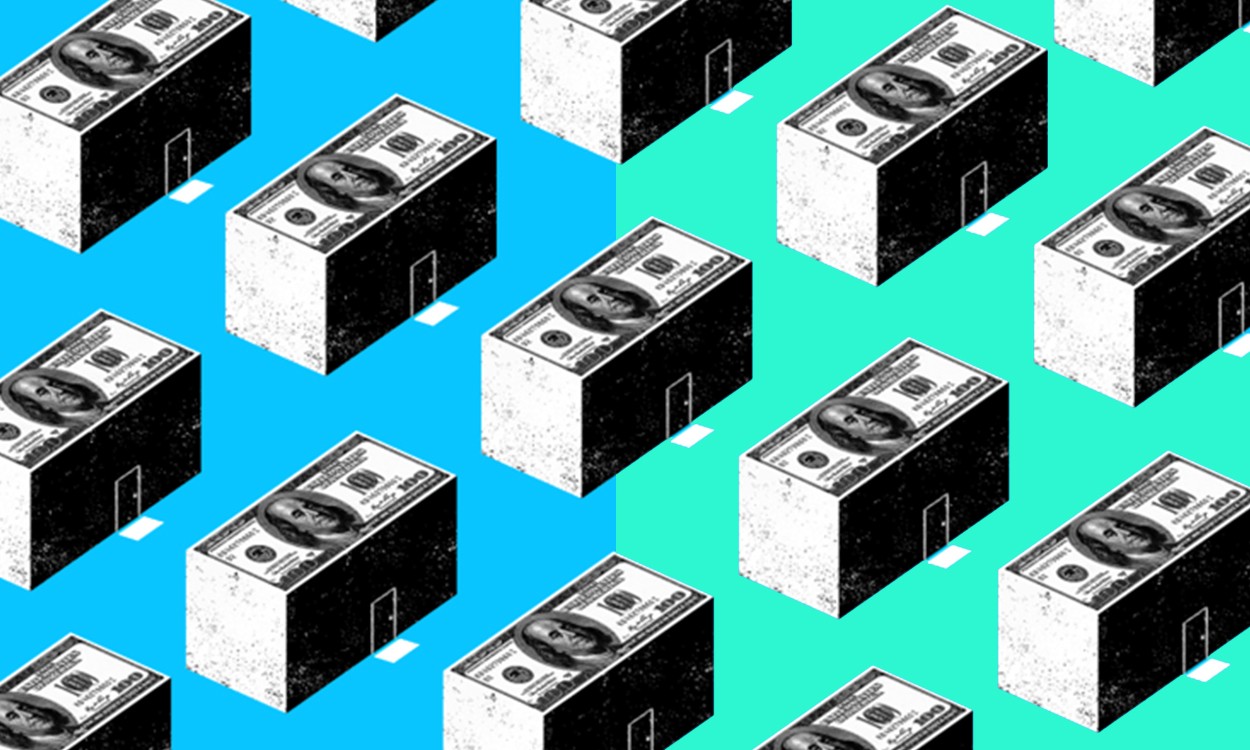 — Universal Basic Income has the potential to ignite the flames of an age of creativity and abundance, a utopia of leisure and free time. But it is can also be used as a model for meaninglessness, a dystopian fugue state for humanity. This LSS explores a new model that has wide-ranging support from all sides of the political spectrum.

By 2030, as many as 800 million jobs could be lost worldwide to automation. In times like these, it is easy to understand why the tech industry leaders in the Silicon Valley widely endorse the concept of Universal Basic Income in order to stem the predicted problem of job loss over the next two decades.

So what is UBI? UBI is unconditional income sent directly from the state unto all of its citizens at regular intervals, regardless of their income or employment status. The idea first appeared in Thomas More’s Utopia (1516), wherein the Portuguese traveller Raphael Nonsenso narrates a conversation he says he had with John Morton, the Archbishop of Canterbury, about preventing punishment for thievery when the thief had no other choice but to steal. 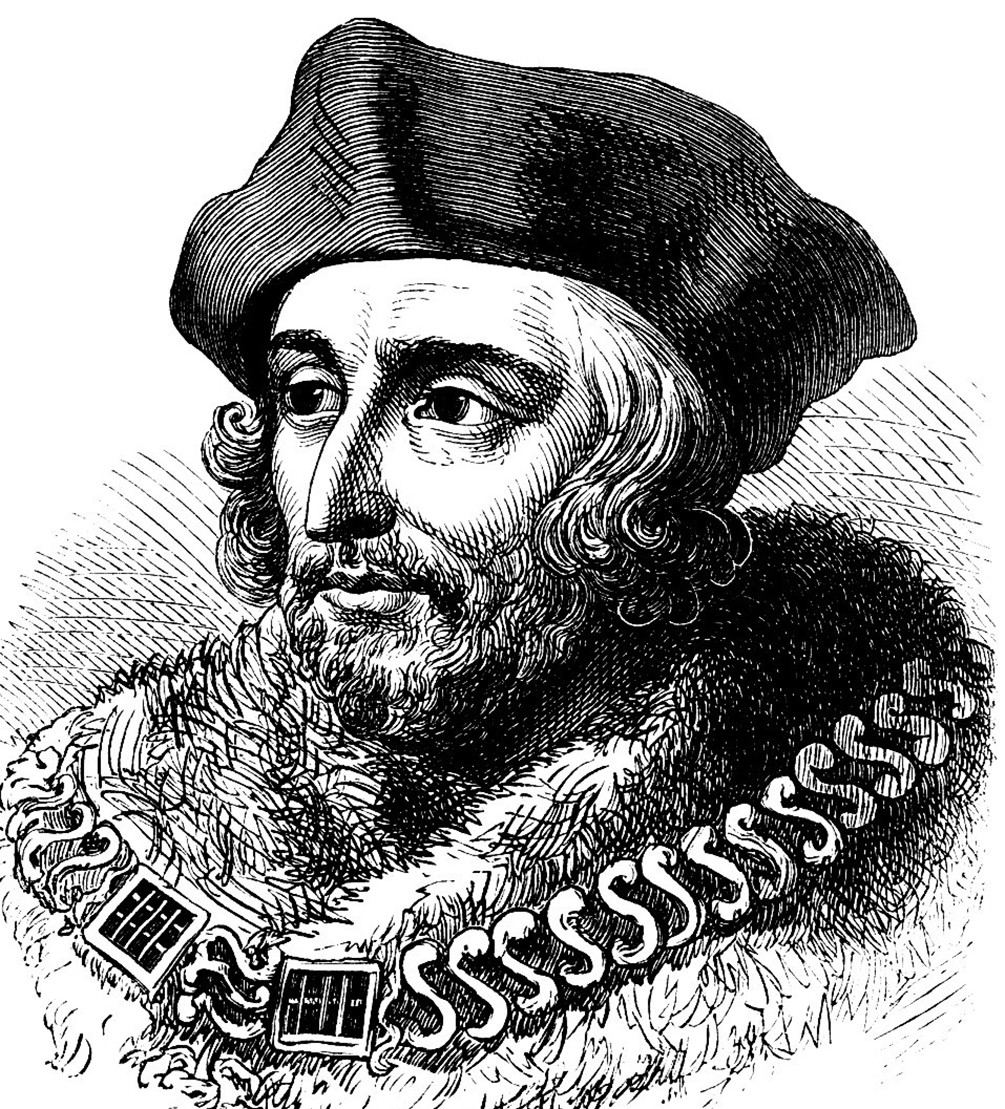 “Instead of inflicting these horrible punishments, it would be far more to the point to provide everyone with some means of livelihood, so that nobody’s under the frightful necessity of becoming, first a thief, and then a corpse.” - More's Utopia (1516)

From here, UBI has reared its head multiple times over the centuries. Becoming more refined and reiterated as time marched on. Beginning with More’s friend and fellow humanist, Johannes Ludovicus Vives (1492-1540), who was the first to work out a detailed scheme and develop a comprehensive, theological and pragmatic argument for it, UBI has also emerged in the ideas of Thomas Paine, Charles Fourier, John Stuart Mills and Bertrand Russell. 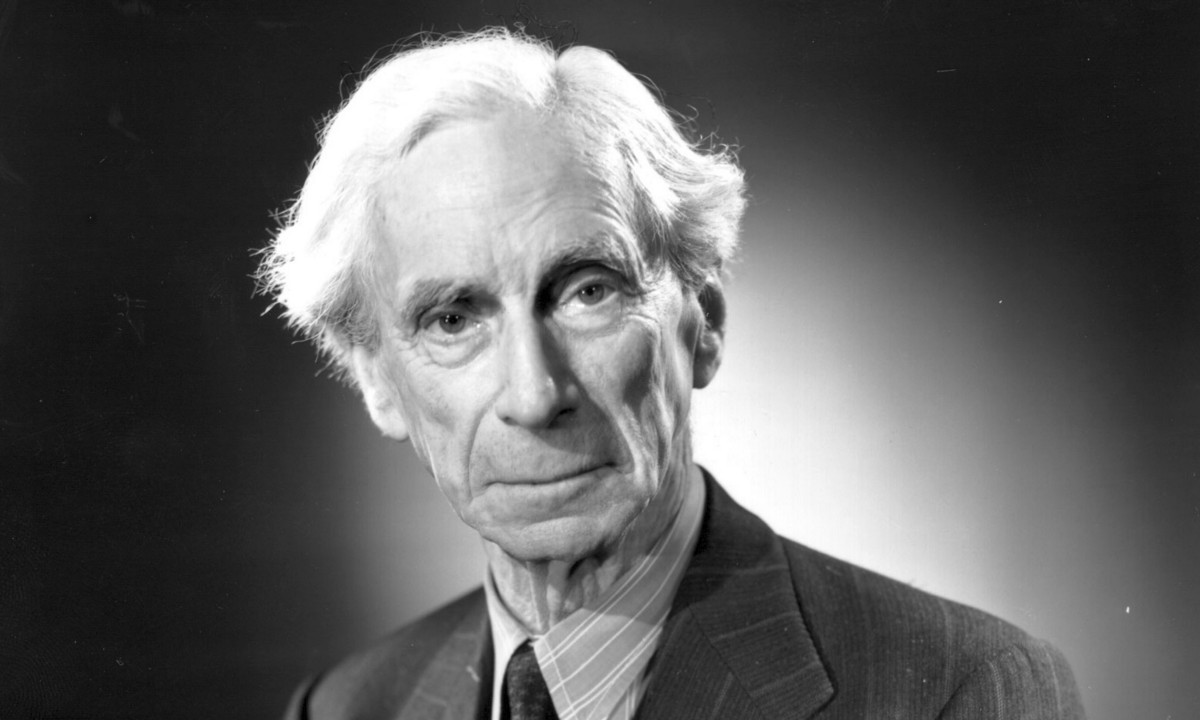 "When education is finished, no one should be compelled to work, and those who choose not to work should receive a bare livelihood and be left completely free." – Bertrand Russel, Proposed Roads to Freedom (1918).

There is also the question of whether or not UBI will cause inflation. The answer: unlikely. UBI will be financed by taxes. It will only cause inflation if people decide to do nothing outside of this sum figure, which would result in less goods and services with the same money. Which begs a further question: are we we inherently lazy? Is mankind made to mooch?

The answer lies in the sleepy central Canadian province of Manitoba. Where the experimental guaranteed annual income project, Mincome, was held in the 1970s. Mincome acted as a type of negative income tax – aiding households who had incomes which dipped below a certain amount. No official report was issued on the results of the experiment, but years later University of Manitoba economist Evelyn Forget conducted a quasi-experimental analysis which found that only two groups, new mothers and adolescent males, worked less after receiving Mincome, and not necessarily out of laziness. 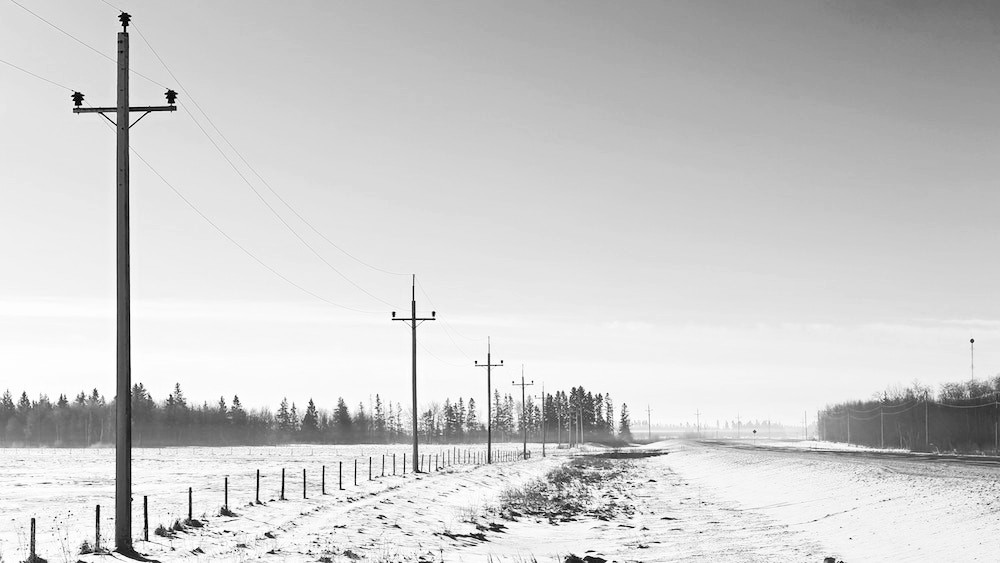 The Mincome sample included 1,300 urban and rural families in Winnipeg and Dauphin, Manitoba with incomes below C$13,000 per year. (Pictured: Manitoba Province).

Mothers with newborns stopped working because they wanted to stay at home longer with their newborn children, whilst the adolescent males worked less because they weren't under as much pressure to support their families – resulting in more of them graduating. In addition, those who continued to work were given more opportunities to choose what type of work they did. Forget discovered that in the period that Mincome was administered, hospital visits dropped 8.5 percent, with fewer incidents of work-related injuries, and fewer emergency room visits from accidents and injuries. Additionally, the period saw a reduction in rates of psychiatric hospitalization, as well as in the number of mental illness-related consultations with health professionals. It would seem then, that we can trust ourselves to be proactive under this new model, and that it has the capability to enhance the lives of those who experience it.

More recently, you may have heard of a UBI trial’s failure in Finland, which began in early 2017. Never mind the fact that preliminary results aren't expected until 2019, this recent pilot was never really about UBI – in fact, it was always about “promoting employment”. Doomed from the start, the trial targeted 2,000 randomly selected unemployed Finns (one fifth of the proposed originally proposed) to receive €560 a month (about $675) for only two years. In short, it was too limited in both scale and duration. Instead of giving free money to everyone, the experiment in effect handed out a form of unconditional unemployment benefits, with not an iota of universality in sight. 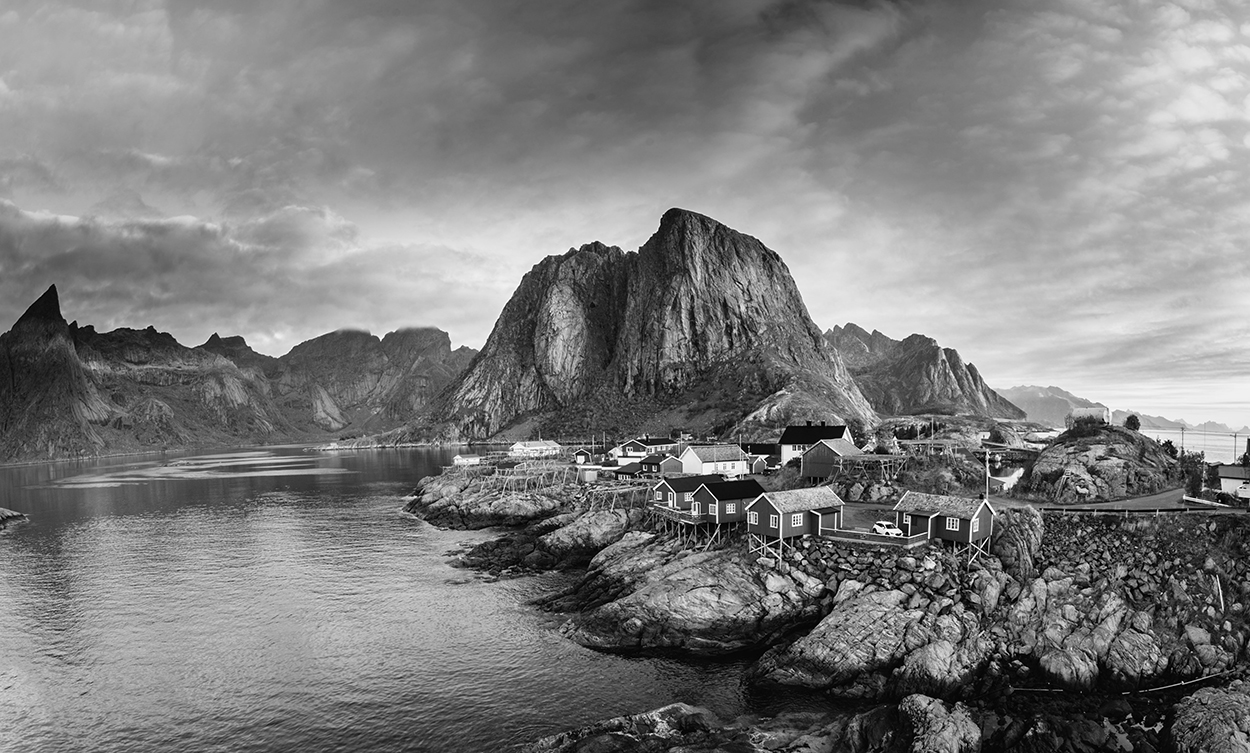 KELA, the Finnish social security agency, has failed to secure the funding it needs to extend its universal basic income experiment beyond this year.

Although the Finn experiment was shut down by an austerity-driven conservative government, UBI has no political leanings, and the left and the right have radically different hopes for this model. In this sense, it is clear that the UBI debate cannot be reduced to the employment debate alone, and its wide-ranging support from both the left and the right is a testament to the fact that this is a multifaceted issue – one from which complex and mixed extrapolations can be drawn.

On the right, you find a more libertarian, neoliberal model for UBI. This ideology believes in UBI as a means of providing agency to individuals, but that it should only be implemented in line with the abolishment of more traditional public services such as healthcare, education and housing. Instead, individuals should receive UBI so that they can purchase services on the market. 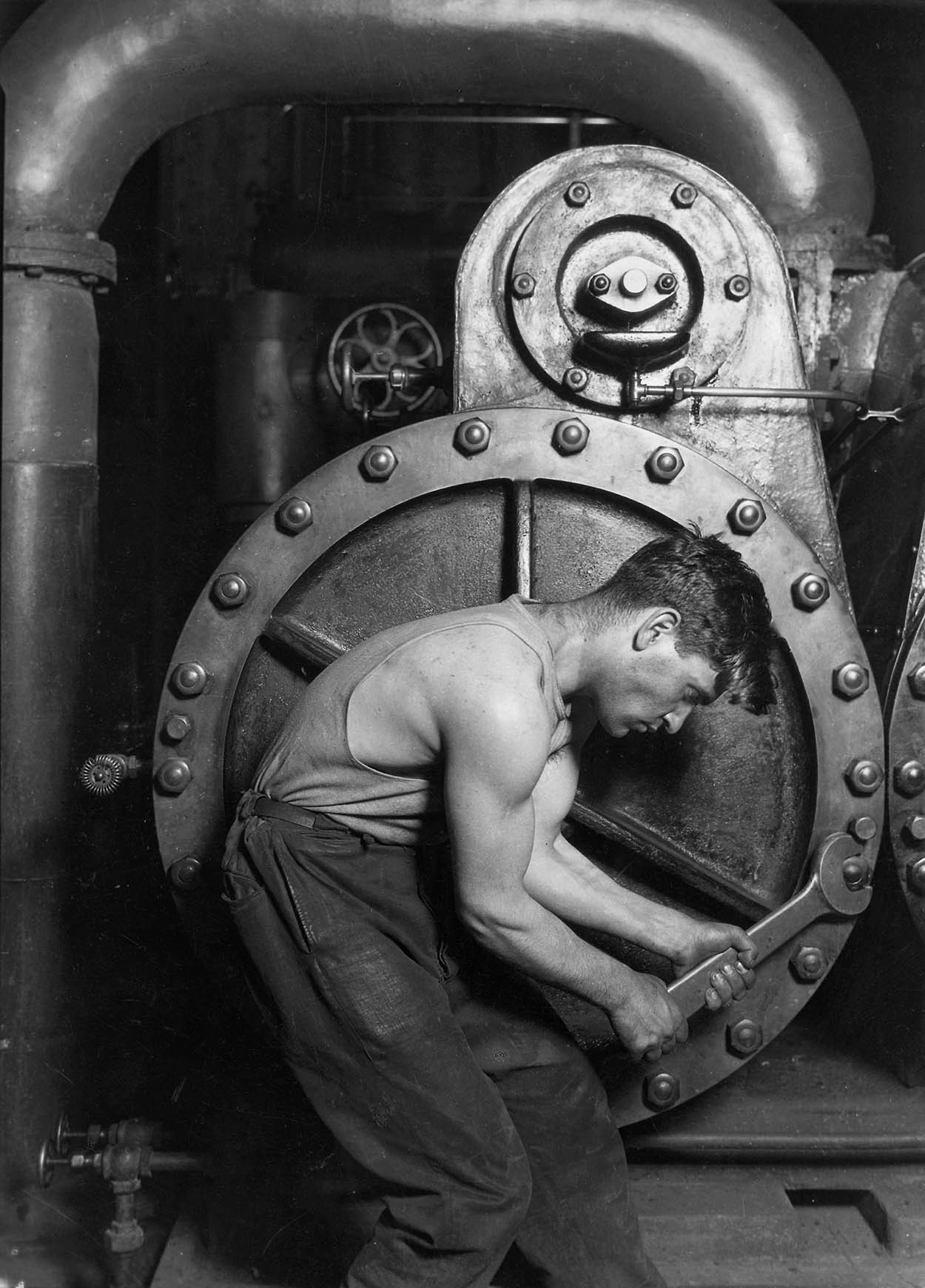 Which is a problem for the left, who see the support from the right as a kind of trojan horse for neoliberalism, a highjacking of an idea that in their interpretation differs greatly. In their progressive, egalitarian vision, only a few public services (then redundant) would be stopped – unemployment benefits and food stamps for example.

This version of UBI would have to be a high enough amount to ensure a truly free market wherein workers can decide what they do and whether or not they want to engage in paid work at all. If the UBI sum does not warrant this, they fear it will be exploited by employers who will pay less knowing that UBI will make up the difference.

If we were to a utilitarian standpoint (which proposes actions are right, if and only if, they promote happiness and maximize pleasure, even if those actions in question cause suffering and impinge upon the natural rights of a few) we would implement UBI as soon as possible – as it ticks all of the boxes by reducing the amount of suffering in our world. Redistribution of wealth however, is a dangerous topic, and throughout history has been dogged by corruption, inequality and malpractice – all factors which could damage the concept beyond repair. 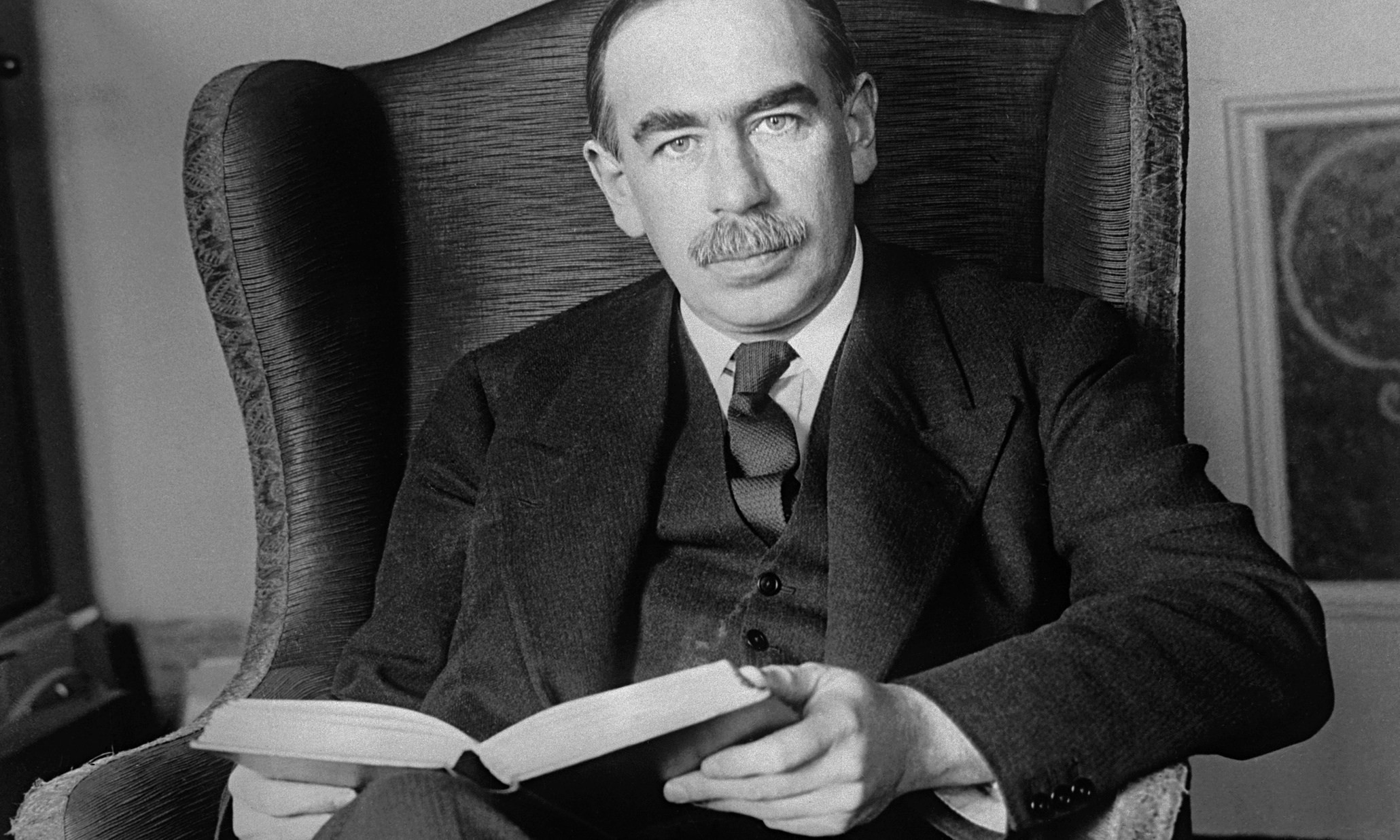 Now back to automation. As Joseph Schumpeter argued 75 years ago, innovation is a process of creative destruction. The social and political challenge is to accentuate the creative and mitigate the destructive. As we as a society progress, so too does the risk of job loss due to automation. John Maynard Keynes, writing in his essay on the Economic Possibilities for our Grandchildren, (1930) foresaw a “nervous breakdown" in society, as people experience the adverse consequences of automation, and how this is “a fearful problem for the ordinary person, with no special talents”. So what will people do with their spare time? What will a world look like without work? These are questions we have never had to ask before, and, once we are deprived of our traditional purpose, will have to answer.

There is an old Maori proverb, “Ma Te mahi Ka tino ora” – “Work brings health”, to be without work is to be without purpose, and studies have shown that people who are unemployed for more than 12 weeks are between four and ten times more likely to suffer from depression and anxiety – it is also linked to higher rates of suicide and heart failure. Furthermore, British economist Guy Standing found that lack of occupational identity and economic insecurity is a direct antecedent to extremism. In this case, widespread automation spells disaster for the future of humanity. If handled properly, UBI could reduce today’s ever-growing populism and mitigate the negative effects of unemployment. If handled badly, it could lead to a tsunami of insecurity that will flood entire populations with a sense of worthlessness – exacerbating the very thing that it set out to cure. We must ensure that UBI is able to fill the existential hole we humans create when we lack a tangible sense of meaning. 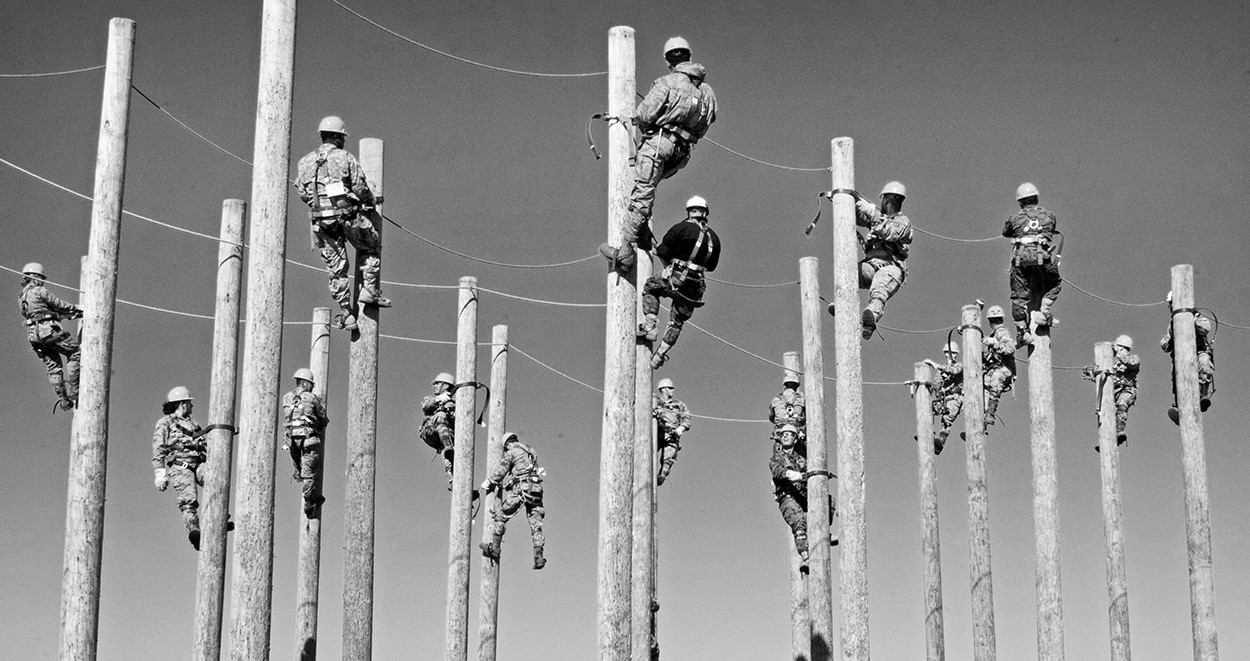 With automation, you can continue to increase Capital (K) without increasing Labour (L), the implications of this are huge. Why in this world would L (which is in such oversupply) be rewarded with anything but pittance? The resulting scenario, Derek Kerton writes, will be a form of neo-feudalism – akin to when serfs who worked the land for the landowner, and received just enough compensation to survive. In this instance, it will be even worse than before, as the serfs are not even needed. UBI has the potential to mitigate this dystopia or reinforce it, we must continue to analyse this model to ensure that we get it right.

However, philosophers, futurists and economists have spoken about a jobs crisis in the face of automation now for decades, perhaps even centuries, and it has never been realised. Is this panic misplaced? The economist Doug Henwood, seems to think so, and notes that you should expect to see a rapid increase in productivity as a precursor to this dilemma, something which is currently not happening at all. In fact, the opposite is true: productivity across the world has stagnated and declined the world over, suggesting that we are safe – for now. 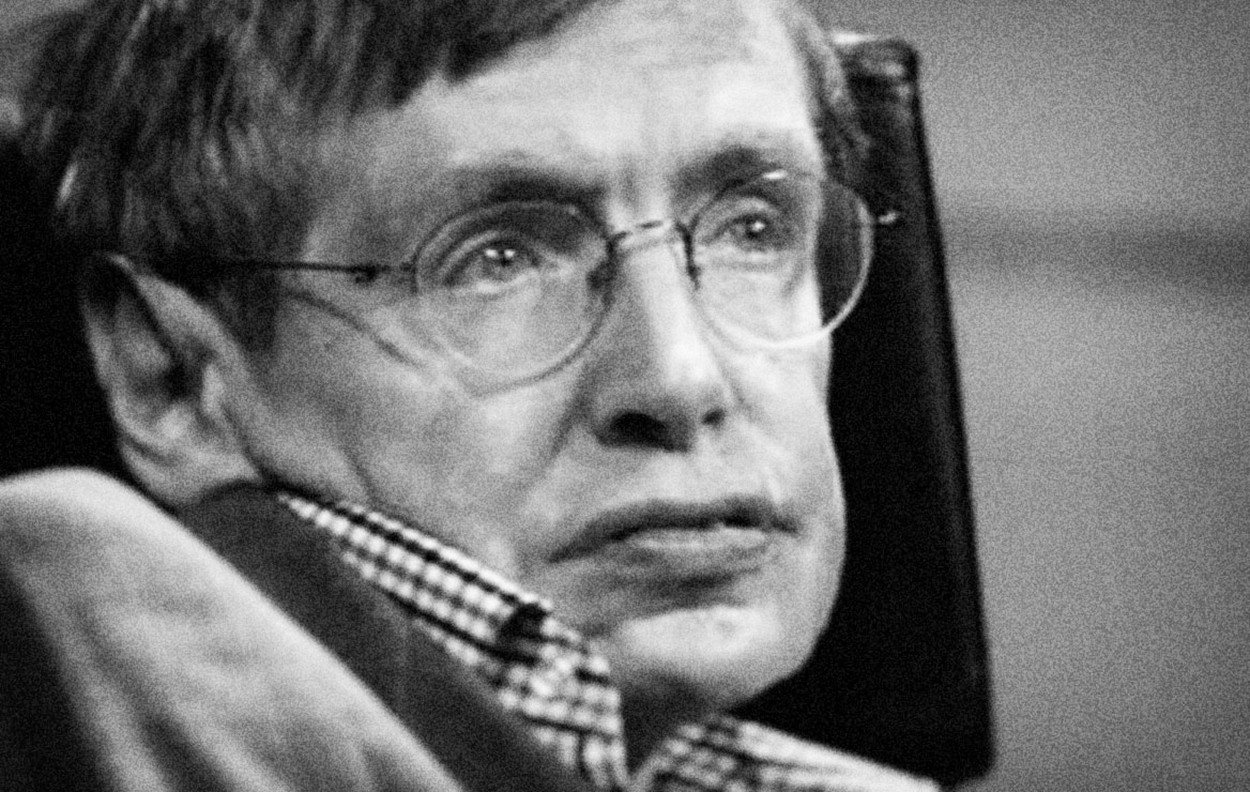 The outcome will depend on how things are distributed. Everyone can enjoy a life of luxurious leisure if the machine-produced wealth is shared, or most people can end up miserably poor if the machine-owners successfully lobby against wealth redistribution. So far, the trend seems to be toward the second option, with technology driving ever-increasing inequality. - Stephen Hawking

Even without the threat of automation, today, we are missing out on extensive and unnecessarily high levels of human potential. Not only are massive levels of poverty preventing populations from excelling, but we also have a lot of workers in jobs that are not needed. One study in the UK, for example, found that 33% of workers believed that they had jobs which they thought had no reason to exist. With UBI, we will begin to see wages reflect the social value of the jobs that people do. More important societal roles such as teaching or garbage collecting – which today have low wages – in the future will always be able to fall back on UBI, granting them extensive leverage in settling higher salaries. The not-so-important jobs however, will be in for a shock.

Ultimately, we need more tests on UBI in order to see whether or not this model can work for humanity. But we should remember that we need to debate it on its own merits and principles, not as a proxy topic to automation, as it is so much more. With or without, UBI could be a viable model for a better world, one in which the way we relate to work and ourselves is radically redefined – an age of imagination realised.