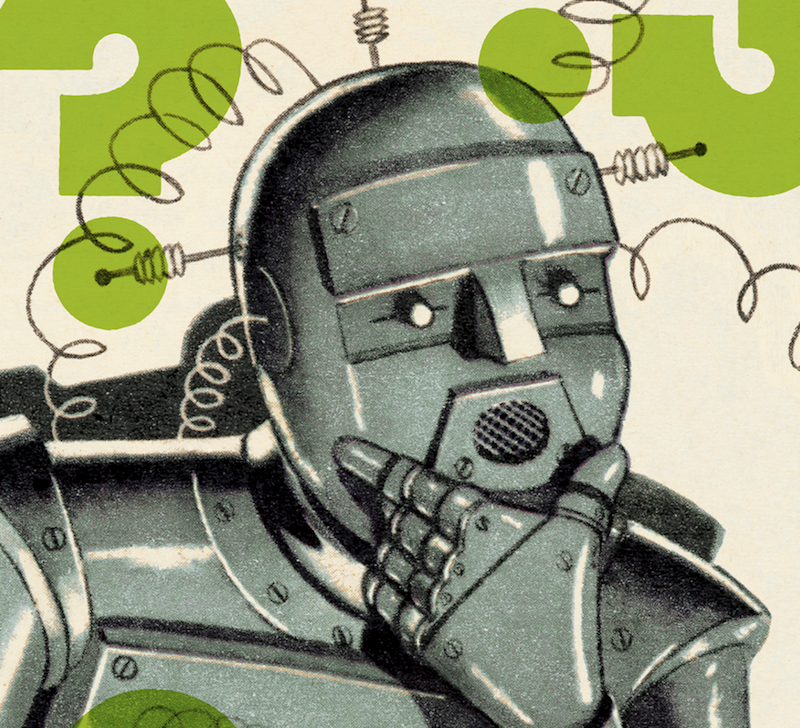 — Transhumanism is a loosely defined movement that has developed gradually over the past three decades. It is centred around the belief that the human race can evolve beyond its current physical and mental limitations, especially by means of science and technology.

Although Transhumanism may seem the obvious philosophical product of an era characterized by an unprecedented technological acceleration, it has deep roots that can be found moving backwards in time. How much, it is a disputed question. Swedish philosopher Nick Bostrom goes back to 1700 BC, to the time of the Sumerian Epic of Gilgamesh and so too did, decades prior, Robert Ettinger (more on him later).

Other authors frequently cited as examples of proto-Transhumanists are Giovanni Pico della Mirandola (Oration on the Dignity of Man, 1486), Francis Bacon (Novum Organum, 1620) and, above all, Friedrich Nietzsche who, in Thus Spoke Zaratustra (1883), introduced the concept of Übermensch: “Man shall be overcome… Man is a rope, tied between beast and overman—a rope over an abyss ... what is great in man is that he is a bridge and not an end”.

A libraries worth of authors could be mentioned when looking into Transhumansm’s past. The thirst of immortality is, after all, as old as mankind, and for centuries was partially quenched by religion, literary creations and philosophical abstractions. In the twentieth century, however, things changed. The march of modern industrial society meant that a lot of resources became available for research. Science made huge leaps forward, and scientists could now reasonably presume they would be able “to actively interfere in the making” of human beings, forge a new mankind, and elevate it into another dimension. They need not fantasize: they had the tools they were going to use.

The coming of a God-like human being empowered by technology poses infinite ethical, legal and moral questions. This has been clear since the very first embryo of a transhumanist thought was expressed in 1924 by the British biologist John Burdon Sanderson Haldane (1892-1964) in Daedalus; or Science and the Future. Here, he depicts a future in which scientists, through eugenics and ectogenesis (the gestation of fetuses in artificial wombs), will be able to modify and ameliorate genetics to control human evolution. Biologists, Haldane believed, would be at the frontline of this new frontier, even if their solitary mission would appear sacrilegious to most. That was however, the price to be paid for the path to a better future.

The scientific worker of the future will more and more resemble the lonely figure of Daedalus as he becomes conscious of his ghastly mission, and proud of it…The chemical or physical inventor is always a Prometheus. There is no great invention, from fire to flying, which has not been hailed as an insult to some god. But if every physical and chemical invention is a blasphemy, every biological invention is a perversion. There is hardly one which, on first being brought to the notice of an observer from any nation which had not previously heard of their existence, would not appear to him as indecent and unnatural.

But Haldane was aware that an ethical re-birth was needed for the mankind to properly master the gift it was going to receive.

It may be urged that they are only fit to be placed in the hands of a being who has learned to control himself, and that man armed with science is like a baby armed with a box of matches.

The essay was met with success and ignited a rich scientific and philosophical debate, enriched by a book wrote by John Desmond Bernal (1901-1970), Haldane’s friend who was a molecular biologist and a crystallographer. In The World, the Flesh and the Devil (1929), he envisioned a future where human brain and cognitive powers have been enhanced through bionic implants and mental improvements deriving from advancements in psychology. In this world, science has succeeded in shaping not only a new society but a brand new species.

We hold the future still timidly, but perceive it for the first time as a function of our own action …But the processes of natural evolution are so much slower than the development of man's control over environment that we might, in such a developing world, still consider man's body as constant and unchanging. If it is not to be so then man himself must actively interfere in his own making and interfere in a highly unnatural manner. The eugenics and apostles of healthy life, may, in a very considerable course of time, realize the full potentialities of the species: we may count on beautiful, healthy and long-lived men and women, but they do not touch the alteration of the species. To do this we must alter either the germ plasm or the living structure of the body, or both together.

No one can say what destiny is in store for the humanity, nor does Bernal hazard a guess to any outcome.

Finally, consciousness itself may end or vanish in a humanity that has become completely etherealized, losing the close-knit organism, becoming masses of atoms in space communicating by radiation, and ultimately perhaps resolving itself entirely into light. That may be an end or a beginning, but from here it is out of sight.

This alternation between hope for bright future and quasi-apocalyptic visions shouldn’t surprise us much. These scientists and philosophers were sons of their times. The rise of totalitarian regimes in both Germany and the Soviet Union, eugenics experiments, recent memories of a the First World War and the looming fear of another one contributed to spreading the idea that science could enslave humanity as much as it could set it free. 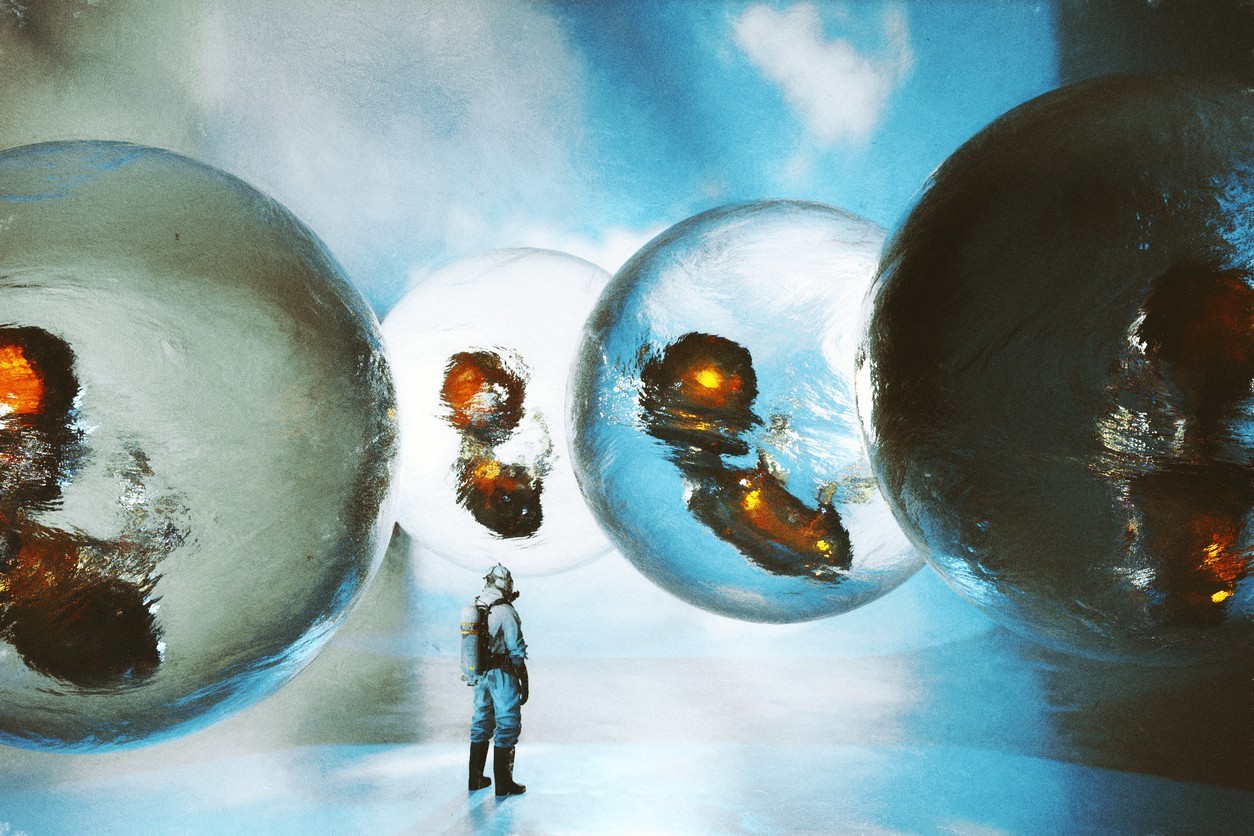 What are Synthetic Embryos?

In fact, movies like Metropolis by Fritz Lang (1927) and books such as Brave New World by Aldous Huxley (1932) and 1984 by George Orwell (1949) with their dystopian vision were major sources of influence for the future Transhumanist movement, whose real founder was Aldous’ brother.

Julian Huxley is widely considered the father of Transhumanism since this renowned biologist was the first to coin the word Trans-humanism: he did it in 1957, in his book New Bottles for New Wine, in which he advocated the coming of a Fulfillment Society completely committed to the full development of the human potential.

We shall start from new premises. Up till now human life has generally been, as Hobbes described it, 'nasty, brutish and short'; the great majority of human beings (if they have not already died young) have been afflicted with misery… we can justifiably hold the belief that these lands of possibility exist, and that the present limitations and miserable frustrations of our existence could be in large measure surmounted… The human species can, if it wishes, transcend itself — not just sporadically, an individual here in one way, an individual there in another way, but in its entirety, as humanity. We need a name for this new belief. Perhaps transhumanism will serve: man remaining man, but transcending himself, by realizing new possibilities of and for his human nature.

Such philosophy might perhaps best be called Trans-humanism. It is based on the idea of humanity attempting to overcome its limitations and arrive at fuller fruition; it is the realization that both individual and societal developments are processes of self-transformation….

I believe in transhumanism: once there are enough people who can truly say that, the human species will be on the threshold of a new kind of existence, as different from ours as ours is from that of Pekin man. It will at last be consciously fulfilling its real destiny

Huxley expected this philosophy to be a turning point, since it would have eclipsed any other theory or belief.

The truth of the Transhumanist approach and its central conception is larger and more universal than any previous truth, and is bound in the long run to supersede lesser, more partial and more distorted truths, such as Marxism, or Christian theology or liberal individualism, or at any rate to assimilate those of their elements which are relevant to itself.

If Huxley introduced the concept of Transhumanism, another scientist helped to clarify what trans-humanity is. Robert Ettinger, the father of the cryonic movement, to do that in his 1970 book Man Into Superman.

..Now we are on the brink of the can-do era, when the leopard will be able to change his very spots. The transhuman condition is one of life unlimited--no acknowledged boundaries in time, space, or quality….What is happening is a discontinuity in history, with mortality and humanity on one side--on the other immortality and transhumanity. With a little encouragement, many of us can make the transition: that is what this book is about.

Ettinger helped to make clear that the transhumanist movement was not just a club of thinkers but a group of people highly committed and ready to invest important resources in the project.

The 'tragedy' of the slow growth of immortalism pertains mostly to them, and perhaps to you – not so much to me or to us, the committed immortalists. We already have made our arrangements for cryostasis after clinical death – signed our contracts with existing organizations and allocated the money. We will have our chance, and with a little bit of luck will 'taste the wine of centuries unborn'

The mid-Sixties saw the birth of a less optimistic theory, foreshadowing the risks connected to the creation of an Artificial Intelligence which would develop the ability to progress without any human contribution, thus endangering the de facto now redundant mankind. The first to write about such a scenario was Irving John Good, a mathematician and cryptologist, who also served as consultant to Stanley Kubrick in the writing of 2001: A Space Odyssey. Good warned of the dangers of an ‘Intelligence Explosion’.

Eminent personalities contributed to the evolution of the Singularity Theory, as it is known, scientists such as the computer scientist Marvin Minsky, theoretical physicist and cosmologist Stephen Hawking and the futurist, Raymond Kurtzweil. In 2006, he published the bestseller The Singularity is Near. Thirteen years later he is ready the release the follow up The Singularity is Nearer, to remind us that the line between the dream and the nightmare is thin and easy to cross.