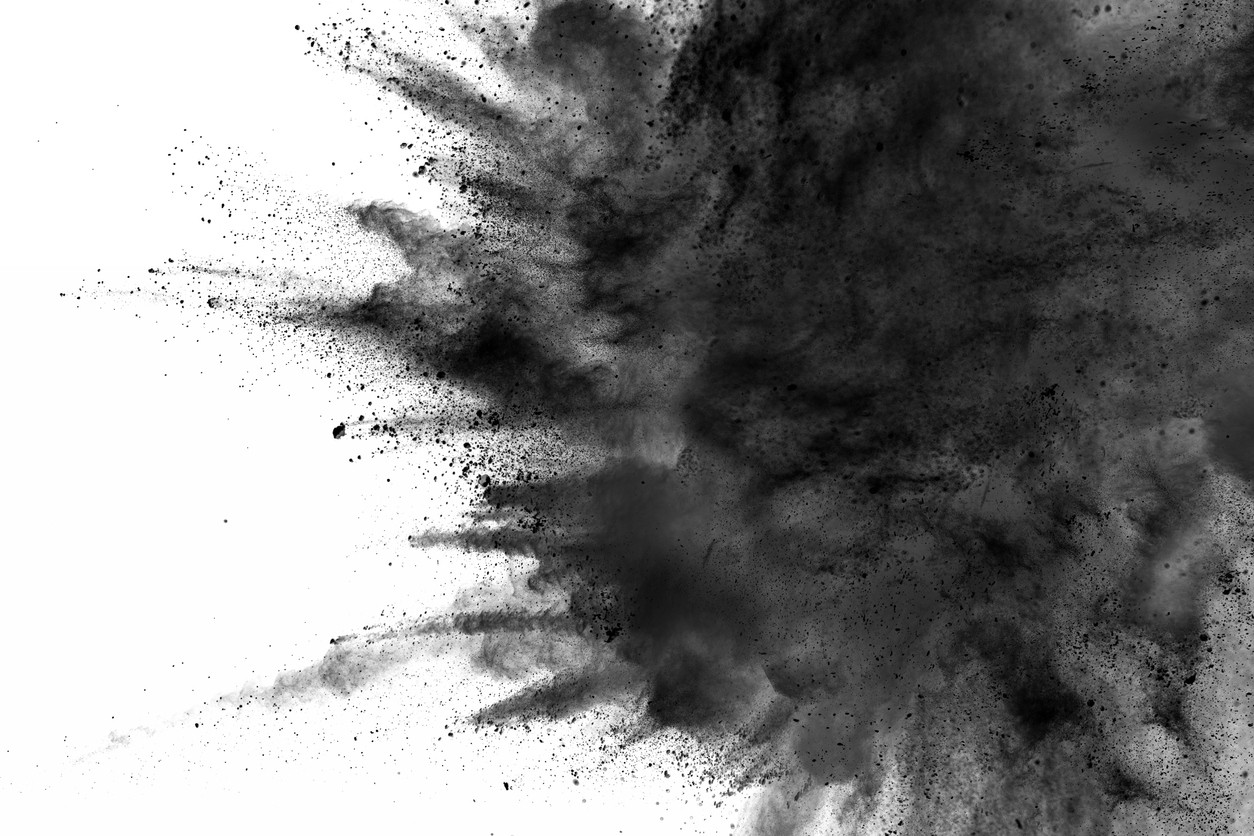 — Smart Dust is a system of many tiny microelectromechanical systems such as sensors, robots, or other devices, that can detect light, temperature, vibration, magnetism, chemicals and other stimuli.

In 1965, Gordon Moore, the founder of Intel, predicted that the number of components that could fit on a single chip could double every 2 years. His theory, dubbed Moore’s Law, has not only survived the test of time, surviving over half a century in technological advancement, but has also kickstarted a fascination with the miniaturization of technology. A fascination which would go on to transform multiple industries, multiple times over the coming decades.

Which is where Smart Dust comes into the picture. By 1992, the first concepts for Smart Dust had emerged from a workshop at the Research and Development Corporation (RAND), these concepts would soon be followed by a series of studies in the mid-1990s. Interestingly, and as with many other technological advancements, the work was strongly influenced by the science fiction authors Neal Stephenson, Vernor Vinge, and Stanislaw Lem. Lem’s The Invincible (1964), for example, was one of the first books to explore the ideas of micro-robots, artificial swarm intelligence and “necroevolution”, a term suggested by Lem himself for the evolution of non-matter.

The most notable of studies on Smart Dust came in 1997 in the form of a research proposal by Berkeley’s Dr. Kristofer S. J. Pister, Joe Kahn, and Bernhard Boser. The project was soon approved for funding thanks to the proposed potential military applications of the technology – “We are open to collaboration with all branches of military and the commercial sector”, this proposal, which sought to rapidly deploy defense networks onto the battlefield, would secure Dr. Pister as the inventor of this technology. 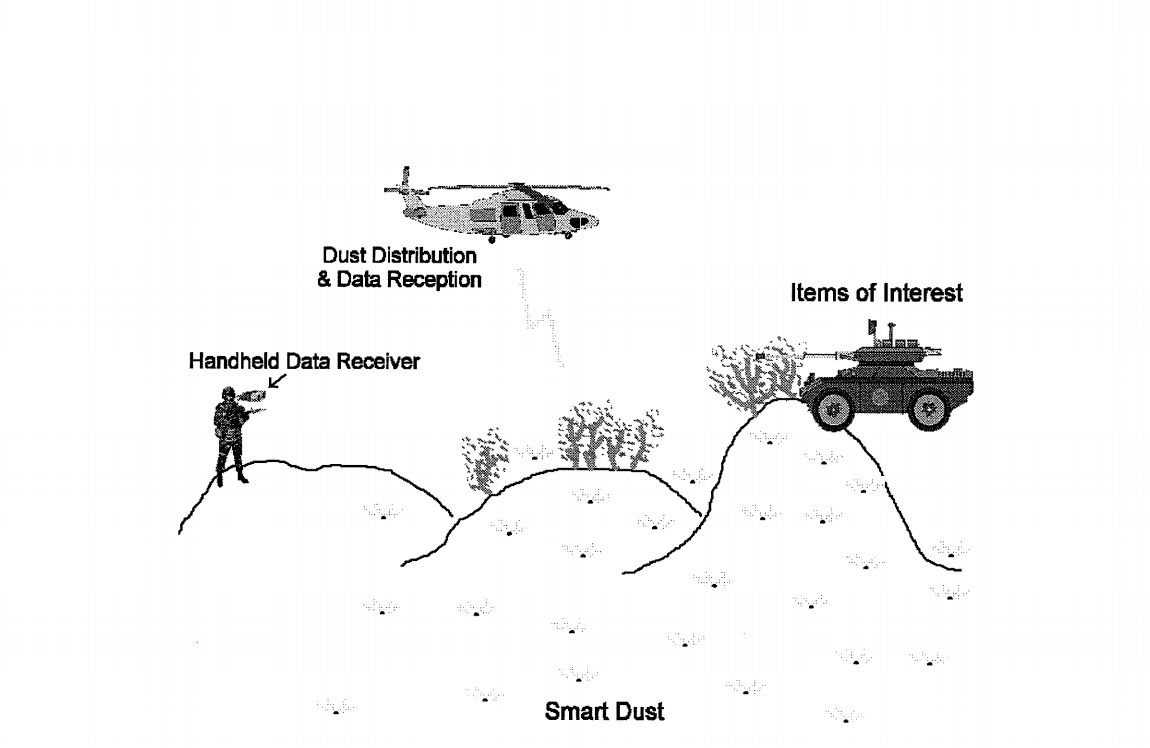 Fast forward to today and these devices, often smaller than the eye of a needle, can collect data and transmit it back to a base for processing. The ‘dust’ itself is a set of microelectromechanical systems (MEMS), more commonly known as motes, which pack an incredible punch considering their limited size. Capable of detecting anything from light to vibrations and temperature, they combine sensing, autonomous power supplies, computing and wireless communication in a space that is typically only a few millimeters in volume.

Which is why they are referred to as Smart Dust. And, just as with their natural cousins, Smart Dust is capable of being suspended in the environment due to its minuscule size. But, unlike their duller ancestors, not only are Smart Dust’s components 3D printed, these mini machines are capable of collecting data on acceleration, stress, pressure, humidity, sound and more with their sensors. This data can then be processes with what amounts to an onboard computer system, as well as stored and communicated to the cloud, a base or others MEMS.

So, other than dominating the battle field, what other applications do MEMS have? The answer is many. Smart Dust can collect information about any environment in incredible detail. In this sense, it is better to think of Smart Dust as the pinnacle of the Internet of Things. It's IoT, but magnified (or reduced) dramatically, allowing industries to better streamline their data in order to hone their safety, compliance and productivity.

With its ability to measure anything nearly anywhere, Smart Dust is capable of tracking products within supply chains in ever more detail, monitoring crops in unprecedented scales and identifying weaknesses in systems prior to failure. This technology can also be used to track the movement of birds, small animals and insects. In healthcare, Smart Dust can aid with diagnostic procedures and make the entire care process less invasive for the patient, as well as providing new and intuitive interfaces for the disabled.

On top of this, Smart Dust may be deployed over a region to record data for meteorological, geophysical or planetary research. Particularly in cases where measurements are needed in in environments where wired sensors are unusable or lead to measurement errors. Examples include instrumentation of semiconductor processing chambers, rotating machinery, wind tunnels and anechoic chambers.

More recently, researchers at UC Berkeley built the smallest volume, most efficient wireless server simulator, a development on the first, ultrasonic neural dust sensors created in 2016. The device, known as StimDust, short for simulation neural dust, is intended to one day be implanted in the body through minimally invasive procedures to monitor and treat disease in a real-time, patient-specific approach. StimDust is just 6.5 cubic millimeters in volume, about the size of a granule of sand, and is powered wirelessly by ultrasound, which the device then uses to power nerve stimulation at an efficiency of 82 percent. 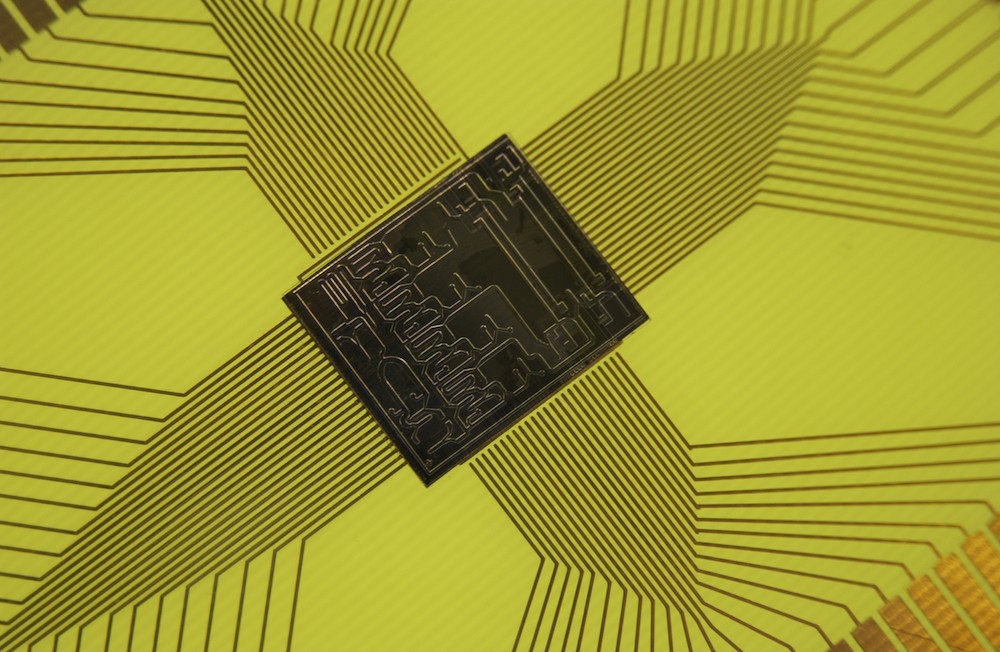 Rikky Muller, co-lead of the work and assistant professor of electrical engineering and computer sciences at Berkeley stated that, “This device represents our vision of having tiny devices that can be implanted in minimally invasive ways to modulate or stimulate the peripheral nervous system, which has been shown to be efficacious in treating a number of diseases.”  It's Richard Fleischer's  Fantastic Voyage (1966), but with robots.

But what will power these systems? Thanks to new techniques in lowering the amount of power electronics require – the answer is one day they will hopefully do so themselves. “If we look at it from the power consumption side, the energy efficiency of microelectronics has improved by more than a factor of a trillion from ENIAC [one of the world’s first electronic computers] to today,” stated Joshua R. Smith, a professor at the University of Washington who specializes in low-power systems and wireless communication. Passive power generation techniques, such as vibration harvesters, have already been scaled down massively, and their small energy output is well-suited to the equally tiny energy requirements of the Smart Dust.

As with any new technology, the cost to implement a smart dust system that includes the satellites and other elements required for full implementation is high. Until costs come down, it will be technology out of reach for many.

Which is perhaps a good thing, as, almost immediately, the idea of thousands, even millions, of tiny computers floating around in the air we breath is littered with problems. Firstly, privacy. As already explained, Smart Dust is in essence just a bundle of sensors that are capable of detecting almost anything. Basically invisible to the naked eye, Smart Dust has the capability of invading people’s privacies in unlimited ways. If the technology gets into the wrong hands, what would stop them from acting nefariously, especially when they are unlikely to be detected or identified for doing so? Secondly, how can such a swarm be contained in the event containment is necessary? The huge numbers involved in this technology mean that it would be incredibly difficult to retrieve them in such a scenario, leading to health, security and environmental concerns in the process.

However these problems may find solutions once they arise. The first for example, privacy, may not even be seen as a problem: evidence points to younger generations not prioritizing privacy concerns as much as older ones anyway. With the second, containment, it would be reasonable to assume that the military have been working on a counter-technology to this one since it became a viable weaponizable tool over twenty years ago.

In any case, Smart Dust has the potential to completely reinvent how our world works. From war to space exploration, this technology is riding on (and in) the winds of change. After its arrival in our day-to-day lives in the IoT era, it will certainly take some time until the dust is settled.