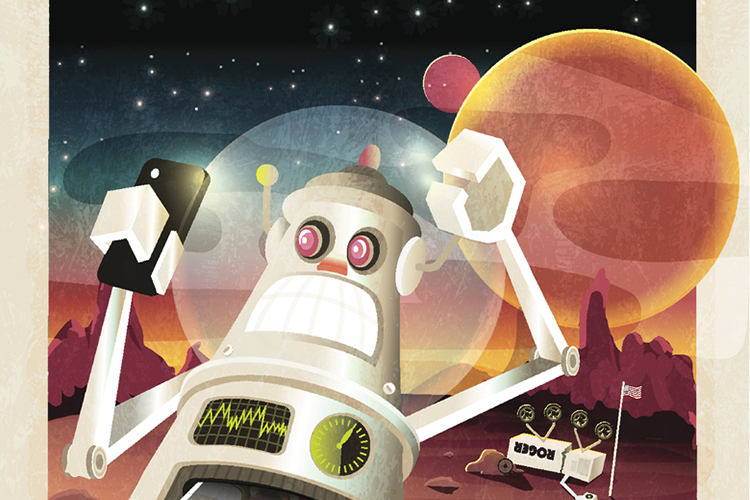 — The robotic dogs from the “Metalhead” episode of Black Mirror aired in 2017 are not entirely the fruit of the imagination of its screenwriters: very similar four-legged robots are actually one of the most cutting-edge products of Boston Dynamics, a company which is making your most terrifying robotic nightmares come true.

There are very few topics that tickle the human imagination as much as robots do — and they’ve been doing it for quite a while now: the idea of mechanical beings dates back to Greek times, with the myth of Pygmalion, a sculptor falling in love with a statue that eventually comes to life and becomes his lover. The idea of an ‘artificial human’, as paradoxical and fascinating as it is, had only been a purely philosophical manner. That is until 1955, the year that marks the very first AI programs. After the ‘AI winter’, a long halt between the 70’s and the late 90’s, advancements in this technology suddenly boomed, and so did the presence of robots in series, books, video games and YouTube videos. However, when it comes to envisioning a world where humans and robots live together, there has never been room for bright futures: this has not (and probably will not) change. What has changed since the first experiments is that the robots we imagined for so long have now jumped out of the book pages and cinema screens and are right in front of our eyes — and yes, they are as we expected them to be, if not more.

One of the most advanced companies of the robotics sector worldwide for example, went viral for its videos showing the performances of the robots it manufactures: they can open doors, perform warehouse workers’ tasks, dance to a Bruno Mars song, do parkour. And they look so eerie that they’ve been labeled as “creepy”, “nightmare inducing”, “nimble”, “terrifying”  — the list goes on. What’s more creepy than them, is the history behind the American company that produces them, Boston Dynamics: a story where the U.S. army and the most powerful tech companies merge, all mixed together with a sprinkle of secrecy and internet conspiracy. So, what is Boston Dynamics? To answer this question, let’s get back to the very beginning: in 1992, the company spun off from a Massachusetts Institute of Technology lab. The founder, Marc Raibert, had joined MIT in 1986 as an Electrical Engineering and Computer Science Professor teaching a curriculum which included NASA’s jet propulsion laboratory and Carnegie Mellon University’s Department of Computer Science and Robotics. The idea of founding Boston Dynamics came precisely from his experience at the MIT’s ‘Leg Laboratory’, a department specifically devoted, in its own words, to the ‘exploration of active balance and dynamics in legged systems creation’ aimed at the building of cutting-edge, legged robots. A very layered branch of robotics, which involves the combination of different, complex factors altogether: perception software, electronics, robotic intelligence factors and equilibrium, among others.

Since its early days, the history of the company had been operating in the military sector, along with the industrial and rescue ones. One of Boston Dynamics' first and most known projects, in fact, was to create interactive 3D computer simulations to be used to replace naval training videos for aircraft launch operations. The final client was, through a Naval Air Warfare Center Training Systems Division (NAWCTSD) contract, the American Systems Corporation. The collaboration with an American government organization would be the first in a long series. In fact, after its first two advanced machines — RHex, a six-legged robot that can ‘traverse different scenarios such as rock fields, mud, vegetation, railroad tracks, and stairways’; and SandFlea, a four-wheeled robot able to jump 10 meters into the air to jump over obstacles — the company released BigDog, the infamous robot which inspired the “Metalhead” Black Mirror episode and was the first project of a series to be financed by the Defense Advanced Research Projects Agency (DARPA). The final aim of the project was to implement in the US Army a robotic pack mule to ‘accompany soldiers in terrain too rough for conventional vehicles’. Even though the BigDog project got dismissed in 2015 and never reached the battlefield for being, alas, too noisy to be useful on the battlefield, the news of the US Army-Boston Dynamics collaboration had already spread and everyone was quite worried by the idea of having one of the world’s most powerful armies invest in advanced robotics so much. Things got worse in 2013 when, between the beginning year of the BigDog project and its final dismissal, Boston Dynamics was bought by Google X, now simply X, a secretive company owned by the Silicon Valley Giant. This, more than the videos of the company’s robots creepy performances, is what truly went viral and made people worry.

Why would Google, a corporation already powerful enough, buy one of the most advanced companies in robotics worldwide which, incidentally, was investing most of its energies in the military sector? Where did all the interest of Google in robots come from? With Boston Dynamics having been, back then, the 8th acquisition of the company in robotics, it seemed clear that Google had a serious interest in the sector. As the ongoing contracts with military organizations was seen as highly worrying, Google made a promise: to honour the contracts already in place, but to totally dismiss any military project once the preexisting ones were over, and to focus on the industrial sector only from there on out. The company’s goal, in fact, was not to enter the slippery and risky sector of war, but it was meant to make robots a marketable, everyday life product, instead.

The year of Google’s acquisition, Boston Dynamics had quite a varied portfolio of products. Cheetah, a robot released one year before: developed for DARPA, with its 28.3 mp/h run speed it is one of the fastest robots on Earth (its newest version, Mini cheetah, which made its debut in early 2019, is the first robot to be ever able to do a backflip); Legged Squad Support System (LS3), a better, militarized version of the BigDog once again developed for DARPA; Wildcat, a free-running model of Cheetah running as fast as it; and Atlas: uncovered in 2013, it’s a humanoid robot that can run, avoid obstacles and handle objects. The speculation of what would Google really wanted to do with Boston Dynamics will keep on being mere speculation: as the company, after just four years, would soon be on the market.

Here again, the reason is unclear, but Bloomberg reported tensions between the two companies and blamed it on the low profits that Boston Dynamics could generate. On top of this, some argue that Google was lacking vision in its robotics investments after Andy Rubin, creator of Android and manager of the robotics division, was allegedly forced to leave the company due to sexual misconduct.

Testing the robustness of the SpotMini.

What matters is that, although Google is still investing in robotics, they pulled a u-turn and sold all of their robotics companies, including Boston Dynamics, over the same period. In 2017, Boston Dynamics was sold to Japanese tech giant SoftBank, and in the same year of the new acquisition, unveiled a new version of its quadrupedal robot, called SpotMini: a very compact, four-legged and headless robot which was capable of smooth and complex movements. It can open doors — and you’d better not try and stop it if has decided to — and pull trucks, too. Twenty six years into the business, and 2019 is the year Boston Dynamics seems to be finally ready to go out into the real world. First, SpotMini will be the first robot the company has ever produced to be commercialized: the aim is to not only have it deployed in factory plants and offices, but to have it deployed in homes, too.

SpotMini will be the quietest robot BD has ever produced, but to actually enter people’s lives their products have to do much more than open doors. That’s why, this year, the company has bought Kinema Systems, a US-based startup specialized in 3D Vision solution for industrial robots, acquiring a vast in-house ability in robot manipulation. At the end of March 2019, the collaboration showed its first results, with the unveiling of Handle, a prototype robot meant to be used in warehouses and factories.

As the military sector seem to be left aside at the moment, the company seems to be ready to have its automated machines enter the normal world. What’s creepier than having a Google-owned advanced robots company work with the US army? Having the distant relatives of these things within our homes. Opening our doors to the uncanny valley.