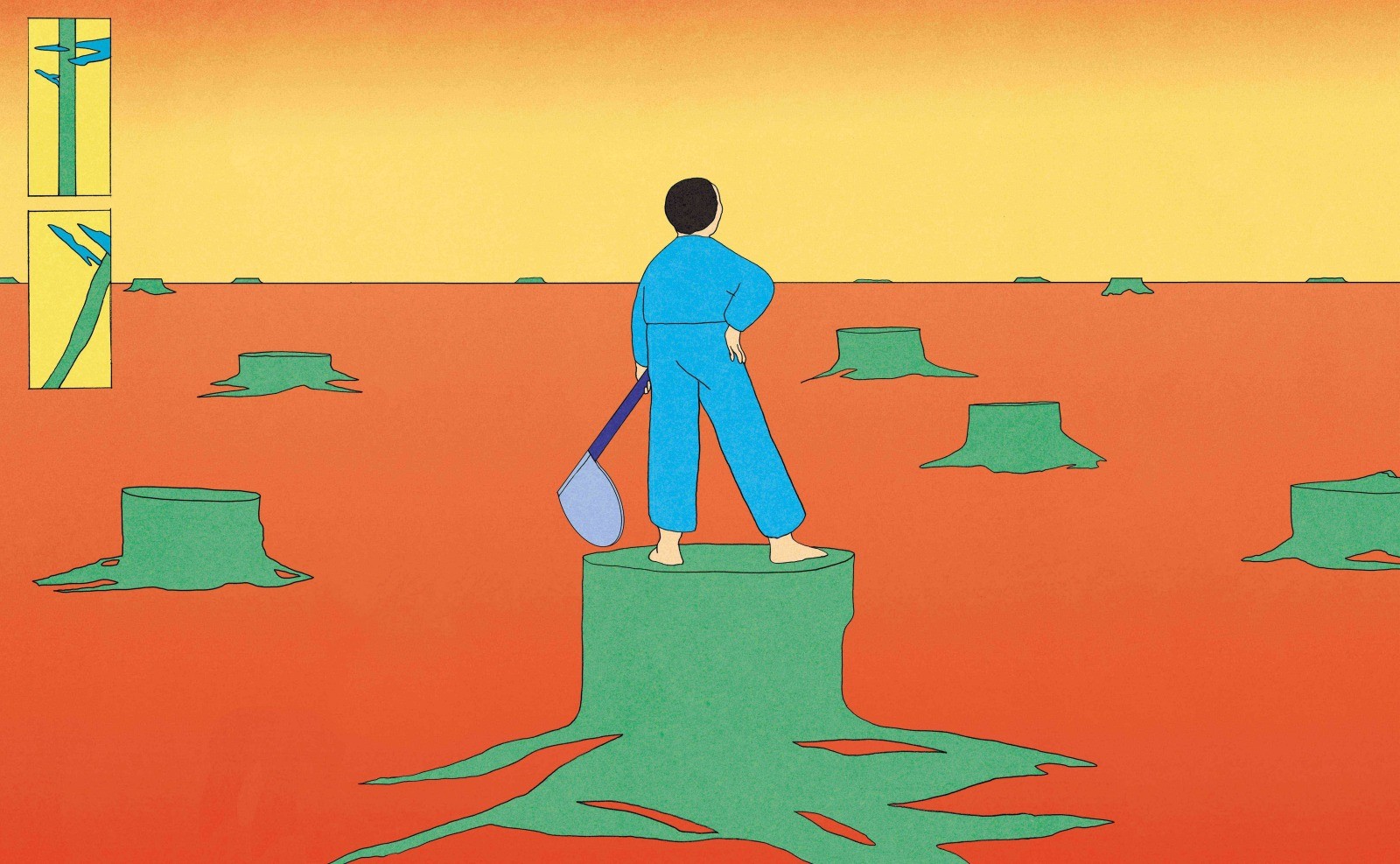 — The methane once trapped into the tundra ice is evaporating. New York City, Jakarta and Venice are struggling against the sinking. Rainfalls, flooding and hurricanes are hitting the most vulnerable regions of the planet. Without a global political action, there is very little we can do to avoid an ecological catastrophe.

When it comes to climate change, we tend to focus on the damage – which is now apparent to the naked eye – rather than on the solutions we need to adopt. What’s most worrying is political inaction: on a global scale, we’re doing very little to defend ourselves, very little to prevent this environmental catastrophe. But the risk of a sudden and devastating acceleration is real: the most recent statistics confirm that the predictions made in the ‘80s and ‘90s were very conservative. The most striking example is the North Pole melting: in the last 20 years, the surface of the Arctic has halved, its volume now being a quarter of what it was in 1990. This effect of climate change is much greater than expected.

Everyone knows that the melting of the glaciers is due to the rise in temperatures, but very few are aware this varies greatly from place to place. The global average temperature has increased by one degree in the last century, but at the North Pole it has risen by 4.5 degrees, while in the Antarctic it has risen by zero. The temperature increase triggers dramatic chain effects, such as the melting of tundra ice, which stores a huge amount of methane. When it’s released, the methane reaches the atmosphere and increases the amount of greenhouse gases. It’s a sort of wicked effect: the more the ice melts, the more greenhouse gases, the more the ice melts and so on.

Arctic melting has two other consequences: a decrease in the salinity of water and a change in the course of warm currents of water and air. The combination of these factors triggers severe climatic fluctuations, to such an extent that some areas of the planet might soon become inhabitable. We’ll also experience rising sea levels, which are expected to be 15 centimeters higher by 2050. If, as is slowly happening, not only the Antarctic ice melts, but also that of Greenland, sea levels will rise by one to five meters.

Some countries, threatened by the rising sea levels, have taken drastic decisions. Indonesia decided to rebuild its capital Jakarta 300 kilometers inland. The Netherlands has set up a transfer plan for all its coastal cities, which will be defended by hills and dams, so to protect trains, highways and infrastructure. New York has planned a system of mobile flood barriers on the Hudson: the project has been approved and is under construction.

Another factor to consider is climatic variability: we will have long periods of drought with high temperatures, equally long rainy periods, much more accentuated rainfall, floods, and hurricanes. All this will have a huge impact, especially in the most vulnerable climate regions, which are already in trouble. Extended drought periods in Sub-Saharan and Central Africa or South-East Asia will make those regions poorer than they already are. It will be impossible to produce enough food, millions of people will be forced to migrate, conflicts will develop on the exploitation of resources such as water and fertile lands. It won’t be just an environmental catastrophe; it will also be political and economic.

An interesting fact in this sense is that, in the last 30 years, the variation in the distribution of wealth within each country has been stronger than the polarization among countries. At one time in India the richest 10% owned 20% of the country's total income. Now, it owns 40%. A similar situation is developing in France, Italy, Russia, China, and the United States. The issue of the equitable distribution of income must be solved by the farsightedness of governments’ long term planning: as long as they consider protectionism, autarchy and sovranism the answers to the world’s problems, we won’t be able to control the climate emergency, nor the social, or economical ones. If, instead, they find a way to cooperate on a structural reorganization of the international economic systems, things could have a different outcome.

The United States, Europe and China alone make more than half of the world’s GDP and produce 50% of the greenhouse gases. Working in the same direction and collaboratively, they could do a great deal to control climate change. It’s a good sign that the former prime minister of the United Kingdom Theresa May and the leader of the opposition Jeremy Corbyn decided it was about time to declare a national climate emergency. Ireland followed, and many other countries will do the same, also thanks to the pressure exerted by movements led by activists such as Greta Thunberg.

Politicians know that we’re beyond the point of no return, that without a drastic course reversal and new technologies there is zero chance to stay below the critical two degree as too much CO2 has been released into the atmosphere. In the last 40 years, that is, since there has been a full awareness of the problem, we have emitted more CO2 than in the entire history of mankind. In 1992, the Rio de Janeiro Earth Summit Conference sounded the alarm on greenhouse gas emissions, but since then they have increased by 70%, despite all countries having agreed to reduce them. There’s a huge gap between what has been said and what gets actually done. Greta Thunberg’s movement is one result of this contradiction.

But there’s more than civic activism. Technology can mitigate the effects of climate change with amazing outcomes. At a time where government action is no longer effective bilateral agreements, memoranda of understanding and conferences remain empty words, the private sector can make the difference. In 2018 $400 billion was invested globally to implement technologies and solutions linked to climate change. And the results are beginning to show. In Europe, electric energy produced with renewable sources is now cheaper than that produced with fossil fuels. Massive solar energy plants are being built in Asia. In China, India and Australia, the energy produced with renewable sources is auctioned off at lower prices than fossil fuel energy.

The European Commission has also done its part by allocating €10 billion to research technologies linked to climate change. One of the most promising sectors is CO2 removal from the atmosphere. Companies such as Global Thermostat and Climeworks are leading the way. But this is not the only option on the table: there are also microorganisms capable of “eating” CO2, and plants which absorb CO2 at a faster rate than others.

An equally important topic is that of energy storage: we produce it, but don’t know how to store it. Renewable sources can completely replace fossil fuels, but the solar power produced during the day, or wind power produced when it’s windy, somehow must be stored somewhere to be used at night, or when there’s no wind. This also happens in the residential environment, combining, for example, photovoltaic systems and batteries, but this mechanism must be replicated on a large scale. Think of a solar power plant: how can we store the enormous amount of power produced during the day, to use it at night?

We’re late on this, but there are a few pioneers working on it. In Australia, there’s a lab where Tesla is producing longer life batteries. The German government has financed the construction of three new hydroelectric reservoirs where if it’s windy, the water is pumped with wind power, and when it’s not, it is released to power a turbine which generates electricity. In Switzerland, gas is compressed with solar power into huge natural caves under the mountains, and at night it’s released so that its pressure powers a turbine.

A third, crucial sector is that of water desalination or other water production and storage systems. Last year, a University of Manchester team invented a graphene membrane which allows water desalination at low temperatures. This might help many countries to counter the agricultural crisis caused by climate change. Lastly, many innovative startups are working on widespread power distribution. Especially in Africa and South America, there are many off-grid plants allowing whole towns to be self-sufficient thanks to solar power. But without a real political agenda and a global effort, it all risks being nothing but a palliative solution.

We can hope that advancements in technology, if properly supported, especially in terms of potential business opportunities, might offer solutions to the climate change that the myopia of people, institutions and governments have brought to levels of serious danger to humankind. 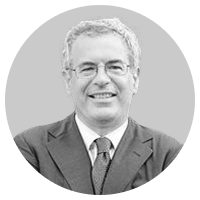