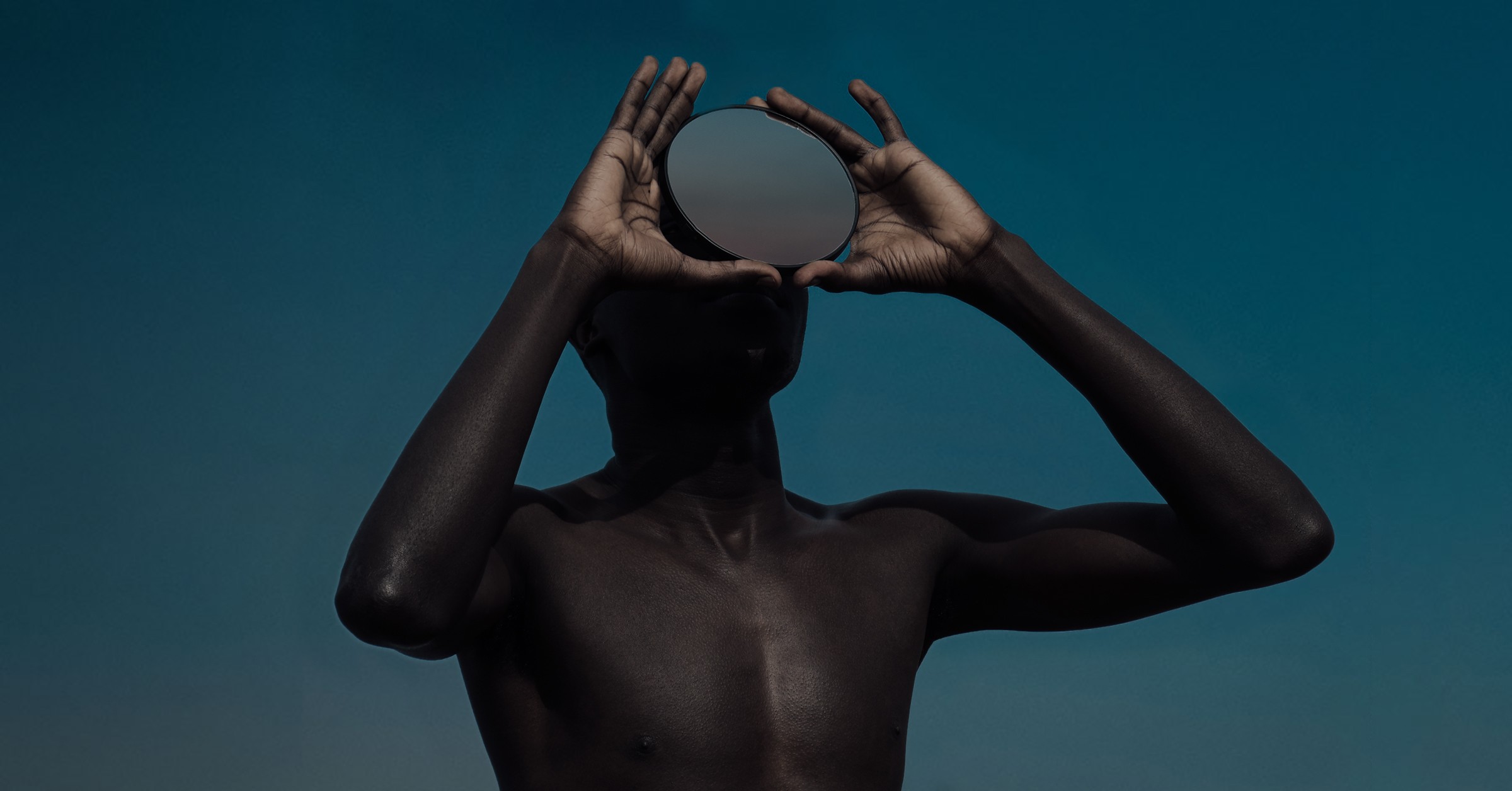 — Visions and beliefs define the world in which we live, our paths to the future, even our realities. Co-founder and chairman of The World Innovation Network (TWIN), Robert Wolcott, explores what this means in our current era.

American transcendentalist, Ralph Waldo Emerson, deified the role of imagination for a generation of living experience. At odds with some scientists of his time who believed we might one day achieve full knowledge of the natural world, he asserted that our universe will ever-expand so long as human beings draw wider circles. This is the role of the visionary: to see futures others fail to imagine. Most die in obscurity. How can we better understand what lifts a vanishing few to greatness?

Understanding vision — what it is, how it operates for good and ill — will become ever more critical this century, as technology enables us to accomplish nearly any experience. Beyond the essential force of curiosity, the pursuit of science and technology has been to release us from given constraints by more deeply understanding them. As constraints succumb, we will require an enhanced vision for what to do with such newly acquired power. 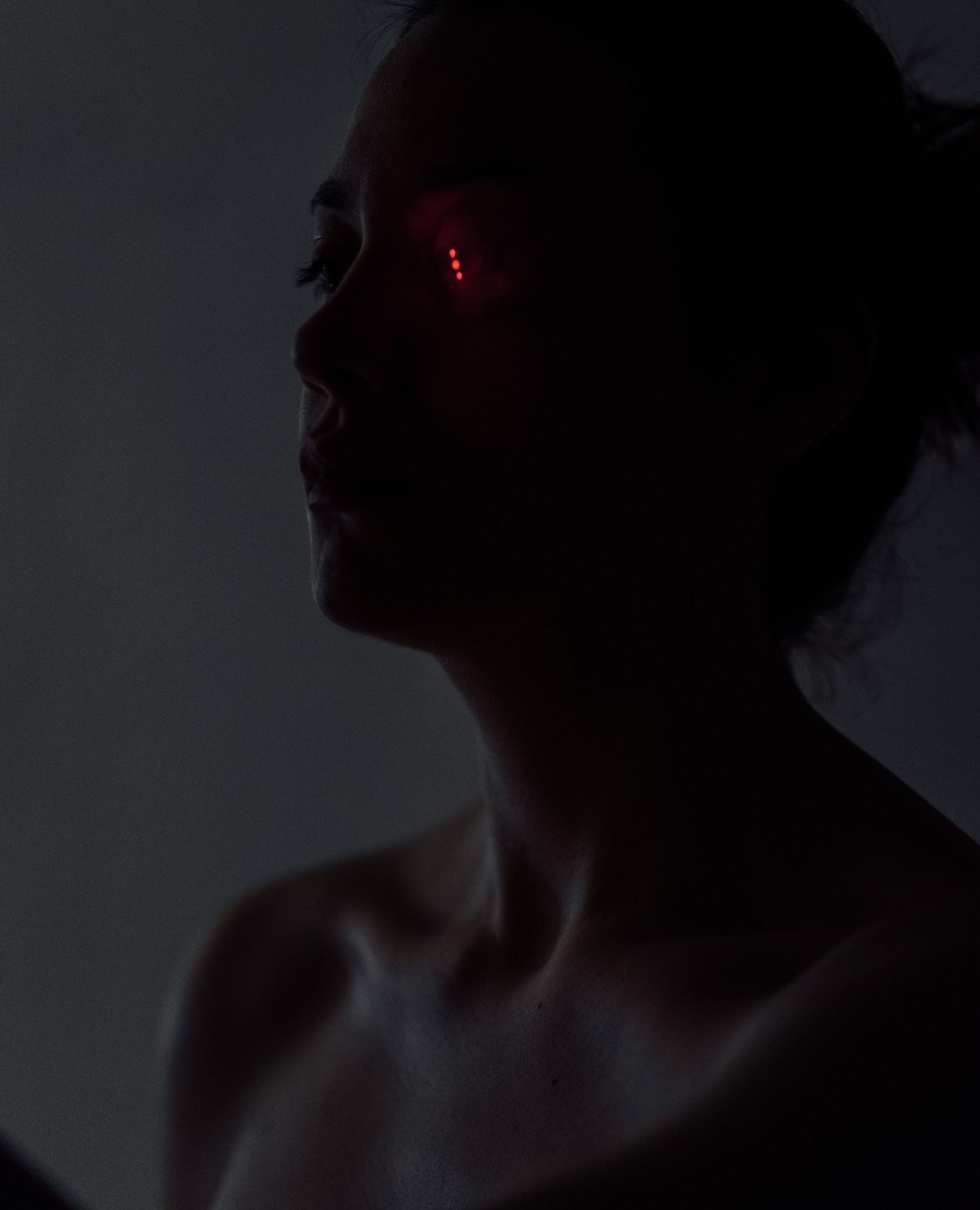 Evolution has ill-prepared us for the tsunamic changes ahead, as we’ve evolved over millennia within contexts and constraints dictated by nature. While the operative laws of physics remain immutable, our engagement with these laws in theory and practice — both wittingly and not — has afforded us an intensifying capacity to instrumentalize resources and transform environments to suit our desires. Change we have wrought, with both intended and unintended consequences. Technology will enframe new, far wider opportunities and threats. It will be up to us to decide how we encounter and employ these intensifying resources at hand. We’ll require a vigilant, considered ethical life to offset our excesses of desires, flaws, and ignorance.

For the past few years, I’ve been exploring factors that conspire to advance or suppress vision and the visionaries who promulgate them. One agent of human reality looms above all others: Belief. How do vision and belief interact? How do they conspire to enable or thwart visionary ambitions?

At its most prosaic, vision simply reviews that which lies before us. Pictures we draw of our world — past, present, and future — have as much or more to do with vistas within our heads and hearts, and especially between us as social beings.

Social interactions generate languages, and languages enable shared experience, even define our worlds. Philosophers such as Jurgen Habermas and Richard Rorty, assert that even truth is socially defined. As Rorty has quipped, “Truth is what you can get away with saying.” If such conceptions approximate reality, on what foundations might we be standing?

Our search for bedrock

It might be that there is no fundamental, inviolable foundation. While our physical environments operate based on the laws of physics, we nonetheless experience the world based on our interpretations. Deciphering the laws of physics helps us to understand what works and to more effectively materialize our intentions, but belief confounds a purely mechanical approach to life. Collective beliefs shape what we see, how we experience, what we envision to create.

Some beliefs better concur with laws of physics — presented to us via causal relationships — while other beliefs conflict or even contradict how this given universe operates. Nonetheless, individual and group beliefs define how humans experience the world. 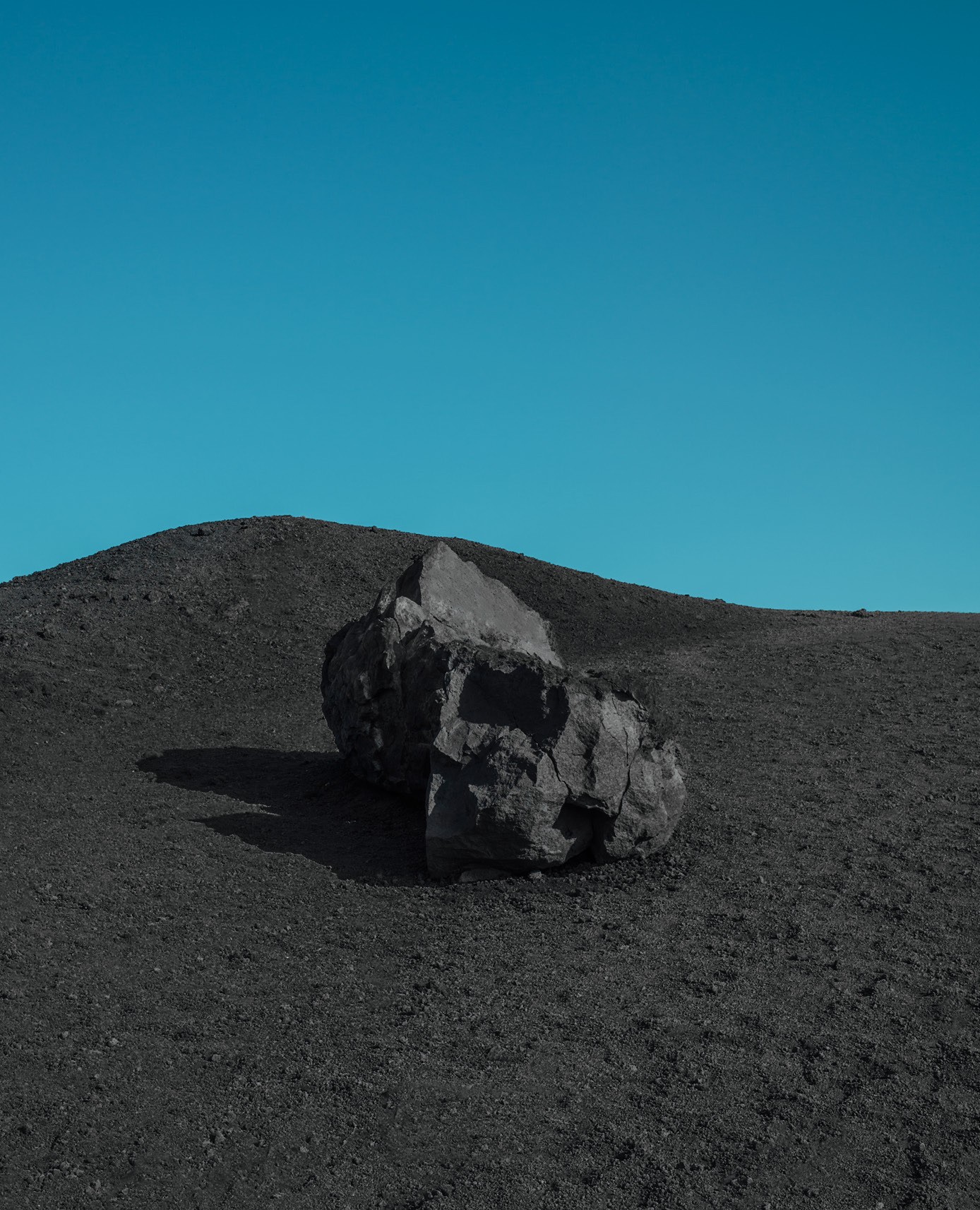 For millennia, human beings have relied on faith in higher powers, gods, and worlds beyond direct experience. Our Modern Age is the first in history where societies-at-large proceed without widespread consensus beliefs about the world beyond, without anchors of shared religion. Some retain a belief in higher powers of various sorts. Others espouse faith in not believing. Still others wander through life avoiding the questions. We look to science for answers, and it provides many — but even science falls short. Science tells us what and how, but not why. Through science alone, we wander in cold, limitless space. Within a potentially limitless void, we construct our perceptions, our truths, our lives. This is both terrifying and exhilarating.

Concurrent with this contemporary context of doubt (a condition French sociologist Émile Durkheim dubbed “anomie”) arises power beyond our most luxurious, even our most barbaric — imaginations. This is the power advanced to us by science and technology. As technology increasingly enables us to do anything — as this century it will — the question for each of us becomes: What should we do, and why? This is the most essential, wide-open question we each face, every moment of our lives.

Our near futures present us with the terrifying prospect of freedom. The latitude and liberty offered by the instrumental power of technology — the ability to exploit resources and the laws of nature to do things, to make things, to create and to destroy. To what visions will we apply such indifferent, monumental powers? To whose purposes? Purpose moves and motivates. But to accomplish significant, even monumental visions, purpose alone is not enough. Ambitious dreams require belief. Purpose without belief is thin, brittle, even cowardly. You and your compatriots will not suffer slings and arrows without authentic commitment. Sustaining, cajoling, shaming, inspiring us forward. Without belief, we might have methods, but neither means nor meaning. Perhaps it is even impossible to achieve an enormous purpose without belief. If you aspire to overcome extraordinary obstacles, to found and form new worlds, then the coin of this realm is belief.

It’s not really about solving problems, though doing so focuses our practical minds. Changing the world is also not simply comprised of facts or even the rigors of science. Witness this in fake news and irrational, destructive behaviors like the anti-vaccination movement. While facts get us closer to what actually might work, they aren’t what motivates and moves us. Too often, facts are what we seek to confirm what we already believe. Until we are shaken to the core and until the last bombs fall. Even then, belief overcomes facts and experience, for good and bad. Rising anti-Semitism i Europe and racist sentiments in the United States illustrate how quickly we forget. No, the coin of humanity is belief. Steve Jobs traded in belief. Elon Musk and Oprah Winfrey trade in belief. Corrosive authoritarian leaders worldwide traffic in beliefs. Everyone who aspires beyond the status quo lives or dies by belief — their own, and that of others. The more you aspire to scale, the wider your circles of conviction must become.

But this coin has two sides. That which generates and that which destroys — and they are of the same coin. No one illustrates conviction like the entrepreneur, though on the other side, so does the terrorist. We know they are wrong, yet they persist against all obstacles and adversity. The product of belief, regardless of fact or reason. Belief can be our salvation, or it can become the ring. Sauron’s Ring of power. The Rheingold Ring of the Nibelung. As history attests, it is as if humans require belief. Belief in something, for something, belief of some sort. It motivates and sustains us. The most outspoken atheists have in a sense converted their adamant atheism into a form of religious belief. Nihilists, conversely, arrive at their dark, resigned beliefs after earnestly seeking a bedrock of reality. Proof of life’s meaning. Via their stress and striving, they conclude they have discovered nothing. In any direction we survey, belief engenders commitment, amplifies our visions and their potential to manifest. Conviction can lead to darkness, as well as to light, transcendence, and tragedy. 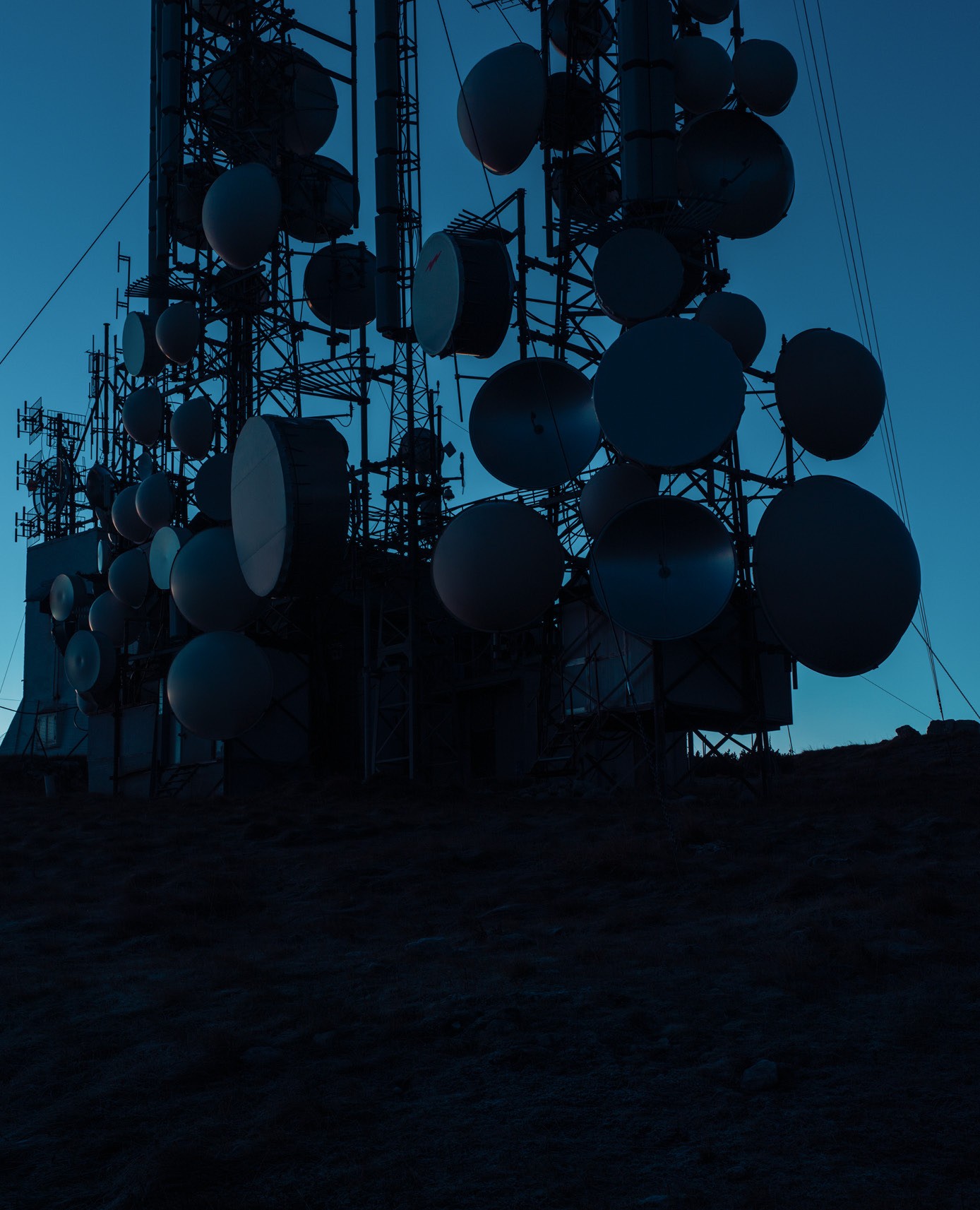 The extinction of the Easter Island Rapa Nui culture appears to represent such a mismatch between culture and external, material realities. One must imagine the inhabitants of this small, isolated island striving with all their best devices to avoid what they must have experienced as slowly unfolding, impending destruction. Beliefs that supported their survival for centuries became counterproductive, then catastrophic, as the environment transformed.

Our present journey reveals and redirects the collisions of Enlightenment and Romantic ideals of the past two centuries. German philosopher and historian Rüdiger Safranski articulated the tensions underscored by the Romantic movement as: “the larger tension between what can be imagined and what can be lived.” A prosaic answer would be to “live in the real world.” The gamut of history and the powers on our horizons invalidate such a cowardly, simplistic solution. Safranski continues: “Life is impoverished when people no longer dare to imagine anything beyond what they think they can live. And it is devastated when people insist on living an idea at any cost, including destruction and self-destruction, simply because they have imagined it.”

While we continue to face this conflict between desire and reality, the increasing malleability of lived experience promises unprecedented paths. Our world unfolding — barring annihilation — offers opportunities to overcome this tension between vision and physical world constraints. The promise of generating any imaginable lived experience — begetting both intended and unintended consequences.

We face a new Romantic ferment, with all attendant promise and peril. Voices in the technology vanguard espouse the promise of abundance — better defined as anthropic abundance — and an expanding, intensifying power, even responsibility, to vanquish all limitations to thriving. Our recent centuries of generative yet upending revolutions, punctuated by nihilistic darkness, commend both boldness and caution.

To risk is to live

There is risk in this game, but to truly live is to risk. To envision and act with purpose. Like Sisyphus, to believe you can bear the boulder up the mountain every day anew — and that it is good. Aspiring visionaries will vie for the power to define your future. Mindfully assign that right. As technology allows each of us to do anything, we likewise acquire the responsibility to determine what sorts of lives and worlds we desire to create. Visions and beliefs define the worlds in which we live, our paths to the future, even our reality. To what visions do you aspire? To what beliefs do you adhere?

In Circles, Emerson advised each of us to find and follow our individual wills rather than simply conforming or relying on the universe as received. He wrote: “The eye is the first circle; the horizon which it forms is the second, and throughout nature this primary figure is repeated without end.” 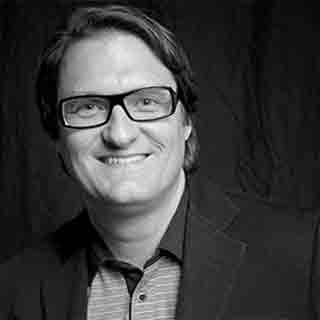