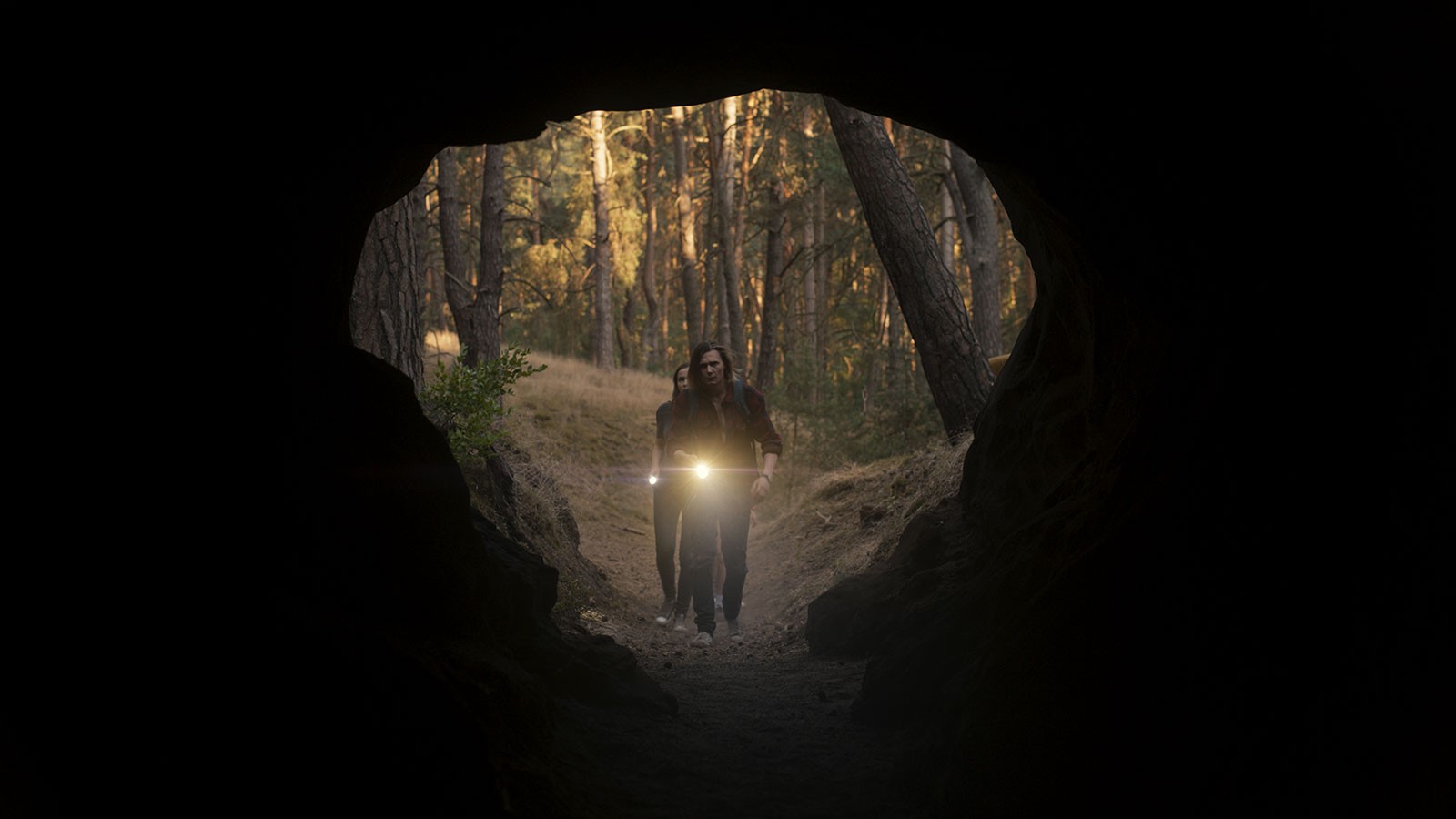 — The way we tell stories can teach us a lot about the zeitgeist of our era. What do TV series say about how we understand time?

Narration and time bending are two sides of the same coin — to some extent, we could say that one is the extension of the other: sequence, eventfulness, rhythm, and causality are all crucial narrative elements. What if, then, we took the most popular narration format of the 10’s — TV series — and looked at how they confront temporality?

The elements we’ll use for this experiment are Lost (ABC, 2004-2010), Dark (Netflix, 2017- present), The OA (Netflix, 2016-2019), and Adventure Time (Cartoon Network, 2010-2018) — four iconic series that explore the inconsistencies of time in relation to the human experience: In each of them, time is chewed, bendend, and molded, devoid of its traditional meaning, and finally brought back to the viewer through narration.

There’s an aspect to TV series that question time itself: They seem to both answer a human need for an ideological belief, and echo an existential question — what are we, outside of our story? Outside of our time? In his book Sculpting in Time, Russian director Andrei Tarkovsky argues that our moral identities are built within time and destroyed by death, because the life (time) of someone who dies becomes inaccessible to those who survive. “Time is what constitutes the conditions for the “I” to exist,” writes Tarkovskij.

Therefore, time as we experience it is mostly a narration that has to constantly deal with existence as an absurd, but undeniable fact. And out of time constraints we have no bonds with a shared morality; out to time, and out of narration, we go insane. This concept is perfectly embodied by the character Desmond Hume, in Lost. The island where Hume lives, and where Oceanic Airlines flight 815 crashed at the beginning of the series, doesn’t exist on any map, doesn’t seem to answer to basic laws of nature (a polar bear in the middle of the jungle?) and, more importantly, doesn’t respond to the laws of physics. There, time is messed up, and so is space. 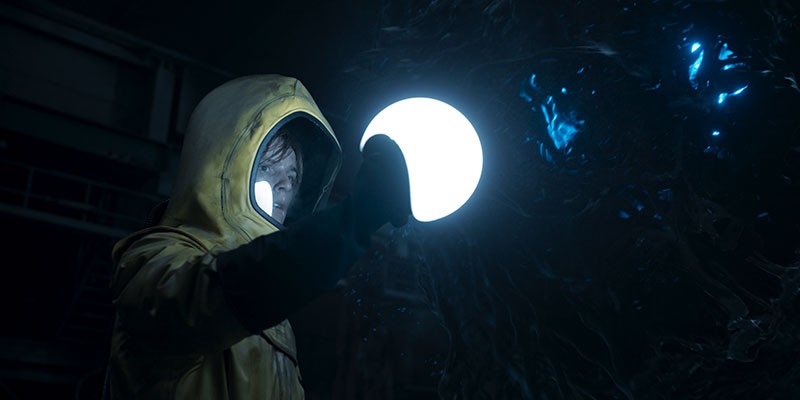 The island is a conundrum, a paradox that causes insanity. Which is precisely what happens to Hume in the fifth episode of season 4, “The Constant,” when he begins experiencing strange flashback. His mind, his consciousness, starts travelling through time, as a side effect of overexposure to the island’s extreme electromagnetism. Before Hume’s brain melts from the stress of having no time boundaries, he needs to find a constant that exists in both of his realities. It is something that he deeply cares about. It’s something that he knows. It’s something that can tell his story for him, ultimately keeping him anchored to the series’ narrative thread. That constant is Hume’s lover, Penelope, who will wait eight years for a phone call, accepting to believe an idea that is completely absurd, out of love.

Something similar happens in The OA — a Netflix original series about death and different dimensions written and directed by Brit Marling and Zal Batmanglij. The OA opens with a mysterious young woman named Prairie Johnson, who one day disappears only to reappear out of thin air seven years later — the problem is, when she went missing she was blind, but when she comes back she can see. Later in the episode, Johnson befriends a group of people and rounds them up in an abandoned house, asking them to help her save other missing people through a portal to another dimension. When the characters manage to jump “out of their time” to travel to another reality, their identities are preserved because each of them remembers the others: they know they’ve just travelled, they recognize each other as guests in the new timeline, because they share the memories of the previous one. A shared madness — they all end up in a mental facility — becomes their truth. The only character who can’t seem to awaken his previous self has to wait for his true love to call for him.

Another illustrative (but gloomy) example of the connection between narration and insanity, is provided by Dark — the first Netflix original series produced in Germany and co-created by Baran bo Odar and Jantje Friese, that explores the relationships between four families in a small German nuclear town, where a young boy has suddenly disappeared. When Ulrich Nielsen — the father of the missing boy — tries to go back to the 1980s to find his son, he actually ends up in the 1950s, where no one knows him or believes his story, so he’s put in an asylum. Meanwhile, his son Mikkel, who grew up in the ‘80s as Michael Kahnwald, snaps and commits suicide the day his young self disappears again in the present. Fair warning: There’s a twist; but, still, for most of the show Mikkel is mentally scattered: His life is a paradox, precisely because his story doesn’t obey time constraints. 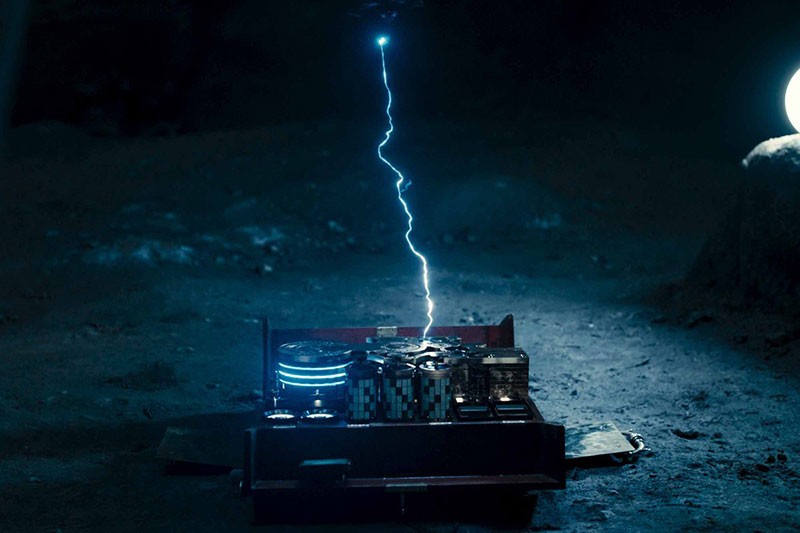 Interestingly, Dark is also the series where ideology is more explicitly represented: There’s a religious cult, guided by the mysterious figure of Adam, who declares the ultimate war on time, because “God is nothing more than time itself. Not a thinking, acting entity. A physical law, with which one can negotiate as little as one can with one's own fate. God is time. And time is not merciful.” Adam echoes the Greek definition of time, represented as the pre-olympic god Chronos: someone who devours whatever he creates. But by trying to destroy the quintessential ideology (God), he’s creating another one which traps Dark’s characters in inescapable loops.

The greatest narrations of humanity’s history have been religious and political ideologies — sets of normative beliefs that people would subscribe to without awareness. When television became widespread, it offered a new form of ideological belief, much more subtle and flexible than any holy war or social revolt, and it began serving a new mass since its first appearance in our lives. Some of us would schedule our lives around it, and look for answers inside it; for some, whatever television would say was unquestioned and unquestionable — as the words of a priest would be. When TV series came, they implemented the last missing piece of the picture: the epic tales we need to experience the cathartic process of emotional involvement. TV series are the object that can do the praying for us — to which we can delegate our “duty of compassion for the heroes,” as slovenian philosopher Slavoj Žižek writes in his book The Sublime Object of Ideology. Because a good story can help us forget the unbearable suspicion that nothing makes sense.

Many series have such a devoted following that they could be compared to a religious movement. People may get tattoos of or name their children after their most beloved characters, they might gather online to discuss the latest episode like worshipers in a church. Series are, more than any other media, a new mythology for us, a new book of saints. But Lost, Dark, and The OA, bring something more to the table: A self-reflecting question. What is the point of a story, if no one believes it? What happens to time, when no one can access it, and remember it?

Lost is a phenomena not only because it brought to TV the most unrepentant of cliffhangers. It presented a mystery and declared it unsolvable — the only possibility was to live through it with someone else.

Dark resembles a Sophoclean tragedy: like Oedipus — who fulfills the prophecy of killing his father and marrying his mother exactly by trying to avoid it — young Jonas can’t escape falling for his aunt and killing his own father. Because people trapped in a loop will inevitably keep committing the same errors, no matter how well they think they know their future and past. Dark showcases a time paradox as a matter of disconnection between people: anything unsolved in the past — a memory no one listened to — will haunt the bearer of the secret in the present or future. 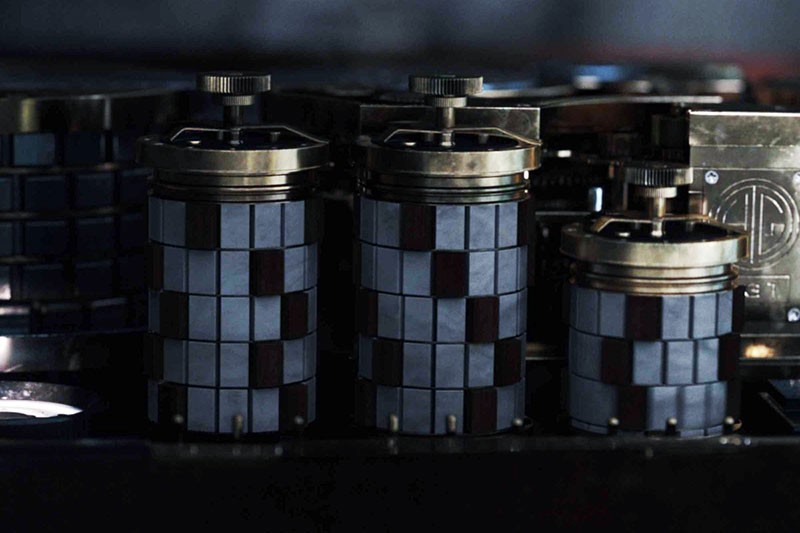 For the first 57 minutes of The OA, no one knows what Prairie Johnson has been through. We know she’s not well, possibly delusional. But when she gathers her new friends and finally starts telling her story, only then do the opening credits start to roll. The series is going meta here: Johnson tells her story to her audience asking them to believe her, unconditionally, and so we, too, the viewers, must.

In their belief, the characters of The OA find a higher purpose: in a sense, they manage to prove Tarkovsky’s definition of time wrong: death doesn’t erase their memory of each other because death is just a part of a bigger journey for their conscience. Like in Lost, the human inability to “go back” is addressed in all of its agony. Once the characters in The OA die, there’s no bringing them back. But there’s a hack to send people forward, to another dimension, to another life. It’s a routine millions of people around the world have learned by watching the show and have then, interestingly, performed themselves in real life, like a ritual, when the series was cancelled by Netflix in 2019.

Again, a similarly meta message is hidden in the finale of Adventure Time, an animated series aired on Cartoon Network from 2010 to 2018. While everyone is fighting the Great Gum War and the malevolent deity GOLB, BMO — a little computer with a personality and a passion for bedtime stories — starts singing a song to comfort Jake the dog. The song is titled Time Adventure as both a wordplay on the title of the series, and a deeper reference to the fact that its whole story is an adventure of time — as Finn and Jake’s quests have lasted as long as the most epic of myths. While the series had to end, their adventures will always be there, will always be “back then,” for characters and the viewers they will keep happening, stored in tales that everyone will share, because memory is the only avenue that helps us make sense of time, and life. It’s a song of acceptance: both of the possible imminent death of the characters in the war, and the sure ending of Adventure Time.

TV series that question time and therefore investigate the function of narration are more than the new mass, that television, and any other form of contemporary entertainment, has represented in the last decades. They are the priest that looks at himself and finds a doubt, instead of an answer for his devotees. Can you believe this story? What are we, outside of this story? Outside of this time?