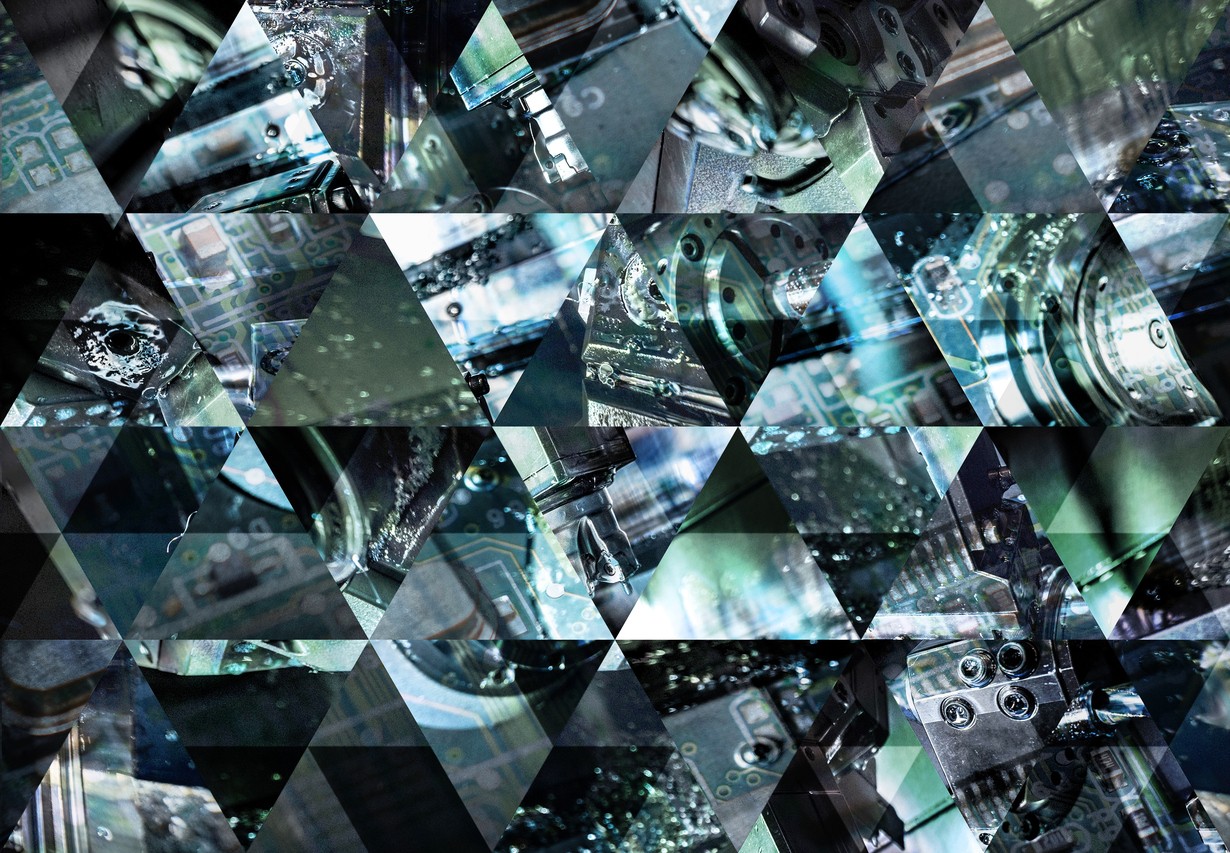 — Some call it Advanced Manufacturing, others prefer Smart Manufacturing or even Industry 4.0. The ways we refer to the impact of the Fourth Industrial Revolution on the manufacturing sector are as abundant as the technological drivers which drive it.

The process that the German government in its Industry 4.0 plan defined as the “computerisation and digitalisation of manufacturing”, is now in full swing. Data of course plays a fundamental role in this plan, as it does in almost every facet of our lives today, and is collected by increasingly-interconnected machines, sensors and workers throughout the product life-cycle. This data is then read and analysed by AI and combined with high precision tools which allow the streamlining, synchronisation and optimisation of the entire industrial process, thus bringing production and sales ever-closer and mitigating unnecessary costs.

The first companies to heavily invest in Advanced Manufacturing were a few of the world’s tech giants who had the economic power and size to easily recoup the costs. In 2012, for example, GE made a $1.5 billion investment in R&D, and it is heavyweight companies such as these (Cisco, IBM and BMW) that have led the way. Leading to many companies following and contributing to a world that is centred on specific solutions to specific needs. This in turn facilitated the creation of hundreds of startups which acted as catalysts of new investments. As CBS Insight reports, in 2016 the digitisation industry attracted around $2.2 billion but, according to the International Data Corporation, in 2018 worldwide spending on Industrial Internet of Things (IIoT, a very promising IoT sub-sector) will amount to $772.5 billion and is expected to reach $1.1 trillion by the year 2021.

Money well spent since, according to a Capgemini report, smart factories could add from $500 billion to $1.5 trillion in added value to the world economy over the next five years. Firms which transform their factories into “smart factories” are seeing a steep rise in both the on-time delivery of the finished products as well as in quality (by thirteen-fold and twelve-fold respectively) compared to the average yearly rate of improvement since 1990. Overall productivity is reported to improve ninefold and labor costs to decrease sevenfold, (also in comparison with the post-1990 yearly rate of growth).

A case in point of how a data-driven culture can bring remarkable boons to a company’s performance is the tire-making giant Pirelli. The group closed 2017 with €5.35 billion in revenue (+7.6% year on year), a spectacular rise in its net profit (+60%) and an equally astonishing reduction of its net financial debt (from €4.9 to €3.2 billion). These results would have been impossible without the help of Advanced Manufacturing, which resulted in a 500 strong unit established in 2016 charged with digitising Pirelli’s operations. “Every tire implies the successful outcome of about one hundred processes with a total of 100,000 information items. As you can easily imagine, the risks of variability within such a complex process generate costs that should be reduced to a minimum”, Richard Allbert, Head of Smart Manufacturing Pirelli, told Morningfuture. Advanced Manufacturing then, is the culmination of numerous processes, and has only recently enabled due to improvements in machine learning, sensors and more.

But it isn’t all peaches and dandelions, and the aforementioned Capgemini report found that only 6% of the manufacturers surveyed are “digital masters” (firms that score high on both dimensions of digital and transformation management intensity). Advanced Manufacturing then, can be hindered due to inner organisational-cultural bottlenecks. Several studies have shown that there is a distinct lack of digital culture both within companies and society at large.

Culturally, a 2016 PWC report pointed out that the absence of a digital culture and adequate training was the top challenge for more companies than any other when it came to the the adoption of Industry 4.0. The same companies were also the ones investing increasing portions of their budgets into IIoT technologies. However the authors go on to state that “Digital IQ emphasises that while investing in the right technologies is important, ultimately success or failure will depend not on specific sensors, algorithms or analytics programs, but on a broader range of people-focused factors”, suggesting that without a human focus, the strategy is shortsighted. 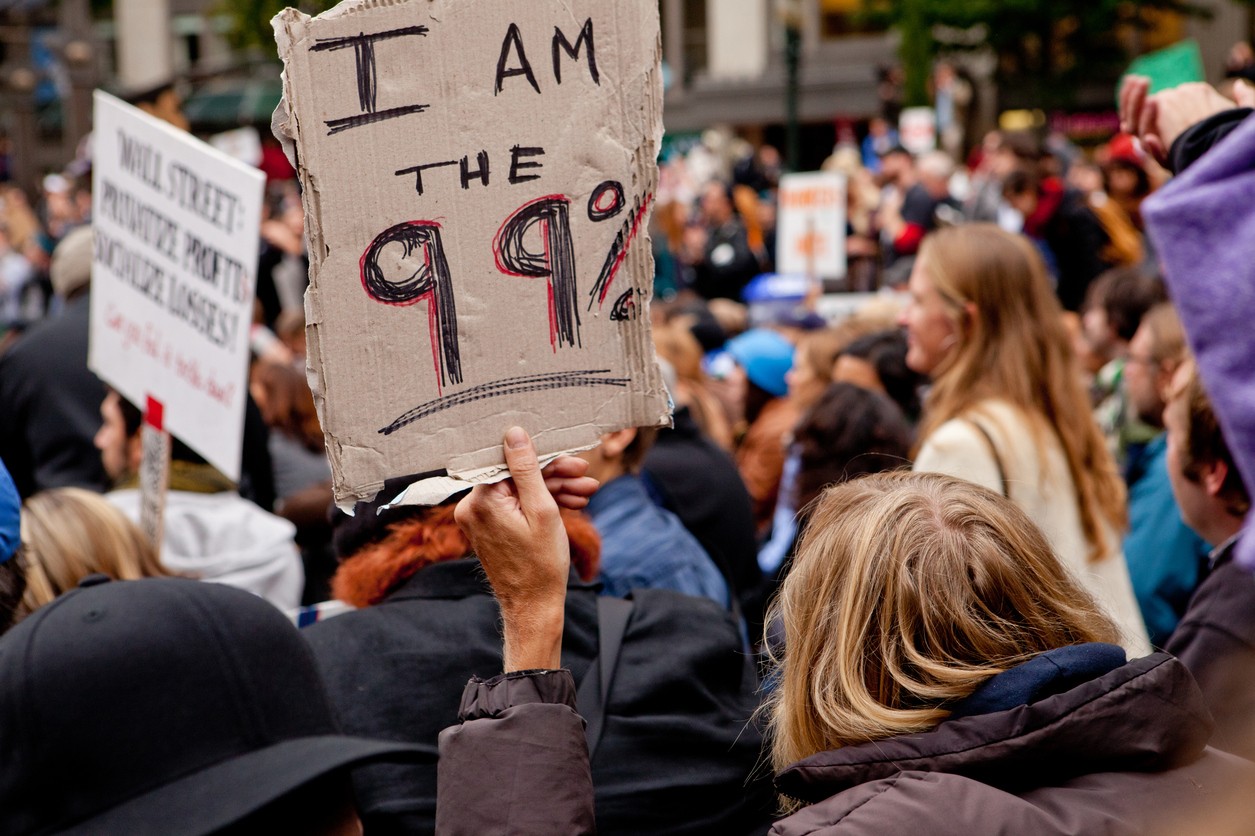 The World Economic Forum reports that Industry 4.0 has the potential to increase global inequality.

To switch to a data-driven culture a company must have people, especially amongst its upper ranks, who embrace this culture first. A new position, Chief Data Officer, must first be added to the board, and will work closely with the Chief Technology Officer — who may not be happy with the perceived competition . “The reason for their criticism doesn’t come from a mistrust in data, but more from the notion that most CTO’s are unable to see the ROI of becoming data-driven, let alone introducing a new executive member who is fully responsible for data”.

Furthermore, many companies failed to understand that being data-driven doesn’t simply mean amassing data or hiring an army of data analysts, data engineers and data scientists. Before any of this, a strategy is needed. Going back to Pirelli’s success story, “Initially we made many mistakes, the first of which was to accumulate an enormous amount of data to which, however, we could not give any value. Digital alone is not enough, we also want a transformation that creates added value for the company: but if you want to initiate this process then creativity is needed”. Since then, the company has gone on to develop 70 apps. Managers first have to be creative; they have to change their mindset, avoid repetitive schemes and accept the idea that data should determine any decision concerning technology.

But once the mindset problem is solved and a digital strategy has been developed, there is another big issue to face: the skills gap. The skills gap is the space between the skills required to perform a particular job and the number of employees and candidates qualified for the job. This gap is growing at an alarming rate, and the UK Commission for Employment and Skills has found that some employers are experiencing significant difficulties in hiring highly skilled professionals — a worrying 19% of advanced manufacturing employers reported such gaps.

The same is happening in Germany, the most automated country in Europe, where — as MIT Technology Review recently wrote — many experts believe that it won’t be long before German workers will see their skills outdated. Vocational programs aren’t keeping pace with a world economy that is increasingly dependent on AI and robotics. Deutsche Welle reports that the research institute Prognos believes that by 2030, Germany will be lacking around 3 million skilled workers (3.3 million by 2040). The United States is in the same quagmire and, according to a study by Deloitte and the Institute of Manufacturing, around 3.4 million jobs will need to be created over the course of the next decade to accommodate a growing manufacturing demand, 2 million of which will be unfilled due to the skills gap.

Advanced Manufacturing then, is based on technological advances but it cannot be reduced to simply that. Culture counts as much as sensors and devices and a future in Industry 4.0 requires a cultural leap for both companies and governments. Companies have to embrace digital culture, innovate their internal processes and challenge themselves even before obtaining the right hardware, software and experts. It is essential to build a framework in which business can grow by completely rethinking the educational system in order to reduce the growing skills gap.

More importantly, companies must make significant investments to retrain and assist those at risk of losing their jobs. The World Economic Forum wrote that, “As the costs of deploying technology continue to fall, international differentials in labor costs will no longer be a decisive factor in choosing the location of production”. Wages won’t be a decisive factor because manufacturing will be less and less labor intensive: fewer workers will be needed.

The supply chain itself is a melting pot of other difficulties. To fully grasp the advantages of Industry 4.0 — in terms of efficiency, cost reduction and the optimization of process — a company must make significant investments and hope that all of the supply chain’s individual segments (from training to production) work together in sync and guarantee that the rejuvenation effort is successful.

MIT Technology Review posed the most important question: Can all of these new technologies “spread prosperity to the population at large, or will they just concentrate the wealth among entrepreneurs, investors, and some highly skilled tech workers?”. Both outcomes are possible, but it is up to the businesses themselves to ensure that they are guaranteeing their employees adequate training to equip them with the skills to remain relevant in the years to come.