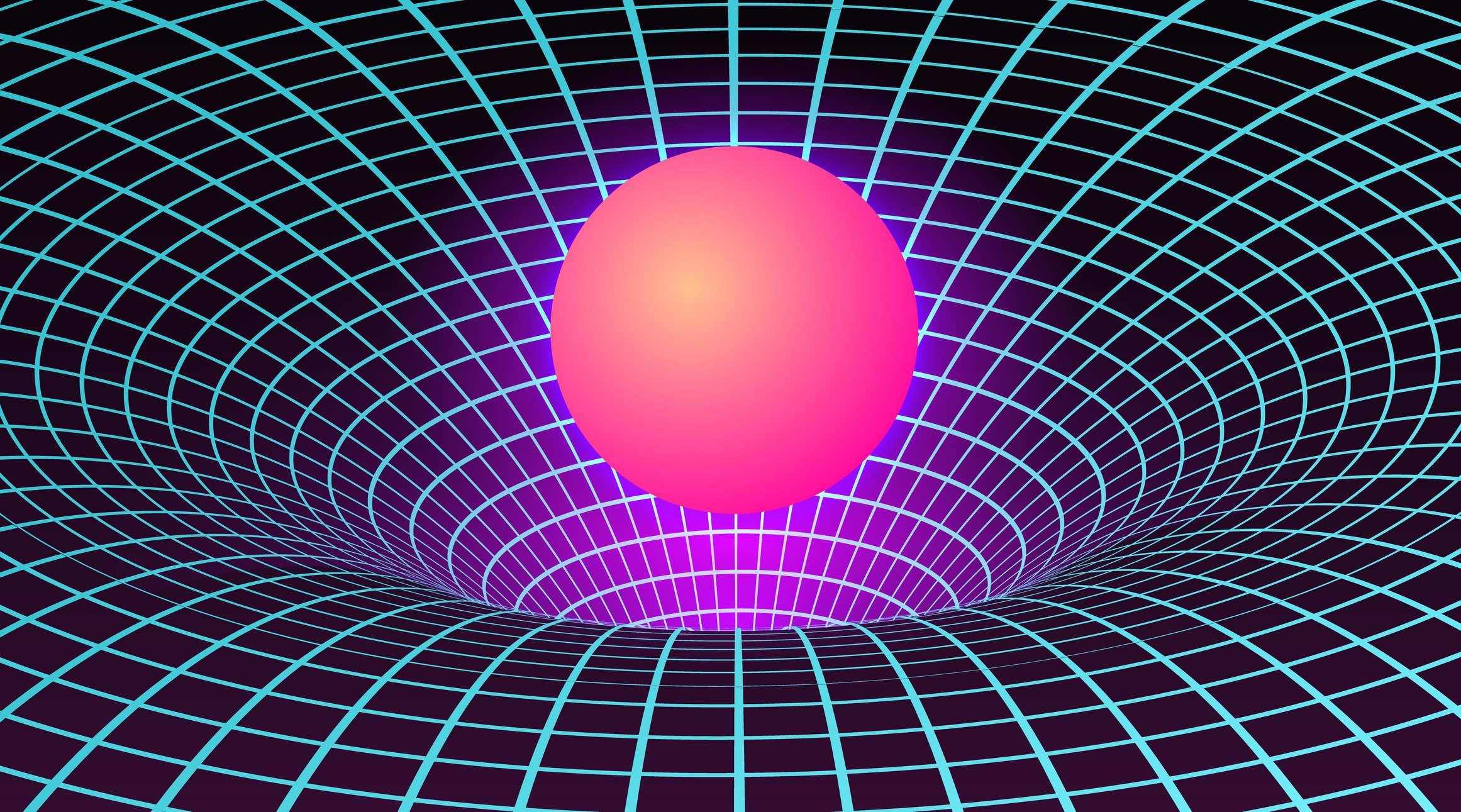 “He gets three minutes” — said Carlo de Benedetti, and he really didn't know what the hippie from the Western United States who showed up at his office wanted from him. The American's wooden model of a PC didn't seem convincing, and it didn't take much longer than tre minuti to figure out that this was another crackpot fantasizing about some kind of technical revolution.

L´ingegnere, the engineer, De Benedetti, was someone who knew his technical field. That's what it was called at the time by the man who was also the boss of Olivetti — which was back in the day one of the most important office machine manufacturers. At that time, any professional, whether a journalist, or an advertiser, had an Olivetti typewriter in his office. Maybe Steve Jobs, the hippie from California, wasn't a good salesman back then, the situation might have been difficult, but in any case, it's an archetypal situation — we can learn something from it. The young dropout tried to teach an established engineer about the future of technology. The boy taught the old man. The new idea met old structures.

We are dealing with one of humanity’s oldest problems. Twelve-year-old Jesus taught scribes in the temple and it took almost 20 years until he found followers and triggered a movement, and another 300 years until his idea became a state religion. More often than not, revolutions are slow because revolutions are built on evolutionary processes.

But let's resolve the archetypal situation by replacing the terms. We call the old engineer ‘industry,’ ‘corporation,’ ‘committee,’ or ‘boss’. We replace the young ‘Jesus Jobs’ with innovators, founders, or — just — weirdos. Let's briefly put ourselves in the shoes of the old. We are all very good at something, we know how it works and we are annoyed by things that interfere with it. We all are L´ingegnere. Those who are familiar with 12-cylinder sports engines are annoyed by inferior gasoline and perhaps also by electric motors, which don't need gasoline at all, but develop as much power as the twelve-headed goddess. If it bothers you that only the dishwasher is wrongly positioned, what provocation must it be if an innovation endangers your own economic existence?

And the old are usually right: never change a winning team. The young Steve Jobs was no disruptive genius. Well, he stole Douglas Engelbart's idea during a visit to Querox Park to control complex programs with a simple, so-called graphical user interface. But Bill Gates had seen and understood this solution at about the same time. The first digital revolution was via Gates, Dell, and their friends at Intel. Apple, the computer company that Jobs founded, was as good as broke in the mid-1990s and it was the reinvention of ubiquitous computing in the form of mobile devices in 2007 that made Apple what it is today.

Individual ignorance creates collective failure. This applies to a company the same way that it applies to a state. We must ask ourselves how to prevent failure and what success can be. My thesis is that it is about learning and is dispositive. That sounds difficult, but in reality, it is simple.

Ignorance is the absence of knowledge, not information. Young Steve probably gave the engineer all of the information that he needed to make his decision. However, he obviously failed in translating this information into his context in such a way that it could become his own knowledge. Our assumption that the “three minutes” were not enough to transform information into knowledge is obvious. On the other hand, we often must deal with the same effect on information that has been available for a long time. We collectively know that the carbon age is finite. Only recently, however, have collectives addressed how we will replace these energy sources.

Not surprisingly, it seems that the eschatologically-influenced end-of-time mood emanates from the Western World. The combination of CO2 emissions and blaming it for climate change, and mankind’s survival, is a construction that is exclusively possible in an occidental moral context. The realization that these are now factual connections, and not ideology or religion, is not suitable as a counterargument. After all, even in religious or ideological contexts these are nothing less than facts. In functioning religions, God-willing law is a fact, and the existence of God is the greatest existing fact. Since we have added logic to our magical technologies, the world has changed, but not our truth systems.

Universities are places of learning and therefore places of innovation: in brief, they are institutions that produce new knowledge from information. This is only to a lesser extent since young people learn about the latest scientific findings. It is true that at universities lay people become engineers. But that is also true of academies. Universities are characterized by the fact that engineers become learners again. Engineers become doctors and this is essential for the university, because this time the professors learn from their doctoral students. If we sometimes talk scornfully about the fact that young scientists are responsible for most innovations at universities, this is a truth which can hardly be refuted. However, this is precisely the strength of the system. While in the Confucian educational system students had to be just as knowledgeable and clever as their teachers, the occidental system is almost the opposite.

In Western universities, the concept of innovation — a new idea that goes beyond familiar doctrine — is a constitutive component of education. A student must be as smart as their professor and he or she must go beyond this knowledge in their dissertation. This is the inner constitution of a doctoral thesis in the occidental academic world. The boy teaches the old man. The old professor provides the frame. He provides the methodical tools, names the range of topics, and assigns preliminary work. The new does not emerge without this context and without this knowledge. There is no contract for this, their cooperation is pure ethos.

What manifests in the academic world is at the core of Western technical dominance in global competition. The internal structures of our so-called world market leaders are therefore, coincidentally, similar to the concept of the university. The fact that those involved are not doctoral students or professors is irrelevant. Successful companies often describe themselves as knowledge-driven, fascinated by topics, curious, and guided by an ethos of knowledge exchange that is constitutive for Western universities. You don’t often find repetition among such companies. To repeat oneself means boredom, to make what’s new, better, again and again, is misunderstood by outsiders as an attachment to the old, for the members of these expert systems know that it’s instead more about competition and satisfaction.

For a company in a global or local market, it is of central importance to maintain the innovation cycle. New ideas must find their way into the system, or remain in our diction, so that the old can learn from the young. There are many indications that our old tools are no longer working, that states are no longer in a position to comprehend technological developments and create instructive narratives.

But first; politics must form the framework and that means two things. The first is to guarantee internal freedom. Thematic orientation goes hand-in-hand with the independence of implementation. Deadlines are an incentive for craftsmanship, in the production of knowledge they are lines of dead meaning. From the outside, frames provide a place for our activities. They indicate meaning and direction, divide concepts that organize and establish connections — they bundle these individual efforts and only in this way do they create a dynamic momentum for a collective investment in the future. Secondly, therefore, forming a framework means guaranteeing freedom to the outside world.

In the past, collective goals were often murderous and yet supported by broad strata. Two successful attempts by Germany to bring collective misfortune over its neighbors have driven out our will and ambition to speak out against collective mobilizations. Meanwhile, we have discovered that community projects do not have to lead exclusively to murder and manslaughter. Rather, we should look at how the collectivized ambition of a young society could be guided into a future that is worth living. We see in Germany, and this seems transferable to the whole continent: there are no collective objectives.

The objection that preventing global climate change is a collective goal is only partially true. There are numerous indications that the political goal of reducing CO2 emissions and preventing global warming seems to be a broadly shared desire, but not a collective goal. After all, only 12 percent of the German population say that they would be prepared to forego air travel to save the environment. Yet, this fundamental commitment does not mean that they will do it. Helpless commitments to electromobility do not mean much more than the replacement of a two-ton city SUV with an electrically-powered SUV that weighs 20 percent more and releases as much CO2 as 200,000 kilometers of diesel-powered travel during the production of its lithium-ion battery. Moreover, it would be negligent to believe that images of landscapes devastated by degraded lithium-ion batteries have not entered our collective memory.

Europe has a 70-year history of taking over technological narratives from the US-American echo chamber. The replacement of humans by mechanical workers — which we still call robots — is one of them, the replacement of natural intelligence by artificial intelligence is another. These two disruptive technological developments are usually presented as a kind of Aristotelian future, according to which work has never been humane. What is usually not explicitly mentioned is the expectation that the operating systems of these new technologies will again be US-American. Control over work in this non-working world would lie among the authors of the electronic DNA of these systems, as was the case with the first four generations of digitization. Sci-Fi narratives about our future should encourage even stubborn lovers of this kind of literature to critically appreciate them. This should be done bearing in mind the comparable explosive power of autonomy movements in digital and fiscal worlds.

When it comes to discussing the automobile, which is like a robot, it would be obvious to think that this would be a catch-up, which in Europe has proved to be a fixed factor in its infrastructure. In the United States, where its railway infrastructure was consistently deconstructed from the 1930s onwards, cars are an important pillar of mobility, as in Europe even after the Second World War. And while we speculate as to when an autonomous automobile will navigate a snowy and dark Alpine road, we might consider whether semi-autonomous driving has long since been invented. If 300 passengers in a regional train already need only one driver, then driving with a three-hundredth of a driver on the road is still a complete utopia. On the Rails, semi-autonomous driving Is a Reality.

We need technological literacy, or in other words, we need to relearn what technologies really mean beyond a strategic narrative. If we are looking for a task that supports our society as a whole, we should not only rely on our guilty consciences. What the Catholic Church masterfully orchestrated for centuries, is proving to be insufficient and uninspiring motivation in our reality. From a moral construct I get power relations, but I do not create a vision that carries into the future.

Independence from criminal states and corrupt power elites, and security from drying up our energy — which makes our luxurious life possible in the first place — are narratives to which we could collectively dedicate ourselves. A plan to save our rich lives can at the same time, as a side effect, rescue us from climate catastrophe. 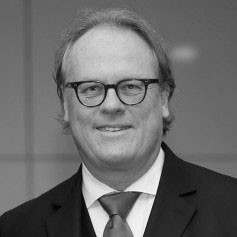 Rector of the Salzburg University of Applied Sciences, Austria

Reflecting upon the Afterwords journey