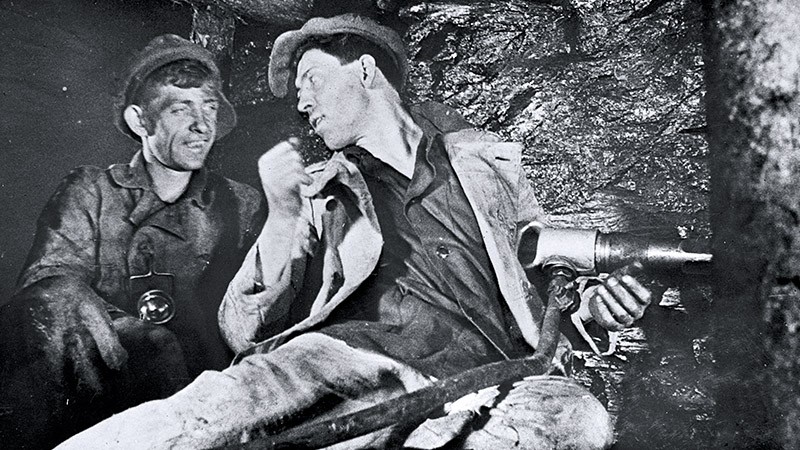 — From Alexei Stakhanov to Elon Musk, some people are particularly keen on the type of workaholism that hustle culture perpetuates. It’s all about how “busy” they are — how many projects they’re juggling at the same time. Hustle culture has become the standard for many to gauge productivity and performance.

Hustle culture is a trend where people believe that the most important aspect of life is to achieve professional goals by relentlessly and continuously working hard. Any chance of self-fulfillment depends on the grind and personal sacrifice. And the hustler has to sacrifice a lot, almost everything. They have no personal life, they barely enjoy anything. Their days are a long list of chores and choices all geared towards career advancement. Even leisure activities like meditation and yoga or travel have a professional dimension since they are meant to heighten physical stamina and attention spans. Unfortunately, it leads instead to exhaustion and burnout.

Hustle culture seems nothing more than a hyped-up version of workaholism, another condition which is seriously affecting Western society. In fact, these phenomena share some similarities. For example, both have been caused by technological progress which has blurred the lines between our working and private lives. Emails can be checked everywhere, documents can be sent anytime and any call has to be answered, no matter how late it is. But the differences are far more profound. For a start, whereas the former has been widely researched since the term “workaholism” was coined in 1971, the latter is a lesser-known and more recent phenomenon. It spread among millennials who soon got used to sleepless nights studying during their college years and brought this habit to their workplaces.

More importantly, hustle culture’s roots lay in the last tech revolution and in the tech community, which actively promoted this way of life based on an almost masochistic working ethic. Many successful entrepreneurs exposed their hundreds of thousands (sometimes millions) of followers to an unrelenting communication celebrating working time as a sort of liberation (does it remind you of something?). Many people just gawked when they stumbled upon the popular hashtag #thankgoditsmonday — a way to say that Sunday’s despicable idleness was finally over.

One of the patrons of the TGIM movement is SpaceX and Tesla founder, Elon Musk (28 million followers on Twitter), who tweets aphorisms like “No one ever changed the world on 40 hours a week,” and who recommends reaching an 80 hours/week threshold, possibly “peaking at 100.” But Musk’s stakhanovism is just mild, compared to that of former Yahoo CEO, Marissa Mayer, who in 2016 confessed to Bloomberg that she was working 130 hours a week, which means 18.5 hours a day, Sundays included. Although it is barely believable, no one questioned the figure she gave nor contested it even from an economic point of view: in fact, economically speaking, procedures work well until someone consumes what someone else has produced. A society of non-stop producers wouldn’t last a day.

But in many people’s views, hustling is inherently heroic. The hustler is not seen as an unhappy, disconnected person who is close to burnout, but as someone who is challenging himself/herself. And the advertising industry — which is where hustle culture has become a dominant force — is doing its best to persuade people that toiling away at something is the only action that really matters. In part, it is understandable: creative agencies charge their clients hourly. The more time spent on a project, the bigger the bill, so agencies will hire candidates whose resumes have a “side hustle” as evidence, to encourage their employees to outwork each other. But this unflattering circumstance of the “side hustle” is often forgotten.

At the 2018 Cannes Lions Festival of Creativity, the Grind was king. Medialink CEO, Michael Kassan, gave a speech called The Art of Hustle. At the same event, panelists, including Arianna Huffington and philosopher Alain de Botton, explained that creativity requires suffering. De Botton is the thinker who gave a philosophical backbone to hustle culture by saying that “There is a real relationship between the capacity to endure suffering and the capacity to do great things”.

The economy of hustling

Hustle has become a logo printed on hats, t-shirts, bags, and mugs, and many companies invested in its promotion. For example, Nike launched an ad called Rise and Grind, which is, coincidentally also the title of a book by entrepreneur and Shark Tank investor John Daymond. In his subtitle, Daymond juiced up his philosophy: Outperform, Outwork, and Outhustle Your Way to a More Successful and Rewarding Life. If the hustle culture is going mainstream it is also thanks to companies like WeWork, “the Starbucks of office culture,” as the New York Times wrote. WeWork is a company valued at around 47 billion dollars, which is exporting “its brand of performative workaholism to 27 countries, with 400,000 tenants, including workers from 30 percent of Global Fortune 500 companies. In January 2019, Fast Company reported that, through a partnership with Japanese Softbank, WeWork was ready to change skin, expand its business scope, and rebrand. “The We Company will be comprised of three main business units: WeWork, its main office business; WeLive, a fledgling residential unit; and WeGrow, a still-evolving business that currently includes an elementary school and a coding academy.” More than a place to rent desks, the company aims to encompass all aspects of people’s lives, in the physical and digital worlds, the magazine wrote.

Spreading hustle culture is the goal of a daily newsletter like “The Hustle,” or of a content company like One37pm, which was founded by Gary Vaynerchuk, whose Vayner Media and Vayner Productions won one of the 4 Lions awards at Cannes in 2019. Vaynerchuk is a poster child for the grind: if hustle culture is a religion, he is its prophet. This entrepreneur, YouTuber, writer, and Internet celebrity divulges Hustle Porn whenever he can. Some of his quotes are particularly deserving: “The reason that I’m speaking to you is that I’ve worked harder than you. I have a lot of talent, but I think a lot of people do: What I’m completely convinced of is that I don’t think people can outwork me. My hustle is better than everybody else’s, so I have to bet on it. I bet on my strengths.” Vaynerchuk has 6.5 million followers on Instagram and almost 2 million on Twitter who enthusiastically applaud him.

The role of social media should not be overlooked since it is another major difference between workaholism and hustle culture. In fact, workaholics don’t belong to a tribe. Their obsession with work is an inner attitude, and is not shared, nor advertised. On the contrary, hustlers feel a natural inclination to brag and gloat about their workloads.They need to tell the world how much they’re doing and how relentlessly they’re working, which is a bit incoherent: if you are really so busy, you shouldn’t waste your time by posting pictures and comments on social media. But the hustle culture is a (social) media thing where public image counts more than logic: Hustlers keep their chins up and never spread themselves thin.

But who is going to profit from such a trend? The New York Times posed this question and tried to answer it: “It’s not difficult to view hustle culture as a swindle. After all, convincing a generation of workers to beaver away is convenient for those at the top. Basecamp’s founder, David Heinemeier, went even further: “The vast majority of people beating the drums of hustle-mania are not the people doing the actual work. They’re the managers, financiers, and owners.” Heinemeier is among the businessmen who are trying to spread a different and healthier company culture. He also wrote a book, It Doesn’t Have to be Crazy at Work, which is a sort of anti-hustle porn manifesto.

The dark side of hustle culture

In the meantime, workaholism and hustle culture are taking their toll on people. In the UK, according to the Health and Safety Executive, 595,000 workers suffer from work-related stress, anxiety, and depression, resulting in the loss of 15.4 million working days. In the US, the situation seems almost out of control, at least according to management guru Jeffrey Pfeffer, author of Dying for a Paycheck: How Modern Management Harms Employee Health and Company Performance — and What We Can Do About It (2018), a straightforward account and accusation against the American system, where work has become the fifth leading cause of death: “In total, workplace environments in the United States may be responsible for 120,000 excess deaths per year,” he writes, “accounting for about 180 billion dollars in additional healthcare expenses, approximately 8% of the total healthcare spending.” A recent survey conducted by One Poll on 2,000 employees found that 48% of Americans consider themselves workaholics, with 58% confessing to checking email from bed and 22% doing the same even in the middle of the night. In Japan, the “Karoshi,” has been coined to mean death from work-related heart attacks, strokes, and suicides.

Work can make you and work can break you. Among work’s long-term serious consequences are anxiety, depression, decreased social life, insomnia, marital problems, pain and illness, sleep disturbance, and stress. In May 2019, the UN’s World Health Organization included burnout in the International Classification of Diseases (ICD-11, an occupational phenomenon and not a medical condition). Moreover, there is a growing awareness that overwork can kill a person or ruin their life.

Those who wake up before it’s too late can count on specialized clinics which are mushrooming everywhere. Thailand’s The Dawn, is led by behavioral expert, David Smallwood. It takes care of bankers, brokers, managers, and other “top-of-the-chain” white-collar workers from Hong Kong, Singapore, Thailand, Australia, and the UK, who are on the verge of physical and mental exhaustion. The treatment is heavy doses of mindfulness, pilates, and yoga, in a luxury resort-like center at a cost of around 6,000 dollars for 28-day stay. Maybe it’s a bit expensive, but it’s a small price to pay for someone to get their life back. Those who can’t afford The Dawn might think of a Tears for Fears chorus before getting into the grind: “This is the working hour. We are paid by those who learn by our mistakes.” 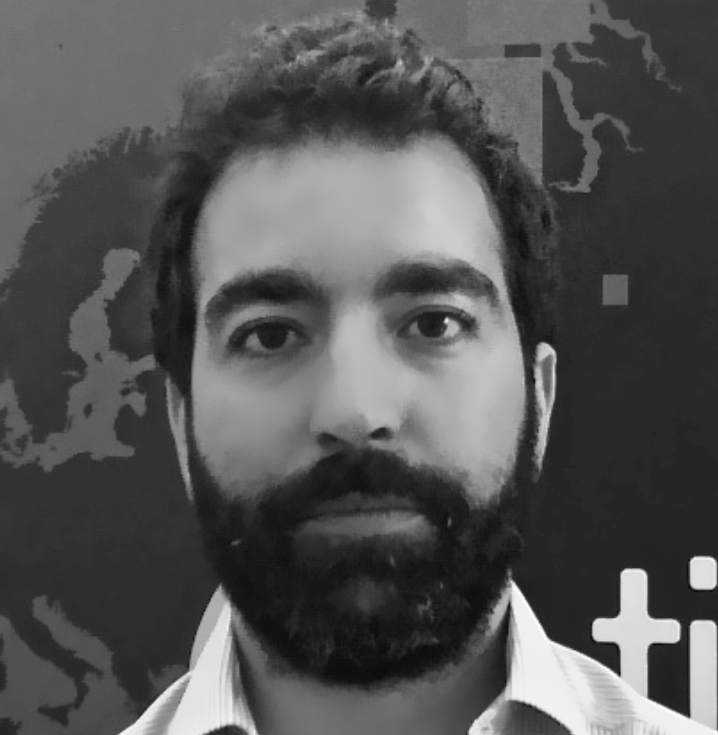