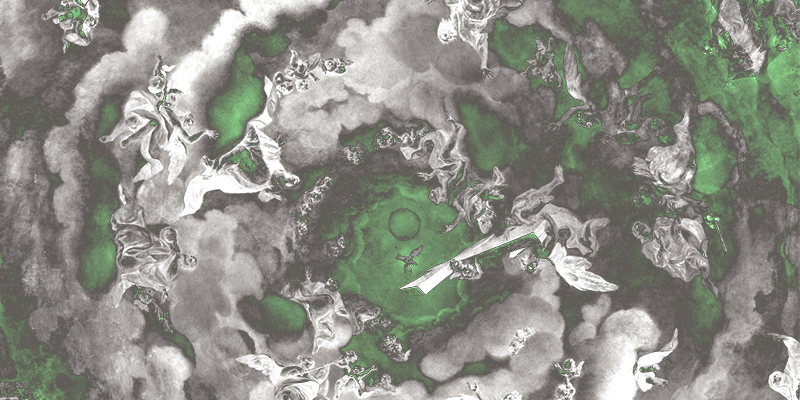 — AI, with machine learning and robotics, has become omnipresent in daily life and across headlines. While innovators are ravishing that it can put an end to nearly all of humanity’s problems – with data and machines making all our decisions in the future – at the same time, the public debate about the impact of these technologies is often fundamentally pessimistic: painting a picture of superintelligent machines taking over the world to dominate and eventually eradicate the human race.

The response to this view is often defensive, trying to fend off disruptive forces, preserve the status quo and even idealize a world without technology. So we are basically presented with a choice between a world of technology or a world of humanity.

Fundamentally, this framing is neither helpful nor constructive because it relies on creating an irreconcilable polarization. Instead, the following ten reflections are an invitation to a envision a scenario somewhere between a technological desert and a “Heidiland” without tech. They provide some food for thought on how we can overcome this dichotomy and create a future where not only it is possible to reconcile a love for technology and humanity, but one where technological advancement leads to a meaningful rediscovery and deepening of “humanness” and humanity.

1) Time to delegate. “Machines are taking over human work” is something we often hear from people concerned with the automation of certain tasks. This is an incorrect way to view the issue, however. Instead, we can consider the possibility that humans have been doing the work of machines for way too long. So, actually, it’s about time technology relieves us from the dull, dangerous and dirty jobs and frees us for jobs involving more creativity and problem-solving. There is no reason for us to risk our lives for work if a machine can do the job. Why should we not enhance the diagnostic abilities of doctors with machine learning algorithms to detect health anomalies more effectively? Technology can significantly enhance human capabilities – let’s unleash that potential.

2) Jobs for everyone. The destruction of jobs and resulting mass unemployment is viewed left, right, and center as one of the worst AI horror scenarios on the implications of AI and on society and economy. However, we need to move away from black and white situations and have a more nuanced discussion. While it is true that, according to a McKinsey study from 2017, on average 45% of all work activities can already be automated with current technology, that is not synonymous with saying 45% of all jobs are obsolete. Rather, it creates space in already packed work schedules. In a wide variety of jobs, people complain that they are so busy with day-to-day tasks they cannot plan for the future or deal with new vital issues. So let’s see this as an opportunity to focus on human ingenuity and to make time for the topics that really matter.

3) Make technology the solution, not the problem. There is a widespread fear that the mass adoption of technologies will deplete the planet’s resources, alienate people from one other, take away jobs and even fuel weaponized AI war. And yes, as with most innovations, there will also be harmful effects. However, machine learning is a powerful tool for creating solutions for the many, increasingly complex issues we are confronted with in geopolitics, climate, demographics, economics, etc. It is a means of allocating scarce resources more efficiently. Think of the time caregivers or doctors have to deal with paperwork vs dedicating it to their patients. Algorithms can perform many of those tedious tasks and free them up for what patients need: empathy, comprehensive information, consultation, and care. As a result, patients get better care, and those professionals can focus on what often made them choose their profession in the first place, in this case, helping people. The same goes for optimizing the use of resources and energy. AI can create functionally equivalent designs using much fewer materials to optimize power generation cycles and grid usage, saving on cost and scarce resources.

4) The problems are human. Many people worry that we are optimizing for machines. Let’s not forget that algorithms are designed around humans – to personalize experiences and make them more interesting or relevant, to automate processes and facilitate certain tasks for people. Algorithms don’t have needs and desires; at the end a human has to be convinced by an argument, product or service. So, in a way, it’s a very human-centric technology catering to the needs and desires of humans. Secondly, this also means that to create useful algorithms and machines, we need to understand humans and their behavior better. So, a rise in AI will also fuel the quest to understand people better and increase the demand for skills focused on this: anthropologists, sociologists, etc.

5) Reconnect. Often technology is associated with a lack of meaning. And it is true that technology has no purpose in itself, but it gives us the opportunity to look at humans for their humanness. Too long have we viewed humans solely as means of production, optimizing the education system and workplace in ways similar to how we designed factory floors. This is a very mechanistic view of the human. But as machines will be able to carry out more and more “human(e)” tasks, we will have questions about what defines us as human beings. The mathematician and first recipient of the Turing award, Alan Perlis once said: “a year spent in artificial intelligence is enough to make one believe in God.” This is a genuine opportunity for a renaissance of purpose, where people can rediscover what is the essence of human being, connection to ourselves, to other people and to nature around us.

6) And Disconnect. As more repetitive tasks begin to be taken over by algorithms or machines, humans will be left with a higher value, but also more demanding assignments such as complex problem-solving, creativity and creation. Numbered are the days of switching off a little while performing routine tasks during a busy work schedule. There is ample evidence to suggest that among others overall happiness, healthy sleep, and mindfulness positively impact performance in the workplace, especially when it comes to more complex responsibilities. Despite an OECD study revealing that productivity is highest when people spend fewer hours working, corporate culture still celebrates people. While this may not be a new point, the capacity to be more balanced, more connected and in tune with oneself becomes more pressing as technology advances. The Latin proverb mens sana in corpore sano – a healthy mind lives in a healthy body – is still and will remain pertinent. We will have to seriously up our game on getting better at leisure.

7) The machines are slaves. Skeptics believe that AI will enslave the human race and eventually use us as a means of production. But many of the business models powered by AI today have led to global platform companies that have disrupted some encrusted markets to create higher customer satisfaction (Uber for example). At the same time, they can pose a genuine threat to the working conditions in certain lines of work and social cohesion overall. As a society, we need to ensure that we do not create a class of workers without social and economic buy-ins. Just as when the loom was invented, and there were widespread uprises against bad working conditions, we need to make sure we find the right conditions for people to work and interact with technology. To be fair, this is becoming more and more difficult in an increasingly interconnected, globalized world, but we cannot shy away from this duty. To the contrary, we have the responsibility, but also the opportunity to rethink how we think about work models.

8) Let’s build a better polis. Many think that AI-powered chatbots and social media create echo bubbles and are the source of public manipulation to the detriment of our democracies and institutions. Adoption of AI will entail a whole suite of ethical decisions about the boundaries of technology that society has to address as a whole. Most of these problems are inherently complex and not black-or-white, right-or-wrong. Already today, we see that different societies are striking a different balance between the protection of the individual, e.g. data protection and unconditional technological adoption, e.g. social monitoring. Ultimately, it is a question of finding the right benchmarks. In some cases, they are absolute and universal, for example in respecting human rights. In other cases, they will be relative, and the human will be the measure of all things. For example, when we decide under which conditions to authorize self-driving cars, we could say it has to be 100% safe for humans before we authorize it, but algorithms cannot ever be 100% correct. So, the accident statistics produced by humans could be a good benchmark, and then the discussion could focus on whether AI can produce better results and how much better they have to be before being released to the market. These societal and democratic discussions will gain in importance as technology touches more and more aspects of our lives.

9) Embrace uncertainty and imperfection. In today’s fast-paced world the disruptive power of new technologies continually surrounds us. This entrenches an increase in the perceived instability and uncertainty people have to cope with. A common reaction to this is often trying to cement the status quo – be this at a micro level in a person’s job or at a macro level as society as a whole. However, this will not prevent technological progress in the long term. Instead, we need to build up a higher tolerance to uncertainty and an ability to adapt to new information and demands. This also means we need to accept that our responses will not always be adequate from the get-go. Instead, we need a true spirit for experimentation and need to A/B-test our way to successful solutions. Embracing these inherent imperfections is the ultimate truth to humanity. After all, nobody’s perfect, right?!

10) It’s all about Education. Silly-minded people worry about the future of their children and wonder how we can prepare them to live fulfilled lives professionally and personally. With changing demands, it is evident that our current education system is not equipped to equip people for the future. It was designed to train high numbers of people and moved away from a highly individual private teacher model for the privileged to a standardized education system for the masses. Obviously, democratizing knowledge and education was and still is the right goal. Yet, in its current format, it is geared more towards feeding standardized knowledge instead of sparking people’s creativity. Yet skills like independent thinking, creative problem solving, interaction and collaboration, resourcefulness, leadership, resilience, and empathy will be crucial in performing more demanding tasks. At the same time, we have to include in education effective methods for emotional and mental resilience, e.g. through mindfulness exercises, sleeping habits and relaxation methods. And AI can also be part of the solution here: allocating the limited resources of teachers to those areas in which each individual student has the most potential to thrive.

No technology determines how humans work, but humans determine how technology works. So we can use AI to the service or disservice of mankind. It carries great potential for a positive impact on all of our lives and can give us a real opportunity to connect to ourselves, build better relationships as well as address societal issues. We have the opportunity to shape the future with AI and not only optimize tasks and build cool applications but make it a real driver to re-humanize the lives of all of us. 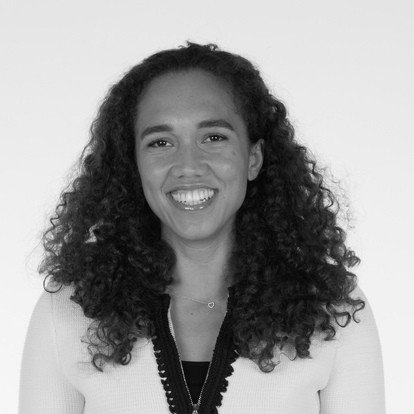