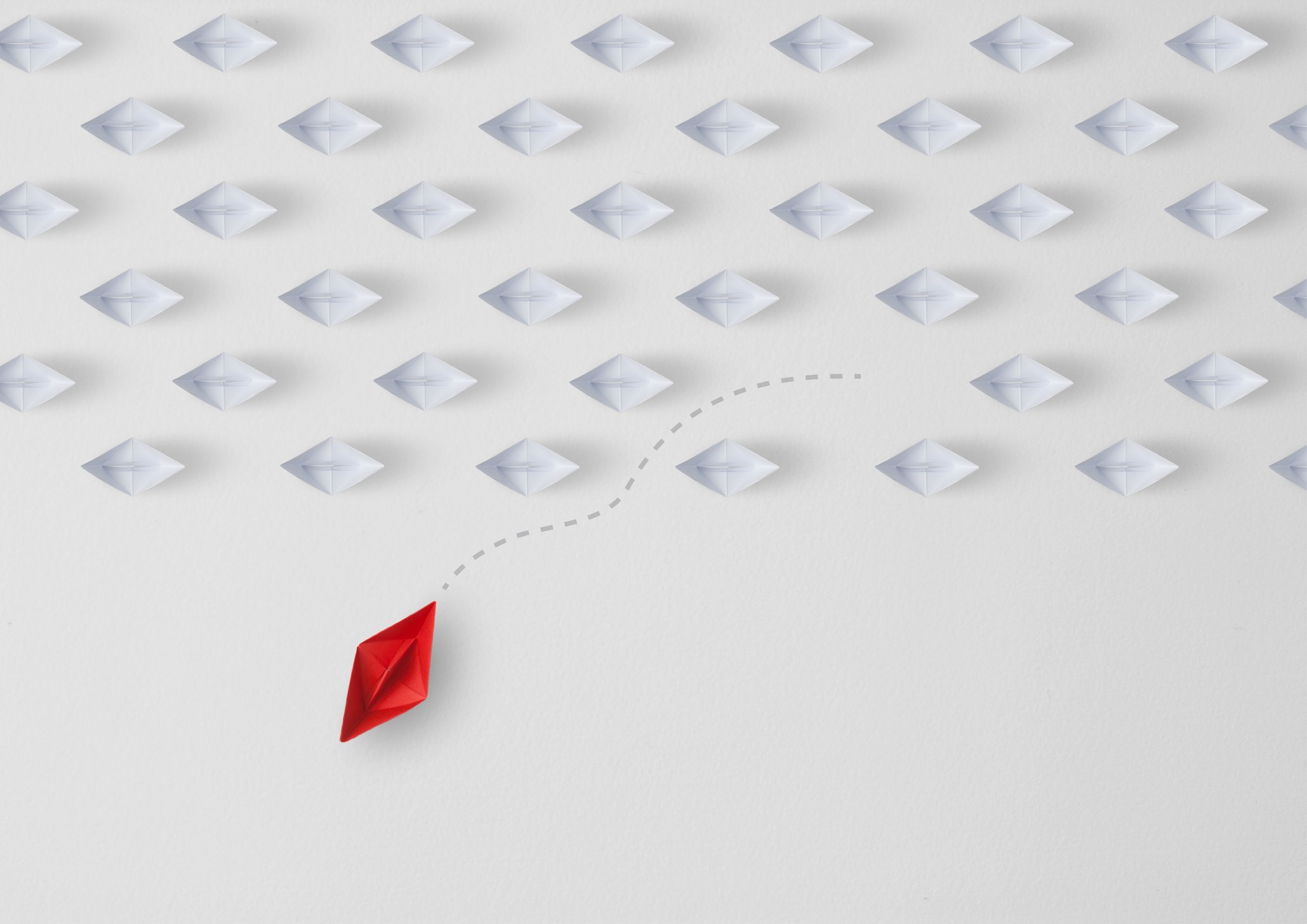 — maize takes a dive into some case studies which make clear that being a continual disruptor is key to success today.

For years, marine biologists were convinced that the great white shark was the apex predator of its food chain. They were wrong, and found themselves stumped when they discovered that this unbeatable predator could be predated too, by killer whales. A deep-rooted conviction is very hard to disprove, let alone eradicate, but nature is teaching us a lesson: hierarchies can be overturned at any time. In the business world this principle is well known, although often forgotten.

The lesson to be learned is quite simple: never rest on your laurels and expect to be challenged, for you most certainly will. Companies that forget this fall victims to “creative destruction”. The term, envisioned by economist Joseph Shumpeter, is the “process of industrial mutation that incessantly revolutionizes the economic structure from within, incessantly destroying the old one, incessantly creating a new one”. Creativity is what keeps the fire burning, it allows a business to evolve, surf the waves and not to be wiped out by them. But to avoid “creative destruction”, companies have to recur to “creative disruption”. They have to dare to disrupt their own current organizational models, subvert their own sets of rules and redesign themselves – sometimes even abandoning entire business segments in the process.

There are no sanctuaries: being an industry giant in a one era could mean nothing in the next. The American film company, Kodak, founded in 1884, remained the undisputed market leader for a century, and enjoyed large growth for a majority of that time. But even this wealth and market share didn’t save them from their downfall. In 1973, it had a 173,000 unit strong workforce. In 1976, it controlled around 90% of the American film market and 85% of the camera market. Even so, this colossus would eventually see its business come down faster than a sandcastle. As technology evolved, digital cameras made film obsolete. Later, this same technology began to be replaced by cellphones and smartphones: sales shrunk, revenues dropped, the end neared. In 2012, the company filed for bankruptcy protection and began to sell most of its patents – totalling approximately $0.5billion. Amongst the buyers were Amazon, Apple, Facebook, Google, Microsoft and Samsung. The new giants of a new era.

Did Kodak fall victim of an unforeseeable and unstoppable technological revolution? The answer is no. In fact, the digital camera was invented inside Kodak’s own laboratories in 1975. The inventor was Steve Sasson, who 30 years later told the story to the New York Times: “My prototype was as big as a toaster, but the technical people loved it. But it was filmless photography, so management’s reaction was, ‘that’s cute — but don’t tell anyone about it’”. It’s not that Kodak failed to see the coming change: it deliberately chose to ignore it because it had the potential to disrupt its own business. 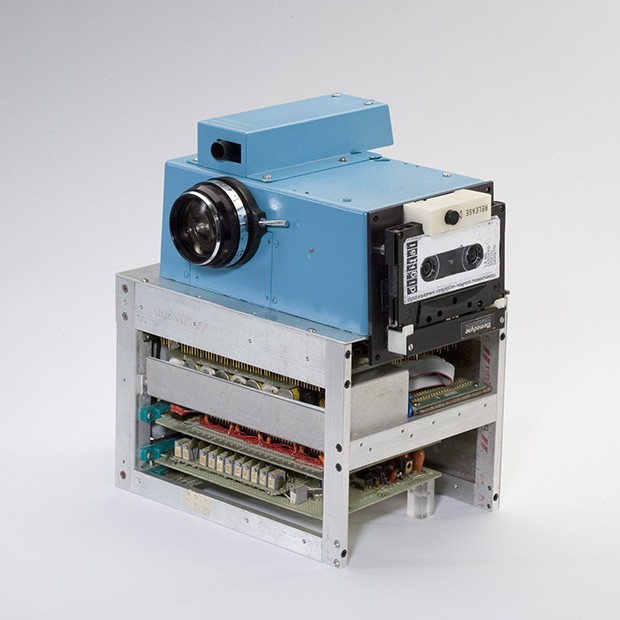 The company survived bankruptcy, but had to drastically streamline its workforce to less than 20,000 workers; facilities and laboratories had been sold, as too its many patents; the internal organization was turned upside down. Today, Eastman Kodak is a completely different company, operating through seven segments: print systems, micro 3D printing and packaging, software and solutions, consumer and film, enterprise inkjet systems, intellectual property solutions and Eastman Business Park.

How can a company stay creative? How can it enhance creativity by disrupting its inner organization? Critically, leaders must have vision, goals and be aware of their role. Sometimes leaders seem incapable of adjusting their behavior and approach, it has worked until now after all. They fail to understand that: “What Got You Here Won’t Got You There”. That is the title of a speech given by FCB’s Chief Creative Officer Susan Credle at the last Web Summit. “When you get power, you have to adjust your behavior, because the exact same behavior now is seen in a completely different manner” Credle stated. Being considered feisty, relentless and headstrong is fine when you have to build your career. But once you’ve reached the top, you’d best leave the “scarcity culture” wherein you are at the centre and instead favour a “culture of abundance”.

This cultural shift is also recommended by Phil Gilbert, General Manager of IBM. According to Gilbert, leaders have to rethink the idea of power. Power is not about controlling others; it’s about providing others with access to vital information. This is just one of the three key factors which allows a company to be a continual disruptor. It’s fundamental that ideas are never divorced from operations and, most importantly, that the decision making process is smart and swift. To reach this goal, Gilbert worked hard to reshape IBM’s internal organization – an organization which he believed was hampered by a silo culture. To reverse the damage done by such a culture – wherein different divisions tend to work separately, thus protecting their own knowledge and specialization – Gilbert sped up decision making by imposing mixed tables, with people from different units working on the same project together.

Many companies have been through almost the same processes which led Credle and Gilbert to similar conclusions. A good example is Hitachi’s deep internal revolution, which was brought on by the awareness that, in the words of Hitachi’s Executive Vice President of Human Resources Levent Arabaci: “what got us here the last 100 years will not get us there the next 100 years, so we have to change”. The fact is that the Japanese tech colossus, whilst continuing to deliver high quality products, was still failing to win over the hearts of its younger users. One of the problems was the firm’s cultural model which was working against innovation. “You always had to put in your 40 years in order for you to become a senior manager or manager and so on. That kind of tradition no longer works for Japan” Arabaci noted. Consequently, a new software to improve the promotion system was adopted, a move which bore many fruits: “Since the internal revolution, Hitachi has gained over 190,000 applicants, seen an overseas revenue ratio increase from 47% in 2014 to 50% in 2015 and ranked No. 38 on the Boston Consulting Group’s most innovative companies list”.

In the same way, the silos culture that Gilbert fought in IBM was creating problems for Microsoft too, where the exasperated internal competition was creating a deleterious toxic climate. Microsoft was not keeping up with the pace of its major competitors Apple and Google. And it was searching in vain for a new product to revive the brand’s fortune. When in 2014 Satya Nadella became the new CEO, he already knew what he had to do. Undergoing a major restructuring of the company. A restructuring that culminated in the creation of an AI and Research Group: composed of the former Microsoft Research Group, teams from Bing, Cortana and the Information Platform Group.

Google also shifted its business model: placing an emphasis on simplification. The creation of Alphabet, which encompassed the Google brand and all of its satellites (Android, Calico, Chrome, Gmail, Google Maps, Google X and Youtube) allowed each company to work more independently and efficiently and thus keep its own identity. Until then, Google had been both a company and the owner of other companies, with teams, budgets and funds often overlapping. “This newer Google is a bit slimmed down, with the companies that are pretty far afield of our main internet products contained in Alphabet instead. What do we mean by far afield? Good examples are our health efforts: Life Sciences (that works on the glucose-sensing contact lens), and Calico (focused on longevity). Fundamentally, we believe this allows us more management scale, as we can run things independently that aren’t very related”, Google’s founder Larry Page said.

The iconic brand Lego has grown massively over the past decade. In 2003, after 10 very difficult years, the company found itself on the brink of bankruptcy. Yes, they could blame Chinese competitors offering cheaper construction sets and the booming of gaming industry but, ultimately, they blamed themselves. As Lego designer Mark Stafford said at a fan convention: “The company at that stage had no idea how much it cost to manufacture the majority of their bricks, they had no idea how much certain sets made. The most shocking finding was about sets that included micro-motor and fiber-optic kits — in both cases it cost Lego more to source these parts then [sic] the whole set was being sold for — every one of these sets was a massive loss leader and no one actually knew". 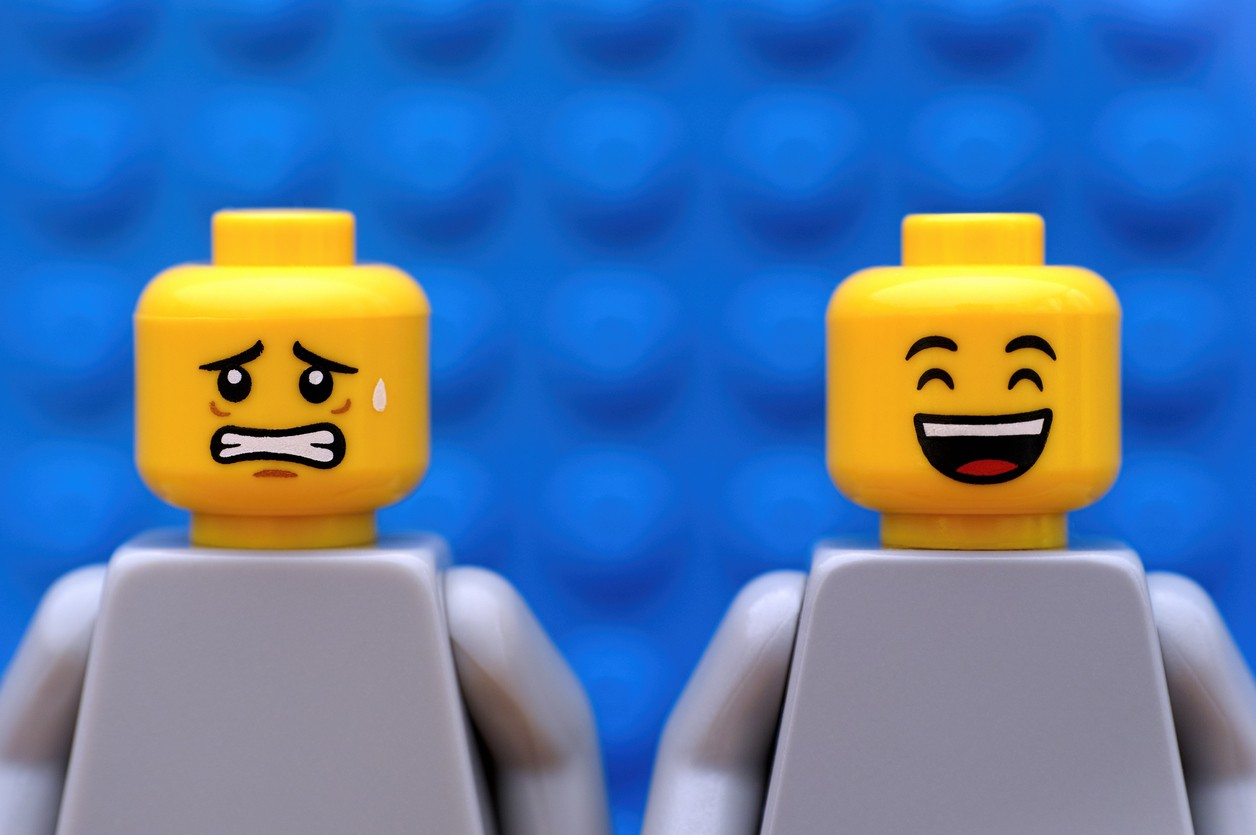 Fast Company includes the LEGO Group at number six on the Top 10 Most Innovative Companies for 2018 in Consumer Electronics.

The company survived by making some crucial adjustments, as prescribed by the management consultant Jorgen Vig Knudstorp, who the Lego CEO, Kjeld Kirk Christensen, the founder’s grandson, stepped down to be replaced by. A 70% stake in the Lego Park was then sold to the mega-fund Blackrock in order to generate cash, the personnel were streamlined and the plastic brick’s production was moved to countries with a cheaper labor force, such as Mexico and Czech Republic.

Of course, this good business sense helped Lego to turn the tide, but something more had to be done in order to make it soar. This is where creativity steps in. As Time reported, “management sought the participation of a number of different constituencies from both inside and outside the firm and hired a diverse and creative staff”. These people brought renewed energy and ideas and helped the brand to think bigger. Knudstorp, in particular, was convinced of the need to divorce financial control and creative control, with the latter being handed to the hardcore fans. Stafford was one of them. In 2006, Lego held the first designer recruitment workshop. The constant injection of creative and enthusiastic people helped the brand to get back on track. Lego embarked upon projects such as the successful Lego Movie series, which brought in a big amount of venue and a new burst of brand advocates. This link between the firm and the fans was then emboldened even more so by ideas such as the First Lego League, a robotic competition which attracted more than 70,000 fans. Social media proved to be an amazing way to stay connected with the firm’s fans, not only to simply advertise new releases but to also retrieve ideas and inputs from the fans themselves, which in turn created a devoted and loyal fan base.

Social media is a perfect example of where to find a disruptive company. A recent research by the TOW Center for Journalism says that “the influence of social media platforms and technology companies is having a greater effect on American journalism than even the shift from print to digital”. As shown by Kodak patents’ sale; Facebook, Snapchat, Google, Amazon are the winners of this particular era but the wind can change any moment. In the past weeks, in many headlines the word “decline” appeared close to the word “Facebook”. In the midst of the data scandal, Mark Zuckerberg and his team know too well that they have to retain users’ loyalty in order to continue their success (as do Larry Page, Sergei Brin, Evan Spiegel, Bobby Murphy and Jeff Bezos). They may win today but it doesn’t mean they’ll win tomorrow, and even a great white shark must be aware that there might be always be killer whale looming nearby.