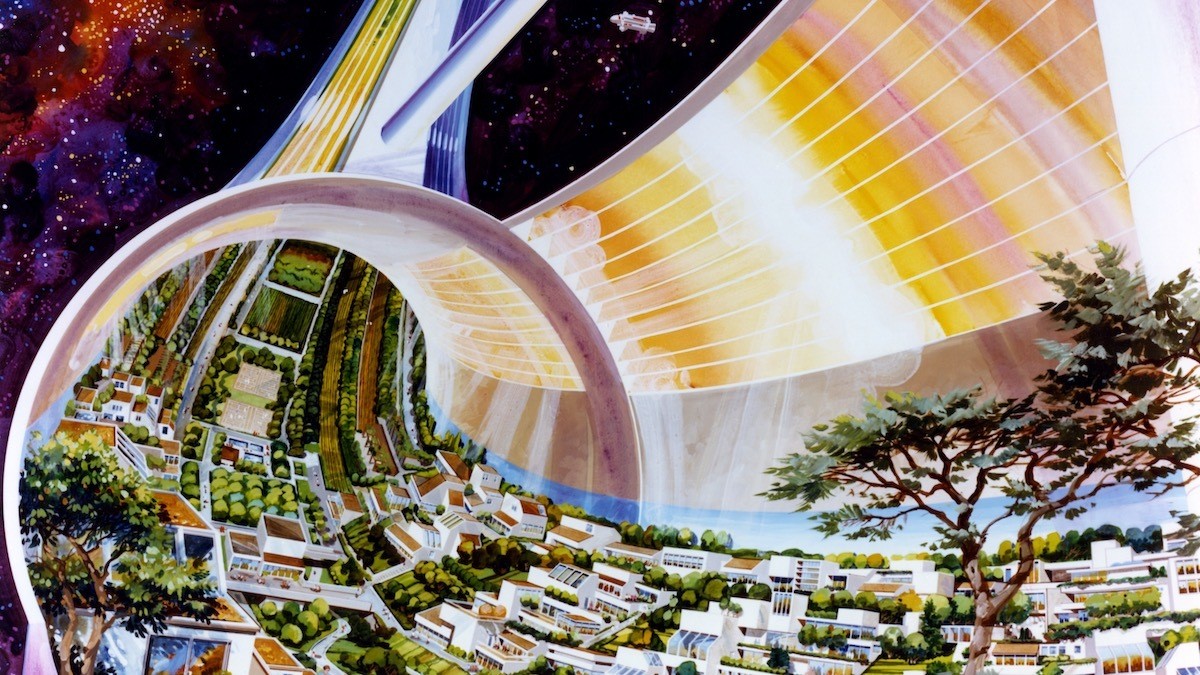 Communities of the future, courtesy of NASA.gov

— Leonardo Caffo considers the normal life that we have left behind, and 'a new species of humans,' which might be about to appear in the world.

In 2017, I published “Fragile Umanità” (Fragile Humanity) with Einaudi, in which I maintained that humanity had reached the point of collapse and our ecological niche, our 'normal' life, would crumble under the weight of an epidemic, an environmental problem, or general bad management of our resources. The fragility of Homo sapiens should be understood in two ways: (1) conceptual / we don't really know what 'humanity' is, where the extension of this concept begins and ends, we don't understand what would be the best model for humans (for example: what problems could the Yanomami have with Covid-19? Isn't it a resource for them?); (2) objective / we don't know when humanity will cede, having interpreted progress as a continuous pushing of the limits and resources of humanity and the planet.

Most of human society, having ignored the theme of fragility, now finds itself fighting against a virus: A battle it will lose if it only acts against the effects (of the virus) and not against the causes (the conditions making the virus possible). This kind of society can survive, maybe finding within the space of a few months a vaccine necessitating periodic recalls, or by radically changing the rules of sociability, for example periodic quarantines, or else crumble definitively: The obviousness is, survive or crumble are both movements very similar to the actual state of things. If it survives now, on the one hand, it will crumble at the next epidemic or ecological crisis, if it crumbles immediately it could, on the other hand, immediately initiate a new paradigm of construction, of coexistence between Homo sapiens and the planet.

The ideas of progress, which were considered obvious up until recently, have been a fatal error for the human species. Progressive philosophies and technologies, convinced we were going to live forever, have rendered the planet a mass of technology, urbanizing the world and adjusting the expected acceptability level of CO2 emissions, have in reality definitively destabilized the possibility of a dignified life for Homo sapiens on this planet. In this period, there is a continual refrain, "when we go back to normal life" as if the way we were living before Covid-19 was really normal: Social disintegration, poverty, animal exploitation, environmental destruction, ever greater damage to the planet and nature may have seemed normal to the meagre slice of western humanity which was convinced that the last 50 years of widespread well-being were the norm rather than the exception, held up by wars, famines, exploitation of underdeveloped countries, and the brutal elimination of diversity.

Unconditioned development of globalization and technology has inflicted irreparable damages on the tissue of the real, causing a long painful period —and we have an infinite number of names to describe this state of things from Anthropocene to Capitalocene —of fixing the damage. We are at the dawn of this long painful period.

We have all contributed, in the various positions of power we have held, to reducing every living organism (form of life) into consumerist objects. Animals and biodiversity have all become food, science has made it as we see it today, a useless body for the experimentation of drugs and vaccines, nature has been used as an element external to us and we are surprised today that a bat eaten alive could have brushed away our ordinary way of life, social diversity and poverty have been institutionalized. Our world, that crumbling provides the knowledge that the world won't end but a type of world will, has avoided investing in useful things: universal health care, obligatory ecology, the end of animal exploitation, the end of the idea of the Nation state and local citizenship. Today, all of humanity finds itself united against what should have saved it: Nature.

Clearly though, if the general system crumbles immediately the consequences will be extremely painful: None of us are truly ready to change the way we live, and this, inevitably, could lead us to a sort of natural selection. A kind of new species. It should nevertheless be clear to us, as for decades the more radical philosophies have been suggesting, that if the system still tries to expand after Covid-19, bragging about new periods of happy economy and ecological damage, the final result will not be the pain of many, but the end of everyone. It is at this fork in the path, for which institutional policies are completely unprepared, that we find ourselves today.

It is not at all important to know when this will happen, whether it will be in 10 months or 10 years, what matters is an immediate awareness that no longer makes use of collective ignorance (the real plague to fight against) saying how it will be afterwards, when the quarantines are over, how and how much we should prepare for reconstruction with joy. We all know that if the internet flounders, due to the overload generated in this period, the definitive collapse of sociability would lead to an unimaginable revolution.

Instead of mimicking our ordinary lives with Instagram conferences or parties on Facebook and TikTok, we should immediately educate the population of the extraordinary: Countryside instead of city, nature instead of technology, a dignified and brief life rather than undignified, longer survival, the end of using time and the beginning of using life.

Shut in our houses, and being closed in our houses expresses a problem connected to the class struggle which we have been ignoring, based on the false myth of collective well-being, today each one of us knows nothing will ever be the same again: Change terrifies us, but it is equally true that perhaps nobody has felt as alive as in this moment. We have found time for thinking, for reading, for writing, for love, but also for depression: For understanding that what we called normal life was actually the condition making this tragedy possible.

It is not important to understand where to apportion blame, because it is widespread; what matters now is to attempt to govern our fragility with the awareness that a type of world already no longer exists and 'a new species of humans,' as suggested in 'Fragile Umanità,' could really be about to appear in the world.

In the cocooned society, which we feel rejected by, minimum effort was needed to have everything: Food, water, entertainment, travel. We can probably expect a type of world in which each person will have to be the architect of their own lives in a different way: Will we be up to it? We might not. Will our lives be shorter? This is possible, too. So does this mean the ideas where technology was going to make us immortal and perfect were false? That's for sure. So do we have to get ready to accept that many pastimes may have come to an end in favor of achieving real objectives? I'm afraid so.

Over the coming days and months the situation could even get worse: If science doesn't find an immediate cure, being shut in our houses will generate frustration, domestic homicides, self-harm, alienation, craziness, and personality disorders. All the things we had pushed to the back of the cupboard, hoping to be saved from by our "commitments" will now come back to haunt us: We will have to be strong, we will have to work for the aforementioned world with the knowledge that it is not us who design reality, but reality that designs us.

These words are the simplification of thinking that for years philosophers and intellectuals considered as minor, that they have been producing in reaction against such technological enthusiasm, against the ideas of a future 'better' than the past. Humanity today, fragile like it has never been before, can enter a new evolutionary phase by considering itself one and united, without ethnicities or nations, without divisions and egoism. Did we have a world made of comfort and certainties? Certainly, but it was also a world full of wars, violence, killing, and massacre of biodiversity ... not in any way the 'normal world' which we think we can go back to.

Our addiction to procedure has too often been a stronger force than the only important aspiration for a species like ours: The aspiration for freedom. We will leave these houses, certainly, but not to get back into a crowded tram to work 20 hours a day because that world, fortunately, today, or tomorrow, will crumble. We naively thought we had an immense power over nature, a power that in reality was a rapid road to self-destruction. The question therefore is this: How many ways of being in the world exist? Don't be dogmatic and smile, these words are only an approximation of very real questions that deserve pages and pages; the future of Homo sapiens is more similar to its remotest past than to the ideologies we have been using to fill out our pseudo-certainties.

I might be wrong, maybe it won't be Covid-19 but Covid-25 to give us this 'occasion': But the time to think about and prepare for what has been said is limited. Let's start immediately. 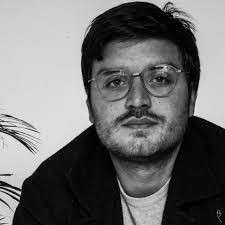