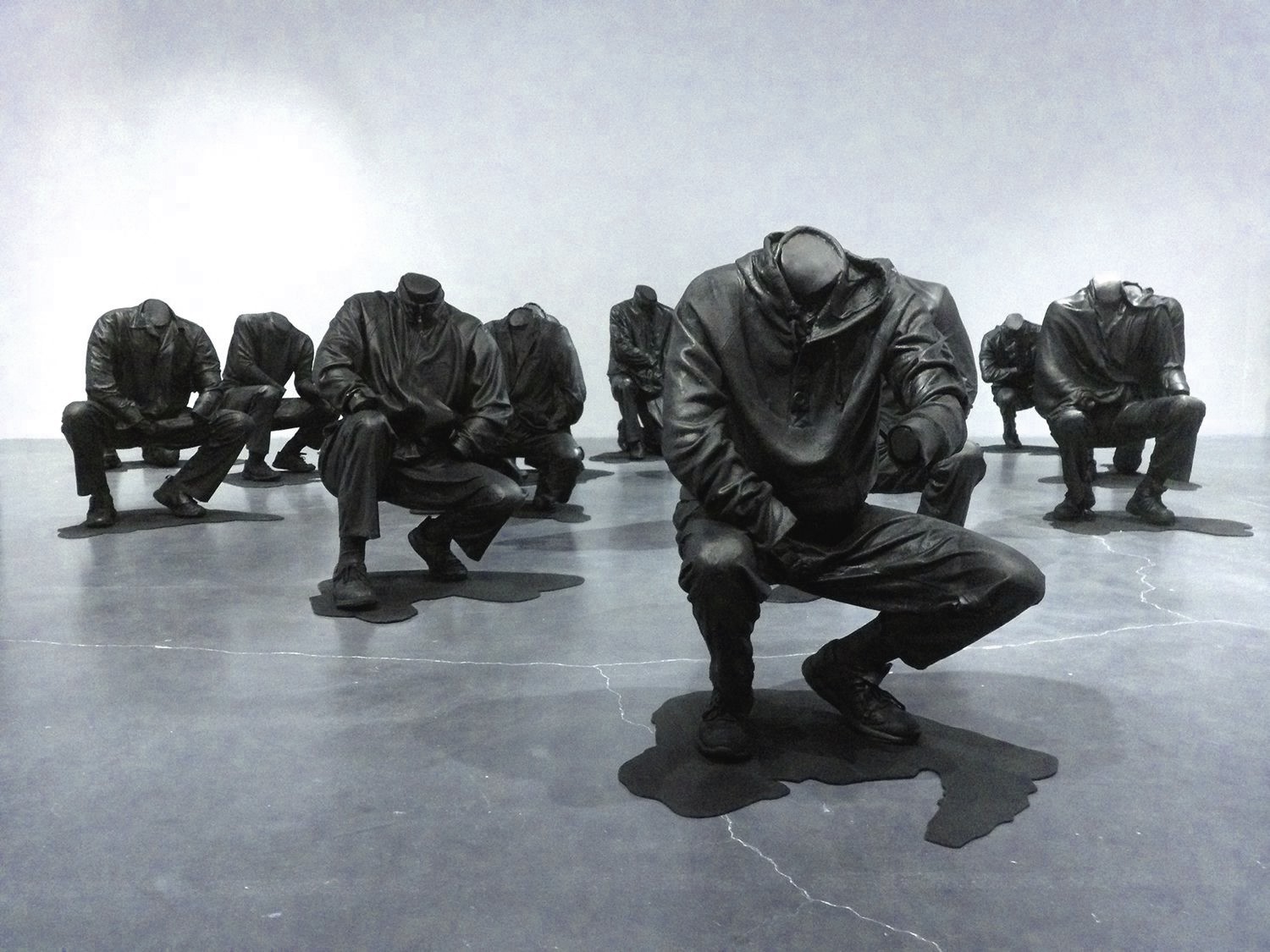 — Alessandro Ferrara, professor of political philosophy at the University of Rome talks about how politics has always been influenced by utopian thought, from Plato's republic to dictatorships, explaining the concept of hyperpluralism, sensible utopias and the legitimation of democracy.

Political Philosophy started with Plato’s Republic, now one of the most famous examples of utopia. In the last century, John Rawls wrote an influential book in that field, A Theory of Justice, which describes the principles of a just society. Twenty-eight years later, a “realistic utopia” was a phrase used in Rawls’ The Law of Peoples. Which role does utopia have in the history of political philosophy and how has it evolved?

Utopia has been part of the Western philosophical conversation on matters political from day one, as a style of thinking. It should not be confused with a longing for setting things aright. The inclination to criticize existing arrangements and change the status quo for the better is a much larger endeavor — more often than not inflected in non-utopian ways. Utopia adds a peculiar ingredient of its own to that critical inclination: disregard for feasibility or for a viable path from “here to there.”

Utopian thought is “political.” There is nothing utopian in moral principles such as the Golden Rule, the categorical imperative, or the principle of the greater happiness for the largest number, or the two principles of Rawls’s “justice as fairness.” Utopian is a life form in which these principles will prevail all the time and the same disinterested, impartial, principle-abiding disposition will show in how people relate to the last éclair on a dessert-tray and to the last life-jacket on the sinking Titanic.

Utopian thinkers reject the demand for plans and blueprints, shun demonstrations and perorations. They show us a silhouette of social perfection that, like an a work of art, lets the force of exemplarity run its course. We are as fascinated by utopias as we are by an image that speaks for itself — the protester in front of a tank in Tiananmen Square — and by example that is a law unto itself. While non-utopian thought may quibble with footnotes, utopia’s secret weapon for success is its radicalism. Reasonable reformist thinking moves one step after another, but with utopia, thought spreads its wings and soars above reality. So it is with Plato’s utopian polis run by philosophers and dedicated to justice and the proposition that “natural capacities are similarly distributed in each sex, and it is natural for women to take part in all occupations as well as men;” with Thomas More’s Utopia; with Harrington’s Oceana (which inspired the settlers of Carolina, Pennsylvania, and Georgia); with the socialist utopias of Fourier, Babeuf and, averse though he was to utopian socialism, with Marx’s communist society, that supposedly enables me “to hunt in the morning, fish in the afternoon, rear cattle in the evening, criticize after dinner, just as I have in mind, without ever becoming hunter, fisherman, shepherd, or critic.”

While for Plato a utopian society was hierarchical, unstable, and, if ever achieved, would quickly degenerate, in modern times and especially after the Enlightenment, utopia has taken on a more social and political stance, bound up with egalitarian redistribution and, above all, with stability. In all times, “impractical” utopia has functioned as a beacon that shows the way, and keeps people moving forward.

Historically, Utopia is an idea based on a political or religious ideal applied to a limited human society (Thomas More, Plato). In this framework, technology serves the political principles on which the new society is based. For example, in modern science-fiction narratives, like Black Mirror, tell about a dystopian/utopian reality where technology defines and determines a political setup. Does technology define politics and not the other way round anymore?

That is absolutely correct. In a way, utopia is the opposite of science-fiction. The key to science-fiction is flamboyant technical innovation in the service of the same old motives. All-powerful spaceships, artificial planets, and laser guns add color to the same old saga of struggles for power, betrayal, vendetta, rebellion, and political repression. Utopia, instead, is about moral innovation in a technically unchanged world — Plato’s gender equality and “statesmanship as wisdom,” More’s and Harrington’s tolerant republican self-rule, Marx’s overcoming the division of labor and his groundbreaking distributive principle “to each according to his needs.” Which is not to say that technology does not affect politics in ways that deserve ever closer attention. Print media contributed to democratizing hierarchical societies, the net may contribute to polarizing democratic ones and to further insulating warring tribes, and technology-induced acceleration may verticalize political relations and dry out deliberation.

The twentieth century experienced several catastrophic attempts to turn utopias into reality. What is the relationship we need to keep between utopia and reality?

From utopia to dystopia, its opposite, it’s often a tiny step. That step is driven by power-seeking. Utopia is the poetry of thought and should remain in the realm of ideas. Its impact onto existing reality must unfold through conviction and the change of mores. Like religion, utopia can inspire great deeds and enliven our existence, but the moment it gives in to the temptation of enlisting coercive power to sustain itself, it turns into the nightmare of forcibly “creating a (Soviet, Nazi) New Man,” and Pol Pot’s “killing fields” are just around the corner. At most, utopia can hope to affect reality through exemplarity: flagship locales, communes, colonies, communities, where a new life is voluntarily lived out concretely for everyone else to see.

In one of your latest books, The Democratic Horizon, you claim that democracy is no longer simply one form of government among others, but is instead almost universally regarded as the only legitimate form of government, the horizon to which most of us look. Is utopia beyond modern liberal democracy material for writers and directors instead of political philosophers?

Things are actually more complicated. In the decade after 1989, democracy seemed to constitute a horizon, in the sense that after centuries during which it would compete with other kinds of regimes, now it became the one form of political rule considered fully legitimate by the majority of the world population. One authoritarian regime after the other fell. Elections placed new elites in power. But here is the insidious Trojan horse that threatens to disfigure democracy. Whereas in the early twentieth century, elections marked the dividing line between democratic and non-democratic (fascist, Nazi) regimes, this is no longer the case in the twenty-first century. Few, if any, elites in today’s world advocate or dare abolish elections. Tempting as it is to salute this predicament as a triumph of democracy — as the obligation of vice to pay homage, however hypocritically, to virtue — this historical phenomenon should be considered a dangerous challenge. What truly matters is no longer whether, but how, elections are held. At stake is an epochal tilting of the balance between two aspirations undergirding constitutional democracy but always in tension with one another: a) implementing the will of the people and b) securing equal rights and voice for all free and equal citizens.

Now, during the 2010’s, liberal-democratic regimes are confronted with pressure coming from presidents and prime ministers, legislatures, administrations, cabinets, who claim to represent the will of the people. Even where formally unchallenged, democratic institutions often operate in a political climate of impatience with procedural checks and balances and with the regulatory function of constitutions. The will of the people, as expressed in elections or in referendums, is often invoked to legitimize not just ordinary policy but entirely new constitutional projects. In happenstance convergence with populist and authoritarian rulers, well-meaning proponents of radical democracy sometimes forget that “the (multigenerational) people” cannot be reduced to “the voters” (a tiny temporal segment of it). So both groups advocate the idea that the regulatory function exerted by constitutions and judicial checks on legislation and administration obstruct the realization of the democratic “will of the people” expressed in fair elections. I wouldn’t want to sound too pessimistic, by observing that failing to carefully grasp and curb these developments may lead to some unfortunate time when the restoration of constitutional democracy will be the utopia of the day.

The democratic horizon is still in place — even Putin and Erdogan must pretend to have a democratic mandate — and cannot possibly close off the space of utopia. In fact, utopia always speaks about the utopias and its worries … In an already globalized world, utopias won’t concentrate on universal interconnection. We can expect them to focus on reconciliation with nature, external and internal. Happy de-growth or post-growth societies are next in line for utopias.

Within The Democratic Horizon, what is the shape that utopia or dystopia can take? Could hyperpluralism be an example of democratic dystopia?

I coined the term hyperpluralism to describe the presence, on the ground, of more numerous and deeper cultural divides or rifts than envisaged by Rawls and like-minded liberal authors. Thus, hyperpluralism is the name of a problem which still awaits a proper solution. I would not call it a dystopia, because as a “political liberal” I don’t think pluralism can or should be wished away.

What could a sensible utopia look like? I’ll go for minimalism, or what Rawls called a “realistic utopia.” For me, a “realistic utopia” is a state of the world, domestic and global, such that “political luck” or contingency would keep all our inevitable and deep disagreements within the range of public reason, and of our political imagination’s ability to devise and implement solutions that no one finds oppressive. 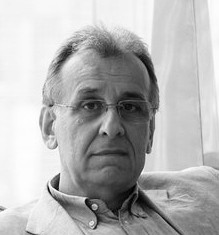