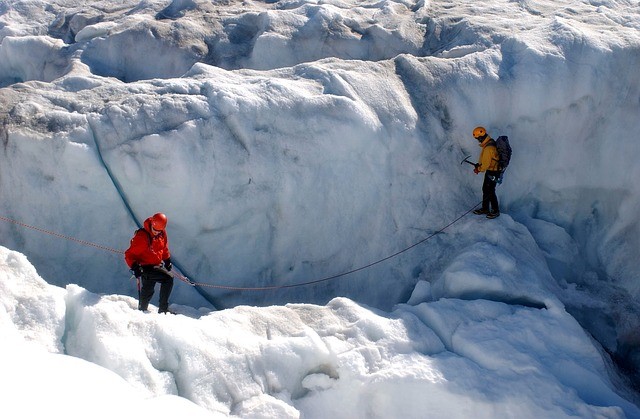 — Drawing lines is more than just a mental exercise; it’s a cultural practice that puts us, and our view of reality, on the map. But now the ground is being cut from under our feet.

Unwittingly, we have always drawn borders. Whether we think about those that our common ancestors used to define their villages or the more abstract ones deep inside the wonders of the human mind, in every era human beings have used the power and symbolic value of borders. Faced with the aberrant terror of climate change, however, we are witnessing the crumbling of physical borders and the reformulation of mental ones, which we must adapt to, in order to give a new meaning to our lives on planet Earth.

Borders are essential tools to shape and limit the world: a way to mark fixed, unmovable reference points, an attempt to give our anthropocentric order to the environment that surrounds us. In a sense, our own body is a form of border: it separates what we conceive of as human from anything else — the inhuman, the natural, the inorganic. In the Anthropocene epoch, where we are forced to reckon with the active role human beings are playing in the terrestrial ecosystem — threatening its future — the function of borders as we imagine and use them starts crumbling. The prerequisite for borders to work is that everything must remain unmoved, static: “Modernity has all settled on the principle of the immobility of the individuals. It is no coincidence that States call themselves this way. They assume individuals that do not move,” explained Professor Franco Farinelli.

Climate change, however, is already putting a strain on some particular types of borders that could be considered as geo-defined, meaning those using natural elements as a reference point. This is the case of the Grafferner glacier, which defines part of the border between Italy and Austria. Some researchers have noted that global warming has melted the glacier and consequently introduced the risk that the border will change. Here, however, it is not actually a real border that disappears, Farinelli explains, in these cases, “the underlying ground is taken as a reference, meaning the land under the ice.” It is since the Peace of the Pyrenees, in fact, that we began to place borders on the ridge lines of the mountains, this within the goal of organizing modern territoriality. 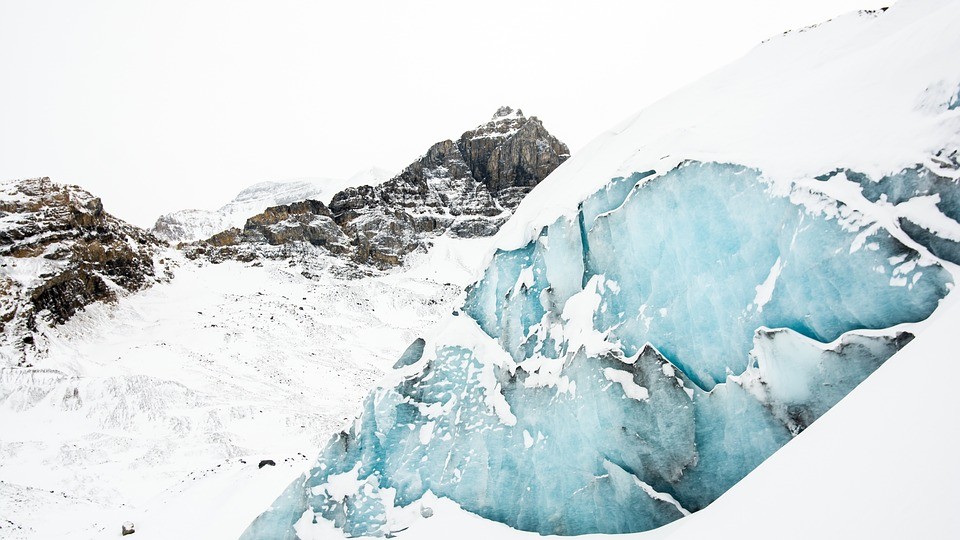 ﻿A different example is the one concerning the Arctic ice. According to some estimates by the National Snow and Ice Data Center, the extent of Arctic ice has declined steeply since 2002. According to NASA's Earth Observatory, many climate models predict that the Arctic will be free of ice by the end of the 21st century — or even, more dramatically, by mid-century. “In this case, it is not a matter of retouching borders, but new overall scenarios are opening up,” explains Farinelli. “New ways of access and trade routes will be available. These are not proper borders, however. In the Arctic, in fact, borders are established on paper and are quite geometric, based on the idea of dividing parts of compact ice.” If in these two previous cases, the border does not undergo any direct changes itself, the idea on which it rests, however, begins to falter: the immutability of the territory is no longer an invariable and peculiar characteristic of the world.

According to the recent special report by the Intergovernmental Panel on Climate Change we can expect the oceans to rise between 26 to 77 centimeters by 2100, and this could seriously affect most of the coastal cities in the world. Similarly, large swathes of territories will become uninhabitable or will be subject to changes so sudden as to undermine agricultural systems and thus induce millions of people to migrate. According to the UNHCR, limited natural resources, such as drinking water, are likely to become scarcer in many parts of the world. Crops and livestock struggle to survive where conditions become too inadequate, threatening livelihoods and exacerbating food insecurity. Some estimates say that up to 200 million people could be displaced by climate change by 2050. The foretold crisis of climate migrants effectively destroys the political function of the borders. Several states risk becoming largely uninhabitable and resembling empty containers. And the inhabitants will be forced to move to survive. “When we think of migrants, there is a dimension that does not exist at all in the international debate, that is the one that evokes the mobility of subjects,” Farinelli emphasizes. Since modernity has all settled on the idea of borders that organize the points of contact between States, migrants undermine the very structure of the State form that we know so far, destroying the prerequisites for its existence and operation. “Faced with such catastrophic scenarios, it is clear that the dramatic problem, beyond the sustainability of the processes from the physical point of view, is also our difficulty in imagining what could happen,” explains Farinelli. We are bound by foundational assumptions of modernity that natural phenomena, currently underway, tend to question and abolish. “The problem of borders is linked to their symbolic function and the production of meaning,” adds Farinelli. If we think of the management of migrants in the Italian case, the Professor continues, we realize that the border is not at all an static line: we extend control and border lines directly to the coasts of Africa, far away from Italy. We could reach an extreme scenario in which, according to Farinelli, in order to prevent the departure of unwanted subjects in the same place of origin, people will be blocked before their journey even begins. “This is a central problem from a cognitive point of view,” declares Farinelli. What is the meaning of the political border if it keeps moving away from its original position? 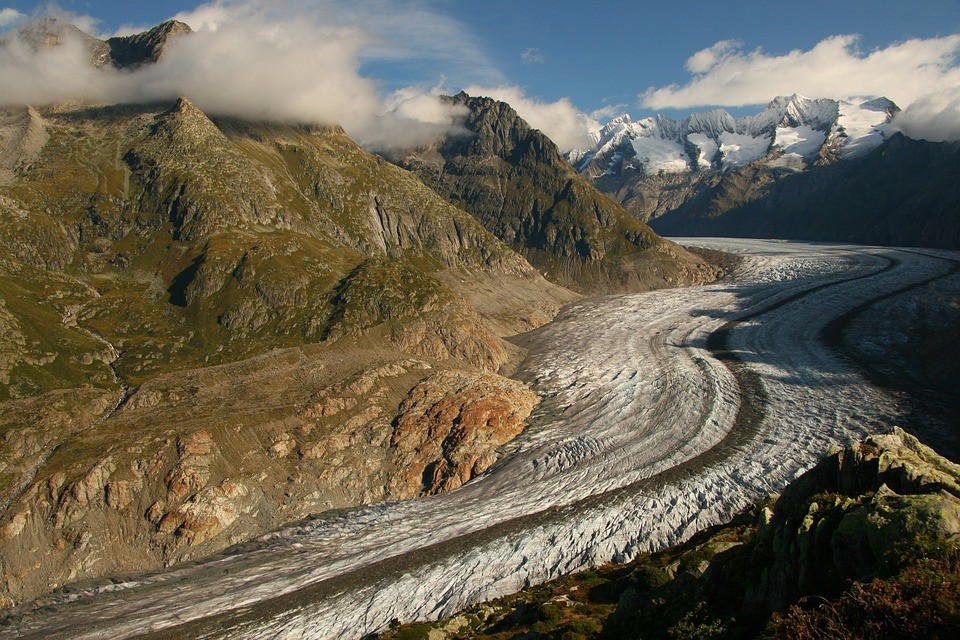 At the same time, another kind of cognitive crisis is looming over us, and it is the one that concerns our central role in the Anthropocene. We are at the same time the cause and one of the victims of climate change and our desire for control over nature is gradually wavering. Planet Earth will probably survive even without us. Other beings, living and inorganic, will continue to inhabit the Earth anyway. We will be the ones who, facing rising temperatures, famines, and floods, risk extinction. Continuing to consider ourselves as a subject outside the natural ecosystem, which we observe from above, and trying to use the map as a means to control the environment, will not ensure our salvation, quite the opposite. “The map was a formidable device for differentiating our relations with the environment, but now, evidently, it is no longer enough,” emphasizes Farinelli.

Seeing cartography as the only way to give shape and order to the environment will not be the only way forward, according to Farinelli. “The real problem is that we are not able to model the world in adequate terms and with the schemes with which the world already works. Because the tragic aspect, in fact, is this: the world works, but we do not have the schemes to understand how. This also depends on the fact that our schemes are too tied to the cartographic mediation mode,” explained Farinelli. We could start thinking about a map for the future that can take into account the destructive effects contained in the Anthropocene and reposition the human being on a new scale of relations with the natural world. The problem, according to Farinelli, however, does not lie in the search of a cartography for the future: “the problem is a new logic, which will not necessarily refer to the cartographic one which so far has allowed us to survive in an acceptably adequate way.” We will no longer have to think about the map but the globe. “So far we have thought about the plane, that is the map, but the sphere is something topologically reducible to any map,” explained Farinelli, “We have to think about the globe, this is the challenge we face.” All of this could lead to shocks that are currently difficult to predict. What is certain, emphasizes Farinelli, is that this is a process that should be constructed with extreme sagacity, yet unfortunately, in the face of a dramatic current lack of political will. “Politicians should construct the possibility of cognitive processes that enable humanity to cope with the dramatic changes towards which we are going at a crazy speed. And this is not happening.”

We find ourselves dancing on an unexplored border that, inevitably, risks erasing us from the face of the Earth. Borders as a political tool are increasingly becoming obsolete objects. Furthermore, the original premises are no longer guaranteed: the environment around us has started such a rapid and unstoppable mutation that, even if we were able to stay within the limits of the 1,5 °C increase as highlighted in the special report of the Intergovernmental Panel on Climate Change (IPCC), we would live in a radically different planet. At the same time, our cognitive borders are put to the test: not only because we find ourselves staring at the abyss of extinction of our species but also because a total revolution of the concept of human being is required to get out of it. We need to reformulate the meaning of our lives in this world, and try to trace innovative and wider borders that also include nature in a new arrangement. The notion of borders is no longer sufficient to assign meaning to the world and we, together with it, are destined to redesign ourselves. At the moment, however, the processes that will underlie this new design are only barely hinted at. 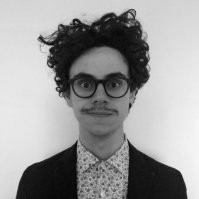