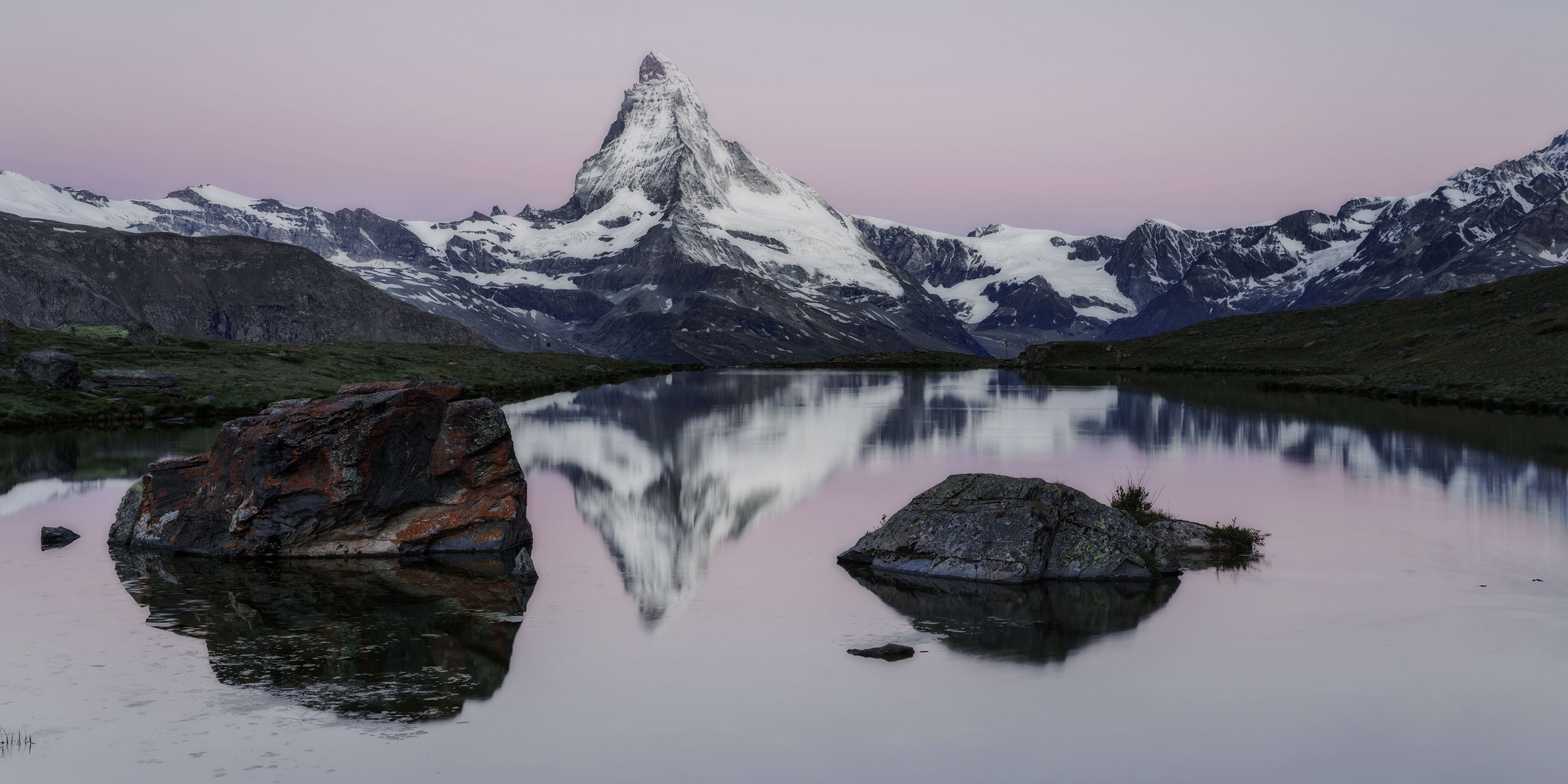 — Companies built upon the fear of failure are doomed to fail themselves, instead, companies must celebrate curiosity. Fortunately, the solution is clear, and in order to reframe themselves, they need only follow three simple steps: inspire, create and innovate.

When was the last time you were inspired? So inspired you did something about it? The truth about inspiration is it can happen anywhere. For me, inspiring others is about getting people excited about a reality that is attainable but hasn’t yet been achieved. In other words, it’s about generating excitement about new ideas and motivating people around the concept of change. Since the behavior of change is most effective when there is a loss, stories that involve overcoming a huge challenge are the ones that tend to be the most inspiring.

Traditionally creativity has been associated with artists, authors and those questioning the world around them. That said, I believe we are all inherently creative, we just have to have a safe environment where we can put our creativity into practice. As children, our home is the safe place that allows us to question the world. Creativity, and the ability to create, start by being a keen observer of one’s surroundings and being insatiably curious. With the rapid ascent of automation in the workplace, I believe any repetitive job that doesn’t have an emotional creative connection is finished. 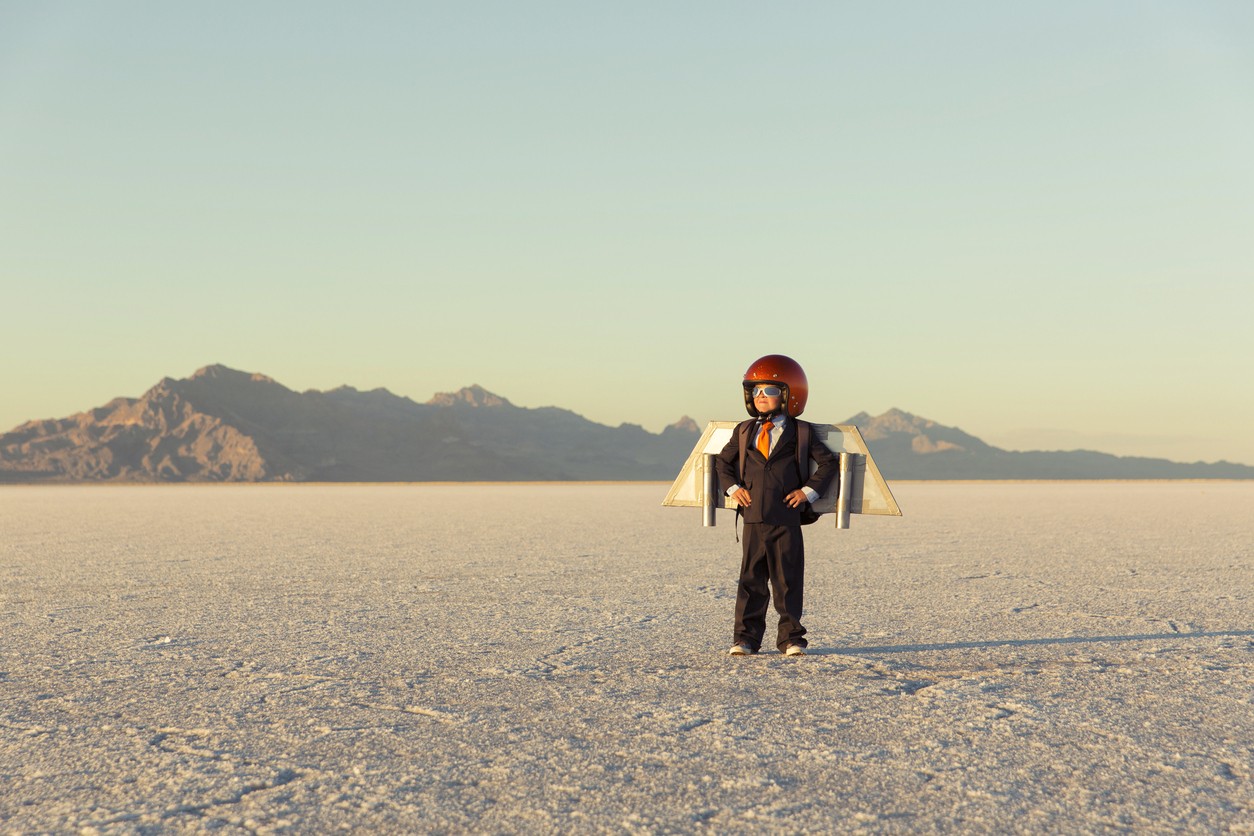 As children, our home is the safe place that allows us to question the world. Creativity, and the ability to create, start by being insatiably curious.

Google. Apple. Facebook. Amazon. Quite possibly the most innovative companies of our time. It’s their sense of purpose and culture that enable them to “move fast and break things” at scale. These are work environments synonymous with innovation – places where creative destruction has been ingrained into the company culture through the founder’s original vision. They are also environments where the process of innovation thrives based on questioning the status quo, a bias towards action and collaborative teamwork.

The first step, questioning the status quo, is the start of all creative endeavors. In essence, it’s about challenging the current way of doing things and is piqued by one’s own curiosity. This is also the reason why innovation rarely happens outside the comfort zones of corporate culture; change is not welcome in companies that have finely tuned business models that are the bread-and-butter of a company's existence. That said, as technology continues to be more accessible there will always be better ways of doing things. So, how does one approach a complicated problem with the goal of developing an original solution?

The best way to come up with a novel solution is to break the problem down to its fundamentals/ first principal. Over two thousand years ago, the ancient Greek philosopher Aristotle defined a first principle as “the first basis from which a thing is known.” Reasoning from first principles has been employed by Johannes Gutenberg, Nikola Tesla and Benjamin Franklin – all known by their breakthrough innovations. The most prominent entrepreneur of our times, Elon Musk, has been championing this way of reasoning with nearly every new venture since selling PayPal. Reasoning by first principles is understanding the fundamental truths for a given situation and starting from there. 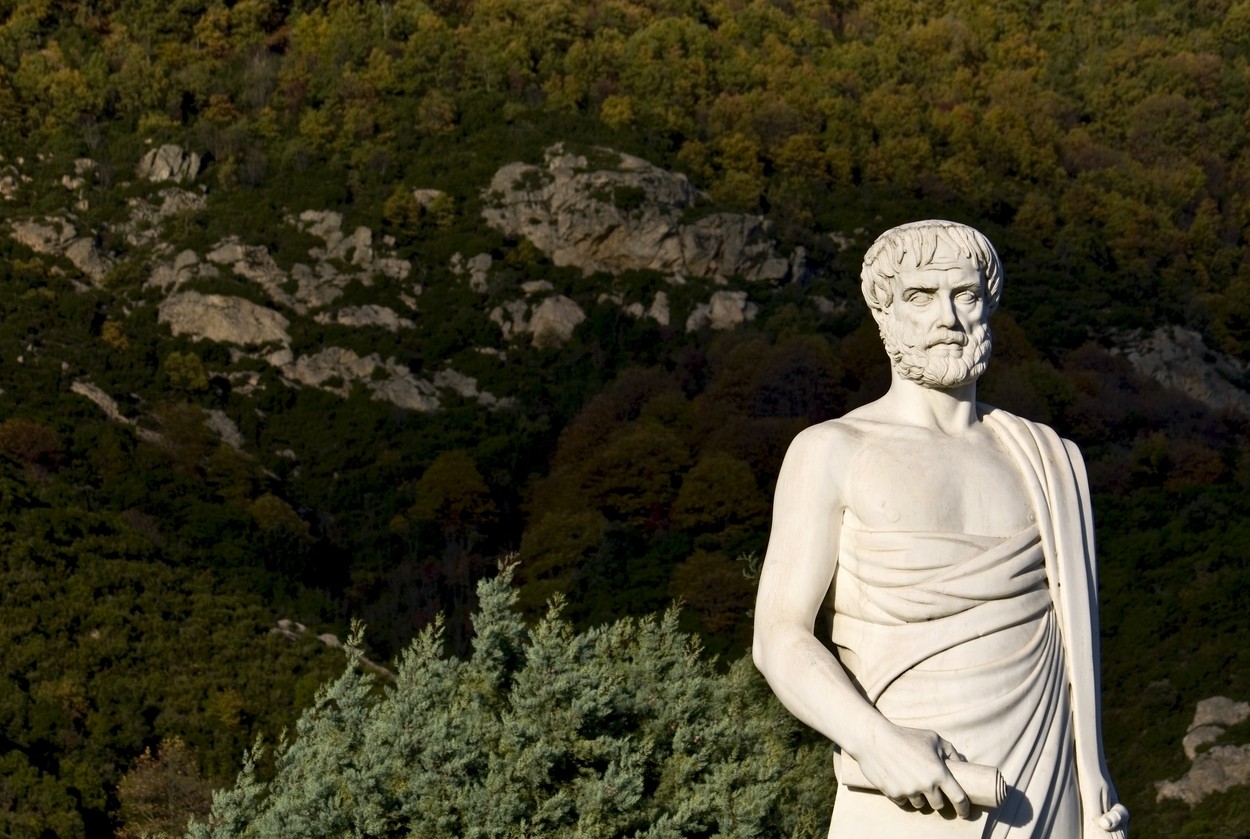 Take for example the presidential election last year – Trump’s campaign was focused on reducing votes for the opposition instead of gaining votes for himself. This was based on data that illustrated Trump would not be able to win more than his hardcore fan’s votes. He did just that, reducing the number of votes for the opposition, to become the 45th President of the United States. If organizations have the ability to question the status quo, they have a better chance of staying relevant, but this is just the beginning.

Once there is an open-ended question that challenges the status quo, there has to be a move to answer it. I call this ‘a bias towards action’ – create a culture and environment where trying things out (with the possibility of failure) is welcomed and encouraged. Innovative organizations are ones that embrace the idea of “trying things out” into their culture. This entails not only freeing up the human capacity to do something but also having the resources and connections to make ideas move from theory to reality.

In the 1950’s 3M had 15% time which resulted in the invention of Post-It notes and masking tape. Gmail, AdSense and Google News all originated from Google’s 20% time. While at Google, I spent part of my 20% time teaching creative skills for innovation to internal teams, clients and non-profits. Another version of empowering people into innovation is Adobe’s Kickbox – a cardboard red box that contains money, a checklist of actions to achieve, learning frameworks, and sugar and caffeine to get the ideas flowing. In the end, addressing innovation is about understanding the power of making things happen outside one’s comfort zone and with as little bureaucracy as possible.

Lastly, innovation is about collaborative teamwork. This can be achieved through an organizational culture that embodies a strong sense of empathy and diversity. A place where risk and failure are not feared but embraced as tools for learning. Creating an environment where everyone feels like they can be themselves is also one of the most difficult steps to achieve as the majority of the companies today are still structured in silos.

In the 1900’s during the Industrial Age, when factory-line work was the only way to produce things at scale, having an organization structured in silos was logical. The challenge with organizations structured in silos is the lack of empathy each group has for one another as people are focused on their own piece of the pie. Innovative organizations understand a diverse group of people, with a strong sense of empathy for one another, are paramount to staying relevant today. 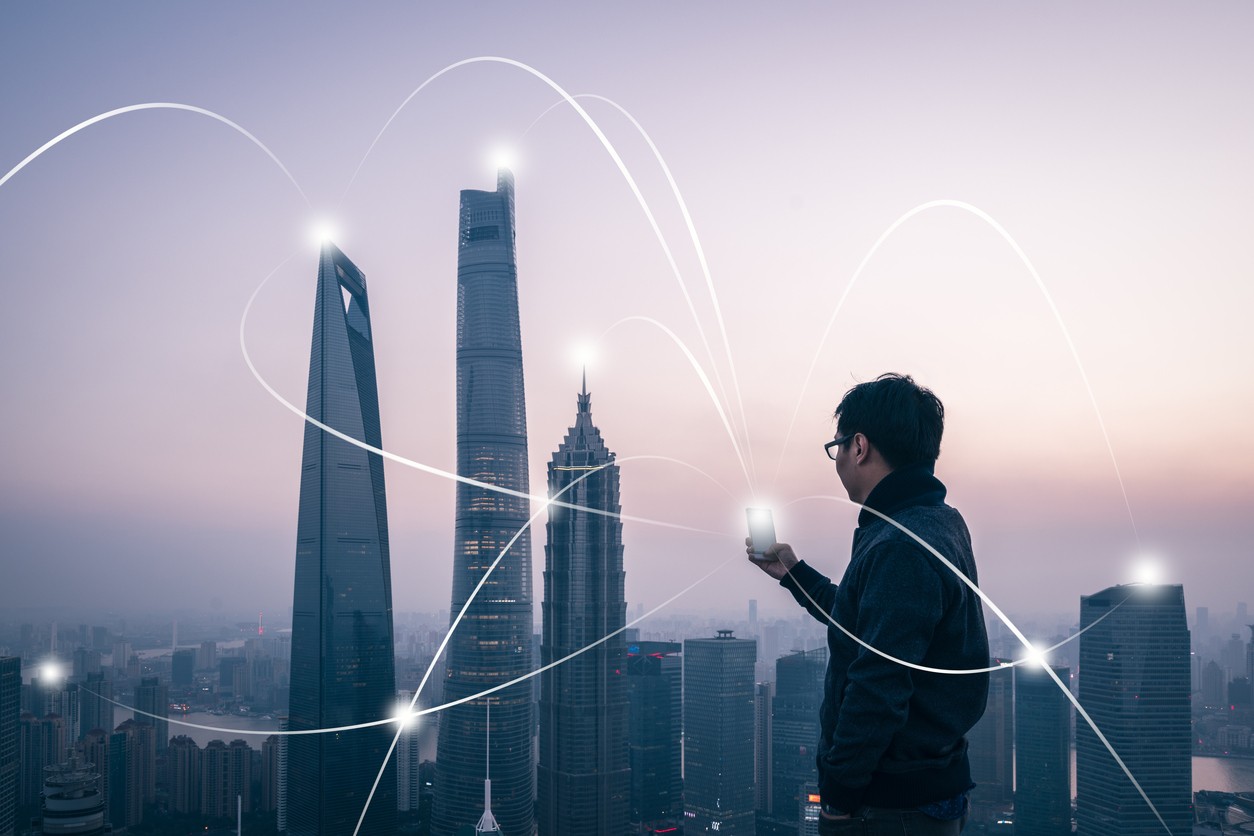 The Fourth Industrial Revolution is upon us: When compared to the previous, the Fourth is evolving at an exponential rather than a linear pace.

These three skills (questioning the status quo, a bias towards action and collaborative teamwork) are the key to developing innovation individually and in organizations. Organizations that foster innovation understand that the work environment has to be a creative environment; a place where people question, make things and collaborate across different disciplines. To introduce teams and companies into the creative process and cultivate their own creativity, my experience has demonstrated that doing is better than saying. Therefore, when I’m not delivering a keynote on the creative leadership I develop and facilitate workshops that focus on making ideas real.

As a tangible experience, workshops are a form of learning that have the ability to make the concepts above resonate. One example of a workshop I developed and facilitate is having people from diverse teams create teams and build autonomous drawing machines. Every time I have facilitated this workshop people get to go and have first-hand experience with each of the steps mentioned earlier: questioning the status quo using first principles, a bias towards action with the given materials in a constrained time limit and collaborative teamwork. From my experience, the most successful teams are the ones that start trying things out right from the start and end up reiterating on their original idea once they have the first version running. It is their creative mindset playfully at work, making things that inspires me to move forward.

This is my current process but it is always evolving, always changing. Organizations that fail to understand change is constant succeed in becoming less and less relevant. And those that are driven by fear instead of curiosity will simply not be able to compete in the future. The organizations that create and nurture a culture of creativity – built on a foundation of empathy, diversity and action – will be ones that stay relevant and shape our world for a better tomorrow. 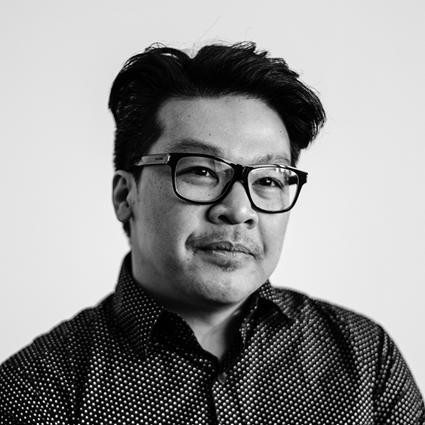 You are remembered for the rules you break. – Douglas MacArthur

The best teaching starts with those who teach