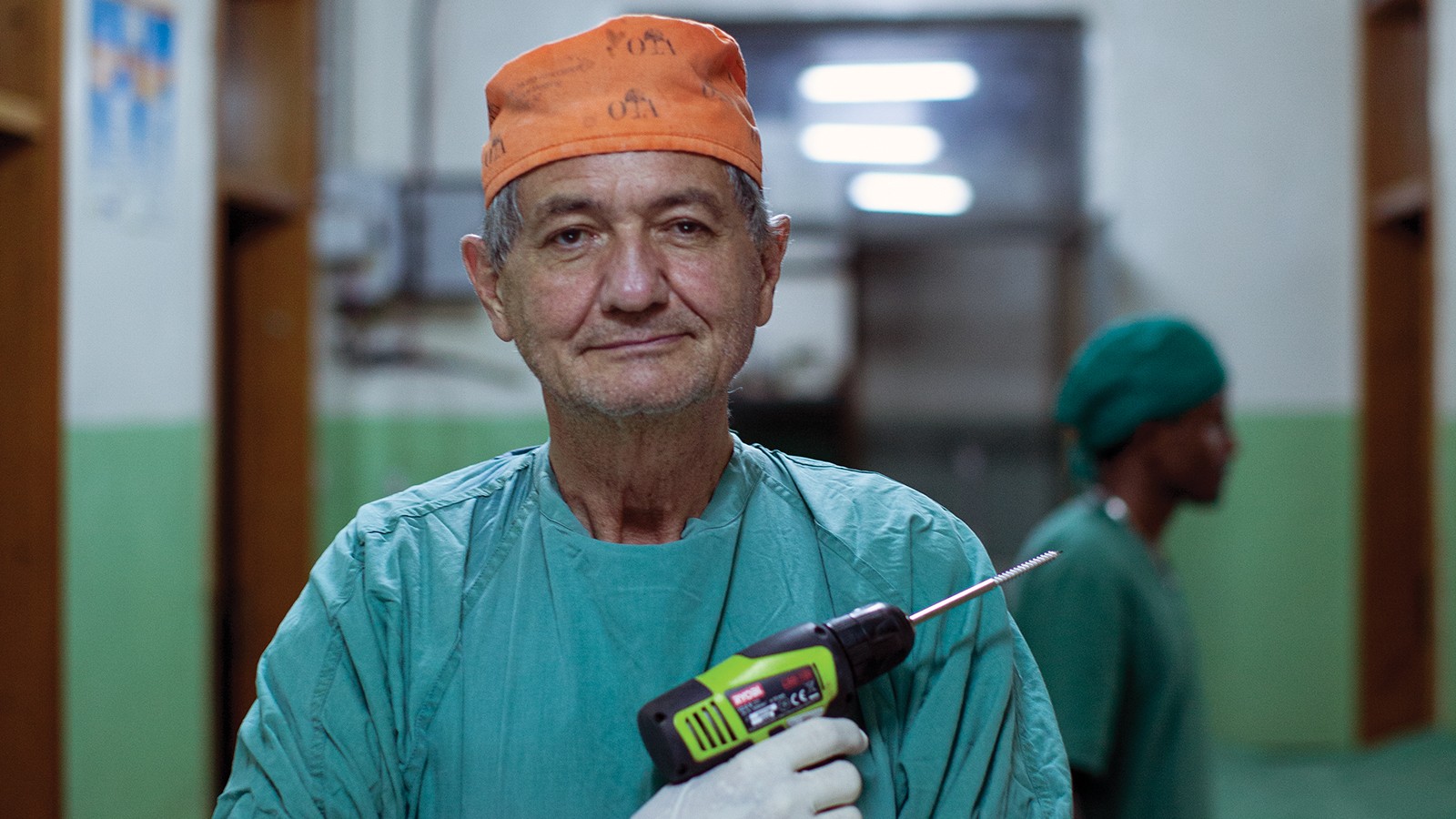 — In the Rebel Surgeon, Erik Gandini tells the story of a Swedish surgeon who grows exasperated by his country's bureaucracy, and moves his practice to a small village in Ethiopia.

“I do only things I’m curious about, or things I’m annoyed by.” Erik Gandini summarizes his approach to filming in one line. His latest film, The Rebel Surgeon, where viewers find mirrored correlations between personal utopias and encompassing dystopias, is no exception. “My time, or rather present and its representation, is what intrigues me, as it hides a provocation: how can one explore it and expose it while it’s actually happening? It’s a question of becoming wise about things I find dysfunctional in my present.”

Erik Erichsen is an experienced Swedish surgeon, who decided to move his practice to Aira, a small village in Ethiopia, after growing exasperated by his country’s bureaucracy. Like Gandini, he is an investigator of humanity, with a keen eye for contradiction and an urge to dissect—to separate health from disease, possibly to heal. The two also share a critical view of Sweden, on the relativity of health and happiness and the costs that a certain type of welfare implies.

“I came across this story after finding Erichsen’s unknown blog, where he revealed an enthusiastic obsession for the craft of surgery. He talked about his work on the operating table the way a chef talks about food. On a larger scale, I was fascinated by his journey — massive migration fluxes are going North, yet he chose to go the opposite direction. If I were to say Africa is better than Scandinavia, it would sound like a provocation — and that is exactly what I want to explore with the film.”

“While shooting The Swedish Theory of Love, I felt Erik and his wife Sennait deserved more time, observes Gandini. I usually don’t work on character-based, portrait documentary, but in this case, he was interesting enough to carry the whole story. This is a man who had a profession that is probably the most meaningful one in the world: he saves lives: that is something that should be fulfilling. But despite this premise, he ended up being completely disillusioned, and he lost his passion after three decades in Swedish healthcare. He found himself spending more time in front of his computer doing reports about surgery instead of actually practicing. He was in an environment that was looking for perfection in a manic way — this bureaucracy is a form of control. It became too much: he decided to quit his job, to go to a place where he would earn much less money, and have very few resources. And there he found his professional happiness again. It’s an inner critique of Swedish society — often presented as the peak of social development, but this is an arrogant and problematic assumption, and something I tried to question with this film.”

Shared names, shared journeys: something brought Erik G. to Erik E., in a small, understaffed, ill-equipped field hospital — a self-proclaimed “surgeon’s paradise.” There is a shapeless but deep connection between the two Eriks — in some ways, they’re both surgeons, cutting and rebuilding.

“I met Erik in his hospital in Sweden, before heading to Ethiopia, recalls Gandini. It’s where I got the shots of the depressed doctors. I was struck by how clinical everything looked, which, of course, made sense, and by how tense and sad it appeared. I felt very uneasy filming an operation room in Sweden. When we were in Aira, it was the opposite. Erik’s enthusiasm in the surgical theatre was contagious, and the surgery became really interesting — because surgery is really interesting. Surgeons have this idea that you can fix everything with your hands — especially Erik, who came from orthopedics: hammers, saws, tools, measuring limbs… He has this Macgyver attitude, which he applies to all things and all diseases, sometimes even in questionable ways.”

“He talked about Swedish colleagues sent to other countries complaining about lack of equipment: he’d tell them to go to the supermarket, find screws, hair clamps, hand drills—it’s all a matter of creativity. It’s something that resonated with me, because I think creativity is precious and easy to lose. And it’s like that in any profession, which is why when the film was released, a lot of people could identify with Erik’s broken enthusiasm and struggles with bureaucracy and administration.”

Gandini’s work with Erichsen wasn't’ driven by enthusiasm alone. There were ethical traps to be avoided, and the documentarist at times was openly worried he might be shooting someone committing crimes, perhaps wittingly. 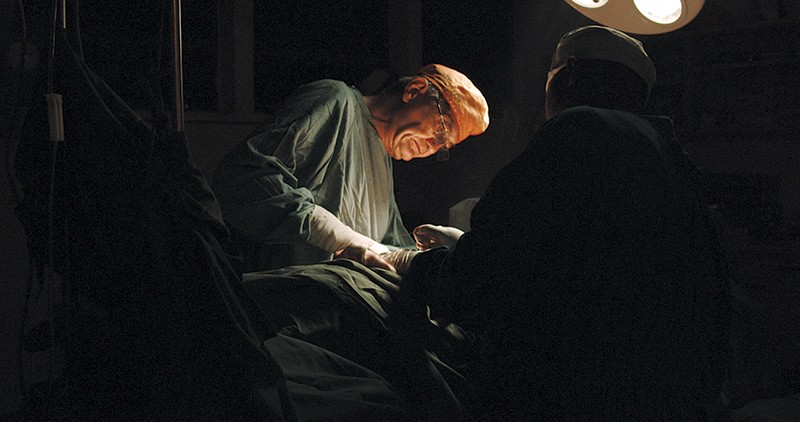 “There was a predictable narrative I needed to move past (heroic surgeon, visits poor country, saves lives) to create a wider social critique, which was challenging, confesses Gandini. At the same time, Erik worships his creativity, which in turn saves lives. And it’s something the whole continent is good at — African ingenuity, how to solve things with scarce resources. Erik learned this in Ethiopia, shaped his own philosophy, and his views on the Western world. Sometimes I worried that he was a sort of mad scientist—or a cursed character, out of Apocalypse Now, somebody who built his own kingdom far away, where no one controls him. It was important for me to ask him to question his own lack of control. He told me he isn’t beyond rules: there are regulations in Ethiopia, his colleagues are always looking at him, and he has a conscience. The main difference for him was the simplified equation he had here: if he did nothing, the person would die either way. In the end, I truly believe he’s a good person, even though I had to remove some of his jokes. They could have destroyed his character, but this humor for me guaranteed his good intentions. As did his wife Sennait, who is Ethiopian, and a very strong person.”

The Rebel Surgeon develops by traversing layers and juxtapositions, forcing the North of the world to face the South, inspecting a very individual utopia hidden in a much wider dystopia, at least from a Western perspective. And speaking of perspective, Gandini’s own ideals and ideal versions of the world come into play, especially when filming the reality and visions of other human beings.

“I’m sure another doctor would have considered Erik’s hospital in Aira an absolute nightmare, an apocalypse. But for him, it meant performing more operations than writing about them, embracing his wife’s culture, and in general expressing curiosity towards the world. Erik is not afraid of difference — I was working on a broader project on cosmopolitanism before filming The Rebel Surgeon, and Erik became a materialization of some of its topics. My whole profession is about taking the freedom of showing the world as I see it. That’s the creative force behind every artist, I’d say. My tools are images, editing, and sound. For instance, structuring a film about a whole country is emotional and political — being able to encapsulate everything in a consistent product feels incredibly empowering. It’s what sets you apart you from being a passive consumer, stuck in front of a screen looking at someone else’s version of the world. Making documentaries allows me to expose myself to reality physically.”

If the medium really is the message, the hospitals in Stockholm and Aira become a container — a concrete metaphor — of the contradictions hidden in the growth of our societies. And this is especially true for Sweden, which is considered the pinnacle of social planning. However, despite their critical view of Sweden, and their intense travel and knowledge of the world, both Eriks ended up staying there.

“It’s a country where decisions have been made collectively, with radical ways of conceiving personal independence, and as a result it has taken enormous steps for gender equality, environmental planning, and education. As long as I can do films which criticize the country I live in — this film is financed by Swedish television, as was The Swedish Theory of Love — I have a sense of security. Doing my art is my duty and my joy: to remind ourselves that we still have a lot to learn. I don’t think a perfect society exists. that the best definition of a good society is a society that does not perceive itself as perfect. That’s when problems arise: when you think you’re better than everybody else. Sweden isn’t a utopia: Sweden Democrats, an anti-immigration party, is the second-largest in the country. There is a strong presence of really evil forces, because that’s what they are.”

“I never asked myself if my work has shown more utopia or dystopia — argues Gandini —. In the 1930s, in Italy, Futurism — who made the unfortunate decision to side with Fascism — was one of the few artistic movements that expressed undivided optimism toward the future. It’s a time in my life where I’m questioning whether documentary is showing only the worst the world has to offer. Exceptional social and technological changes are actually taking place now, and we have the opportunity to live better lives. After I screen my films, I often get asked what I’m proposing as an alternative. To be honest, I’m only a filmmaker, but I’ve started to think that bringing the future into films is an interesting goal: we focus a lot on the past and the present, but we can start to offer a perspective for younger generations. Showing dystopia to discuss utopia. Luckily, though, so far, I’ve seen more utopia.” 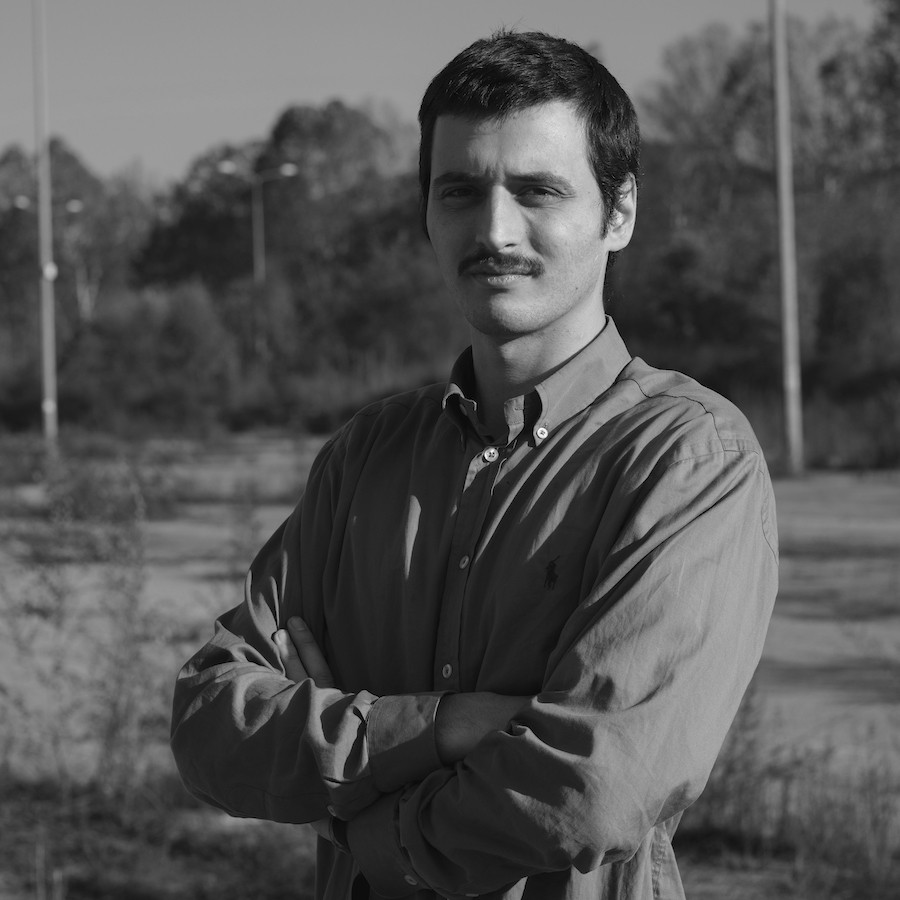 The Future of Healthcare