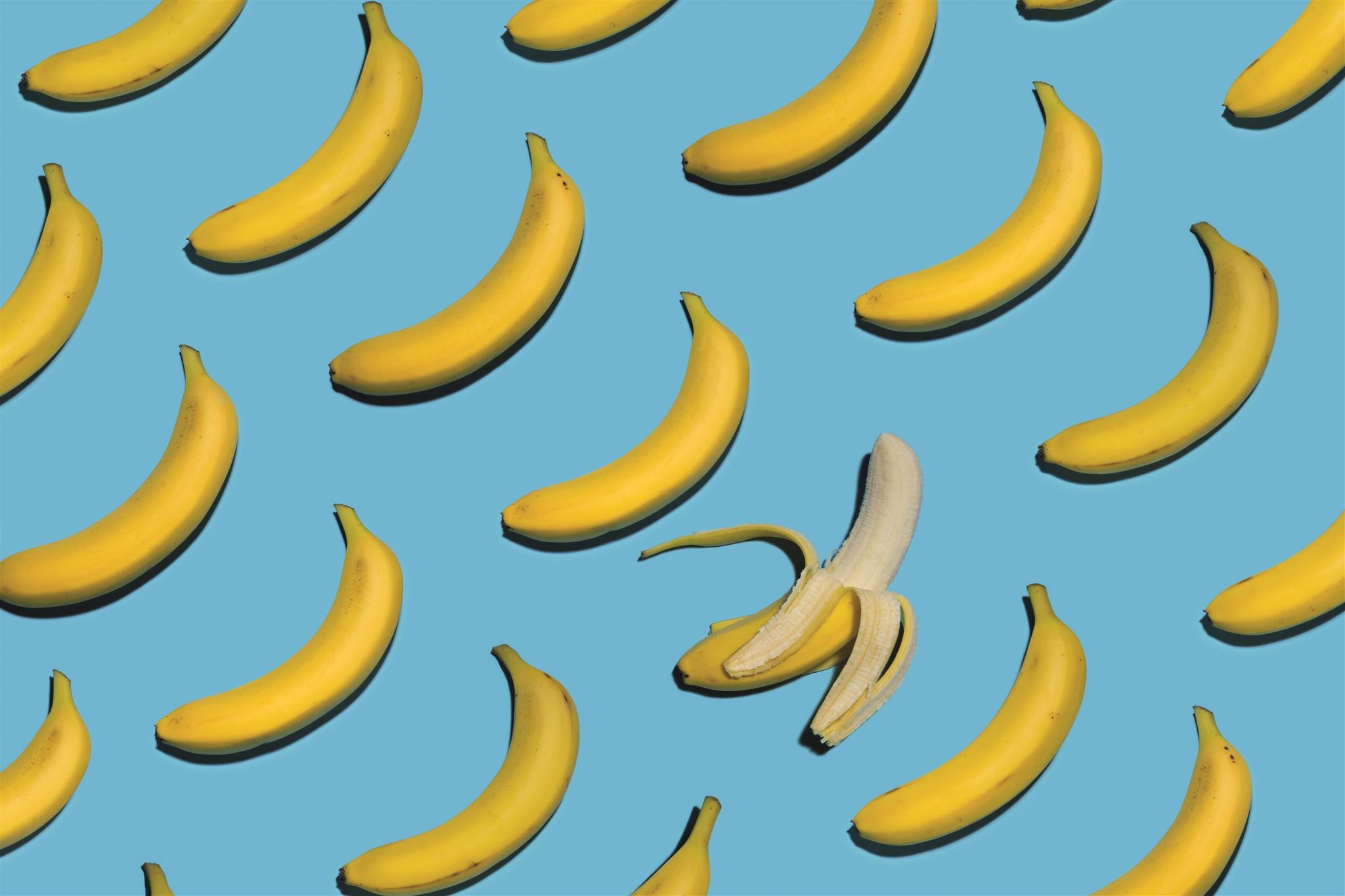 — We spoke to Marcio Barradas, CEO and Founder of Moodbytes, a company focused on the application of the latest technologies in the food sector and how 3D printing is changing the game.

What's the future of food in your opinion?

It is future shaped by big change: we have to come to terms with the fact that the world is tremendously overpopulated. The people that grow food – as well as the industries that are in the food sectors – are now becoming more conscious about the change that is happening. Besides overpopulation, another problem is the principles that we use to create food: they are damaging our planet. There are traditions about acceptable ways of rearing cows, acceptable ways of growing vegetables etc., but these traditions have been adulterated and manipulated. We are now in a world where a fast-food culture has permeated all areas of the industry: so we rush rearing cattle, we rush growing vegetables, we rush everything in order to have it available to hand for our consumerist society.

If we want the planet to keep on providing for all of us, we need to rethink the old industries and take advantage of the new technologies that are emerging – experimenting in ways that we haven't tried before, especially in how we preserve food and avoid wastage. For example, in the future I expect big changes such as dehydrating and lyophilising ingredients that are close to their expiry date in order to extend it for a year or two: retaining vitamins, minerals, acids and proteins among the ingredients.

Over the last few years, another trend that has surfaced is people wanting to be informed about what their food contains. If in the past we had to read a label describing what we were eating, soon they will only have to pass their mobile over a bar code that will light up a green, yellow or red light depending on what's contained in that package. This will be a kind of Shazam for food, signalling how it was sourced and its benefits for the body. 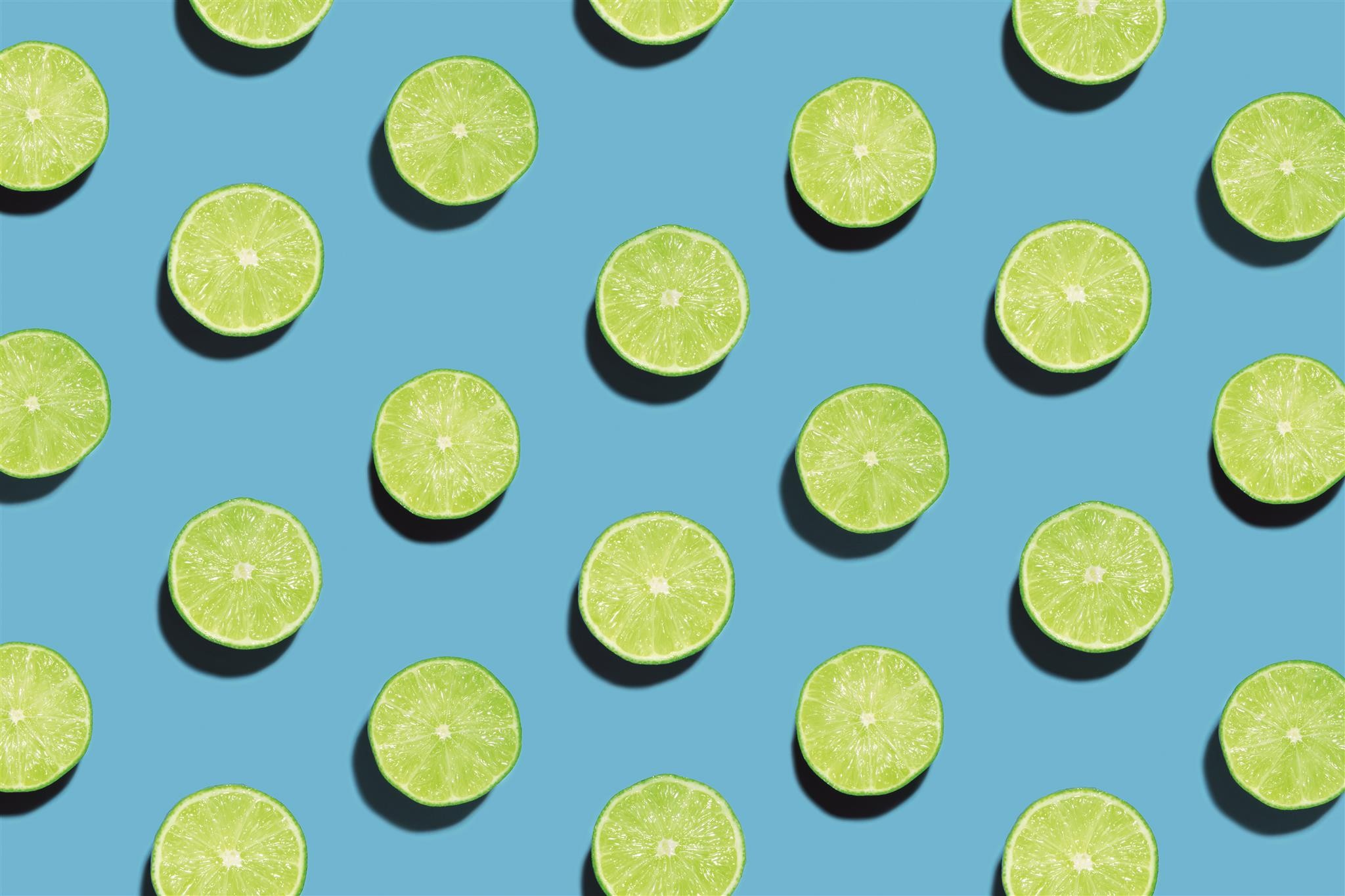 Columbia University’s Creative Machines Lab -- are creating printers that can deliver precise, exact doses of vitamins, via tablets or nutrition bars, calibrated to sync up with sensors in our own bodies.

What is a Superfood?

Over the last few years, many studies have been conducted on how food can affect our moods and immune systems. Ingredients such as chlorella and goji berries contain high amounts of protein and amino acids.

So, as an example, if I were to make a normal milkshake and then add a small amount of one of these ingredients, my body gets increased, super benefits. I would not just be satisfying my hunger, but also giving my body a boost of something extra, either for my immune system or to have my body detoxed. We can use many of these ingredients present in nature and mix and match them to create what we now call a superfood.

What other developments have you noticed in the food industry as of late?

What I see is that the major companies dominating the sector are really learning a lot from startups. Big companies are looking into food tech startups or following their example in creating a circular economy, from growth mindset to conservation. There are quite a few new examples of how to grow food and rethink space. Vertical greenhouses for example, can still yield lots of food but use much less water.

The fact of the matter is, we are not too late to save our planet but we are also not in the best position either, if we want to continue to prevail as a species and keep having access to what we like to eat. We can really only work with and purchase from companies that are future-thinking. As consumers we must stick to principles such as no waste and no plastic, ultimately re-evaluating what and how we eat.

What’s the biggest challenge in convincing people to adopt these new foods? How do you persuade consumers that this is the right path?

The biggest challenge stems from the fact that most cooking techniques and traditions worldwide are ancient. So over time we have stopped thinking about how and why we do things, resting solely on the fact that we have been doing it the same way for centuries. But our reality today is much different from the past. Now we have an excess of people in the world, which demands more of the Earth’s resources, yet we are still attached to the traditional way of doing things even if we are now modern-day consumers. Once, we ate because we were hungry, there was no room to be inventive or picky about we put into our bodies – we simply didn't have enough. Instead, we ate what was available. Nowadays it’s different, we consume much more than what we actually need and our planet cannot handle it.

Which means we need to rethink the way we process food for the masses. I made a world tour across many Southern European countries like Portugal, where I come from, Italy, Greece, Spain, etc. We are much more attached to our food than people from Northern Europe. Tradition counts for much when it comes to what we eat. So these new technologies can be rejected at first, because people don't understand them. So when they saw me printing food, several people came to me asking how many chemicals I was using, what do I put inside the machines, if it prints by itself. In London and in the Netherlands such questions never came up. People think this is a wonder of the modern world so it must be using all kinds of chemicals to replace food. In Lleida, Spain, a city with an important agronomic culture, I brought the printers and shot a documentary showing that we pick the freshest ingredients and then transform them into a purée or recipe and then use the printer only to add aesthetic beauty. So 3D printing is adding beauty to dishes but it is not adulterating the food’s base components in any way.

People who are more motivated and think we have to act in a more responsible way when it comes to food are generally very open to such advancements. This nuclei of people tend to be more aware and conscious about what they're doing, they keep looking for new solutions in the market and they are normally the first adopters of this technology. Once we have created a community of first adopters who benefit from this, then it becomes very easy to ignite a trend that everybody wants to follow. Without them, we wouldn’t get anywhere.

Where else do you think 3D printed food will be better received and why?

I can say that it is becoming a trend is Japan. Japanese people love innovation and they are really keen in having their meal printed. I see it every time we take part in a worldwide event. If I'm printing food, I can be sure that European spectators will come to me and ask me lots of questions. For sure they will ask me if the food is edible, how it is printed, how the printer works. An American audience expresses wonder and then asks me if they can try. I’ve noticed that Japanese people will just try it, no questions asked. So it's a question of how our mind is prepared to absorb novelties. Japanese are very innovative and they are ready to try new things. Americans love innovation and are very open minded, while Europeans are too informed to break with tradition. It’s a cultural difference. 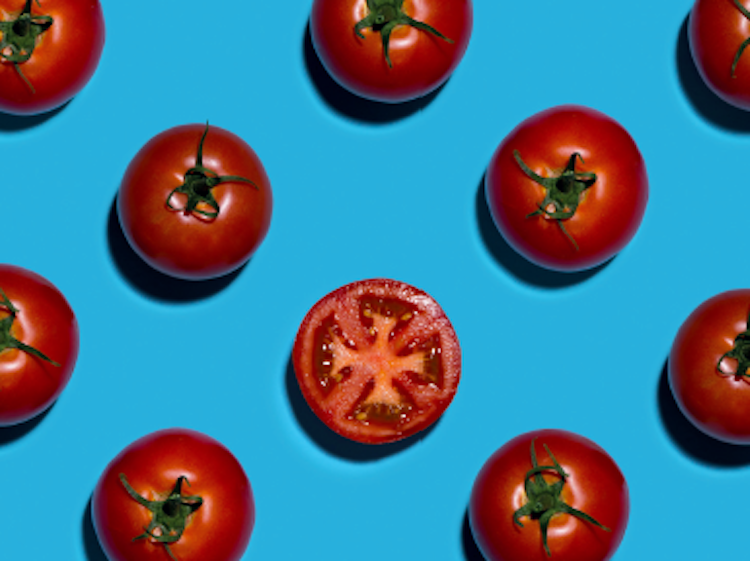 3D printed meat, as being trialed by professors at the Maastricht University, Netherlands, stand to reduce greenhouse gas emissions by 96%, while utilizing just 1% of the land, 45% of the energy and just 4% of the water as compared to conventional beef production.

Who can benefit the most from 3D printed food?

3D printed food is fascinating. One problem in the world today is that 6 percent of the total population suffers from dysphagia, a disease that prevents the sufferer from chewing. People affected can only eat purées and baby food throughout their entire life, which is very sad. But by bringing 3D printers to the centers where this disease is treated, we can print food that is shaped and tastes like chips, chicken nuggets or any other shape normal food has. We can even cook or boil it, generating more flavours and adding a lot of value to these people’s lives.

So we are already working with a few dysphagia centers. But we are also working with catering for the elderly and replacing part of their diet with (3D) food cartridges. There is also a future for 3D printed food in healthcare, wherein patients can eat food which is light on their stomachs, such as a tasty purée. We can also add medication directly to the food, thus reducing the costs and helping with a less invasive recovery. This technology can also be used to create specialized diets. For example, if you want to gain muscle mass we can prepare cartridges with a nutritionist, for each day of the week make different cartridges containing what you need to increase your muscle mass. By the same token, if a person wants to go on a diet but is afraid of losing some essential minerals, we can create some cartridges with a tailored amount of minerals in order to replace what is lost by the diet, so the person can lose weight without losing the essentials. These are the areas where 3D food printing is benefiting people who don’t have conditions too of course. It can help pastry chefs who with just once click, can make any number of cakes or anything for that matter.

What’s your opinion on artificial food?

If by artificial food, you mean in-vitro food, meat grown in labs for instance, my biggest concern is how it will affect our body in ten years time. I know it's going to be approved and legalized so it means that right now it has no harmful components, but my skepticism is still there. How is that going to affect our body? We know that food is also energy, it's our fuel. Normally, our fuel comes from things which have been alive. The vegetables, as they grow, they take some energy from the earth, from the water, from the sun and their natural environment. When you do it in vitro, how is that energy, the vitamins and proteins and everything that is supposed to be in our benefit, being transformed?

So I fear that we will be more and more inefficient because of a lack of natural energy. As I said, food is fuel and everybody knows that a good gasoline takes you farther than a bad gasoline. I think that we will learn the same lesson about in-vitro food. My biggest concern is about how we’ll feel in ten years time and which diseases we may develop from eating that. I prefer much more, an approach based on meat replacement, by using the organic vegetables available, grown naturally or even in a greenhouse, and transform them into ‘meat’. I believe that that is already been proven to be healthier than artificial meat. All in all, with these foods, it’s a matter of let’s wait and see. 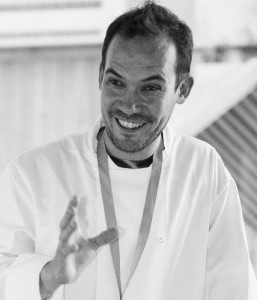 It's Time For Digital Fabrication

The Factory Around the Corner