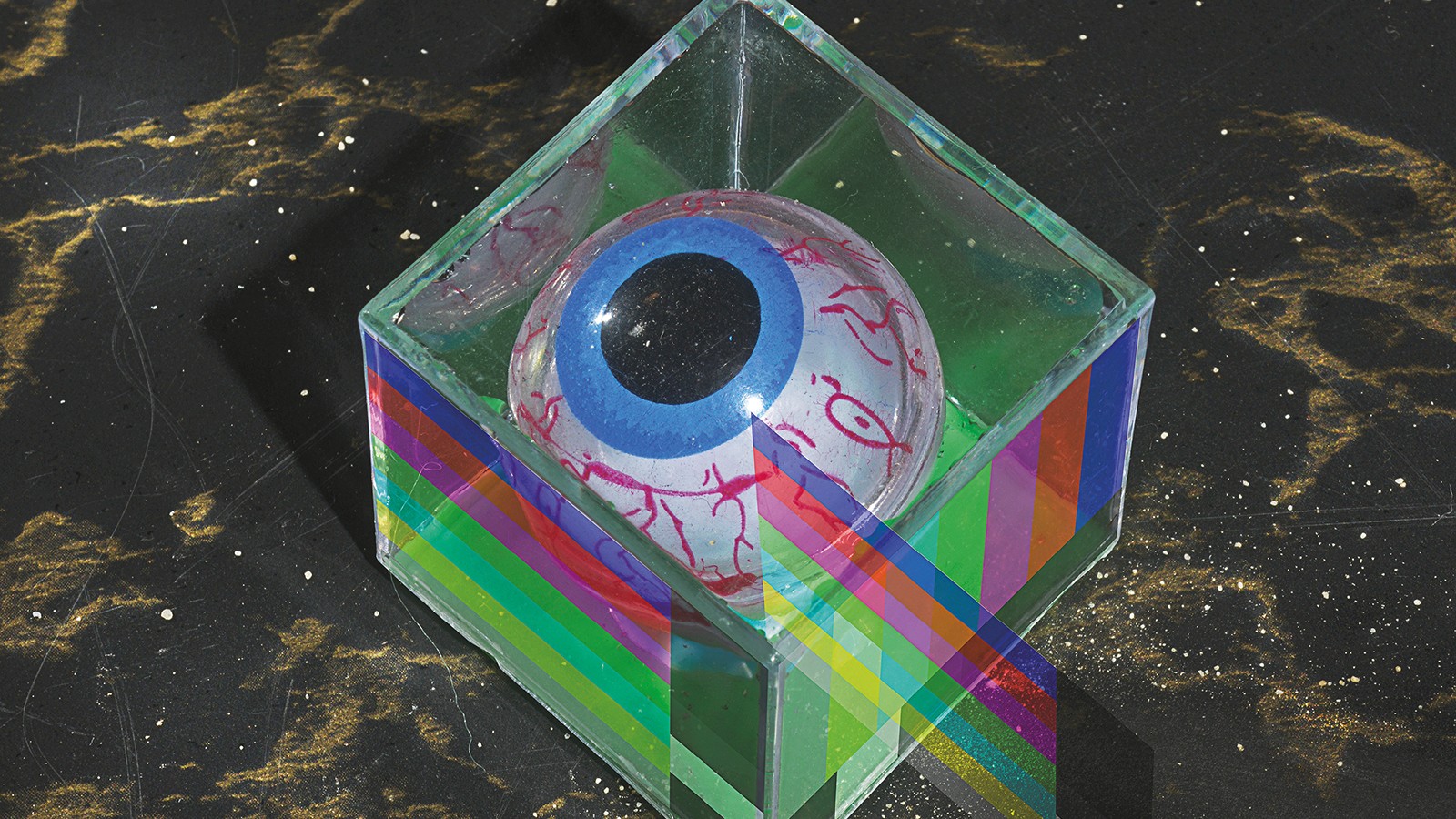 — How can we manage a World Wide Web that is inherently separate from reality, where our usual rules do not apply?

John Perry Barlow, a lyricst for Californian psychedelic rock band the Grateful Dead, rancher, and internet civil liberties pioneer, declared the independence of cyberspace during the 1996 World Economic Forum. His freedom of Cyberspace from the “Governments of the Industrial World” was to be without borders and time and space limitations, with digital technologies forming society’s primary structures.

Barlow’s declaration to world leaders, CEOs, and policymakers during a gathering of The 1 Percent in Davos, Switzerland, was later disseminated via email and on the nascent commercial web as A Declaration of the Independence of Cyberspace. He was already well-known and active with the Electronic Frontier Foundation (EFF), a nonprofit organization he co-founded in 1990 to fight to defend Internet civil liberties. Barlow passed away in early 2018, at a time during which the Internet looked very different than his original vision, yet his main point is still relevant today — governments have no chance to control the Internet.

A Declaration of the Independence of Cyberspace is a crucial text to understand “Internet exceptionalism”: a way of conceptualizing the Internet as something that is inherently separate from reality, a distinct space built around rules and principles that can’t be applied elsewhere. To express this new utopian view, Barlow did not choose the metaphor of “Cyberspace” — a term invented by sci-fi author William Gibson — by chance. As scholar Aimée Hope Morrison wrote, Barlow was explicitly drafting a vision “in which revolutionary politics are assumed to be immanent in the machines that structure and enable networked communication.” Likewise, in his book From Counterculture to Cyberculture, Internet historian Fred Turner put Barlow’s Declaration in the context of the nascent computational metaphor of the ‘90s: Overthrowing bureaucracy and alienation and re-connecting with the ideal society of the Free Speech Movement and “counterculture militancy” born on the University of California, Berkeley campus in the 1960s. That view, writes Turner, was “a world in which hierarchy and bureaucracy had been replaced by the collective pursuit of enlightened self-interest.” For these reasons, Barlow’s Declaration holds its place in the history of the Internet as the connector of particular idealistic, if not mythological, stances.

University of Amsterdam new media professor, Michael Stevenson, finds historical value in Barlow’s declaration. “The Declaration is certainly of historical value, in that it represents something bigger,” Stevenson says, “Barlow’s grandiose tone and the idea of ‘cyberspace' probably made a lot of tech people giggle because even then it sounded a little silly, but what Barlow and Mitch Kapor did in creating the Electronic Frontier Foundation was a very real attempt to represent a burgeoning tech community and net culture against state and corporate interests.”

When Barlow proclaimed his Declaration on February 8, 1996, it was not a normal day for the Internet, especially in the United States. The Clinton Administration had just passed the Telecommunications Act, the most significant telecommunications policy change in the country since the 1930s. The Act also included the Communications Decency Act, aimed at regulating pornographic content on the Internet. For Barlow, that sounded like a clear attempt by the government to extend its control over Cyberspace’s free lands, where Washington had “no sovereignty.” “This is a classic dynamic any new group of influential cultural producers, from artists to filmmakers to journalists and so on, will resist what they see as ‘contaminations’ of their core values,” says Stevenson. “As such, Barlow saw the Telecommunications Act as an egregious overreach by the U.S. government in an emerging culture or social universe that in his mind was best left pure.”

Barlow’s words were built around a recurring technology topos. The birth of each new communication technology brings a recurring discourse of radical change that “sometimes gives the impression that history stutters,'' as French sociologist Patrice Flichy wrote. These topoi take the shape of myths. Myths are deeply connected with technology and with communication technologies in particular: in this context, myths are tales that express what Vincent Mosco calls “sublime,” that, as natural wonders, promote “a literal eruption of feeling that briefly overwhelms reason only to be recontained by it.” The web, or Barrow’s Cyberspace, is definitely not the first technology to be surrounded by such a mythological narrative: “the declaration was not unique to the history of the Internet or history in general. Utopianism and myths are stories we tell to galvanize a group of people behind particular forms of thought or action, in this case, standing up for the ‘rights’ of a broad community of digital media producers and consumers,” explains Stevenson, who recently published a paper about the discursive constructions of the web as a disruptive, unprecedented technology, “this always involves some form of fiction that aims to inspire, and Barlow’s notion of independent cyberspace was meant to do just that. Even for the people who didn’t buy the ‘cyberspace’ metaphor, it must have felt good to circulate the Declaration and feel part of some larger social universe that was standing up against powerful state actors. A particular variant of the utopianism in Barlow’s document returned with the digital rights activism of Anonymous and perhaps some of the rhetoric around Dark Web initiatives, and this stuff will return again,” adds Stevenson.

Technological myths and “sublimes” are perpetual, even where proven wrong, mostly because the metaphors on which they are constructed recur in different moments of history. In particular, these myths tend to start with the proclamation of the end of history and birth of a new era. It was the same with “A Declaration of the Independence of Cyberspace,” which, in Barlow’s words, marked the beginning of a new era, invalidating information premises and structures, setting new principles. “Cultural renewal often relies on the ‘original principles,’ and there are bound to be more efforts to restore the web to what it was supposedly meant to be. There’s a thought among critics that it’s best if we are rid of such myths, but I think such myths are unavoidable, so it’s our job to engage critically but also with an understanding of their attraction and even their utility,” says Michael Stevenson, 23 years after Barlow’s presentation in Davos.

Did the Declaration actually inspire the future of the Internet? We may ask ourselves if Barlow’s vision and that utopia ever took shape. Looking at what the Internet is today in the most common ideas and opinions, we may find ourselves lost. The unexplored territory that Barlow was declaring independence from has been colonized by a political economy, surveillance, and the “weary giants of flesh and steel.” The governments of most countries on the planet have extended their powers over Cyberspace, mastering it. What was to be a “world that all may enter without privilege or prejudice according to race, economic power, military force, or station of birth” ended up becoming the weaponized playground of an extremely limited number of companies and a de-facto surveillance state. “The web has changed drastically of course, and a naive reading of the Declaration would focus on how Barlow's sense of a virtual world with its own ‘Social Contract’ was way off,” explains Stevenson discussing the state of the World Wide Web at the beginning of the 2020s. “The web is so central to our everyday media practices, commerce, and the internet is woven into nearly every domain of social, cultural, and political life,'' he adds, “and the sense that this is a world that anyone may enter without prejudice sounds ridiculous when thinking of the continuous deluge of stories about public shaming, hate speech, cyber-bullying and cancel culture on social media. Meanwhile, the hackers and web-natives that Barlow spoke for have grown up to be CEOs of some of the most powerful companies in the world — it’s clear that our need for organizations that look out for their ‘rights’ has dwindled, and instead we need declarations of ’social responsibilities’ on the part of the people who build our search engines, social media, and other platforms,” adds Stevenson.

The Snowden revelations in 2013 inspired a deep reality-check into the public discourse around the Internet and its role in today’s politics. Borders play a part in structuring the Internet, and countries such as Russia or China are investing billions in infrastructures capable of building censorship walls around their segments of the Internet. Public discourse is more a matter of corporate policies than uncensored speech, mostly regulated by unaccountable algorithms optimized for profit over democracy. What author Shoshana Zuboff has defined as “surveillance capitalism” — though we may question the existence of any difference compared to classic capitalism — has become the de-facto structuring force of the Internet itself and potentially any social activity. Is this what a failed utopia looks like?

Writing about the Web’s 20th anniversary, Evgeny Morozov investigated the rationale behind the Internet becoming a world of venture capital and big money. “Who would take out the trash?” asked Morozov in that article, stressing that the Declaration was originally drafted when the Web was all but populous, search engines were rudimentary, and social networking sites a mere idea. Still, Morozov wrote, “it’s not so obvious that John Perry Barlow’s call on governments to exit Cyberspace was a good one. In the absence of strong public institutions with oversight, corporations felt they could do what they wanted. In most cases, they just pretended these problems didn’t exist.” Those issues, though, ended up being crucial and pressing social issues. The vision of Barlow’s generation was laudable but has been co-opted because it failed to see how it could be easily co-opted, partly because those who were put at the center of the vision on paper, the same generation of Internet pioneers as Barlow’s and the one that followed — Zuckerberg’s — worked hard to build platforms whose aim was market optimization rather than society optimization.

Still, utopias are crucial in producing “alternative images of society that puts ideological images into question,” wrote digital surveillance and politics of data scholar Lina Dencik in analyzing the current “pervasive atmosphere” in which surveillance as ordinateur of society seems an irreversible destiny. During times in which Amazon’s Jeff Bezos declares that Silicon Valley’s firms should feel comfortable doing business with the U.S. military, there is a huge need and demand for structuring a new utopia for the Internet, capable of inspiring the future of the Net and, consequently, that of the society we want to live in. 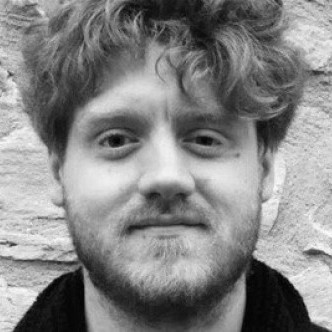