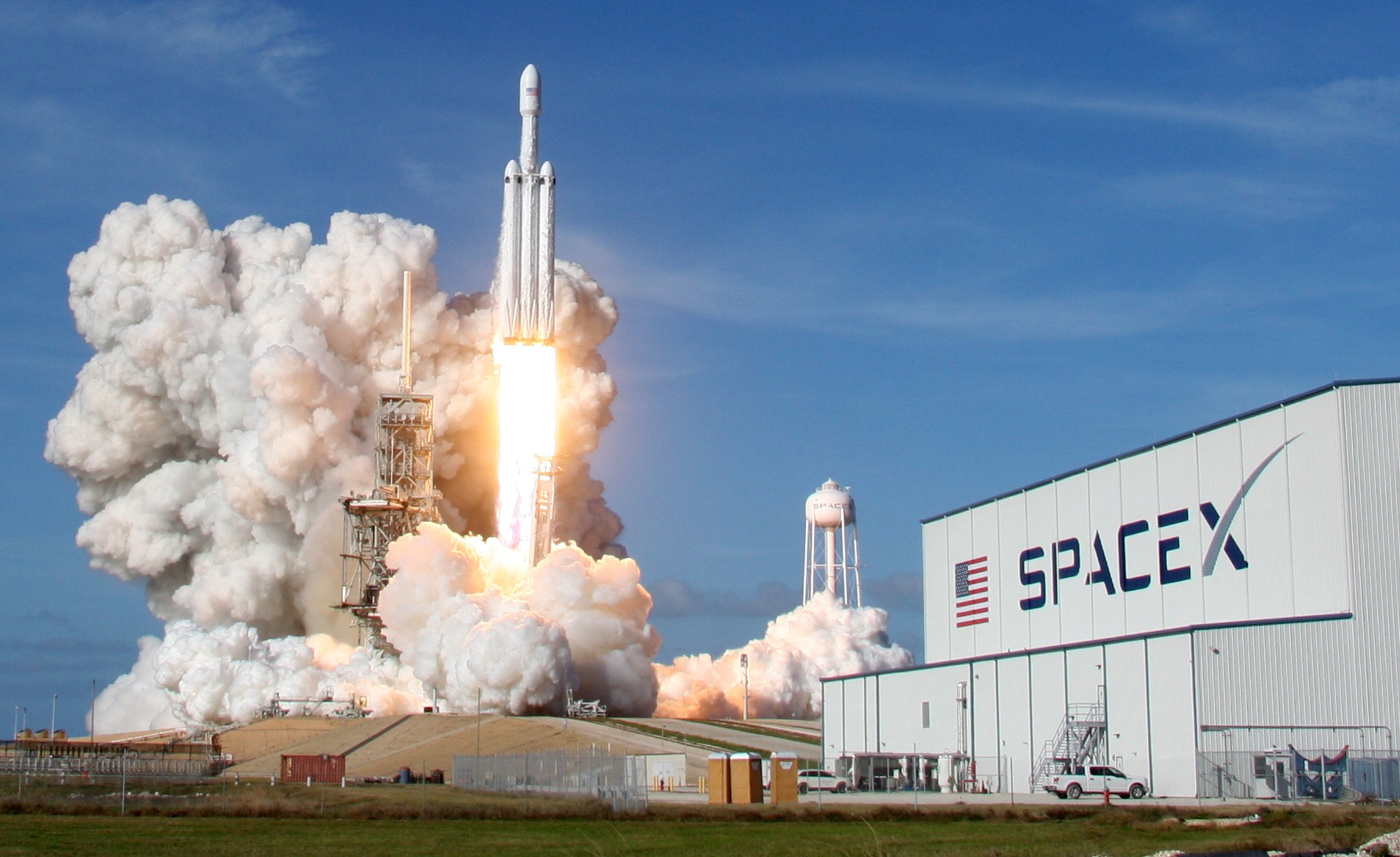 — A small step for mannequin, one giant leap for mankind – and for music too.

The recent launch of Heavy Falcon rocket accompanied by a Tesla Roadster piloted by a dummy astronaut to the tune of Space Oddity, stirred in us once more feelings not experienced since the Apollo lunar landing touch down. At the time, a young David Bowie had just re-released Space Oddity, which had been published three years prior with little success, and was benefiting from the euphoria generated by the mission. It was July 1969. The moon was reached and a star was born. Back then, the space race was in full swing: a two-horse race between USA and USSR, but this is not the case today.

It would seem that Elon Mask has always been a fan of David Bowie, judging by this video from SpaceX.

In 1965, counting all its satellite activities, the National Aeronautics and Space Administration (NASA) employed more than 400,000 people and absorbed 4.31% of the American budget, around $41.5 billion in today’s money. In 2018 it has become more streamlined – with limited personnel and a smaller budget, 0.47% of the Federal budget to be exact – slightly less than 20 billion dollars in 2017. Its ambitions, however, didn’t lower. The moon landing was a milestone moment but space is so vast that there is so much more needed in answering perhaps the most fundamental question of all: are we alone? Is there any form of intelligent life out there? Lost in one of the two trillion galaxies composing cosmos? 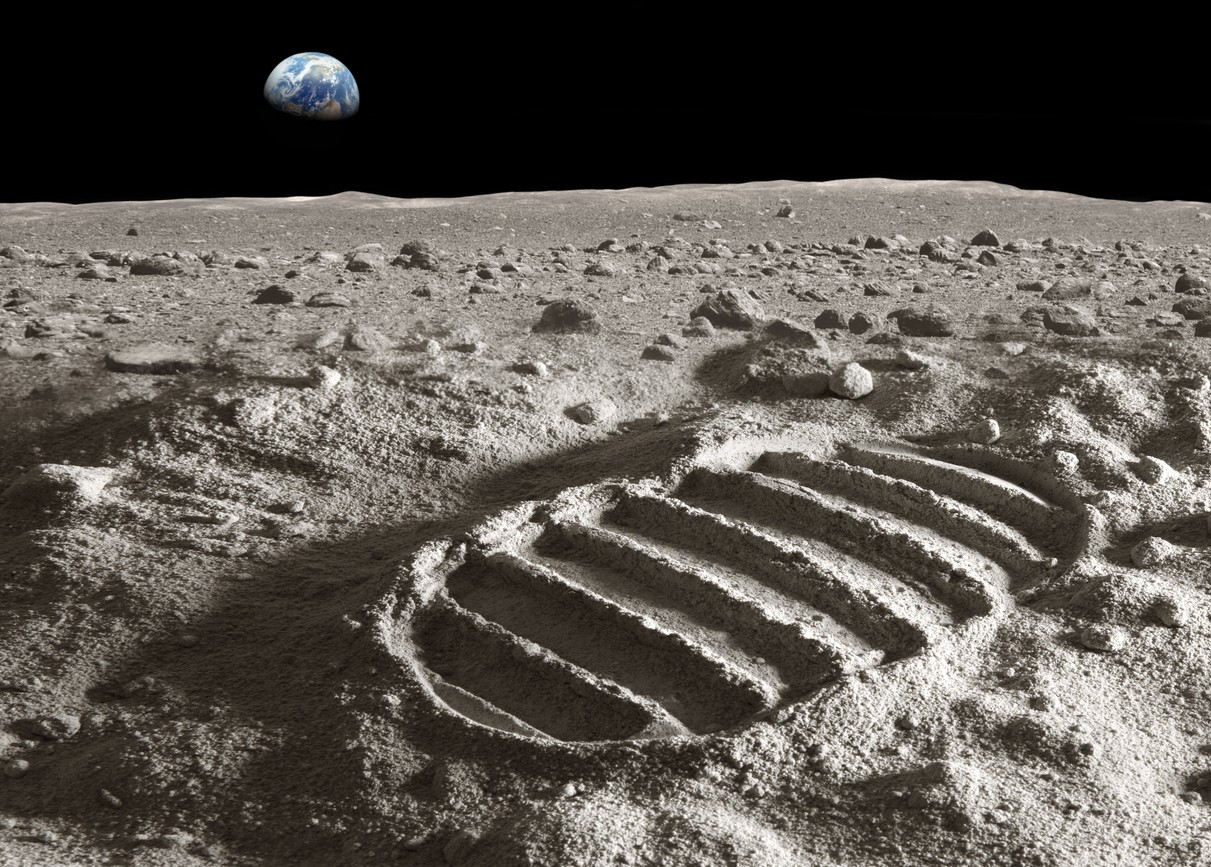 On the 20th July 1969, the United States' Apollo 11 was the first manned mission to land on the Moon.

As its site says, NASA has a very long to-do list for 2018. Between May 5th and June 28th it will launch InSight (Interior Exploration using Seismic Investigations, Geodesy and Heat Transport) and a Discovery Program Mission whose goal is placing a lander on the Red Planet to study its surface and its deep interior, thus allowing scientists to learn more about the formation of planets of the inner solar. Furthermore, in August spacecraft OSIRIS-Rex, launched in September 2016, will reach Bennu, a near-Earth asteroid. If all goes to plan, by 2023 OSIRIS-Rex will bring back sample of its surface to be studied. Next June, it will be the turn of Transit Exoplanet Survey Satellite (TESS) to go out in space in search of exoplanets: planets outside our Solar System which orbit stars. According to NASA, TESS “will survey 200,000 brightest stars the sun to search for transiting exoplanets”. “Transiting” refers to an event that occurs when the light of the host star is partly blocked. The satellite, its creators confide, will likely find around 2,000 planets that could support life, 300 of which are the same size as the Earth or even bigger.

There is a sort of joyful tinge in this challenge to solve some of the deepest mysteries of the universe – contrasting with the egotistical and warmongering purpose behind the Cold War’ space race. “In the event that this Fantastic Voyage would turn to erosion and we never get old”, the Thin White Duke sung in 1979. For both the Soviets and the Americans there were extremely concrete reasons to put their flags in the lunar crust and they were tantamount to Mélièsian dreams. The two superpowers wanted to show the world how powerful they were and wanted to scare each other with the range of the carrier missiles: if we can reach the moon, just figure it out how easily they could reach anywhere in the world.

More than 20 years after the end of the Cold War, the mood is different. Although new rising powers such as China and India are using their progresses in the space tech field (also) to prove their new status, there is an associate spirit that was completely absent in the Sixties and Seventies. This spirit is embodied by the International Space Station (ISS), which is the result of a joint effort of NASA, Roscosmos (Russia), JAXA (Japan), ESA (European Union) and CSA (Canada), an artificial satellite built in space between 1998 and 2011 and inhabited by a crew of astronauts from different countries. 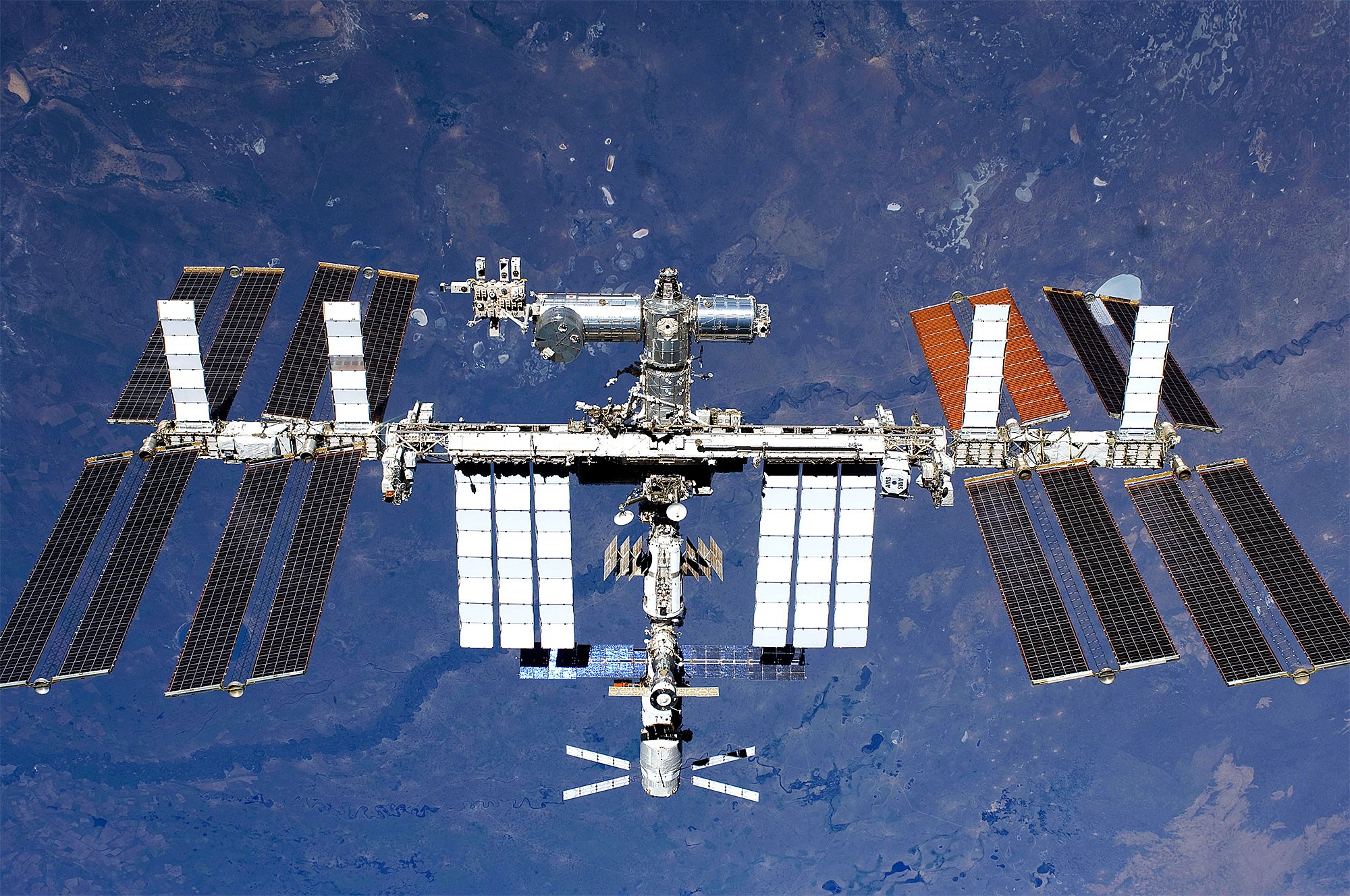 Development and assembly of the station continues, with components scheduled for launch in 2018 and 2019. Photo Credits NASA.

NASA will also spend 2018 by developing and testing its Orion Space Launch System to send a crew to the moon. In another jettison from the norm – their site states that NASA will launch astronauts from US soil alongside NewSpace companies: the term used to indicate the emerging private spaceflight industry. This new, fruitful partnership between governmental agencies and private companies is the result of an array of factors overlapping and boosting one another.

As mentioned before, NASA has seen its budget grow nominally over the past decades. Driven mainly by inflation with cuts made under the Obama administration, NewSpace companies have breathed some life into the industry and helped reduce cost. An internal document, published by American Institute of Aeronautics and Astronautics and quoted in Ars Technica remarks that: through its Commercial and Cargo Crew Program NASA “is investing financial and technical resources to stimulate efforts within the private sector to develop and demonstrate safe, reliable, and cost-effective space transportation capabilities”[ix]. This has already saved the US government billions of dollars. In 2006 it was decided to turn to private companies to send supplies to ISS instead of using NASA’s own rockets. The difference has been striking: those operated by SpaceX or Orbital ATK for example “cost two to three times less” than those operated by governmental firms.

Of course, NewSpace enterprises saw the possibility to find new market niches and business occasions and thus a new market was born. By 2015 funding for these endeavours had reached $4 billion and deals had risen to 400%. The overlapping factors multiplying each other’s effect are basically threefold: governments provided funds which strengthened private R&D; this money renewed interest in a field which had always been unattractive to companies that couldn’t afford to await such periods of time for returns on their initial investment. This reinvigorated competition reduced the operative costs, thus making the race even more tantalizing to investment. Finally, in the last two decades’ technological progress multiplied the means and the possibilities to extract value from space exploration in what is now a very promising market. 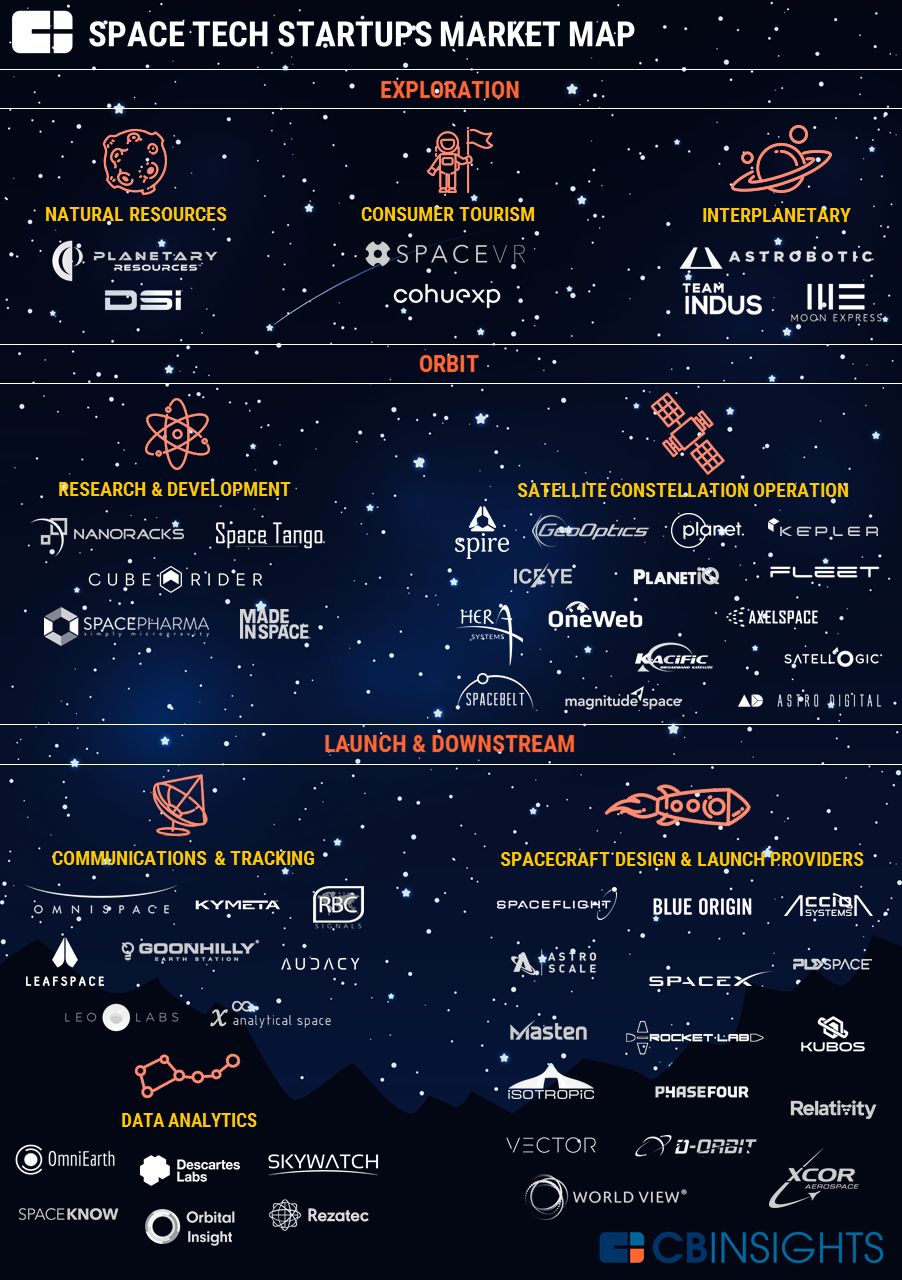 The Space Tech market is starting to be interesting.

According to a recent note by Morgan Stanley quoted by Business Insider, the space industry could reach $1.1 trillion by 2040. Bank of America/Merril Lynch is even more optimistic, since it forecasts $2.7 trillion by the same year ­­– a big step away from today’s $350 billion dollars. The 20 companies best placed to profit from the ongoing revolution is interesting, since along with predictable names such as Lockheed Martin, Immarsat, Softbank, Boeing and Qualcomm, there are those of Amazon, Facebook and Google (Alphabet). Why? The answer is in another report released by Morgan Stanley, which cites internet bandwidth as the most valuable segment of the space industry market: “The demand for data is growing at an exponential rate, while the cost of access to space is falling by orders of magnitude”. It also provided precise figures: “Currently, the cost to launch a satellite has declined to about 60 million from 200 million dollars via the use of reusable rockets, with the potential to fall to as low as 5 million. And satellite mass production could decrease that cost from 500 million dollars per satellite to 500,000 dollars”.

No government had ever succeeded in using the same rocket and it wasn’t until it was tested first by Amazon, with Tesla following soon after that this game-changing technology took flight. This will be a crucial year to Virgin Galactic too. Richard Branson’s spaceline company which promises to operate orbital and suborbital spaceflights with spacecraft manufactured by The Spaceship Company (a partnership between Virgin Group and Scaled Composites). By April 2019, space tourists will have one more options to choose, since Amazon’s Blue Origin will begin operation of its spaceflights. 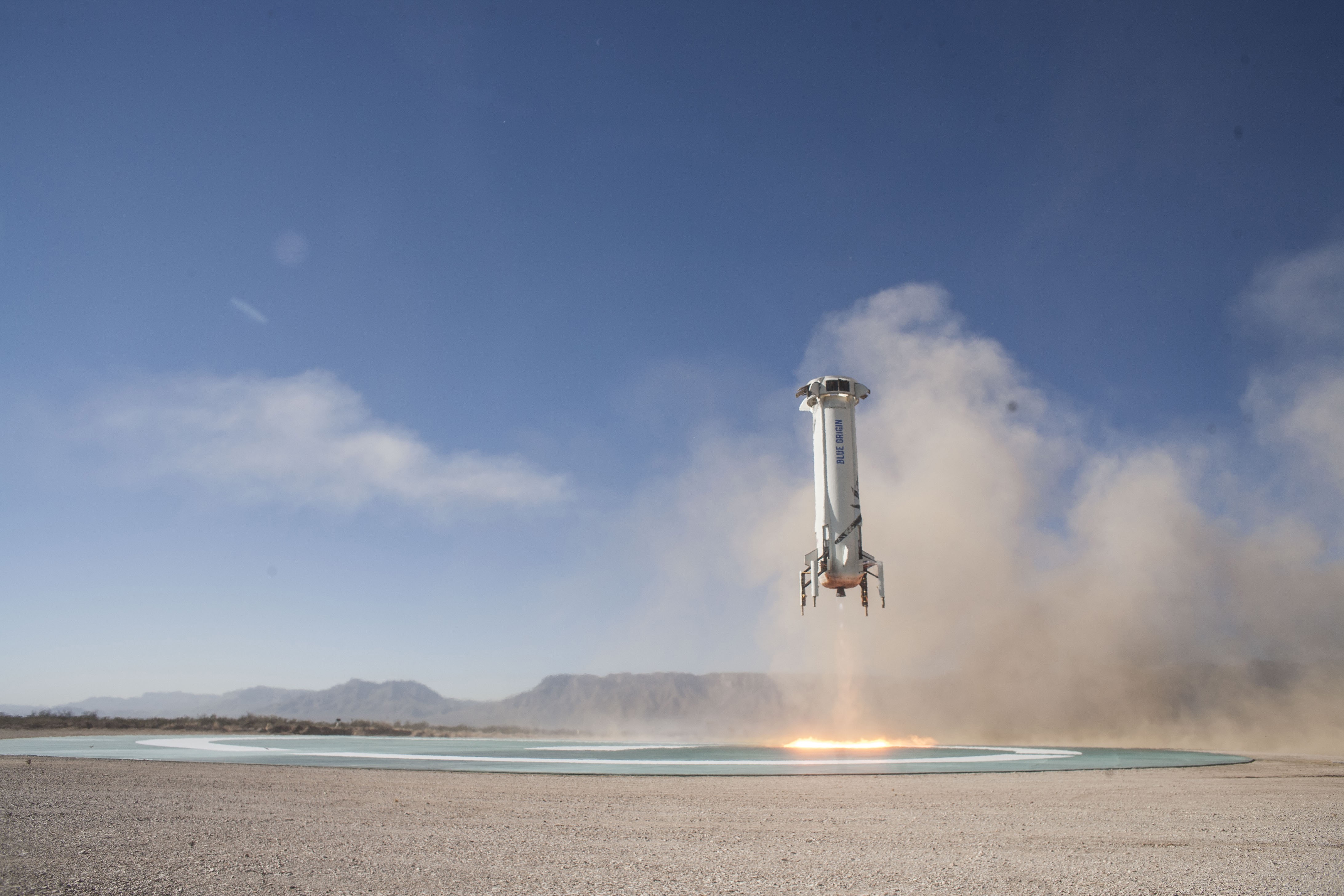 Behind companies of this kind, there usually is a visionary and charismatic founder. Among them, Tesla’s Elon Musk stands out: the recent launch of Heavy Falcon rocket was a proof of his ever-growing ambition and marketing skills. The rocket, “the most powerful rocket” ever made, brought a Tesla car to space, in one of the the most eye-catching, memorable and displays of human ingenuity ever seen. SpaceX’s plans are ambitious: to bring tourists to the moon by the end of this year and, by 2024, to Mars – the colonization of which was the company’s main goal from its inception in 2002.

The Red Planet is the ultimate goal of this new space race, just as the moon was during the Cold War. There are some logical reasons for this fixation. Mars One, an organization led by Dutch businessman Das Lansdorp, whose mission is that of establishing a human colony by 2032, lists some of them. Firstly, it’s the most habitable planet in our solar system, since its soil is in reach of water. It also has the right temperature to host life, a gravity human being could feasibly adapt too and is protected by cosmic radiations by its atmosphere. “Mars is the stepping stone of the human race on its voyage into the universe. Human settlement on Mars will aid our understanding of the origins of the Solar System, the origins of life and our place in the universe”, its site claims.

This planet has always exerted a mysterious attraction to us and our culture reveals it. Just consider where aliens who want to invade the Earth in The War of the Worlds come from? Mars, of course. This science fiction novel by Herbert George Wells was firstly released in 1897 and it is just a part of our ever-growing “obsession” which dates back over a century at least. So many are the authors who wrote about the Red Planet: famous writers such as Isaac Asimov, Ray Bradbury, Philip K. Dick and Kurt Vonnegut. Hollywood exploited the planet’s evocative power even more intensely with tens of movies involving Mars in one way or another, the last one being The Martian (2015), directed by Ridley Scott.

In 1976, the Viking lander delivered the first images of the planet’s surface, but – as technology improved and clearer pictures were sent to Earth – things only got more confusing: they were not clear enough to help us decipher constructions resembling pyramids, a human face impressed upon the landscape or even what looked like streams of water. Astrobiologists, scientists and ordinary people have been discussing ever since. In 2015, NASA announced an astonishing discovery: that flowing water existed within Mars’ crust. But was it really water or was it simply sand? Mar is still untouched but mankind is closer than ever to solving its mysteries. Finally, we might be able to answer Bowie’s question: is there life on Mars?

Moving forward through a crisis