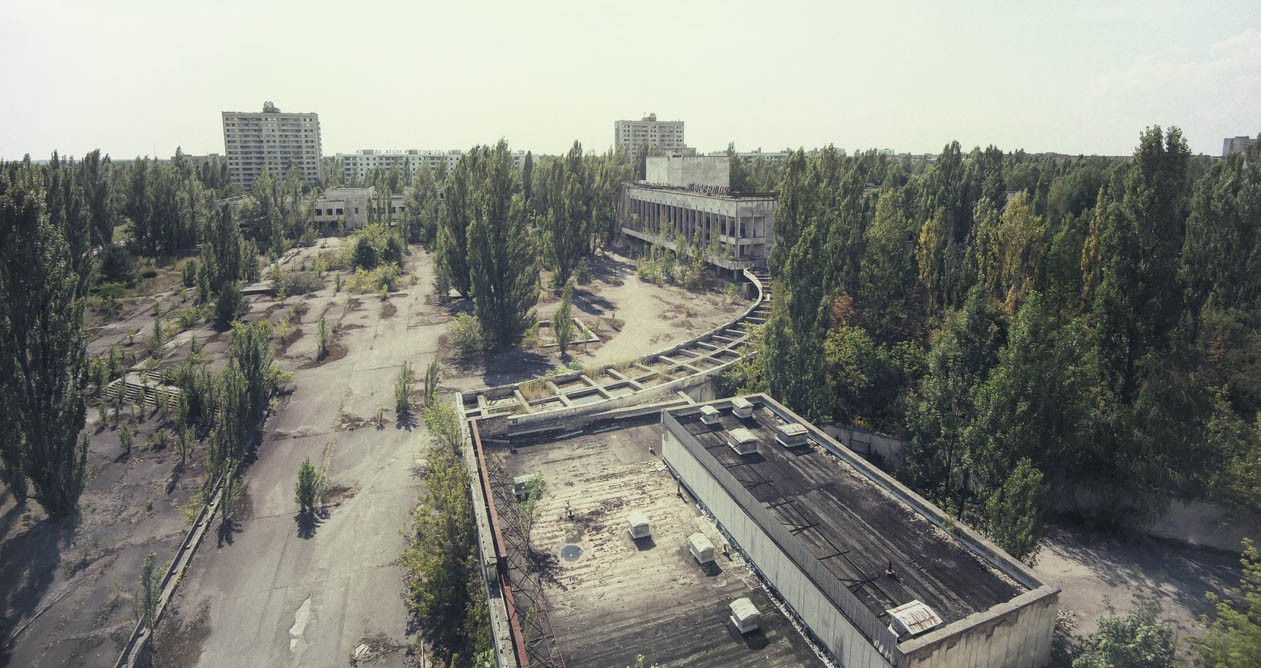 — The apocalypse is here; it’s just unfolding in an unexpected way. How can a civilization teach itself how to die?

Scientists, writers, philosophers: the ranks of those who believe that a mass extinction is happening are swelling. The question to be asked, therefore, is not when, but how. We discussed it with Roy Scranton, a philosopher, writer, and Iraq War veteran who authored, among others, We are doomed. So what? and Learning to Die in the Anthropocene: Reflections on the End of a Civilization.

In a recentstudy published by the Ecological Society of America, researchers hint at the possibility that the Chernobyl disaster may have built a paradise: the absence of human beings may have brought back wild animals and nature at its best. Would the world be better off without human beings?

To answer this question, we should first ask ourselves what “value” means and how to measure it. Massive catastrophes and extinctions have peppered the geological history of our planet; such events have made possible a whole new flourishing of different forms of life, on one side, and at some point will eventually make Earth no longer capable of sustaining life, on the other. In this context, what we can be certain of is that, in terms of biodiversity, human beings have been an unmitigated disaster for Earth. So in that respect, yes: things might be better on this planet without humans.

You referred to the apocalypse we are facing as a slow-motion ecological catastrophe.

What is the most frightening about the situation we're in now, is that there isn't going to be a single, worldwide disaster. The ecological catastrophe will unfold more in the form of an ongoing, constant change followed by another change again, and again. And there is no reason to expect a new stable system anytime soon: the force that we've exerted on the planet's climate system is so strong that it's going to be unfolding for hundreds of years.

How, then, will we react to each new shock and catastrophic event?

What our species has shown throughout history is its incredible adaptability. A recent study states how it takes only about two years for people to get used to a new sense of what's normal in weather. As the world around us gets warmer, we will experience a moment of shock with each, and new perturbation, discomfort, disturbance. Then, we’ll start getting used to it —over and over again. Unfortunately, that same ability to adapt is going to work against us as the slow catastrophe unfolds: it will consistently undermine any efforts to change.

Meaning that the much-desirable route change in our system is unlikely to happen.

But we are experiencing a change in culture.

That optimism, that sense that there's always more to extract and more room to grow, that we can always build new technologies that are going to change the world for the better, and that whatever human problems may arise are eventually solvable, is something embedded in capitalism. More and more people, though, are realizing that such a progressive, somewhat utopian belief system that has framed our worldview in the late-20th and early-21st centuries doesn’t work anymore. Acknowledging that there are problems with no solutions and that human existence is fundamentally tragic, is a cultural adaptation rather a cultural change: an adaptive response to the end of the postwar liberal belief in technological and capitalist solutions to human existence.

Will capitalism somehow be replaced by environmentalism?

I doubt that. Capitalism is a way of deciding where resources go and how they get used. Environmentalism is on a different level: it exists only within the world order that we understand as being shaped by capitalism, it doesn't come with a strong system ideology of how to organize human life, and it is predicated on the capitalistic idea that the nature of the environment is something outside of human life. Ecological thinking is the understanding that humans are embedded in nature, that human civilization and culture is part of the Earth's natural processes. All of our cars, cities, oil tankers, the carbon dioxide that we've spewed in the atmosphere – that's all inextricable from nature.

Some kind of alternative social organization based around renewable energies, one might hope. But it's more likely that what we'll see is some sort of regressive feudalism where capitalism is piece by piece replaced by a more static and oppressive hierarchy of inherited faults.

We are doomed, but we should not despair. However, the idea that we can save the world through individual consumer choices is reasonably not enough. What should we do? What does living ethically mean?

Living ethically in the world that we've made means recognizing that each individual existence is not independent, but dependent on other existences. As we make choices, we have to think over the effects that these have on all the other beings we relate to. But it also means reconsidering if our goals and values make sense in a world of increasing precariousness and suffering.

Do individual actions and choices make sense, knowing that what each person does isn't necessarily going to have any significant systemic effect?

We have to give up the idea that we do things that we believe are good to make the world a better place. That kind of hubris is misguided and actually harmful. We have to make more concrete and less abstract ethical choices, not because we think they might solve human problems forever, but to be a better person and to help those around us who are suffering. They need to be more concrete and less abstract.

In such a scenario, is there any room for hope?

Given the situation, it's not logical, linguistically speaking, to talk about hope: it's not a feeling that can help us in a way. We tend to confuse “hope” with optimism, or with an insistence that we have to believe that certain things are possible, or certain situations can turn out ok in ways that don't seem realistic to me. But there is another kind of belief in the human possibility that we can talk about as “hope.” It's not the comforting hope that the world is going to get better, or that we will experience a cultural liberation where everybody gets to be exactly who they would dream of being no matter the circumstances: none of that is sustainable. It's a belief in the possibility of human beings to make meaningful lives regardless of the circumstances. And that is the kind of hope that I hang on to.