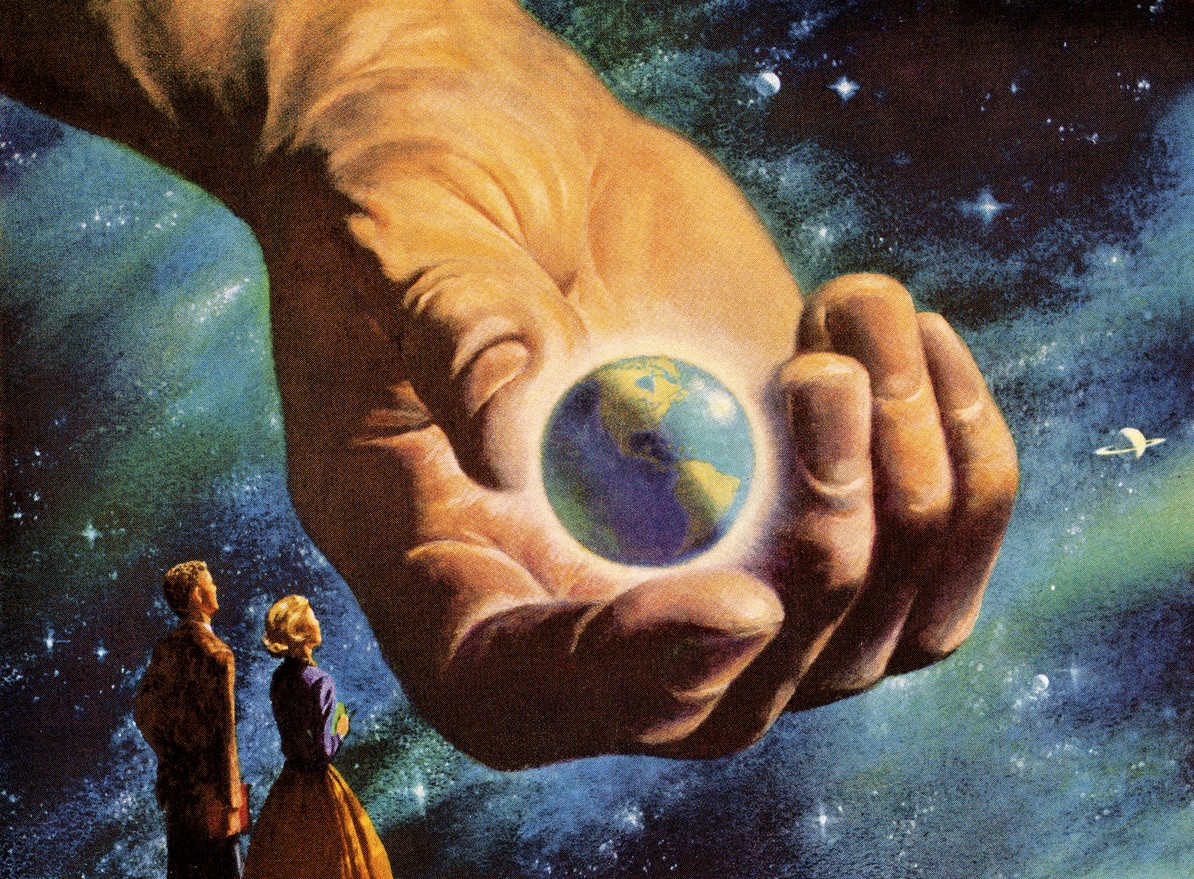 — Amazon is overflowing. The company, not the river that is. Founded by Jeff Bezos in 1994, Amazon began as an online bookshop and has evolved into the world’s number one virtual bazaar. Today, it is has manifested into something even more and, with no real rivals or competitors in the market, Amazon continues its quest for world domination.

The company has now begun to dive into a deluge of various business sectors. In the US it is involved in nine of the ten most lucrative industries: “information, manufacturing non-durable goods, retail trade, wholesale trade, manufacturing durable goods, healthcare, finance and insurance, state and local government, professional and business services”.

Traders and investors speak of the “Amazon effect” — the depreciation in value of companies operating in sectors where Amazon is said to be entering. Recently, firms such as Express Script, Aetna and United Health experienced this worrying effect. Amazon, in fact, is launching a new company operating in the Healthcare sector, after having joined forces with JP Morgan and Warren Buffet’s multinational conglomerate Berkshire Hathaway. The unnamed Health Venture aims to improve care for the one million employees working for the trio and to enhance efficiency whilst at the same time lowering costs. But this is just the first step: they could offer the same service to other companies, covering their workers, especially middlemen, around 150 million people, as Bloomberg wrote.

In the last ten years, healthcare costs have been rising more than inflation, especially as far as private insurance is concerned – as documented by Peterson-Kaiser’s Health Tracker System – and they are expected to keep soaring. This detail could explain why Healthcare is so enticing to Amazon, and the company has now has paid $1 billion in order to acquire the online pharmacy Pillpack – which packages and delivers pills for chronic illnesses across 49 American states. At the same time, it is expanding its operative radius into the home insurance field. According to The Information, in fact, Amazon would be ready to offer special fares in conjunction with the use of its connected home devices, which can detect the slightest anomaly and signal it in real time.

At a first look, it would seem that Bezos’ strategy is greed-driven and profit-centred. Of course, the smart home market is expected to boom and Amazon will profit from it, but the above acquisition of Pillpack, which has only few thousands of customers is small fry. How could it be valuable to a company which counts its users in millions? Why would Amazon be entering such a strictly regulated sector for such a negligible reward?

The answer is simple: data. Each time Amazon makes an acquisition, it buys another door to access to customers’ lives, getting the chance to know them better. By buying Pillpack or establishing a tech-focused healthcare provider, the Seattle colossus acquires something extremely valuable in the form sensitive health data – allowing it to cross check it with all of the other data previously gathered. It should not be forgotten, after all, that if there is one thing Amazon is master of, it is extracting value from data analytics.

So, the more it learns about us, the more it can sell, earn, consolidate its position, make new acquisitions and learn some more, and so on. Any other firm would be extremely cautious in entering a new market or a business area it never operated in before, yet for Amazon, this has become as natural as breathing. It has bought Kiva Systems (now Amazon Robotics), Zappos (an online shoe and clothing retailer) and Quidsi (an umbrella-company for a series of sites, including baby products online retailer diapers.com), just to name a few acquisitions.

Further to this, Amazon is branching out in ways not common in the world of data centered companies – it’s acquisition of Whole Foods, for example, a company worth just 2% of the grocery market, allows the online retailer access to its 450 brick and mortar stores. Stores that can be used to launch an Amazon-branded technological revolution in the retail industry.

The retailing powerhouse is also heavily investing in smart home Alexa-powered devices as well. In February, it has bought video doorbell firm Ring for $1 billion to bolster its home security products and to complement Amazon Key, which allows keyless entry and in-delivery service. Two months before, it had acquired Blink, compatible with its smart home line, Echo, for the same reason.

Through the technology already employed in its Smart home segment, Amazon can know how people behave in a physical store, how they select their choice in products, how much time they spend in front of which products as well as sell this fundamental information back to brands. Business professor Vijay Govindarajan told the Guardian that Amazon is “simply obsessed with understanding its customers”.

Amazon Prime Video (APV) perfectly embodies the brand’s philosophy. Born in 2006 as Amazon Unbox, it has become a major internet video on demand service, with an impressive library and the ability to produce original contents. APV is a channel to which only Amazon Prime members can access. This community, amounting to more than one hundred million people, is composed by Amazon enthusiasts who pay a monthly or annual fee to have the items they buy delivered for free within 2 days – as well as big discounts and a smorgasbord of benefits such as music and videos.

Titles like “Amazon is the new Netflix” come easy but they are misleading. The former knows so much more than the latter about its viewers Amazon knows almost everything, so it can easily predict what shows are better suited or will be better received by each member as well as which advertising will be more effective and at what time. It even has technology which allows pausing a commercial if the viewer isn’t watching the screen.

Profits are not pivotal in Amazon’s business strategy. They are not meant to come easy and soon. But they will come. Amazon, which has a market cap of around $740 billion, last year had revenues for $178 billion. If between 2012 and 2018 the S&P Index increased by 102%, Amazon’s value rose by 560%. And it is becoming a powerhouse in advertising as well.

Of course, Amazon has a dark side too. It has been harshly criticized for the way its workers are treated, its supposed positive effects on employment have been questioned and the rise of a giant which in the long run could become a monopolist promises nothing good. So far, what it has given terms of technological innovation has been compromised by the jobs it has displaced by disrupting businesses and by automation of its production flows.

The risk is that considering Amazon as one of the few tech giants currently dominating the world economy, in the same league of Apple, Google, Facebook, IBM or Microsoft when, in fact, it could soon leave them behind. As Marketing professor Scott Galloway wrote on Wall Street Journal: “After spending most of the past decade researching these companies, I’ve come to the conclusion that our fears are misplaced in focusing on what I call the Four. We should instead be worrying about the One”. Guess who it is.