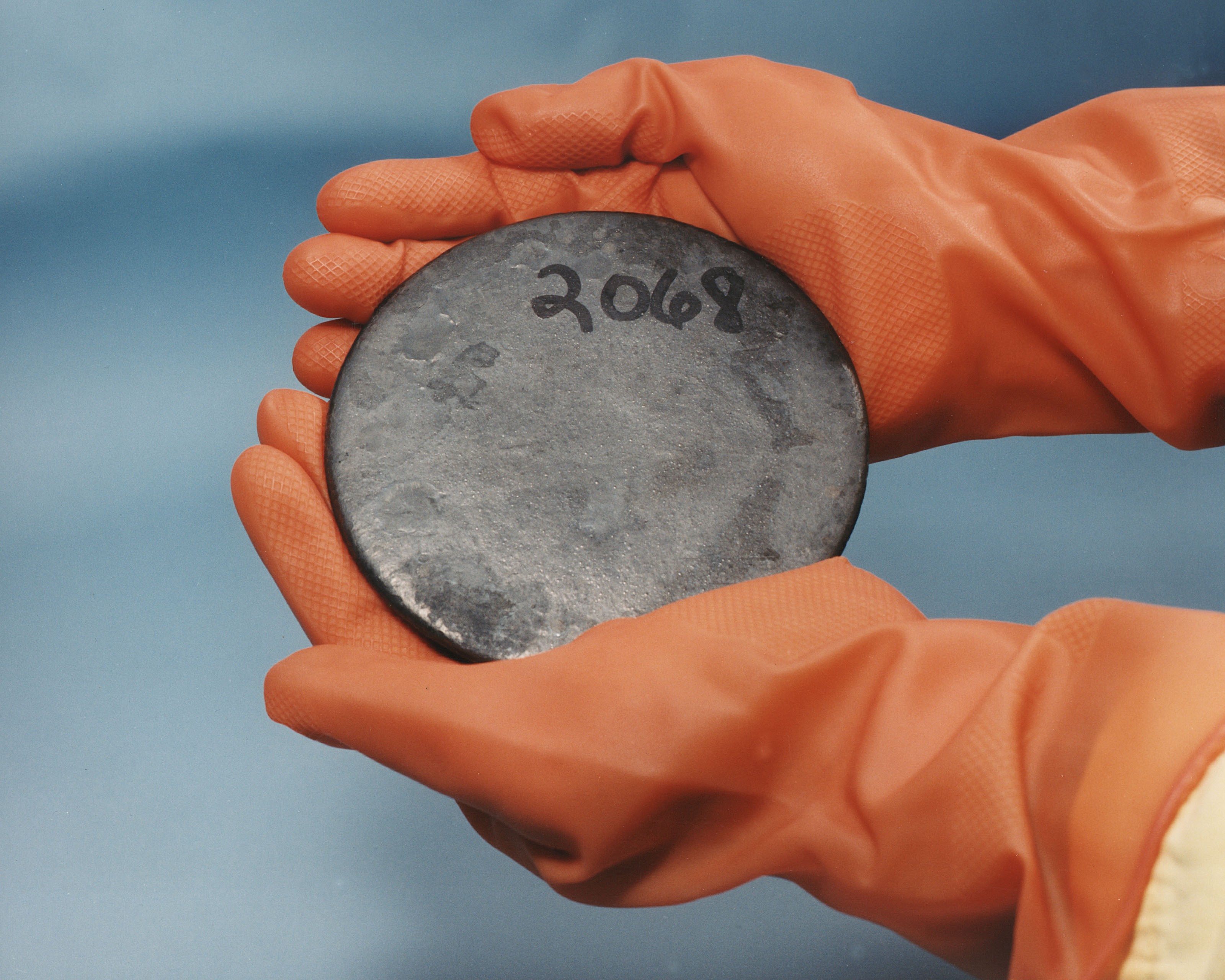 — Advanced Fission is an array of new research and experimentation, mostly developed over the last two decades, which was meant to achieve an outstanding goal: that of producing plenty of cheap and clean energy to cut dependence on oil and gas. It is not a dream: it is the only way to avert climate change.

We need more energy, but we cannot continue to extract it from fossil fuels, because we’ll be sawing off the branch we are sitting on, nor we can hope to fill this energetic gap through renewable energy sources only since they fail to provide enough power. There will always be an unmet demand for power, especially considering how fast some areas like Asia and Africa are developing in terms of population and infrastructure. As such, their economies are growing at considerable speed, and so are their domestic consumptions. Without alternatives, we’d find ourselves at a dead end. This is where Advanced Fission steps in.

Once upon a time, the fission reaction

The idea behind it is simple yet crazy at the same time. Scientists found inspiration by looking at what is the source of an almost perpetual, enormous, and steady flow of power: the Sun. This simple detail explains by itself why tomorrow’s atomic energy may have basically nothing in common with today’s and why it would be potentially limitless and with no ecological fallout.

The main difference lies in the reaction that produces energy. In today’s reactors, it is achieved by a process known as fission, which consists in splitting an atom’s nucleus into smaller and lighter nuclei, thus producing free neutrons and gamma photons. It creates a large-scale chain reaction in which expelled neutrons split the nuclei of other U-235 (an isotope of uranium) atoms, thus releasing further neutrons and so on. If it happens millions of times, it creates an astonishing amount of heat.

This energy comes at a cost though – the problem with fission is that its constitutive elements are not easy to find since the chemical elements sustaining the reaction, are isotopes of uranium and plutonium: i.e., nuclear fuel. Even more troublesome is that it leaves behind an amount of long-life, highly toxic waste which is not easy nor cheap to dispose of.

The new clean energy we need

Next-generation reactors may be producing power through a completely different process, fusion, which – as its name reveals – operates by combining atomic nuclei: creating a new atom which is bigger and heavier than the previous two but that is smaller and lighter than their sum: the missing part is released as energy.

There are several approaches to achieve such an outcome, on the atoms chosen to be combined. However, the most promising recipe is the one fusing one atom of deuterium with one of tritium. The former is an isotope of hydrogen, which means that the most precious element to ignite the fusion reaction is also the cheapest: water. The energy thus produced could work on the same generators now running on coal and gas as it would create steam power, which means that this power could be ready to use without any disruption of the grid. If compared to that of oil derivatives, the energy thus produced has an outstanding power: one liter of seawater generates the energy produced by 299 liters of gasoline with almost no waste.

Too good to be true or at least too good to be easy. Scientists have been trying to replicate this fusion since the ‘60s, but until a few years ago, any progress was barely noticeable. Creating the conditions to get something resembling the solar plasma has been an extremely challenging goal. For the atoms to move at astonishing speed, colliding and fusing, unfathomable temperatures and pressures are needed, higher than those in the Sun, which has a core of 15 million degrees Celsius. As an example, for the deuterium/tritium’s combination to ignite the desired reaction, heat has to reach 39 million degrees. Other recipes need even higher temperatures, close to 100 million degrees Celsius. Same for the pressure. The Sun’s gravitational force is 27 times that of the earth, and that’s why solar fusion can occur there at a much lower temperature.

Solar plasma, a soup of gasses ranging from 100 to 200 million degrees Celsius, poses another major problem: how to contain such a substance without inflicting mass damage to the plant itself. This is the area of research fusion companies have been investing in the most. Among the projects being worked on in the world, two seem to be standing head and shoulders above the rest. One is EAST, which stands for Experimental Advanced Superconducting Tokamak. EAST is a reactor built by China’s Institute of Plasma Physics. In November 2018, it became the first ever reactor to reach 100 million degrees Celsius.

Its main rival is ITER: International Thermonuclear Experimental Reactor. Located in Cadarache, Southern France, ITER is a €22 billion project which brings together scientists from 35 countries (including the EU, India, Japan, South Korea, and the United States). These scientists have joined forces to achieve the first positive fusion energy. Initially, it should have turned on in 2018, but researchers were forced to postpone its launch to 2025. According to the last known schedule, the first full-power fusion should be generated in 2035. Unfortunately, by that time we may have already developed our first clean nuclear energy, making it in many ways redundant.

Which is fine, because it is, of course, important to keep investing and developing other viable alternatives to be ready sooner, as suggested by the Academies of Sciences, Engineering, and Medicine. Last December, it delivered the result of a study by the US Secretary of Energy. The group urged the government to develop an American Fusion Strategy and to do that by coupling investments in ITER (200 million dollars per year over the next decades) with investments in smaller projects with a shorter learning and development cycle.

In this, the Academies of Sciences, Engineering and Medicine were most likely referring to SPARC, a scaled down version of the ARC (Affordable, Robust and Compact) reactor and a concept developed by the Commonwealth Fusion System in collaboration with MIT’s Plasma Science and Fusion Center – funded by the Italian oil giant ENI. SPARC would be half ITER’s diameter, cheaper to build and would have a lower Q: a letter which indicates the ratio of energy used in the process compared to what is gained. ITER’s Q is 10, meaning that scientists have to extract 10 times the energy they employed to ignite the reaction before passing to the next operational phase while the MIT reactor’s Q is just 3.

SPARC has an innovative design too, but the most notable feature is the technology used to solve a longstanding problem for the next generation of fusion reactors: how to reduce heat before it causes structural damage to the plant. In fact, today’s reactors cannot work for more than a few seconds before overheating. The solution lies in high-temperature superconducting magnets, an invention originating in MIT’s research lab which led to designing a chamber that can be opened, thus allowing for replacement of its inner components.

Magnetic confinement, as designed in the SPARC reactor, is one of the three techniques to handle heating plasma, the other two being inertial confinement and magnetized target fusion. What all of these projects, EAST, ITER and SPARC, have in common is the Tokamak. This Russian word is used to indicate a special donut-shaped (or torus-shaped, to use the correct geometrical definition) magnetic confinement device developed to produce controlled thermonuclear fusion. It is surrounded by coils that generate a magnetic field that suspends and squeezes the plasma.

Mistrust in atomic energy is still high, especially since the Fukushima’s accident in 2011. Fukushima reminded us how a simple incident could turn into a large-scale catastrophe when an atomic reactor is involved. Scared by the footage coming from that nuclear city, many countries acted consequently. Germany is expected to shut down all its plants by 2022 while Italians ruled out new investments in this field in a referendum held a few months after the Japanese tragedy.

However understandable, this may prove to be a very short-sighted strategy, even according to the historically nuclear-skeptic Union of Concerned Scientists, which in 2019 was quoted by the MIT Technology Review as saying that all that those closedowns would achieve is a reduction in the amount of energy we had access to. The resulting increase in our dependence on natural gas would cause a rise in carbon emissions by 6%, and we need cleaner fuel to counter such an increase.

Not every hope is lost, however. Recent impressive technological advancements in superconducting magnets, simulators, and reactor materials paved the way for many private companies to join in the research, thus creating inviting market niches which have attracted other companies. Nuclear technology has been for long the preserve of a very small group of players, which now have multiplied into a variety of public and private actors. It means more collaboration and more competition, which raises the bar of the research and speeds up the development of the technology we need: the same as has happened in the space industry. Both developments are good news, for if we fail to prevent temperatures rising above the fatal 2-degree threshold, sooner or later we could be forced to pack our things and search for a new planet to inhabit.